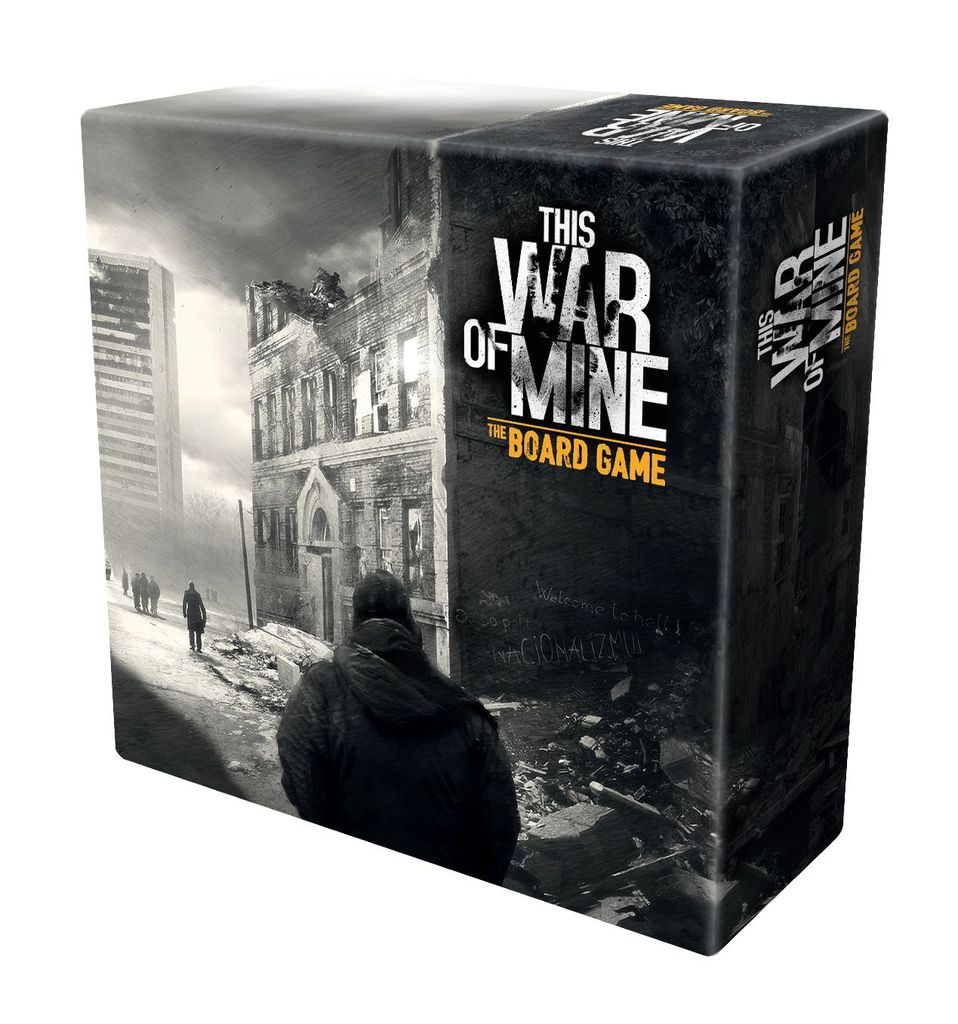 War. War is a horrendous thing. It brings nothing but tragedy and death to the people involved on both sides and causes destruction, famine and pestilence to the civilians unlucky to find themselves caught in the middle of it. Over the years there have been many different depictions of war across popular media, from depictions of soldiers on the ground, to depictions of the upper echelons of military command, right down to the non-combatants trying to survive. Perhaps one of the most thought provoking pieces of media in the interactive spectrum is ‘This War of Mine’, a game created by an indie studio that truly depicts the struggles of civilians during a war. Now the experience has made its way to the physical realm with This War of Mine: The Board Game.

This War of Mine: The Board Game comes to us from Awaken Realms and was designed by Michal Oracz and Jakub Wisniewski. The game focuses on a small band of civilians during a war inspired by the real life Siege of Sarajevo during the Bosnian War. This band of civilians have to do their best to gather supplies, keep their base safe, and attempt to avoid getting caught up in the violence that the war has caused.

A lot of the gameplay of This War of Mine: The Board Game takes a strategy form, moving through several phases that cover different times of day. During the day time, you must prepare yourselves and your base as best as possible to survive the onslaught that the night time brings. At night, you must choose how many characters will take to the streets to scavenge for supplies, how many will get some much needed rest, and how many will defend the base from the inevitable night raids. 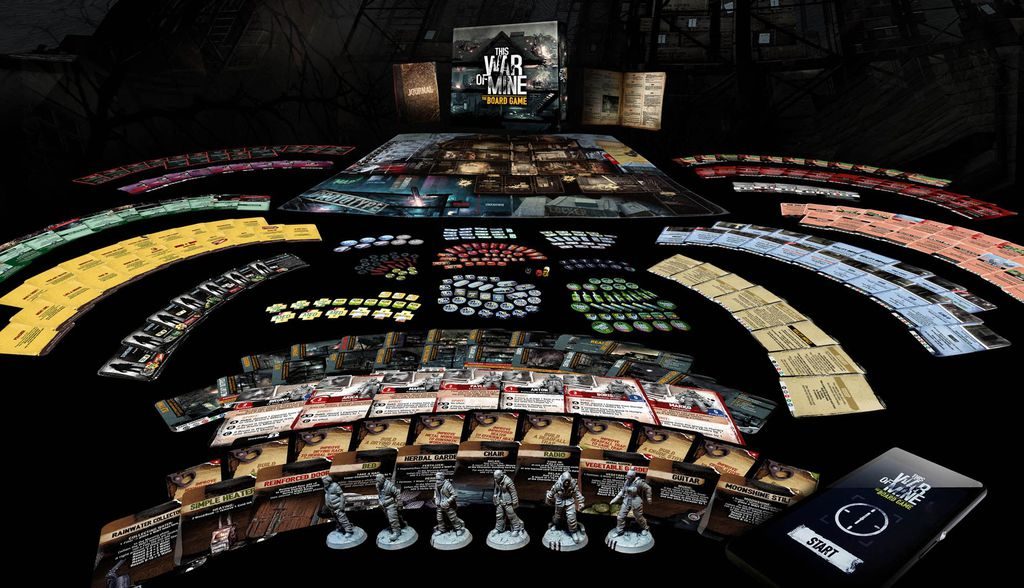 An interesting factor in This War of Mine: The Board Game is that you don’t need to read the rules before setting up the game and getting started. The game comes with two books, a journal which details some of the basics, as well as running you through the different phases, and a script book that contains the narrative, as well as some rule clarifications. The FAQS being in the script book has some pros and cons, namely the fact that while having the FAQS in the script book cuts down the text in the journal, it does also make it a bit harder than necessary to look up specific rules if you get confused.

There are a lot of things that your characters will need to keep themselves safe, happy, healthy and warm. You need to keep your base warm to prevent illness, you need to keep a constant supply of food and water and you need to try your best to clear space so you can build things that will aid you in your defence and survival. There is a lot to manage during the day, and it can be quite difficult to get enough resources together and tasks completed to stop your characters’ conditions from deteriorating, especially since the worse they get, the less actions they can perform. This does sort of create a slippery slope effect, like a few minor injuries quickly snowballing into every member of your team being immediately dead.

Not that this should necessarily be taken as a bad thing. The whole point of This War of Mine is that it depicts the realities of the effect war has on the civilian population. This means that the original game is crushingly hard in order to show how hard it can be for a person to survive a war, and that is no different in the board game. It is important to bear in mind that there’s a big chance it could take you months and months of games to actually successfully reach the ending, so if you’re not in for a tough experience, then you may want to give it a miss. 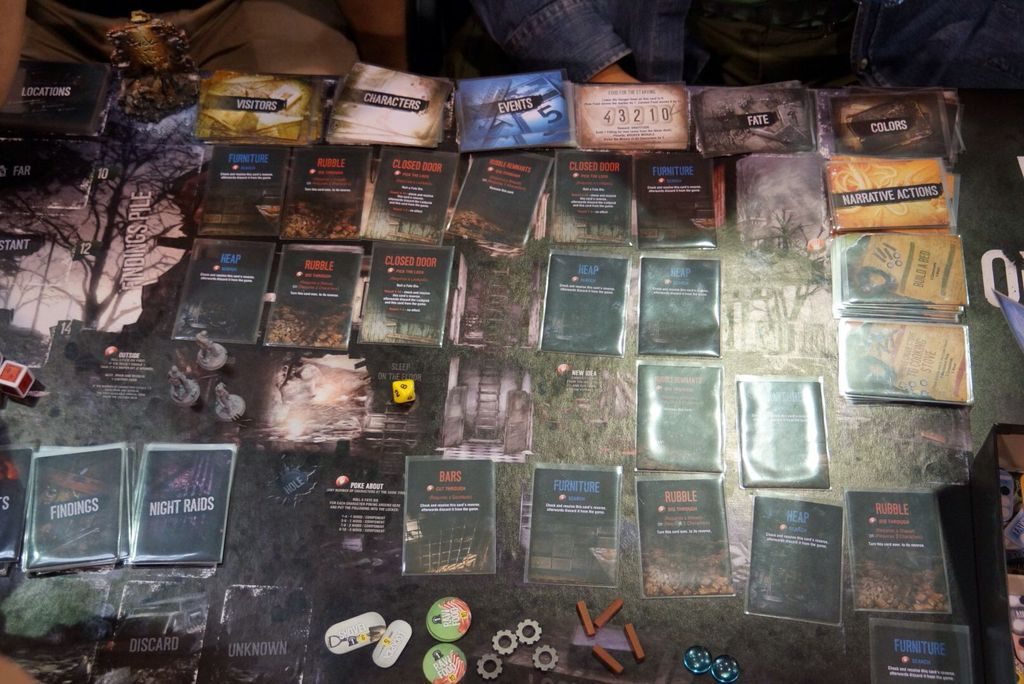 All that being said, there is a difficulty curve. As time goes by, harder and harder cards are added to certain decks that make the different tasks more dangerous. This mainly affects the ‘night raid’ and ‘residents’ piles. The night raid pile is a deck of cards that you draw and resolve once per round, usually doing damage to your defenders and stealing resource tokens from your supply. You can offset this by arming your defending residents, patching up holes in your base or building defences, but they tend to be the hardest part about the game. The residents pile is a deck of cards that you resolve if you make too much noise during a scavenging hunt, and it can either force you to interact with people or go directly into combat with some enemies.

The residents deck can have some pretty brutal cards to deal with, but because you have some agency in avoiding resolving these cards, they aren’t too hard to deal with if you’re prepared for them. The night raid cards are much more of a pain and are one of the few areas in the game that could do with some changes. Because you absolutely have to do the night raids, you can end up losing a lot of stuff during the early game, not to mention taking a lot of damage. The real issue, however, is that some of the easier cards get discarded as you resolve them, then harder cards get added in. Because there are so few cards in the deck, it means that you end up taking beating after beating from the night raid cards, and there’s only so much that defences and weapons can do, especially with your attention divided amongst other tasks.

The combat is also pretty unforgiving, but for the most part you’re very much discouraged from getting into combat in the first place. Combat is very much a last resort, and even when you have to take part in it, you can usually find a way out by either talking to your enemies or bribing them in some way. You roll a different dice depending on which weapon type you have equipped, and each character gets a certain number of re-rolls depending on their prowess in combat. The different weapons in each type also have different special abilities, sometimes allowing you to avoid combat entirely or at the very least taking out one of your enemies. 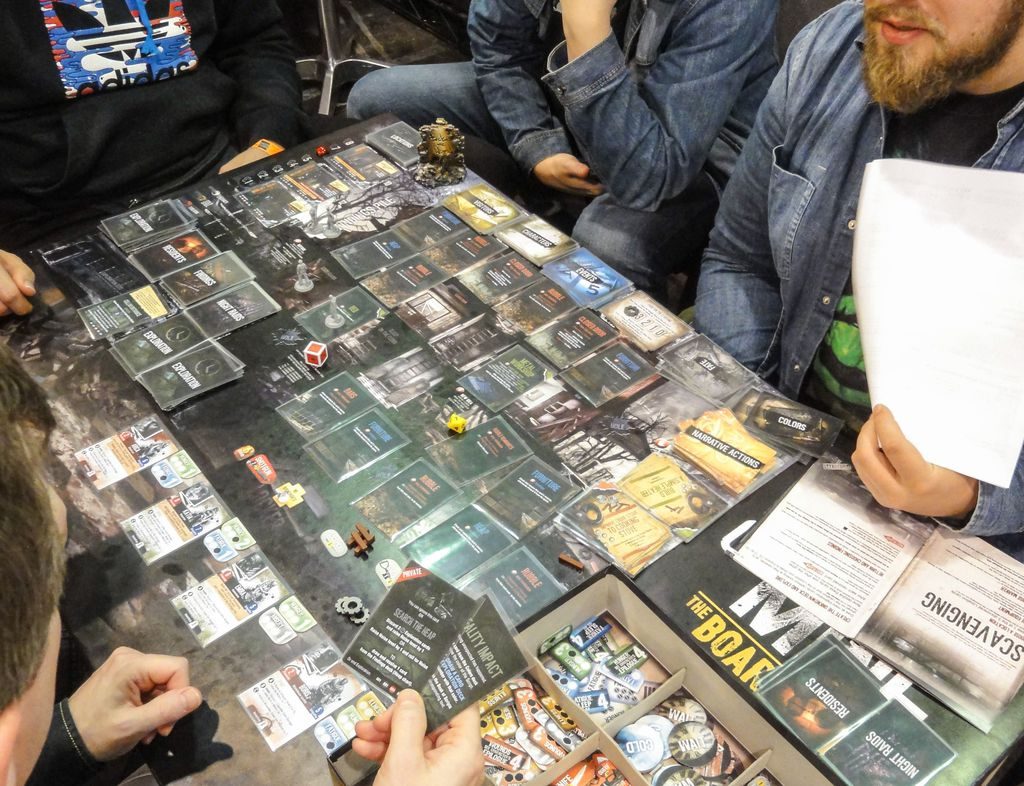 This War of Mine: The Board Game does feature a narrative, but in a very similar way to the video game it’s based on, it is not a linear narrative. The book of scripts contains different story beats that are numbered. When you resolve a card or activate a token with a certain number on it, you look up the text in the script book and read the text out to the other players. This means that the story can evolve in different ways each time you play the game, and that does give the game a whole ton of replayability. There are enough story segments that the game will probably feel pretty different each time you play it.

The script book does change hands quite a lot, however. The person who has the script book gets final say on all decisions, but they are encouraged to listen to all the other players. To make it more fair, the book is passed around every time the prompt comes up in the journal, which can happen every two minutes in certain phases of the game. Luckily, if you’re playing with people whom you trust well enough, you can treat the script book in a much more ad-hoc sort of way and just make decisions amongst the group, simply taking turns to read script when it comes up.

This War of Mine: The Board Game’s components are pretty well made for the most part, and there doesn’t seem to be any machining issues, which is pretty rare for most board games. Each of the playable characters has their own unique character models, and they are pretty recognisable up close. The figures are all grey, but honestly, it almost doesn’t feel worth painting them. The characters feel like they’re supposed to be in black and white anyway, so you can leave them undecorated without them seeming out of place. The biggest success is probably the insert, which is one of the best we’ve ever seen. It’s used throughout the game to separate the different tokens and is so solidly built that you can pick it up and it won’t bend at all, even when completely full with tokens. 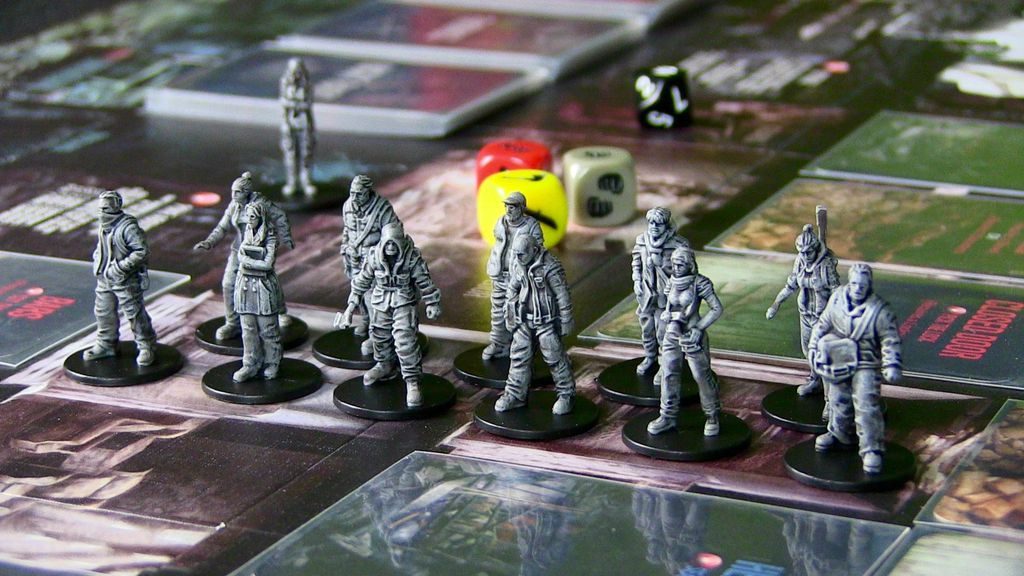 One of the most interesting features of This War of Mine: The Board Game is that you can save it midway through. It comes with two things to help you with this, a couple of giant baggies and a pad with specific spaces to write on. One of the bags is used to remove tokens and cards from the game for the rest of the campaign, and the other is used to put components in that are currently in use when you decide to take a break. The pad is used to write down which cards are currently on the board and what the state of the currently active characters is. These features are very useful, especially considering how long the game can run on for and how gruelling it can be. The only slight negative point is that the bags included are just plastic baggies instead of something a bit more heavy duty, like a drawstring bag, so they are pretty susceptible to wear-and-tear.

This War of Mine: The Board Game does a stunningly good job of capturing the feeling of the original game. It has an oppressive atmosphere and is probably one of the few games out there that can actually capture something of what it is like to try and survive through such a horrendous event. Throughout the course of the game, you are forced to make some tough decisions and possibly do things that you wouldn’t normally think you’d be willing to do, even in a board game. The chances are that you’ll play the game over and over, dying constantly, but the real point of this game is not to win but to take the journey.

Want some more depressing video game-based tabletop action? Check out our review of Dark Souls: The Board Game HERE 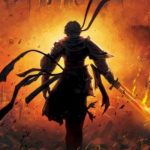 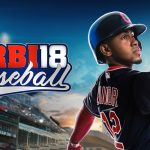