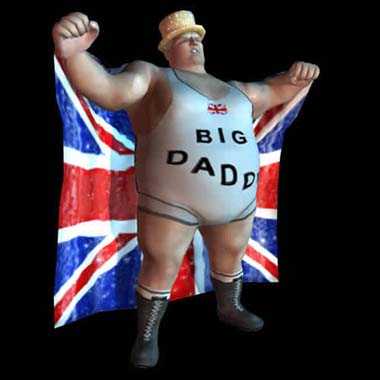 We’ve all got one.

A game from our youth that we sunk hours into, even if it was pretty mediocre when you take time to think about it. In most cases, we probably all knew that the game we spent warm summer days indoors playing was a bit of a duffer. We knew it probably wasn’t much to shout home about, as the problems with it were usually quite glaring, but the combination of youthful optimism and an empty wallet caused us to play it into the ground regardless. One of those games for me was definitely Acclaim Entertainment’s Legends of Wrestling II. 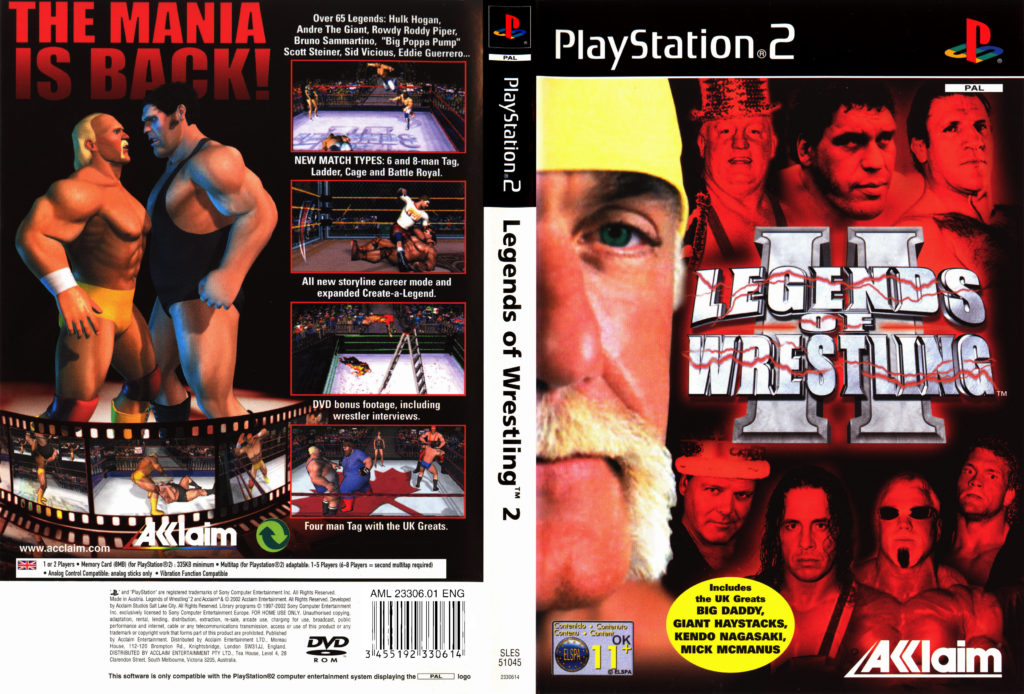 If any wrestling game can dine out on its roster, it would be LOW II. Not only does it have all the big hitters like Hulk Hogan, Bret Hart, and Andre the Giant, but it also has great mid card depth in the form of Brian Pillman, Eddie Gilbert, and The British Bulldogs. Chances are that if you were a fan of wrestling in the 70s, 80s, or 90s, there would be at least a couple of your favourites rumbling around on this roster. And if you were a huge fan of ITV’s World of Sport wrestling and lucky enough to own the UK version of the game, four of the top stars from that era in the shape of Mick McManus, Giant Haystacks, Kendo Nagasaki, and “Big Daddy” himself Shirley Crabtree are all present and playable from the very start of the game.

The game also has an interesting and different career mode for the time. Rather than just needing to go out and win your matches in career mode, you have to also entertain the crowd by filling an “excitement” meter during your bout. You fill this meter with basic things, such as countering your opponent’s grapple attempts, all the way up to knocking down the referee during the bout and diving outside the ring onto your hapless foe. You travel around the world competing in different territories, each controlled by its own promoter. Impress the promoter by having exciting matches, and you can eventually get a shot at the territory’s local Champion. Defeat him and then it’s on to the next territory until you have conquered the world of wrestling. Humorously, the Champions of each territory are seemingly picked at random by the computer, so when you first arrive, the promoter’s Champion could be a huge star such as “Rowdy” Roddy Piper or a middling tag team wrestler such as “Nasty” Brian Knobs. 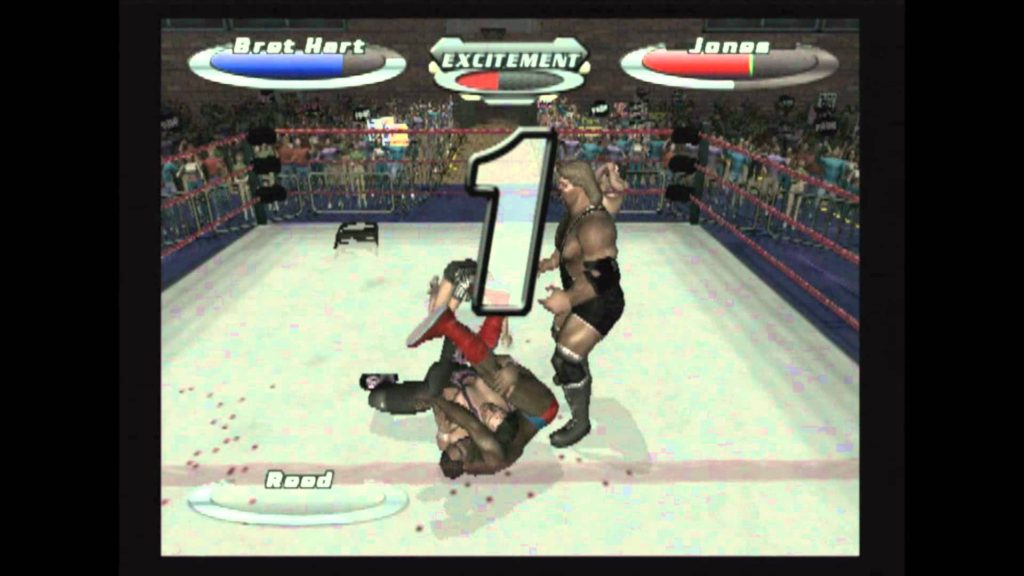 In career mode you first win the United States Championship before then also winning the World Championship. One of the perks of completing career mode is that you can then defend the US and World Titles in exhibition mode. Back in 2002 when this game came out, you couldn’t have title matches in exhibition mode on any of the major releases, so this gave LOW II a leg up over its competitors. It took until 2005 for THQ to finally bring them back to its WWE series and Midway didn’t even bother to include them in its TNA game. By completing career mode, you can also unlock additional wrestlers that can be bought in the game’s store. For instance, completing career mode with Bret Hart unlocks his brother Owen, whilst completing it with The Dynamite Kid unlocks his tag team partner Davey Boy Smith.

Winning matches unlocks green legend coins, which you can then use to purchase red and blue coins. The downside is that rather than just marching up with your green coins and buying however many red/blue coins you need for the unlockable of your choice, you instead have to play a tiresome “gambling” mini game which is both time consuming and utterly dull. 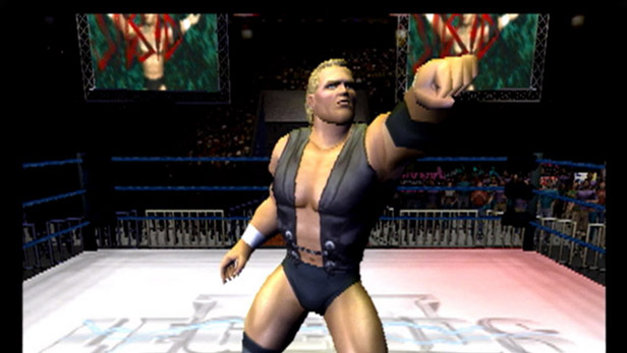 The wrestlers look like exaggerated and chunky versions of their real selves, with big muscle men like Scott Steiner and Hulk Hogan especially looking like they’ve been pumped full of air before going out to the ring. I quite like this though, as it makes the wrestlers seem larger than life. My only critique is that I find the arenas a bit dark and gloomy. If Acclaim were going all out to make the wrestlers as zany and colourful as possible, I would have liked them to have done the same with some of the arenas. Some are a bit brighter than others, such as the Roman Coliseum, and others like the home arena of Fijian native Jimmy “Superfly” Snuka have some colour and character to them, but they are in the minority. Possibly my favourite arena is the Tokyo one, which I hear was modelled on the famous Sumo Hall in Japan and has character oozing from every pore.

Gameplay is sadly where LOW II falls down somewhat. The game does include an interesting counter and chain wrestling mechanic, but that’s really the only bit about the controls that I like. When an opponent tries to strike or grapple you, a small bar will show up under your name with a time prompt to hit the “X” button. If you hit that button in time, you will counter your opponent’s move. Simple enough. However, what separates LOW II from other games of the time is that the counter battle can keep going at that point. For instance, if your opponent goes to body slam you, if you counter in time you will slip behind them into a waistlock, where you can then ideally hit them with a move of your own. However, your opponent will still have an opportunity to counter their own waistlock, at which point you can then counter that into a move of your own and so forth. This can lead to some tense standoffs as you keep countering each other, all while the excitement meter rises. 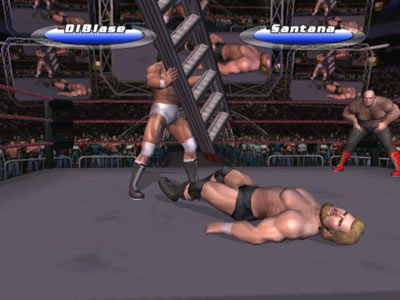 Tragically, this is the only game play mechanic that feels smooth and well thought out. The rest of the gameplay feels awkward and stilted, with poor hit detection and wrestlers staggering around with all the grace of a cement truck. It’s a massive shame as the game does a lot of good things and has a truly excellent selection of wrestlers to play with. Hulk Hogan even comes out to his WCW “American Made” theme, which just always fills me with nostalgic memories of watching “Worldwide” on Channel 5 every Friday night. How can you not love a song with the following chorus?

Ah, to be young again!

Looking back, I’m not surprised I played this game so much back in the day. Yes, it’s an absolute pig to control at times, but it also “gets” a lot of what made the classic days of wrestling so enjoyable. I can’t in good conscience recommend it because it’s not a particularly good game, but if you’re a longtime wrestling fan you’ll probably get a kick out of watching the entrances, so it might be worth it if you find it dirt cheap somewhere.

You can view YouTube Footage of the game, courtesy of TottsPlay, by clicking right HERE

James looks at why now is a good time to get into that Pokemon stuff all the kids are talking about, which you can read about by clicking right HERE 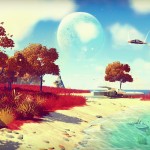