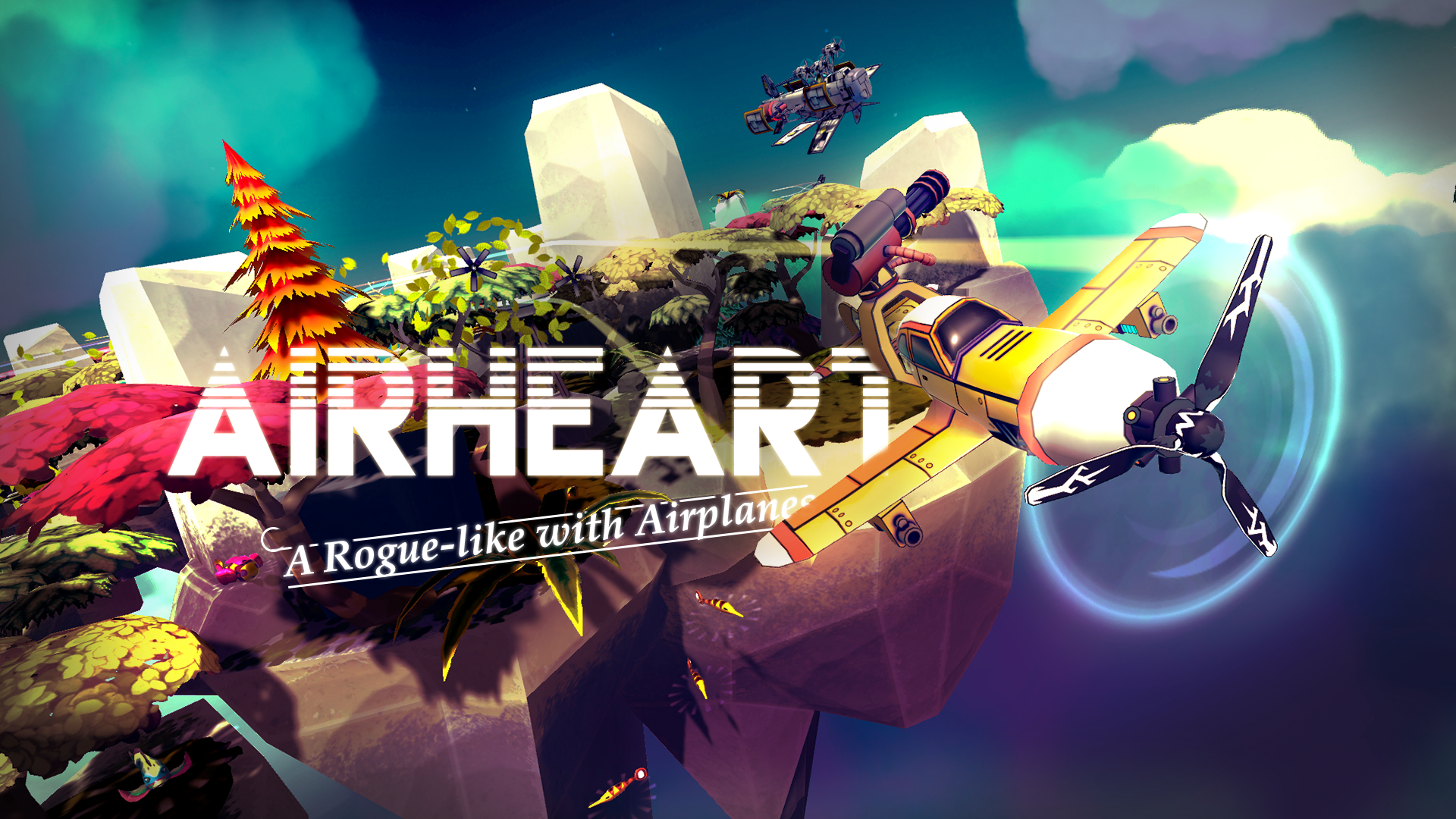 Look, up in the sky, it’s a bird, it’s a plane…it’s a fish? Welcome to AIRHEART where you take the role of Amelia, a sky fisherman who dreams of bagging the big one, the legendary Skywhale, and the fame and fortune it will bring. Set in a Dieselpunk inspired retro-future, you take to the sky in your plane to do your fishing and battling pirates along the way. Amelia crafts her plane from spare parts collected or bought from the money she brings in from fishing, and as resources get scarce battles will ensue. For a fan of rogue-likes and aviation like myself, this all seems like a very intriguing concept.

So, what exactly is Dieselpunk? Dieselpunk is similar to Steampunk but focuses instead on aesthetics of diesel based tech from the Interwar Period through to the 1950’s along with retro-futuristic touches. Essentially, add 20 years to the end of the Victorian era and it’s now Dieselpunk’s time. Now, for any aviation buffs out there, the Interwar Period goes by another name, The Golden Age of Aviation. It’s easy to see given the time frame for Dieselpunk why planes would be such an important part. Although coincidentally, there aren’t exactly very many diesel powered planes. 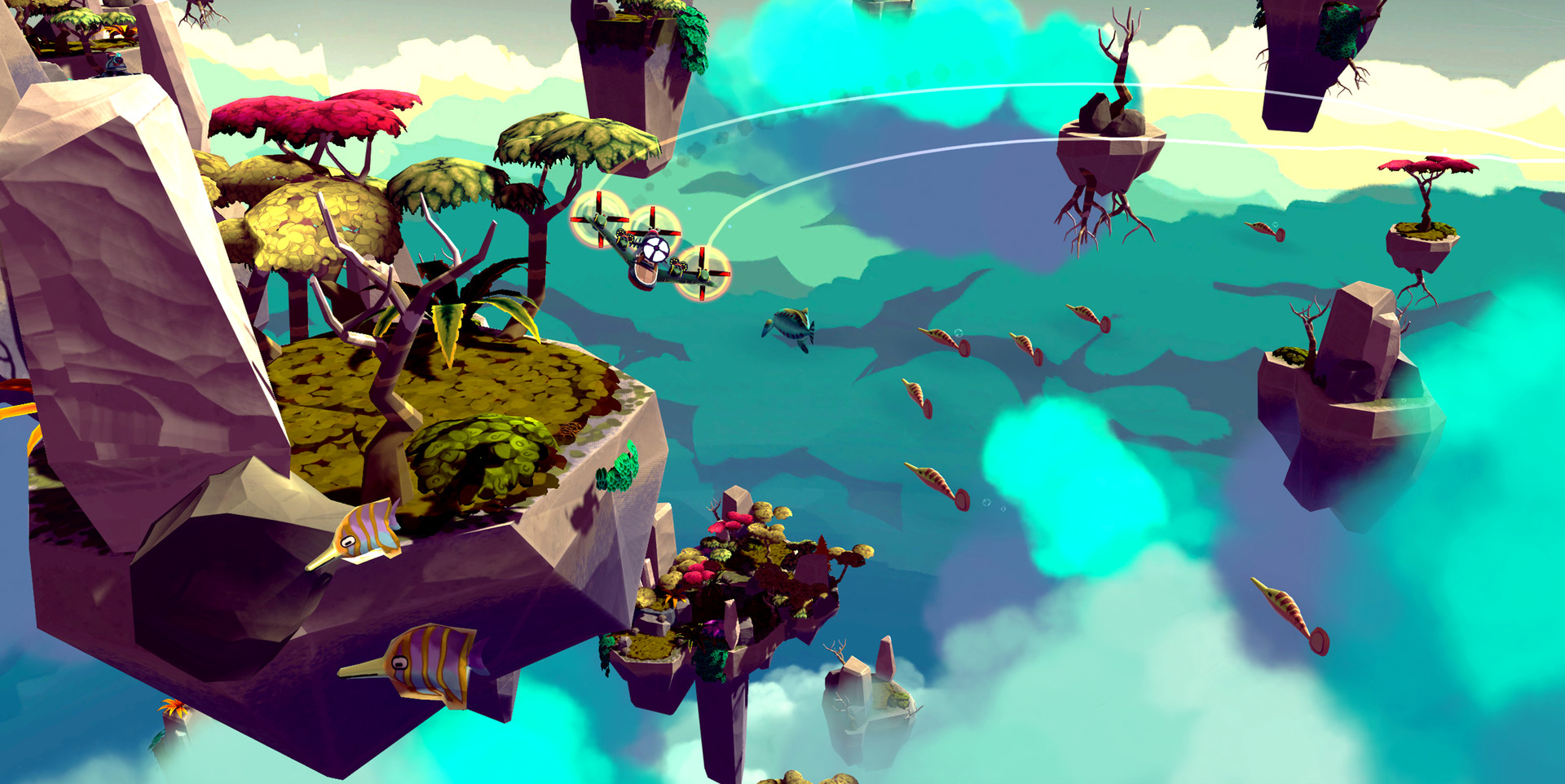 With that primer out of the way, time to take a look at the game itself.  AIRHEART at it’s core is a rogue-like game. Take your plane up in the sky and catch as many fish as you can. The fish are the main way to earn the game’s currency, which is used to buy new plane parts or to craft plane parts as well.  As you climb higher into the sky, the danger increases. Pirates are also roaming the skies as well.

This brings up a rather interesting point with the game. After harvesting fish from one level of the sky, the fish do not entirely replenish each time out. In order to gain money from fishing, it requires taking more risks as the higher Amelia goes, the more danger awaits. Increasing numbers of pirates are found at higher altitudes, and the leisurely fishing trip turns into a battle over an increasingly scarce resource. There is a bit of commentary here on the risks of over fishing and depleting natural resources, which is really a nice touch that adds a bit more to the overall picture of the game.

Battling it out with the pirates does have benefits though. Barrels of fish oil can be collected from defeated foes, which can supplement a low number of fish in an area, although these barrels do bring in less money than actual fish would.  Enemies also can drop scrap parts, which if enough of the same type are collected can be used to craft new pieces and weapons for your aircraft. This is a much cheaper option than just buying them outright but is, again, far riskier.  Crafting is really the most plausible way to go. 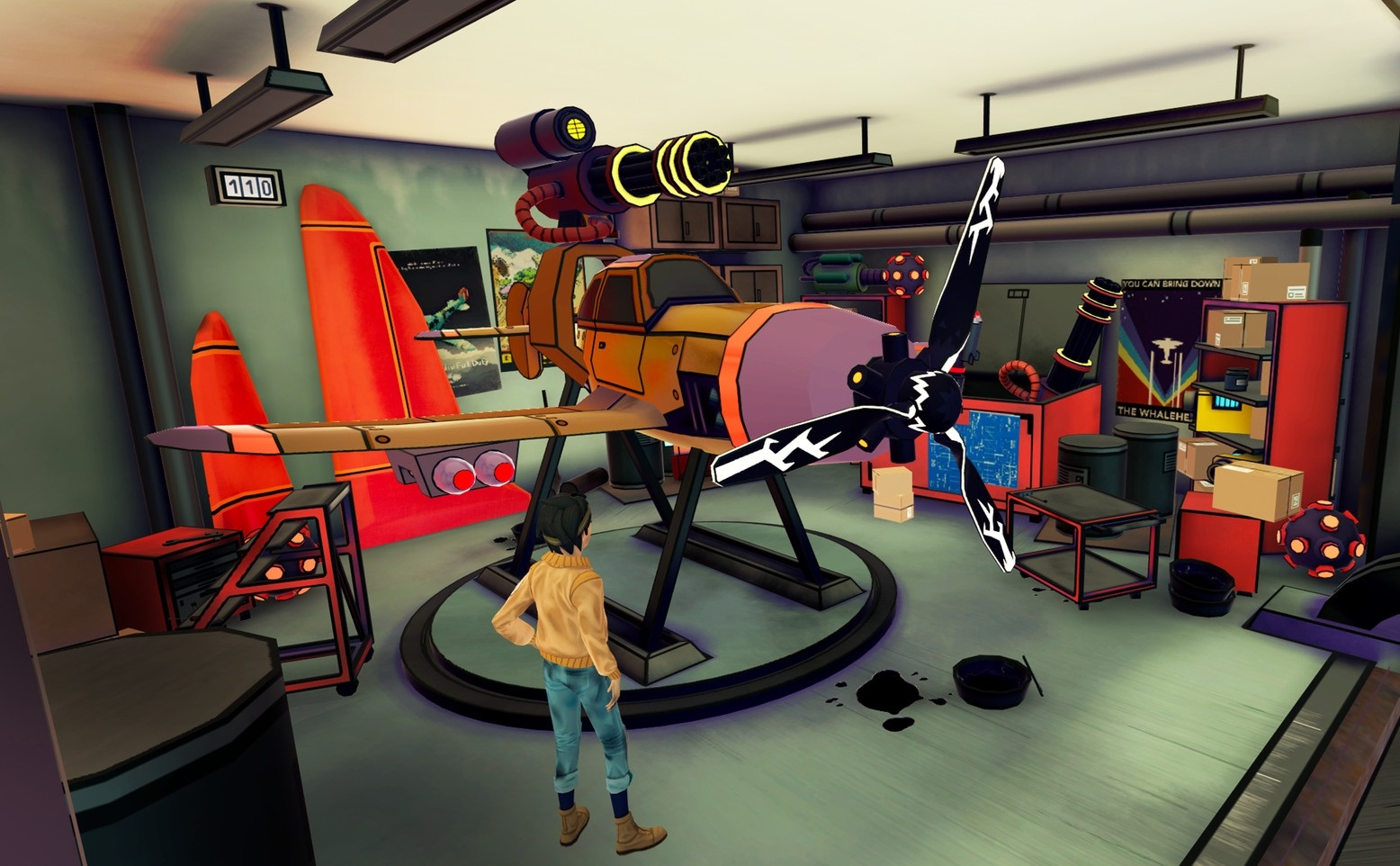 Amelia’s plane is outfitted with 2 different types of weapons, one wing mounted weapon type and another turret type that is mounted on top of the plane. Even at this beginning stage of Early Access, there is a good variety to choose from, with most likely more to come. The wing mounted weapons, of course, only shoot forward; they are more powerful but also cause the plane to deviate from its current path from recoil, some to the sides, others bring you almost to a dead stop and can be used, if you’re a bit tricky with it, to quickly change direction the opposite way. Turret weapons deal less damage but can obviously shoot in any direction with an aiming reticle similar to most twin stick shooters.

Movement in the game is essentially 2 dimensional, the only changes in altitude occurring when climbing to a new level or diving back towards home base.  While it is, again, near the beginning of its time on Early Access, the movement does seem a bit counter-intuitive as directions are fixed to the map. What that means is if the aircraft is facing to the right of the screen, trying to turn to the plane’s left requires pressing the up direction. Up always goes towards the top of the map, left to the left, and so on. This can be a bit hard to get the hang of as they simply do not correlate to the current direction of the plane. Even after a few hours of gameplay, I found myself still moving in a direction I did not intend.  While it makes perfect sense in a game set on the ground, not in any kind of vehicle, it’s very hard to get my brain working in a manner where turning my plane to the left from its current heading requires pressing a button that isn’t the left button.

Apart from the control issues, I did have a good time playing the game. It certainly seems like there is plenty of potential for this to grow into a really fun and addictive rogue-like. Thankfully, it isn’t the most punishing of experiences, as getting shot out of the sky puts the plane into a dive in which you have to navigate around floating islands and hope to land back at home base. Doing so only nets a loss of items picked up during the run and equipped to the plane.  Miss the landing strip, however, and it’s game over. Having only missed the landing strip once when I had nothing at all saved up, it was no big deal.  Although, I fully admit I was too scared to see if anything at all carried over if you died with more on the line, I just didn’t want to lose all that progress I had made to test it out. 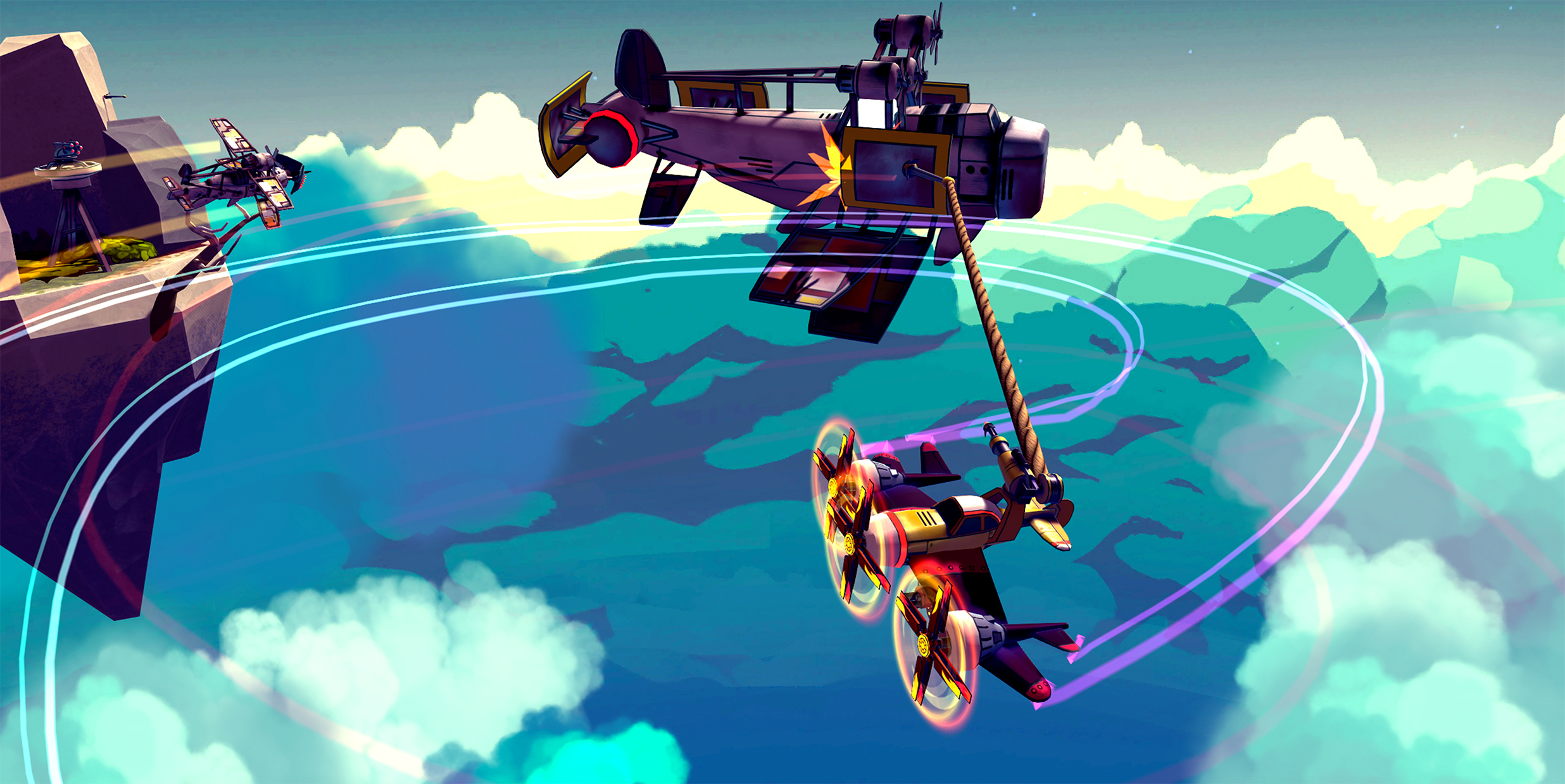 If there is one suggestion to make it would really be to expand upon that Dieselpunk timeline in the aircraft designs. As mentioned before we’re talking about The Golden Age of Aviation right up through the dawning of the jet age.  There are so many iconic designs of aircraft from WWII alone that would make rather interesting additions to the look of the kludged together plane. From the rather pronounced inverted gull wings of the F4U to bubble top, razorback, or birdcage canopies, twin booms of the Fokker G.I. and P-38 to even twin fuselages of the planes like the Bf 109z and P-82, there is a plethora of interesting designs that can be incorporated.

There is some hint of that currently, but it’s still something I would love to see expanded upon. Blohm & Voss concepts and planes seems like a perfect match for the Dieselpunk style. I hope to see some more with that in time. Again, it’s still in the initial stages of Early Access, so it very well could be in the works as we speak. I certainly look forward to seeing where this game goes as it progresses. This is certainly a game to keep your eye on. 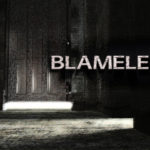 Indie Freebies: Blameless and Others 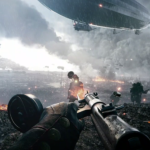