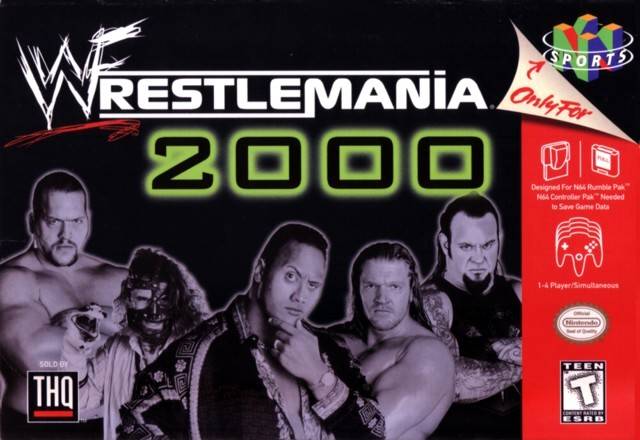 It had to happen.

However, despite the writing being on the wall for a while, it still hurt a lot of WCW fans to see their cherished N64 gaming series gobbled up by the more popular World Wrestling Federation. WCW’s reign at the top of the wrestling business, in many people’s eyes, came to a crushing end on the 4th of January edition of Monday Nitro 1999, where Hulk Hogan and Kevin Nash’s “Finger-poke of Doom” drove people in their thousands to the warm, welcoming arms of the WWF. But no, the real day WCW lost its war with Vince McMahon’s WWF was when THQ/AKI inked the deal for WrestleMania 2000.

WCW may have seen diminishing attendances at live events, falling television ratings and dwindling pay per view buys, but one arena where they were still the undisputed champion was when it came to gaming on Nintendo’s fifth gen console. By signing a lucrative deal with THQ/AKI, the WWF not only went and kicked WCW while they were down, they stomped gleefully up and down on their bollocks while cackling loudly. 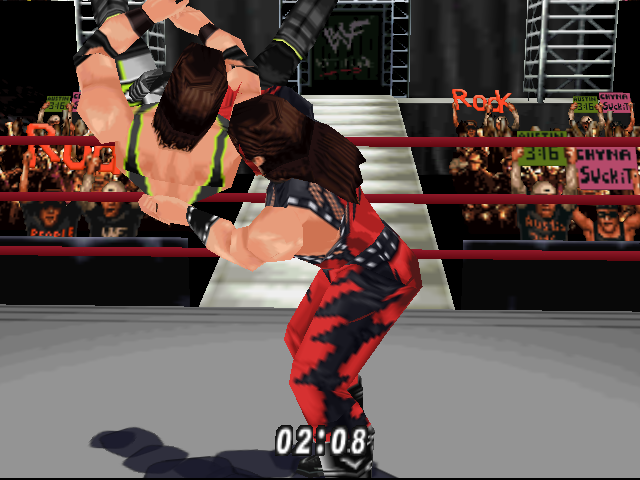 Sadly, this is also probably the worst of the four THQ/AKI games on the N64 for reasons mostly out of the company’s control. The gameplay is as polished as ever, with the spirit meter still in place but now changed to an “Attitude” meter to fit the WWF’s “Attitude Era”, which is a clever little difference. Wrestlers now have full entrances complete with their own unique entrance music, although due to the game being on a cartridge the audio is of a very poor quality and loops after a few seconds. Listening to Big Bossman’s entrance music on this game could honestly lead one to madness as you sit waiting for a middle eight that never comes, and your brain struggles to compute why your ears aren’t hearing what they should be hearing.

Annoyances with the music aside, the game is a step up in one major way from its two predecessors in that you now have a full “Create a Wrestler” Mode that allows you to either create real wrestlers who didn’t make the game or bring life to your own crazy creations. Going back to play my version of the game brought a smile to my face as I got a chance to see some of the wrestlers I’d made during my younger days, such as a pretty decent TNA/ROH Era AJ Styles and, for some reason, Mordecai (picture The Undertaker but dressed all in white, with blonde hair and about six inches smaller), who famously debuted for a feud with Undertaker, only to last roughly a month before getting booted back to Developmental and showing up a couple of years later as Vampire Kevin Thorn. Why 2004 Mike decided to make a Mordecai CAW, I couldn’t say, maybe I was easily impressed? 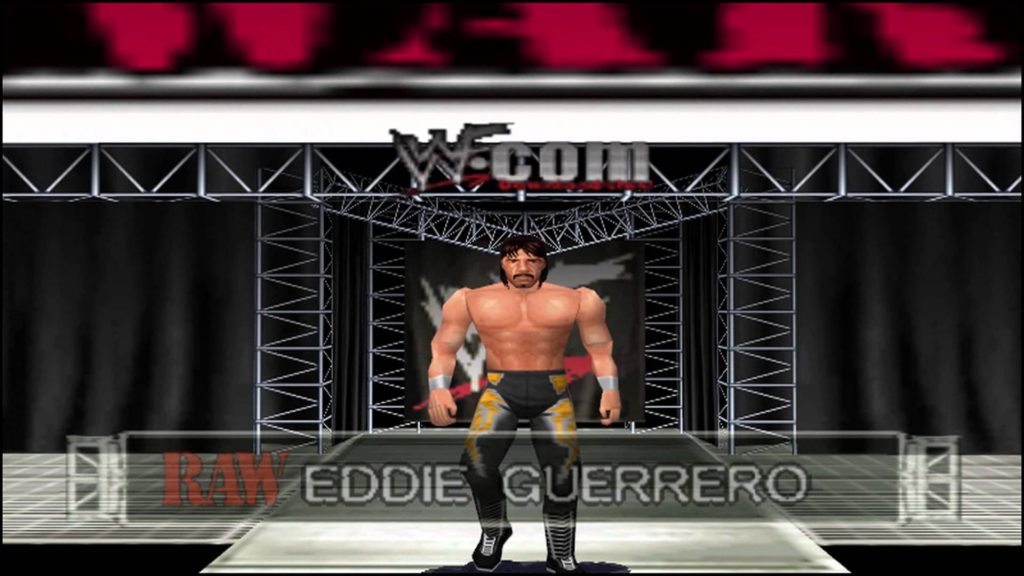 This isn’t one of my CAWs, but it’s a great example of how detailed the creation suite is

There’s a decent option of clothing and items to make solid recreations of most wrestlers, but where the CAW Mode excels is when it comes to movesets. Whereas in WWF War Zone you could only give your chosen wrestler an existing wrestler’s moveset, in WrestleMania 2000 you’re given free reign to dive into a copious list of moves to make your created grapple goon as lethal as you like. Moves range from simple things like arm drags and body slams all the way up to Triple Powerbombs and Death Valley Drivers from the top rope. With such an exhaustive buffet of punishing moves to dine on, chances are you’ll be able to create most wrestlers of the timeframe to your satisfaction. I went back to look at my Keiji Mutoh CAW and was delighted to see him have about seven different variations of the Dragon Screw alone, such is the depth of the creation tool.

Not only can you create your own wrestlers, but you can also create your own big events for them to do battle with one another in Pay Per View Mode. You can have up to fifteen bouts on these mega shows, and this was where I spent most of my time on the game back in my younger days. There is also the option of Road to WrestleMania Mode, where you pick any wrestler in the game, assign them a tag team partner of your choosing, and then battle your way through a year of WWF matches in order to reach the titular event. 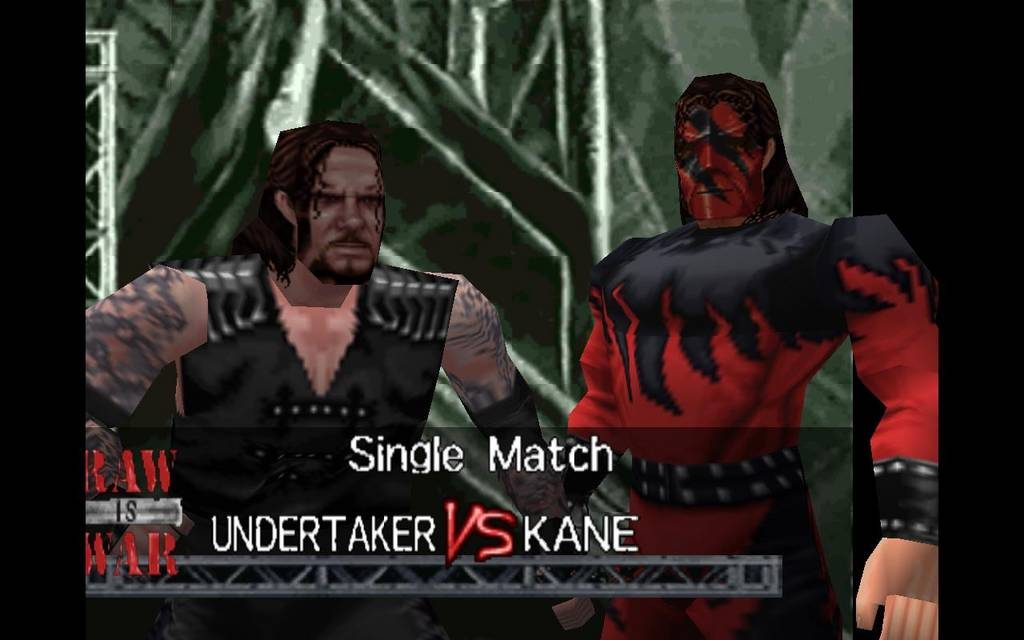 One good thing about the game is that some existing teams will enter the ring together provided you give them the same entrance music and video. For instance, as the game is set in mid-1999, The New Age Outlaws of Billy Gunn and Road Dogg are no longer a team, but if you change Gunn’s music and video, they will still come out together and do their team entrance. Road to WrestleMania lasts a decent amount of time, but the difficulty of the computer is amped up to near ridiculous levels at times and makes the mode pretty frustrating, especially if you’re stupid like me and decide to have a bash at it as under card wrestler for life Dennis “Mideon” Knight. When your selected partner of Viscera is actually carrying you, you know you’ve selected a sucky wrestler.

The biggest weakness of the game is probably one you wouldn’t expect considering how the wrestler war was going at the time, but it’s the roster. As mentioned, the game is set around mid-1999, a time where WWF was doing great ratings based around its big stars of The Rock, Mankind, and Stone Cold Steve Austin. However, as good as the main event scene was during this timeframe, the middle of the card was somewhat lacking in comparison. While it’s fun to play as guys like Edge, Christian, The Hardy Boyz, and Chris Jericho, it’s considerably less fun to play as stiffs like Mideon, Viscera, Prince Albert, and Shawn Stasiak. WCW may have been getting panned in the ratings, but they still had the best mid card workers on their books at this time, meaning that outside of the big stars there are also a lot of characters that you probably aren’t going to enjoy playing as. I mean, it’s kind of hard to get excited about a match between Test and The Blue Meanie, ya know? 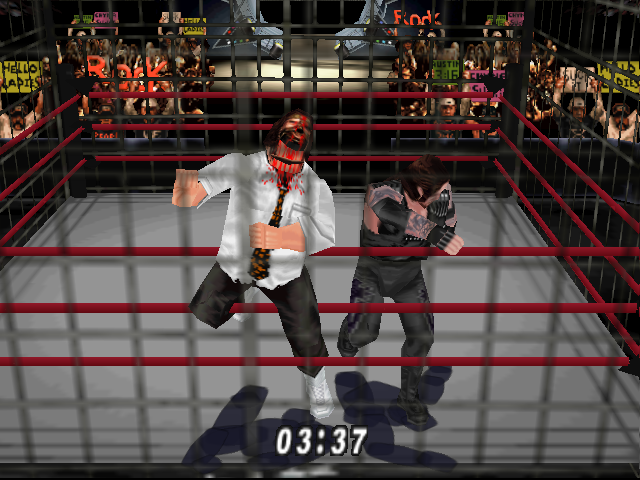 Also, can I take this moment to give a hearty “BOO” to the Pal version of the game, which took out blood for some reason? BOO, BOO I SAY!!!

That being said, I think I’ll have to retract my prior statement about WrestleMania 2000 being the worst of the four games. Yes, its standard roster can be a bit glum, and the entrance music is pretty turgid, but the creation mode offsets that considerably, and it’s still a lot of fun to put on your own Pay Per View events. If you’re a big WWF fan, then this will be something you’ll want in your collection, but if you’re more of a casual fan at best, you’re probably best off spending your moolah on its superior sequel, which I’ll be covering next time out.

You can view YouTube Footage of the game, courtesy of MikeyTheMachineGaming (sadly not me, I’m not a machine, I’m human, and a barely functioning one at that), by clicking right HERE

Looking for other great content on the site? Well, why not take a goosey gander at the following? 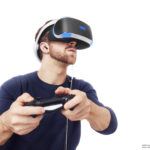 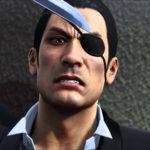