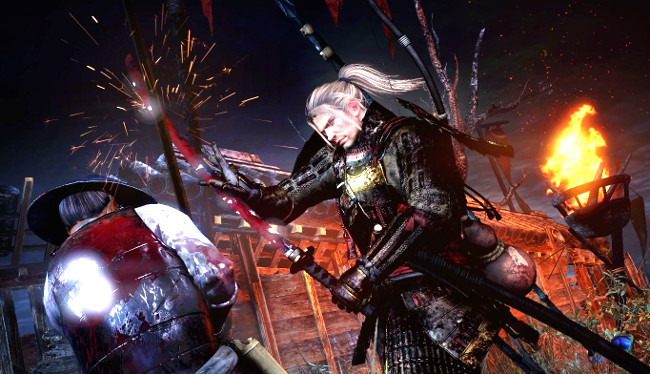 After repeatedly catching up to Kelley earlier in the game, only for him to send a boss after me and run off like a sissy each and every time, he now has nowhere left to run. It is finally time for me to kick the shit out of that smug bastard. After having just defeated Nobunaga in one go, I was confident I could do the same with this Goth-looking mime. But Kelley ended up putting up a better fight than I thought he would. He has a number of nasty element-based magic attacks, not to mention that DAMN annoying attack where he plunges his hand into William and then tears it out, draining a portion of William’s health and restoring some of his own in the process (and interestingly, that attack would always do 666 points of damage to me). I must have gotten careless or something because Kelley managed to get me with that [email protected]#king attack more times than I would have liked. Nevertheless, by this point in the game I (mostly) knew what I was doing, and while Kelley was tougher than I thought he’d be, he’s still nowhere close to being one of the more challenging bosses in the game. Check me out in the video below as I smack Kelley around a bit (after he smacks me around a bit first).

Yeah, so as you all saw at the end of the previous video, immediately after defeating Kelley I have to fight this giant, multi-headed snake demon who is clearly the final boss; and I don’t even get to visit a shrine in order to restock my supplies. I could already tell this battle was going to be very different from all the previous ones, even the one against Gasha-dokuro. Even worse still, my battle with Kelley drained me of a fair number of my health and Onmyo magic items, so I knew from the very beginning that Yamata-no-Orochi was going to win this fight. Having made my peace with this, I throw myself headfirst into the battle, determined to figure out this guy’s tactics and weaknesses (if any) so I can be prepared on my second attempt. After managing to kill two of this monster’s heads, the full gravity of the situation is made clear to me as I find myself surrounded by the remaining six heads, each of them with different element-based attacks. So, you can understand why I spend a little bit of time just running around like a madman just trying my best to survive for as long as possible before these bastards (or is it just one bastard that happens to have multiple heads?) tear me apart. All things considered, I think I did pretty well since there were only four heads left before I finally succumbed to their combined attacks, and this is with the handicap of not having most of my items available.

As I began my second attempt, I had to thank God that I didn’t have to fight Kelley again right before fighting Yamata-no-Orochi. It seems even the guys at Team Ninja are capable of occasionally showing players some mercy after all. Now that I was fully stocked up on my items and had a better idea of how to deal with this freak, I was ready to kick some ass. I was still pretty sure I was going to lose since I figured I hadn’t seen everything this guy could do yet, but I was still rather confident I’d get pretty far in my second attempt. Let’s see just how far I get.

In the end, Yamata-no-Orochi wasn’t as tough as he looked. He was actually more annoying than outright difficult with the way the multiple heads would launch a bunch of elemental attacks at me while I’m trying to focus on one. After figuring out their openings, it didn’t take too long for me to take out all the heads. A surprisingly easy final boss, indeed, and one I was able to defeat just on my second attempt.

Well, it turns out Yamata-no-Orochi was not the true final boss, he was just the “decoy final boss” that, like in so many other RPGs, was meant to fool gamers before the true final boss was revealed. But before I could take on Nioh’s true final boss, there were a couple more rematch boss battles I had to get out of the way first. And the first one had me absolutely floored with how ridiculous it was. I had to fight Tachibana Muneshige AND Honda Tadakatsu AT THE SAME [email protected]#KING TIME. I now had to fight the two warriors known as Japan’s Nioh TOGETHER. Who’s the whackjob in Team Ninja that thought it was a good idea to implement two-on-one boss battles into this game?! I mean, did someone in the development team somehow sense that a Souls-Type noob such as myself managed to have a somewhat easier time getting through Nioh than I had initially assumed? Was this my penance for allowing myself to get just the slightest bit cocky over my victories in this game just this ONCE? In any case, being so close to the end of the game, I simply couldn’t back out now. I knew how to fight both of these guys individually, but fighting both of them at the same time? I had no idea how I was supposed to get through this. For shits and giggles, let’s see how my first attempt went.

Yeah, so as expected, things didn’t go too well on my first attempt. I mean, even fighting more than two regular enemies can be a dangerous situation, so fighting against two bosses is just freakin’ NUTS! I wasn’t feeling too confident when I started my second attempt against these guys. Can you blame me? But if there’s one thing I did learn from my first failed attempt, it was that MAYBE I can use Honda Tadakatsu’s relatively slow movement speed to my advantage. I figured I should try luring Tachibana Muneshige away from Honda so I can fight Tachibana one-on-one for as long as possible before the big guy catches up and starts attacking me as well. Maybe with this strategy I might have a chance of at least defeating one of them. Let’s see how things go on my second attempt.

Well, holy shit, I defeated Japan’s Nioh, BOTH of them, on my second attempt. To this day I still can’t believe I managed to pull that off. Separating Muneshige from Honda turned out to be the right call, and eventually I was able to whittle Muneshige’s health down, then I was able to concentrate solely on Honda. I knew the key to defeating him was patience, especially if he used that damn health regeneration spell of his after I brought his health down. I was prepared for this to be a looooong battle. Fortunately, Honda ended up not even using his health regeneration spell, making it all the easier (not to mention quicker) for me to take him out. After this, I was ready for ANY future challenge that would come my way.

You’re probably thinking I’ll be eating those words at the end of the above paragraph, don’t you? Maybe you’re right. Or maybe you’re not. Only one way to find out, and that’s by joining us next Friday to see if I kick some more major ass…or if I get my ass majorly kicked. Still, now this game featured a two-on-one boss battle. Is this just a one-time fluke or a sign of things to come? Nevertheless, this was my first two-on-one boss battle in a Souls-Type game, and I won it on my SECOND attempt. I’m proud of that, and I find that to be quite the accomplishment for a non-pro gamer. See you guys next week. 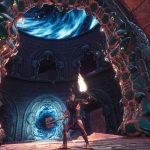 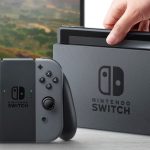