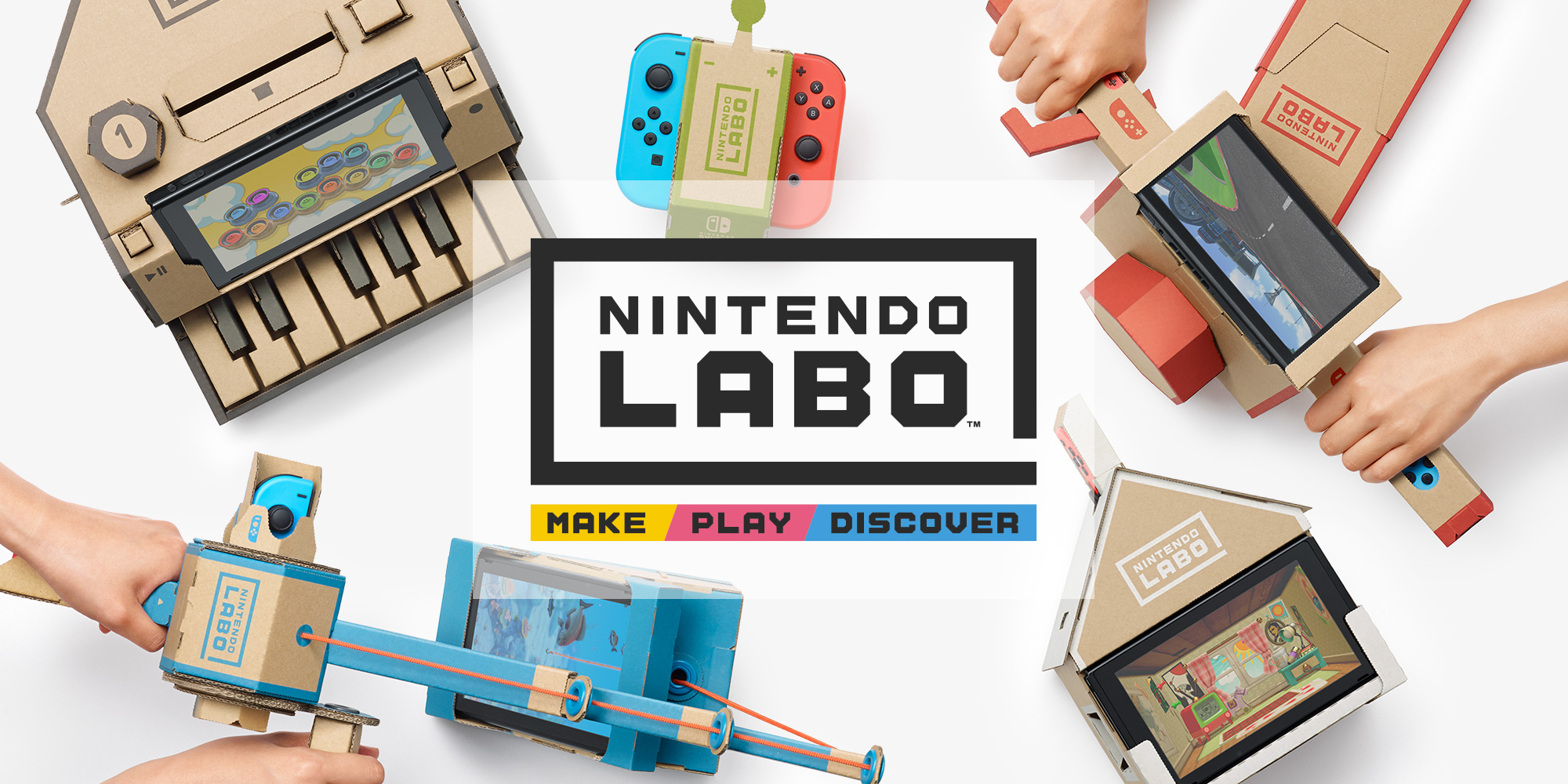 So, the concept of toys-to-life failed: Disney Infinity is no longer with us, Skylanders is, but nobody really cares about that series anymore, so it’s only right we should stop trying to push the younger generation towards video games and accept that they just aren’t for kids. The most successful kind are the most story-driven and, let’s be frank here, violent.

There is one developer that refuses to let the dead stay dead, one that brought us an ultra successful family game consoles which not only broke a few plasmas but allowed family members of all ages to engage and play together in total harmony with titles such as Wii Sports. Nintendo now have a brand-new trick up their sleeve to get families involved with gaming, and although it uses their superb console handheld hybrid, they now incorporate a weird piece of tech to play the game that accompanies it: cardboard. It’s no secret that Nintendo prefer being innovative and daring over whacking out monster machines that give us the best graphics, and deciding to release a game alongside a crafting kit full of string and cardboard really sparked intrigue within me. 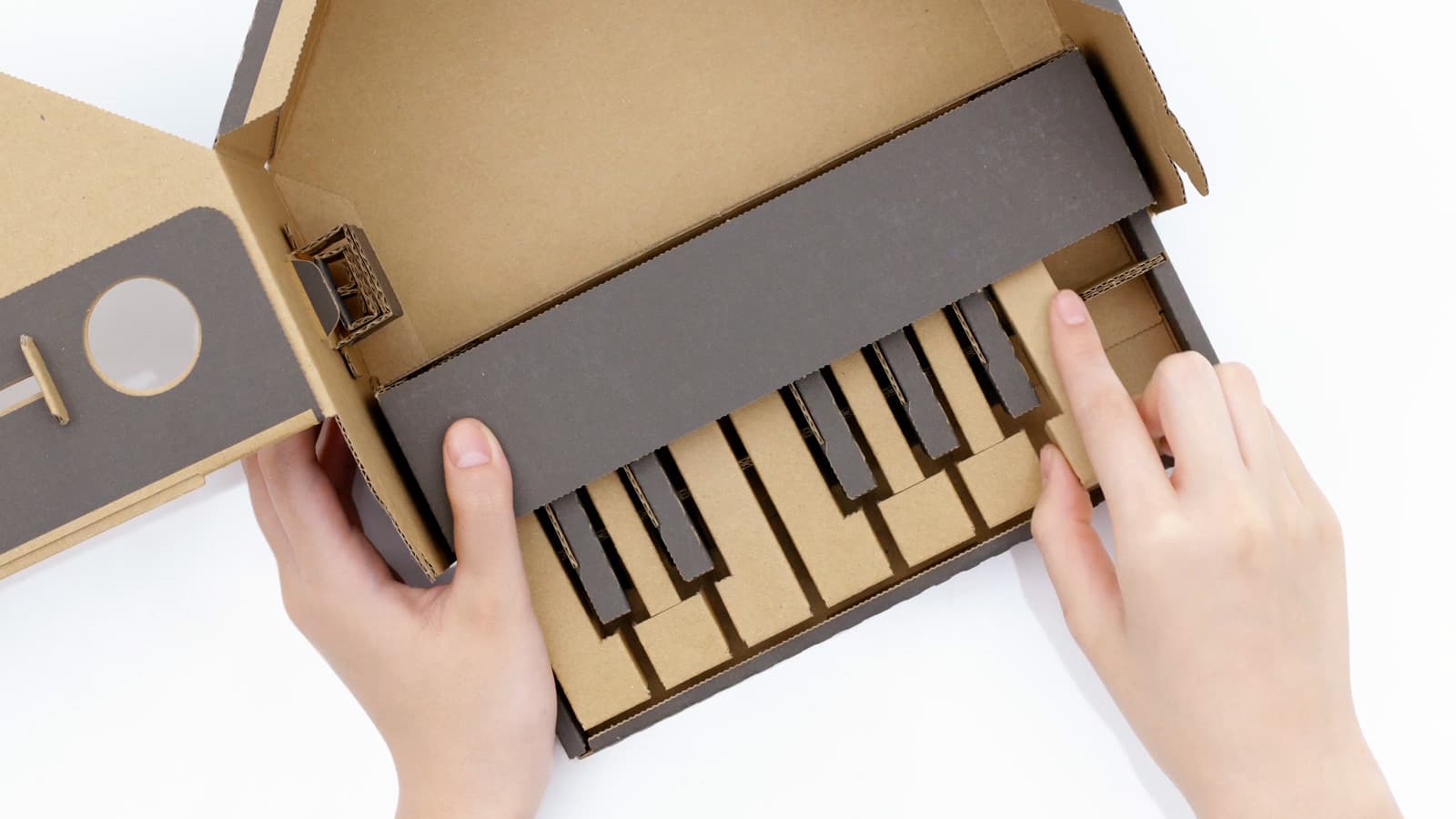 I’ll be straight up off the bat, I’m a 34-year-old adult, but I have 2 younger ones to help with this review. The Nintendo Labo is ultimately aimed at younger generations rather than families this time around. Packaged neatly alongside the Labo Switch game itself are 28 sheets of cardboard with components perforated on each one which are easy to pop out and fold to your will thanks to the kinks already made. Labo also comes with string and tape to assist in construction, which is triggered by inserting the game and selecting “Build” from the main menu. You’re then able to craft 5 newly labelled Toy-Cons which are a motorbike, remote-controlled car, fishing rod, house and a piano using the extremely easy to follow on-screen instructions. Each step on the digitally rendered guide shows a 3D model highlighting not only which component to use but precisely where it needs to go. You’re able to manipulate the 3D model on-screen to examine it more closely to ensure you’re doing exactly what it tells you. It’s hard to go wrong, but it requires time as the more complex models, such as piano and motorbike, take at least 2 hours to build. Children will be invested. Mine were certainly eager to see and play with the finished result, and they weren’t disappointed, giving off that “eureka!” vibe when they were done. For me though, I found it tedious and long-winded, I couldn’t wait to see the finished product too, but I wasn’t nearly as excited as my young ‘uns. 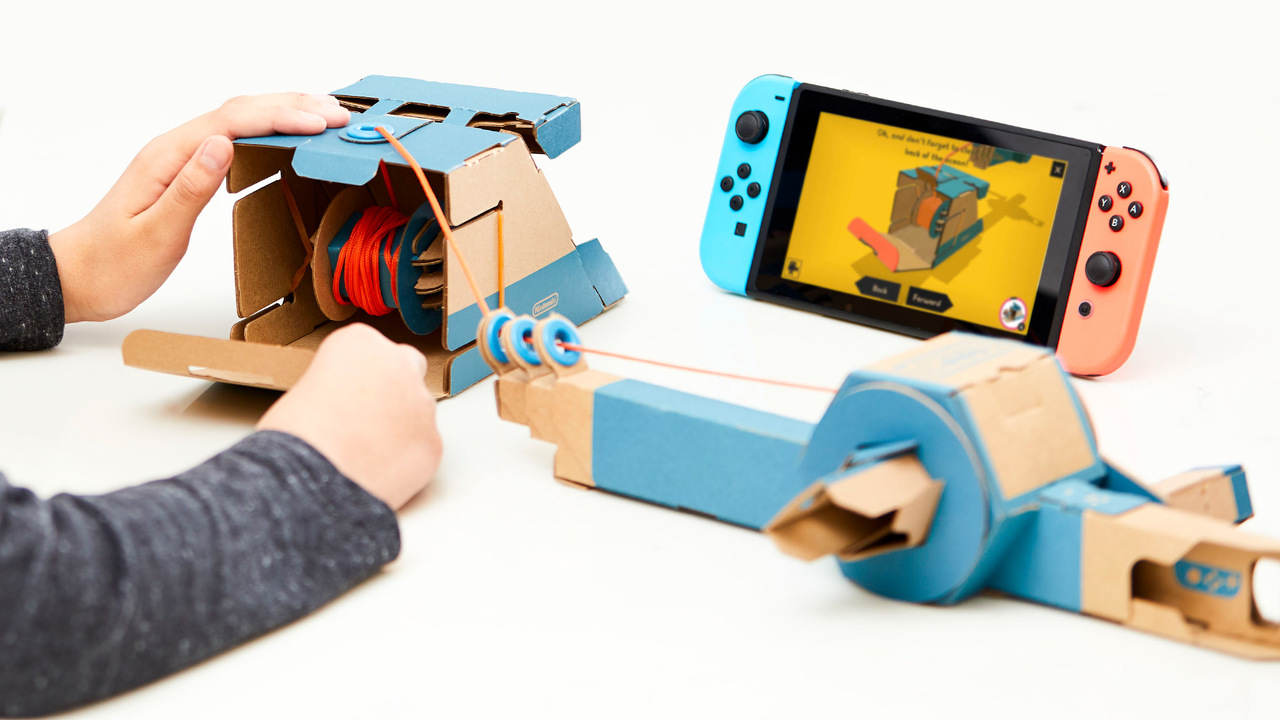 Once constructed, back in the main menu, which only has 3 options, you select “Play” to put your creations to their full uses in a generous selection of games. Race in the first-person perspective as your Mii in the motorbike game, mess around with water faucets and other features with the house, fish with the real life cardboard rod (which is a clear highlight of the experience) and more. The games highlight the new tech, and each one works flawlessly using strategically placed Joy-Cons and the tablet form console, which is usually housed in the crafted space on each toy. It’s tough to find faults in any of the games, each one providing something totally unique. Using the motorbike was nostalgic as it reminded me of playing the motorbike games in the arcades in which turning required you to lean with the handlebars, and the same applies here. Winning isn’t difficult though, and there are only 3 tracks available, but we are reminded that Labo is aimed at the younger generation. The build that took the least amount of time was the remote-controlled car; after 10 minutes, you can turn your Switch into a controller and the car uses the enclosed Joy-Con’s vibrations to move, albeit slowly. It’s fun, and with 2 other people with 2 Switch consoles of their own, you’ll be able to race. The house is more of a novelty rather than a game with an aim. You basically gain food for your gerbil-like creature by playing mini-games which require you to plug in cardboard switches into the sides of the house itself. It’s great to see your creations come to life and used in various innovative ways, but the longevity of each creation worried me. 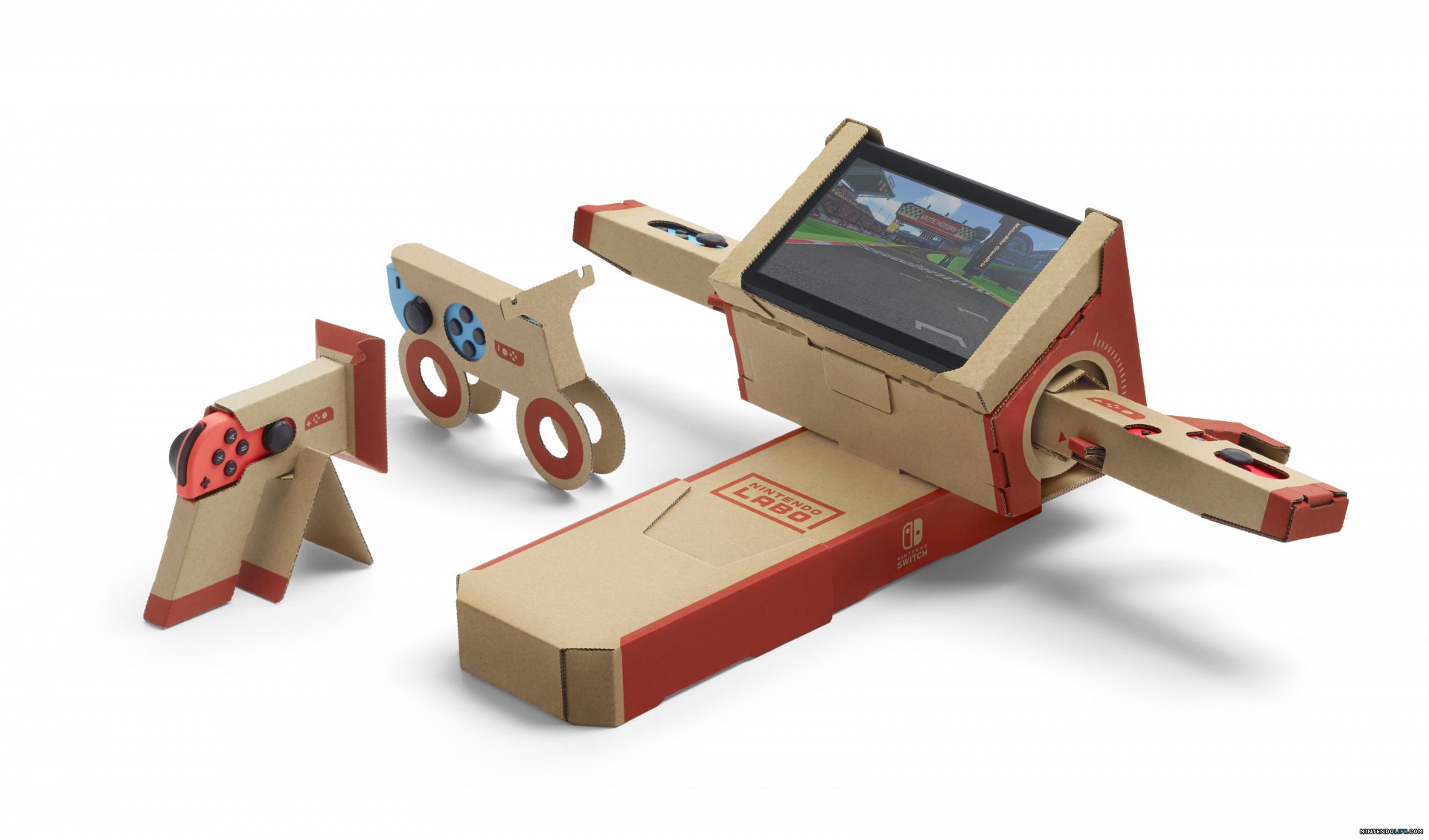 Sure, using a handcrafted cardboard you put together to play a video game increases immersion to a degree, but these games enclosed with Labo are short-lived arcade experiences. There are no stories or plots, just basic demonstrations of how to do toy-to-life another way. The games lose appeal after a long duration as getting high scores isn’t a sufficient incentive to carry on playing. Don’t get me wrong, Labo is a fantastic party piece, playing with friends is reminiscent of Wii Sports-like laughs, and playing with your kids is tremendous fun, but if you’re playing solo, the fun soon withers. The flimsiness of the material choice is another worry. The cardboard in its new state is extremely durable and strong, but cardboard becomes more scuffed and increasingly fragile with age. Taking Joy-Cons in and out of your cardboard contraptions will decrease the lifespan of the Labo, especially since you’re rubbing cardboard on cardboard, so wear and tear is inevitable.

The Labo’s trump card is its third option in the main menu: Choosing “Discover” opens up a plethora of new opportunities as you’re able to use the cardboard to create your very own toys and a simple interface to program new behaviours using an easy to follow “if you do this, then that happens” sort-of language. Although my creativity is limited when it comes to crafting and building, looking online allows you to get some pretty impressive ideas. I’ve seen fully functional guitars, Game & Watch games and even insects. It’s clear that the opportunities here are endless, but will it take off as a new medium? I’m not sure. 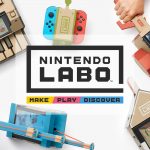 Nintendo Labo is definitely innovative and unique, but the choice of materials and limitations of its experiences means a short lifespan. 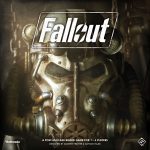 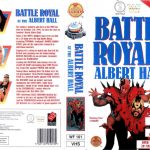