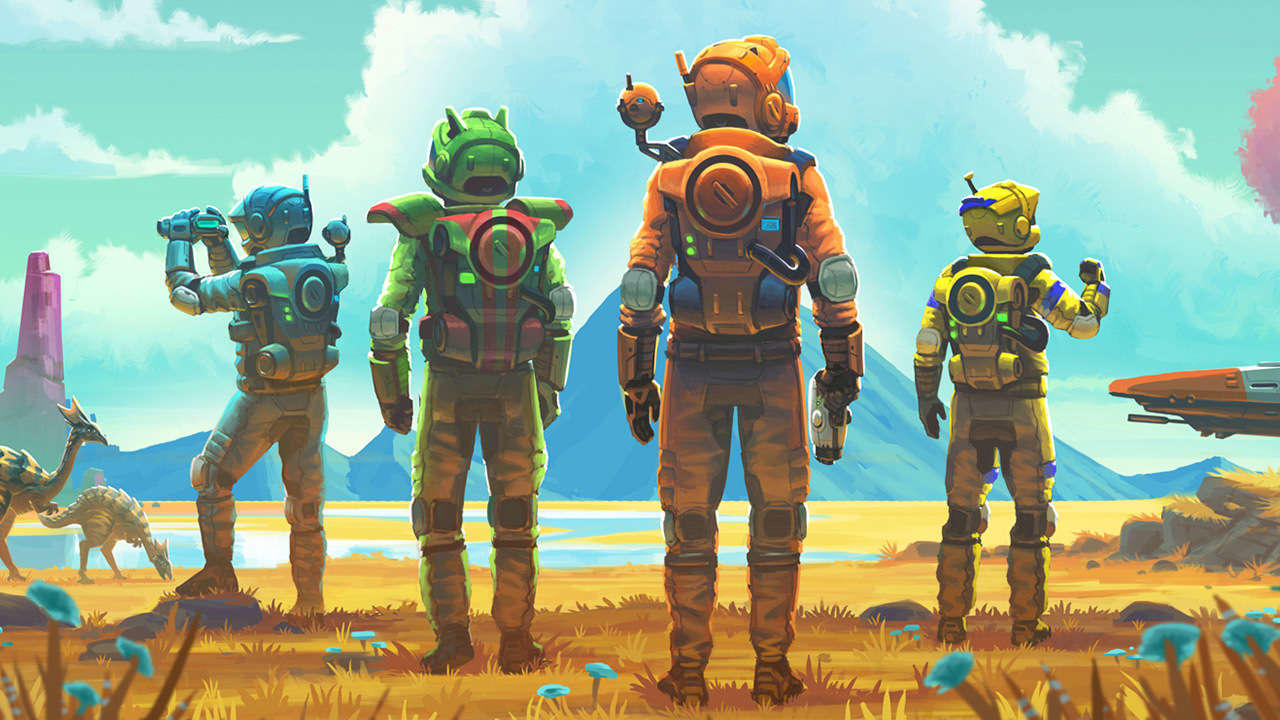 It is something one-in-four of us will go through each year, and it is something that still has a lot of stigmas attached to it. I am, of course, referring to mental health problems. That really is a startling statistic, is it not? One-in-four of us each year! But this is a broad evaluation, and it covers a vast majority of mental health issues. The stigma still attached is mostly referring to men (most of the time, young men) who do not want to nor feel like they can talk to anyone when they are struggling mentally. There can be a number of factors as to why men suffering from a mental health issue won’t talk with anyone about how they are feeling, but it is starting to get better with help from high profile celebrities, such as Tottenham Hotspur defender Danny Rose opening up to the media about his struggle with depression. Also, The Duke and Duchess of Cambridge and the Duke of Sussex formed the Heads Together charity which is helping to curb the stigma that surrounds mental health. 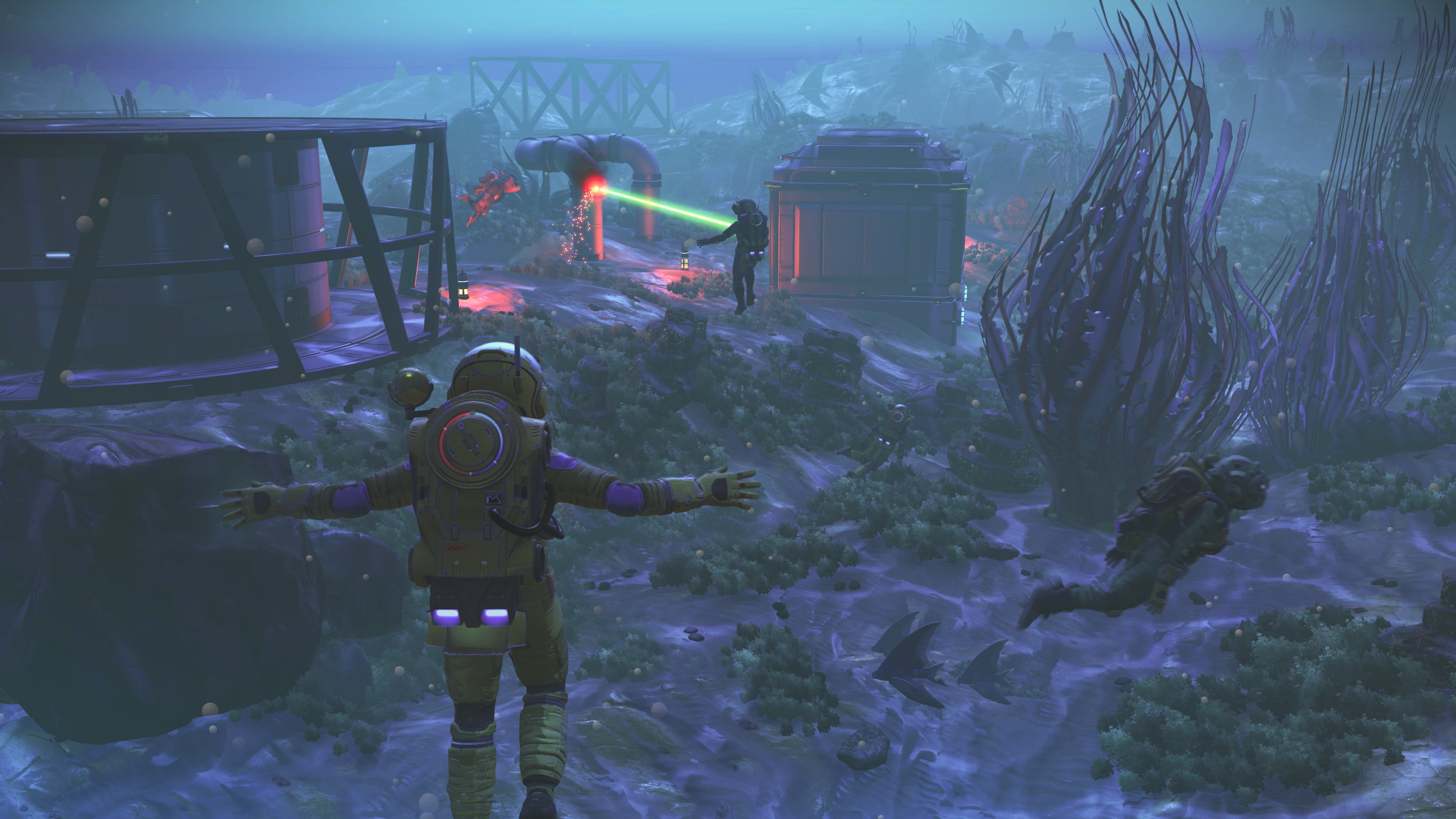 Now, this is something I would never have imagined myself doing in a million years, but I wanted to take the time to share my mental health problems through an outlet, which has helped me this time around. I am normally a very private person. I do not like to share my problems or feelings openly like this. Instead, my ‘support’ group consists of my family and a close group of friends (and even then I have hidden how I have felt numerous times), so this does feel a bit…strange. The last few months have been some of the toughest I have ever experienced. I won’t go into full detail here, but it has been a real struggle to hide behind a smile and to carry on as a ‘normal’ guy. Some days I feel absolutely fine and think the worst is behind me, but then the next day or two later, I’m back to how I was feeling before yet again. After finally coming clean with my family and friends that I am struggling at the moment, I did feel a lot of relief. I suppose the stigma is still there, when you tell someone you are struggling mentally, you feel afraid that they’ll just tell you to grow up, that you’re not a teenager anymore and to get over it. Of course, that didn’t happen, and I couldn’t be more grateful for the reaction and care I received from them which has helped me get into a better place. Struggling alone, there seems like there is no hope at all. Knowing that those closest to you know that you are struggling feels like there is a way out of this shadow, for me at least. Now we come to the other part of this article, an outlet that has also helped to get me back on the right path, and that is Hello Games’ No Man’s Sky.

First released in 2016, it’s fair to say tat No Man’s Sky didn’t get a favourable reaction. I actually reviewed the game for the site and gave it a decent score of 75% (back when the team at Gaming Respawn gave review scores out of 100%). It was a game I enjoyed, but it was also missing a lot of what was promised, so after finishing the review, I just put it to one side and didn’t really give it a second thought until a couple of weeks ago. 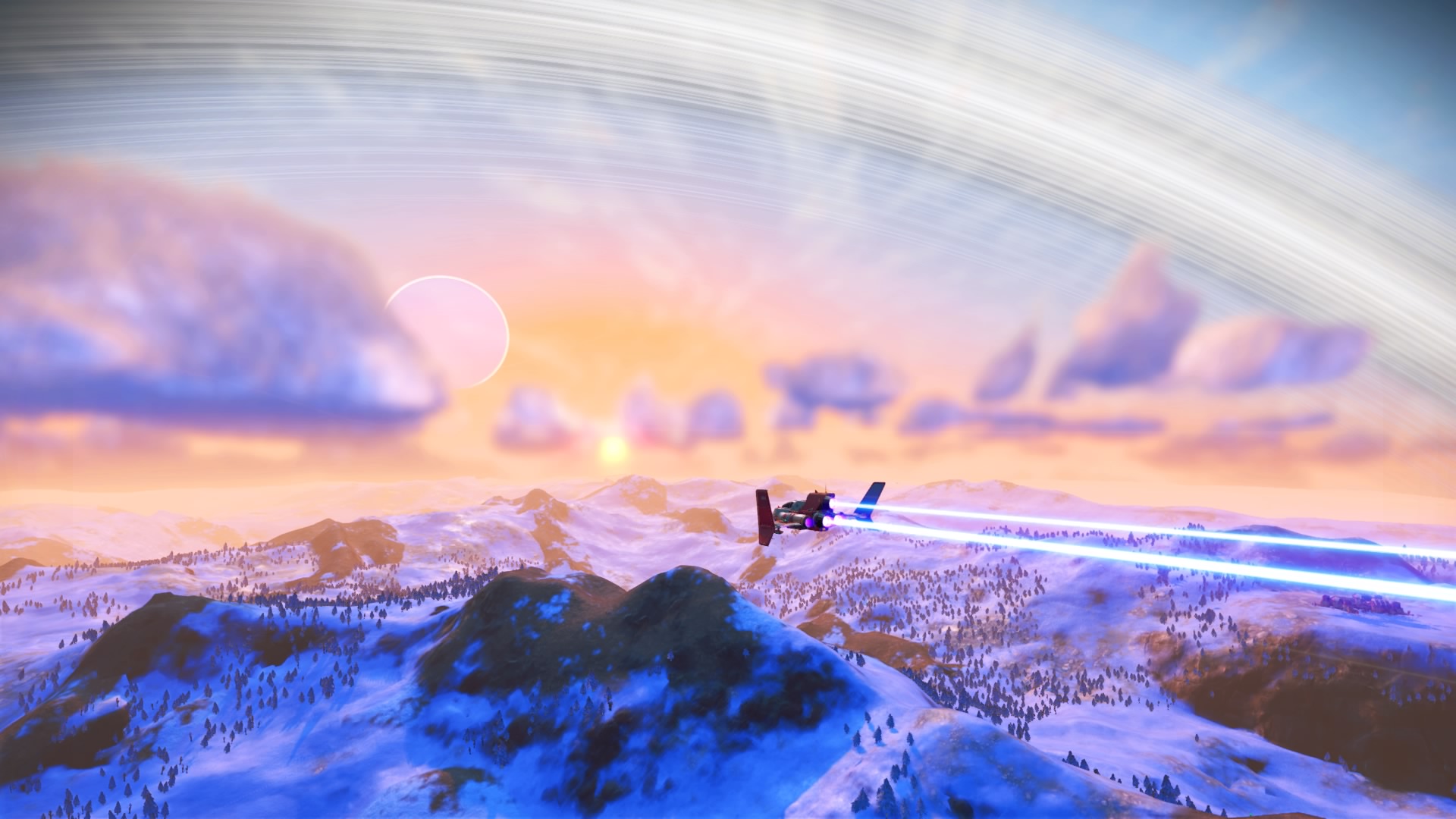 On the 24th July, Hello Games released the NEXT update for No Man’s Sky which added a lot of cool new features to the game, enough so that while just wasting hours upon hours just sat on my phone, endlessly scrolling through social media without taking much notice, I took notice of that and loaded No Man’s Sky for the first time since I reviewed it. At first, it seemed like the same game I remembered, farming for various materials to fuel/fix numerous bits of equipment, exploring planets and outer space. But, it was a bit strange because without me even realising it, 3 hours had gone by whilst I was playing. After that realisation, I became totally invested and obsessed with the game. I found that one of the criticisms for the game became the most important aspect for me: the lack of a traditional story. I have been obsessed with the cosmos since as long as I can remember. As a child, I would read about the universe and all the weird and wonderful objects that fill it for hours. I would always dream about exploring deep space and wrote stories about my adventures, and while playing No Man’s Sky, I was almost living that dream.

It is, of course, impossible (at the moment) for myself, or anyone for that matter, to explore space. The NEXT (pun intended) best thing is video games. There have been loads of decent games set in space, but none have given me the freedom to create my own journey like No Man’s Sky. I found myself playing No Man’s Sky with the enthusiasm I had when I was a child while also creating a story within my head as my adventure went on. It became a personal mission, exploring planets, fighting pirates in space, trading, talking with other inhabitants and discovering the mysteries of the universe as I went from system to system. I often found myself creating a monologue for my character as he/I explored the vast universe Hello Games had created. I was creating a story in my head which, in turn, helped put my mind at ease. My character became more to me than just an avatar I was controlling with a gamepad, he became a part of me because of the journey we had shared together. From the highs of discovering some truly incredible and beautiful worlds to the lows of nearly dying while running for cover during an extreme radiation storm, everything he went through, I went through. We were on this journey together, and we became one. No Man’s Sky gave me an outlet to begin to heal myself mentally. It gave me the platform to create my own story within this beautiful universe, and I cannot thank Sean Murray and the team at Hello Games enough for creating such a wonderful and healing experience.

Another aspect of No Man’s Sky I became totally obsessed with was the brilliant Photo Mode now available. Part of the NEXT update was a graphics overhaul, and my God, this is one pretty game. Getting the perfect picture became another important part of my journey, some of which are available in the slideshow below, and I like to think I haven’t done that bad of a job. 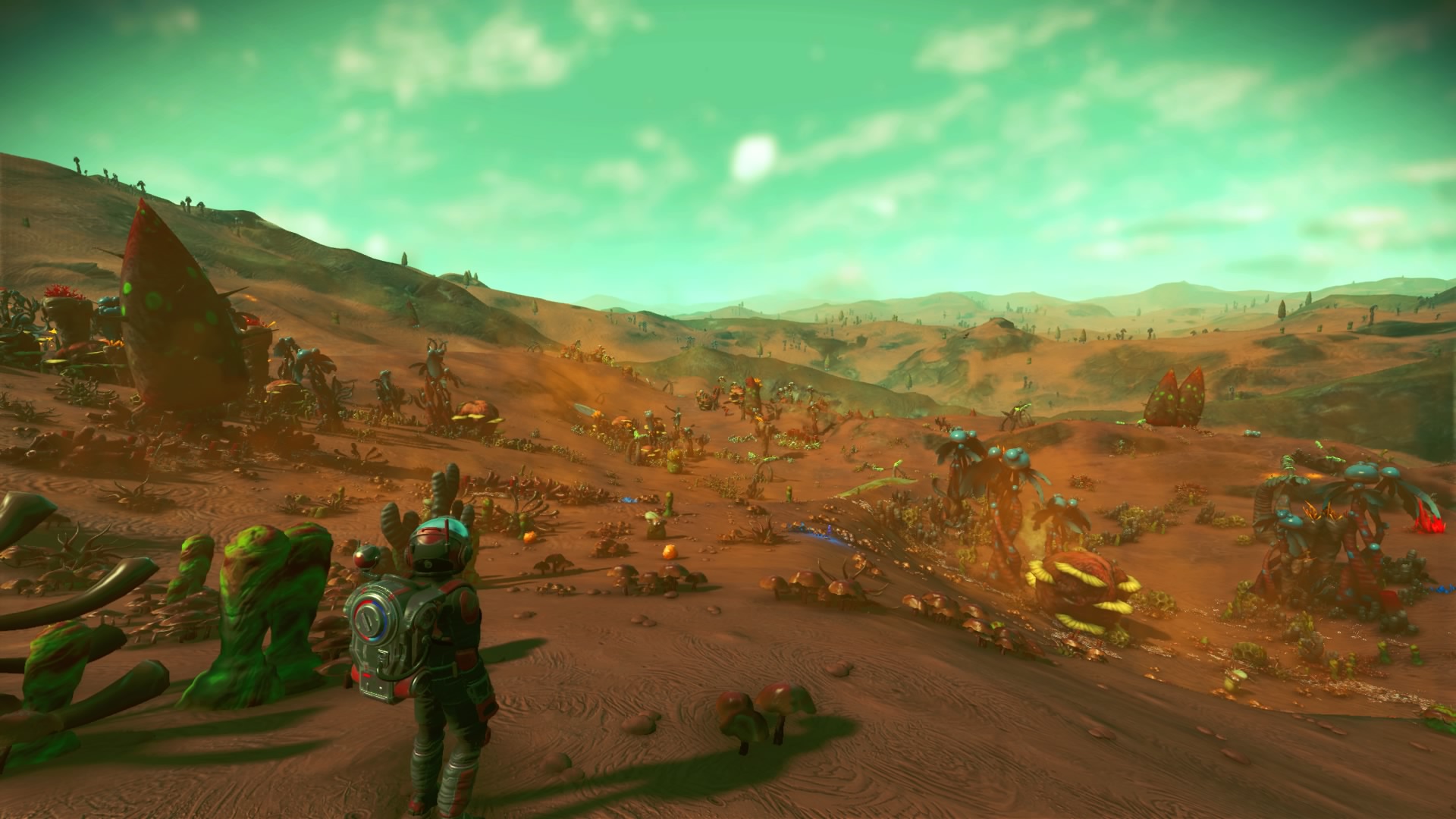 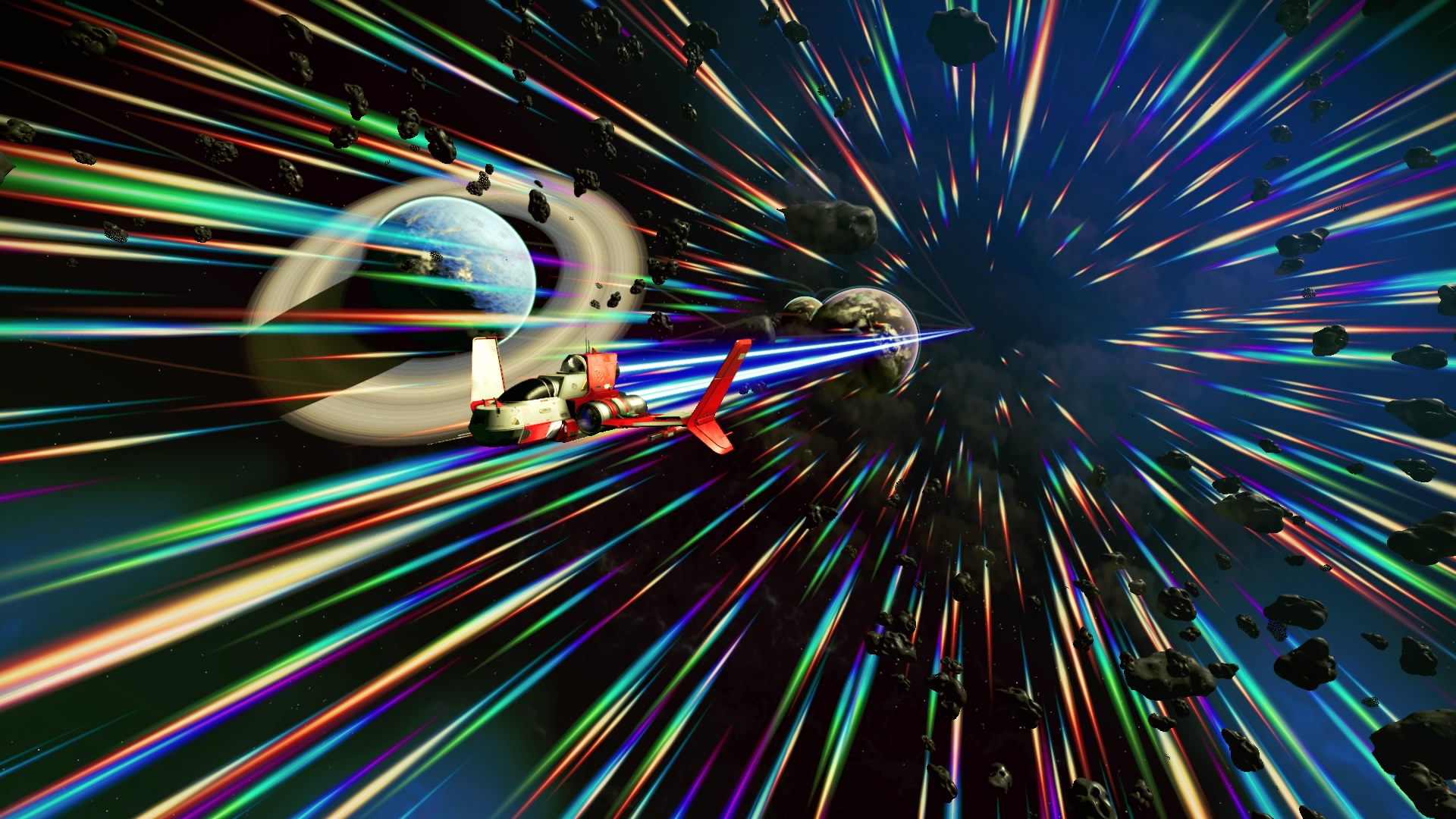 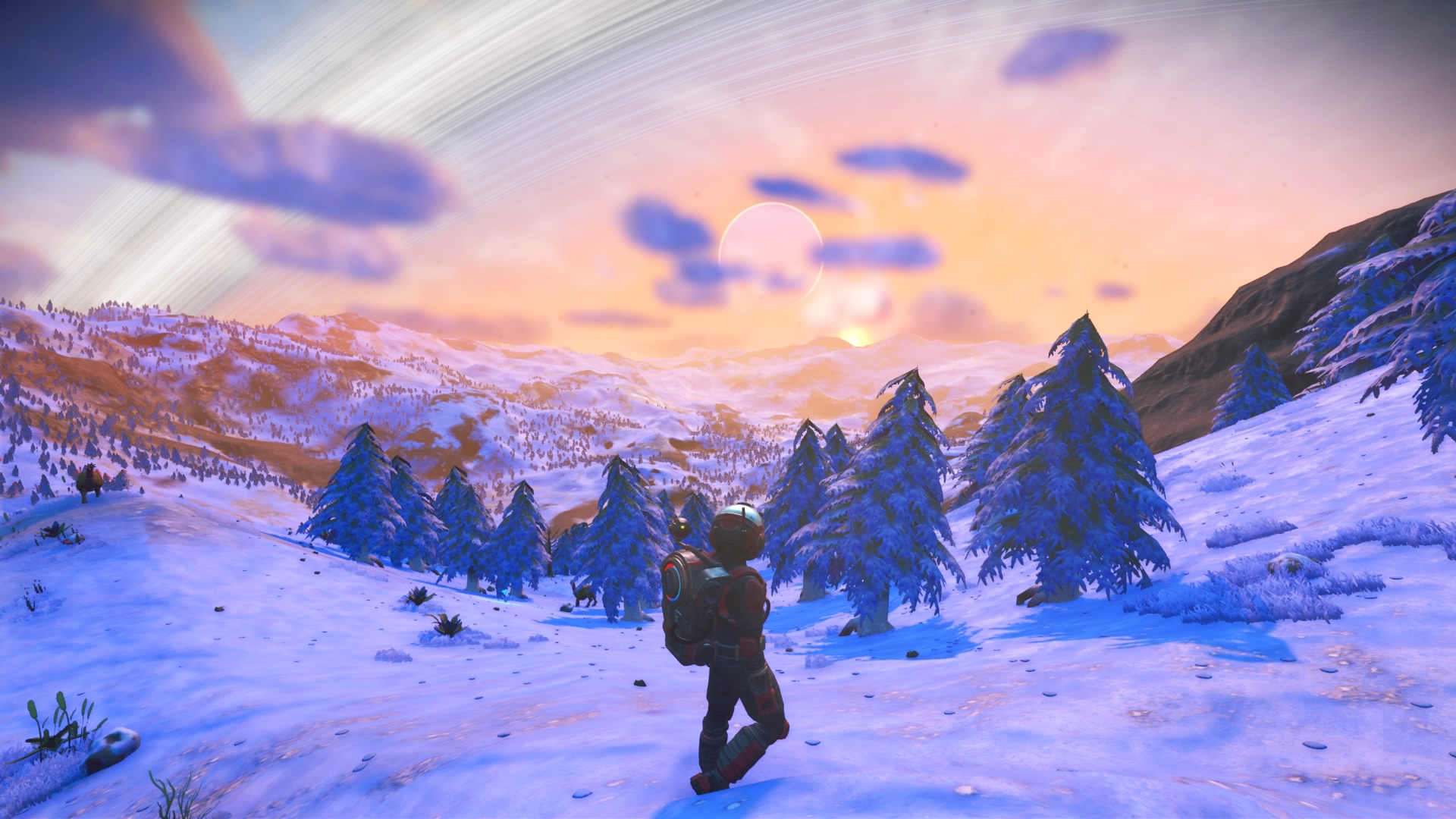 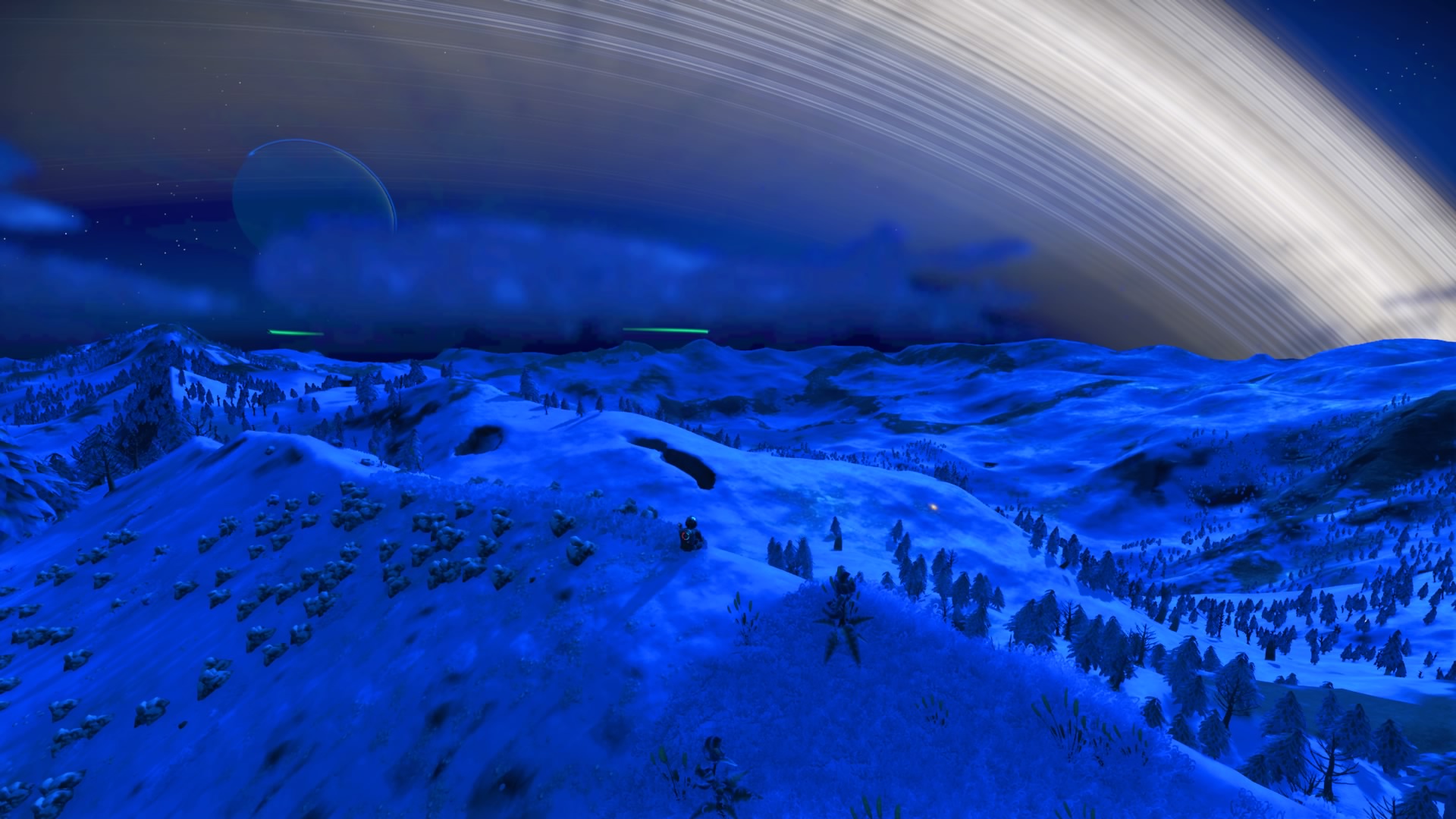 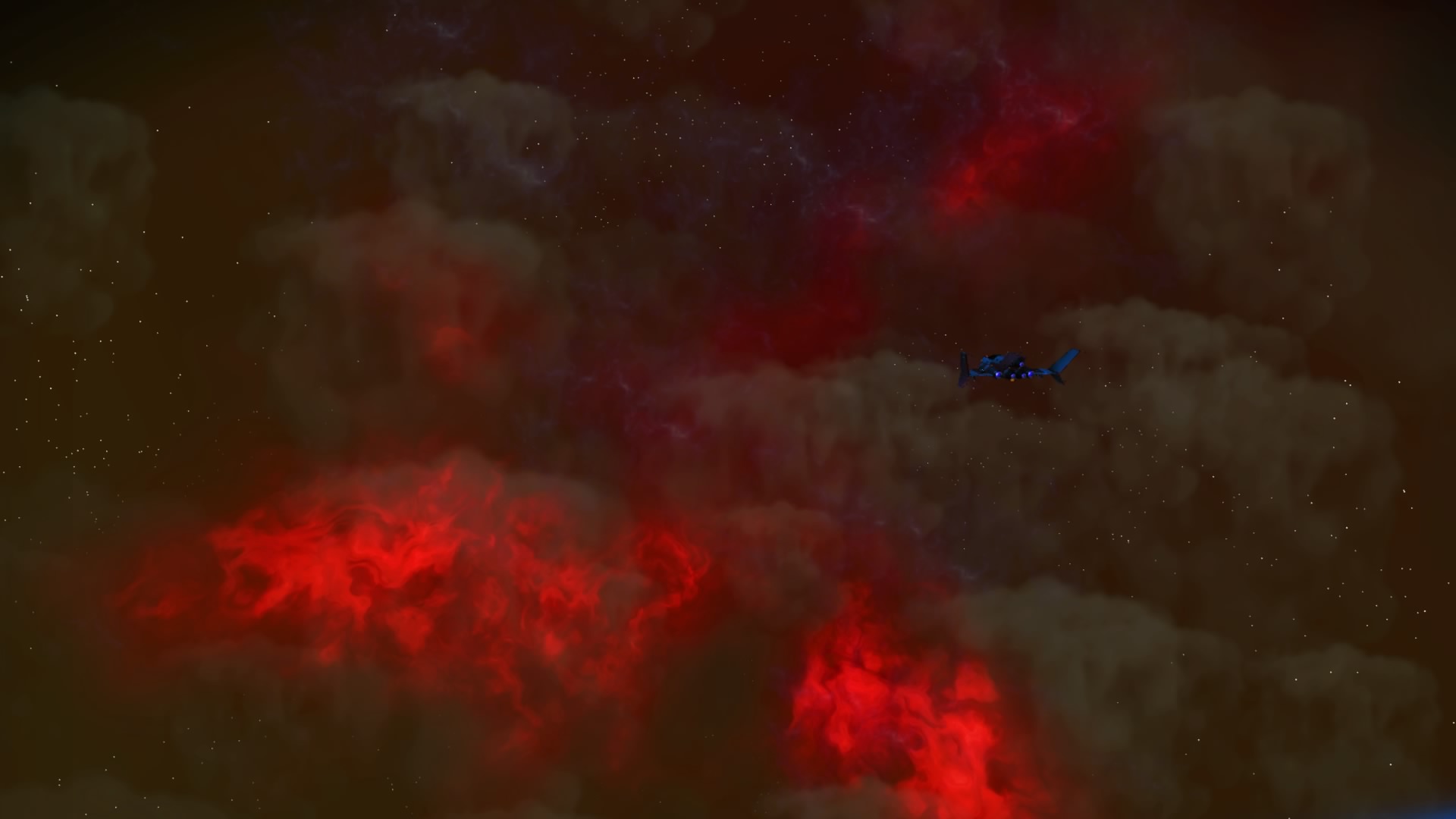 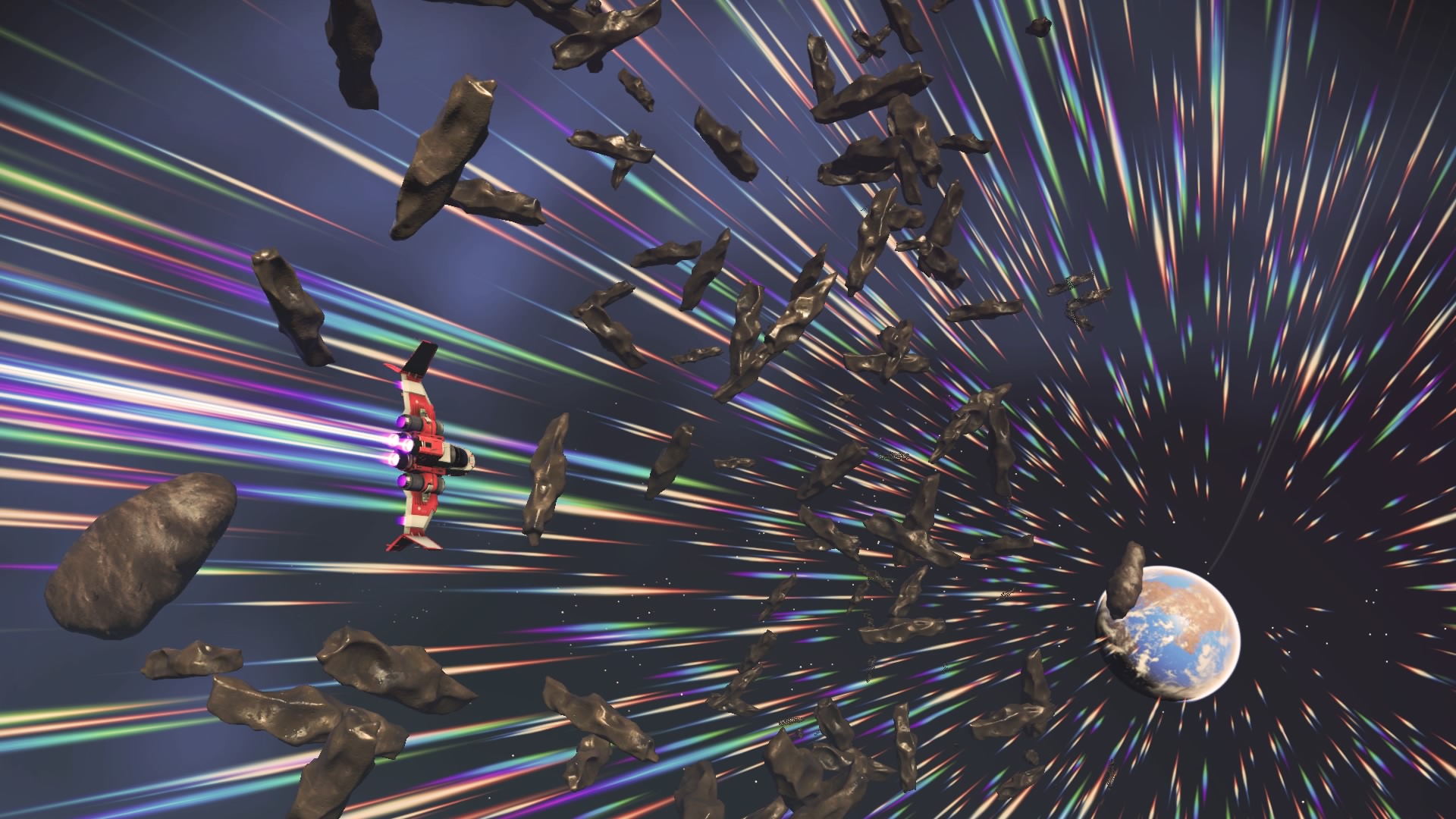 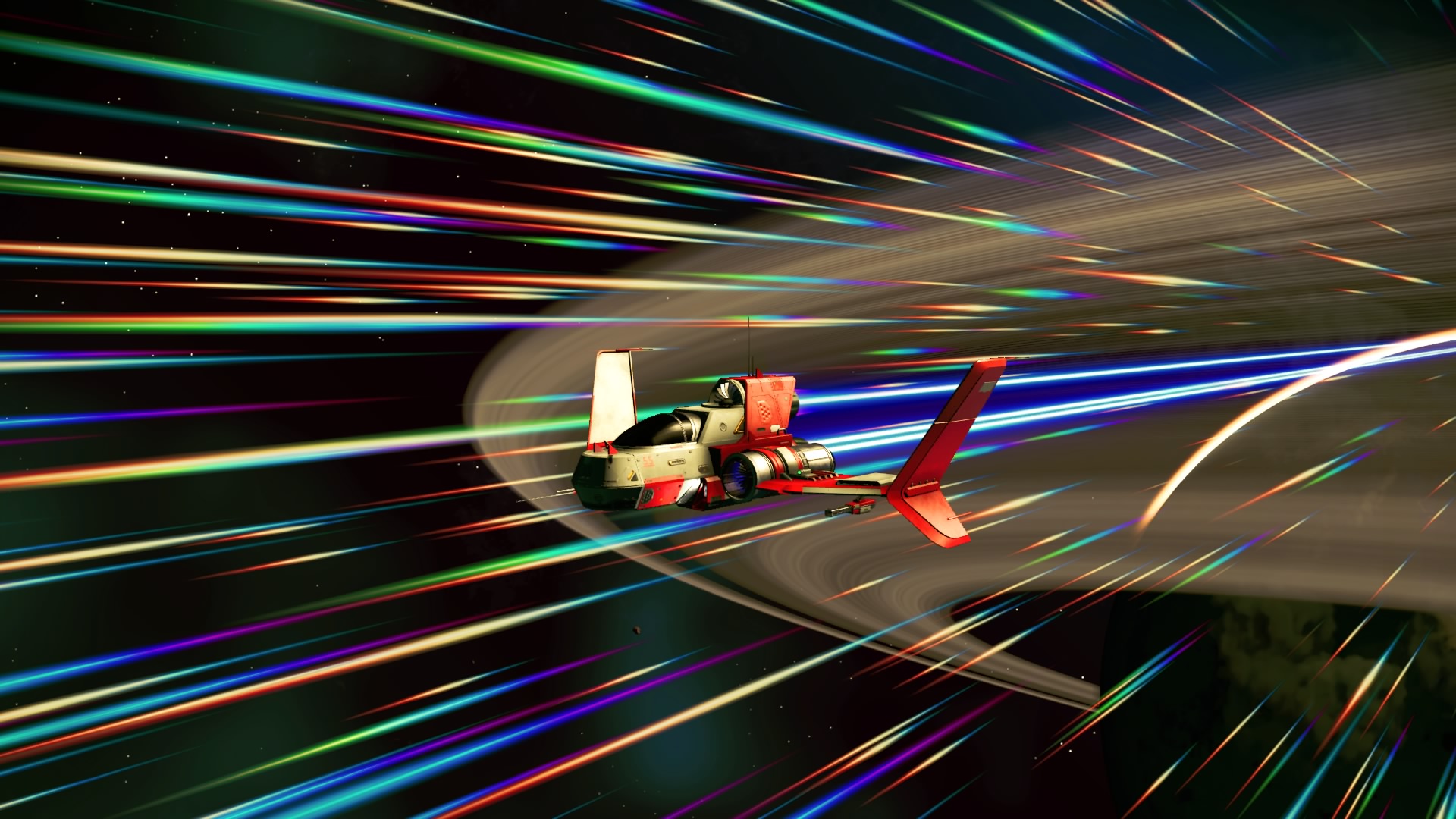 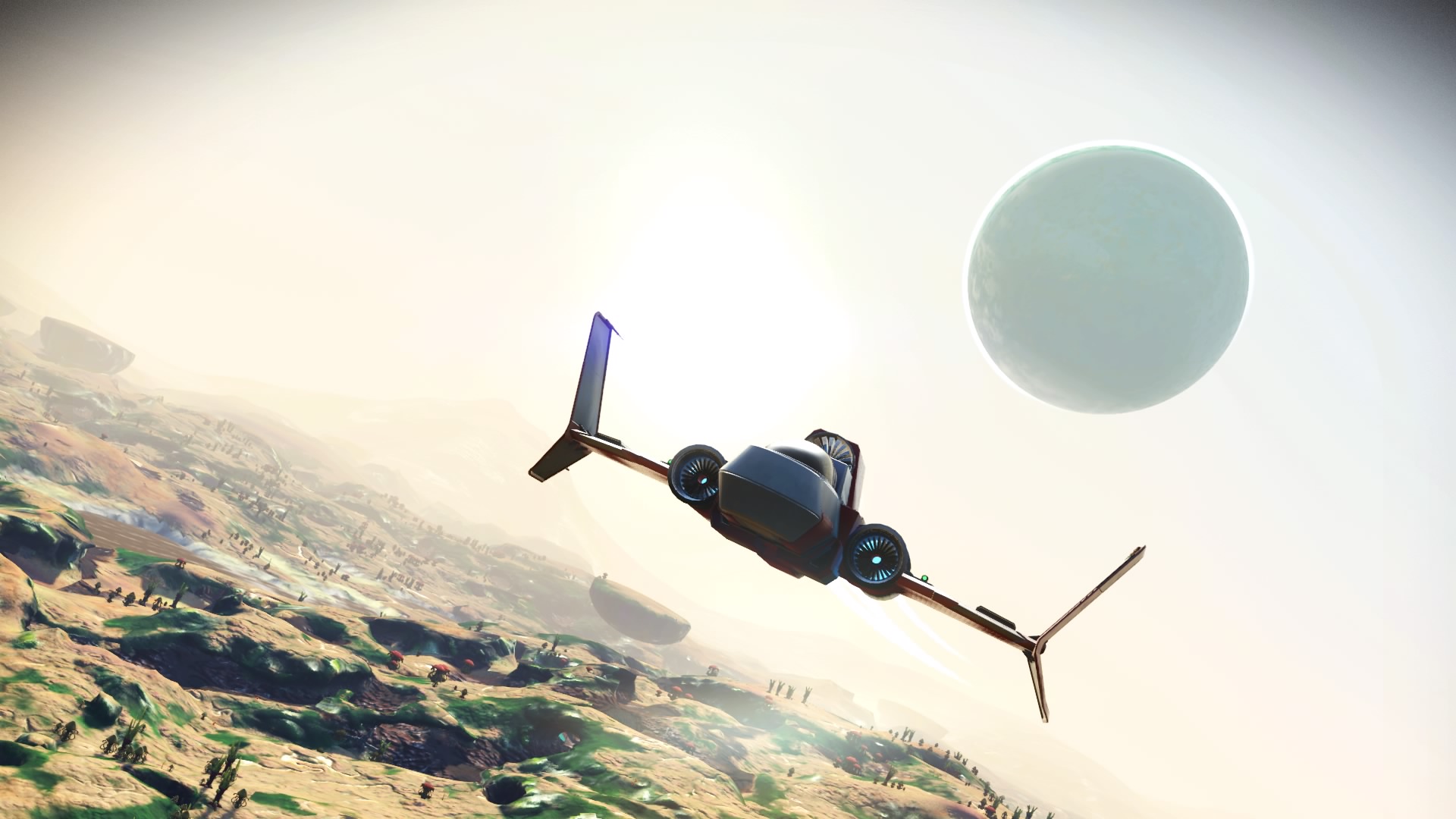 If you are struggling at the moment with mental health problems and want to find some help outside of whomever your personal support group is, then please check out the following links: 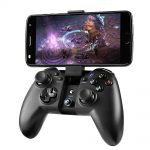