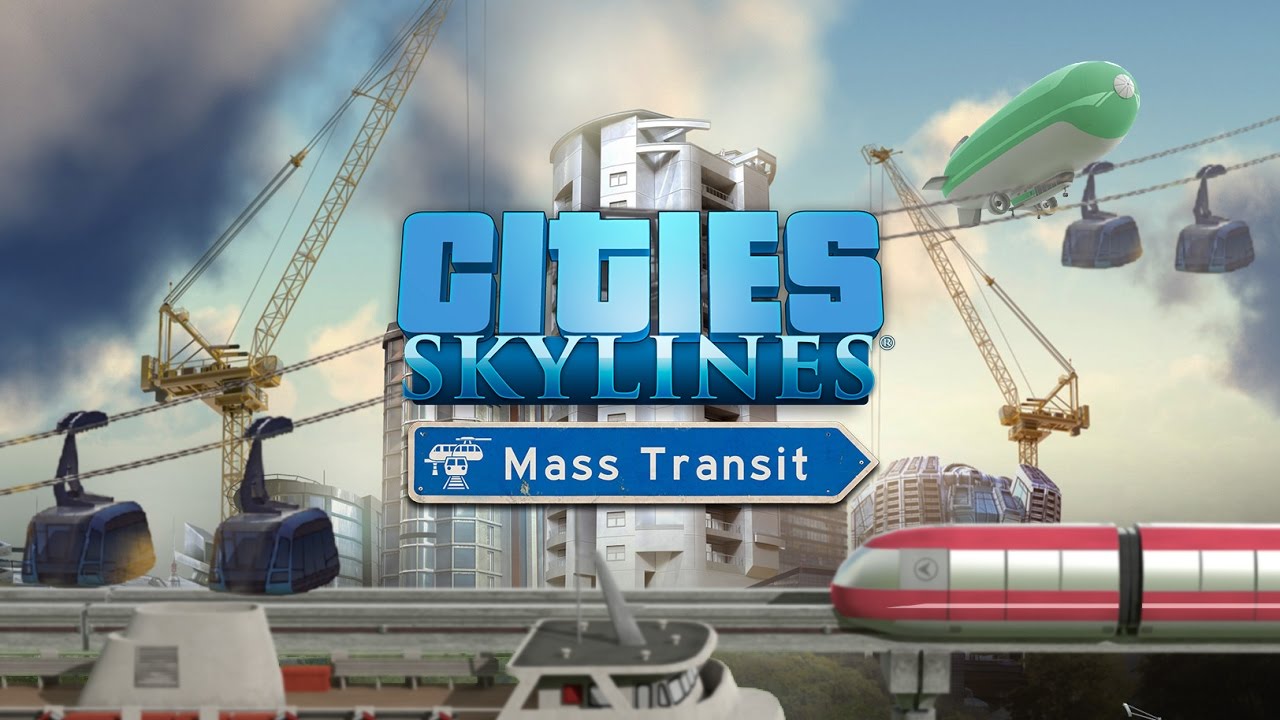 Who doesn’t love a good city simulator ? From the early days of the game industry to modern iterations from both the triple A and indie markets, city simulators have sometimes been some of the most talked about and sought after types of games. Cities: Skylines has been one of the more popular releases in the genre over the past few years, outselling genre staples like Sim City, and has proven that playing such games with a controller is not only possible but can be done just as well as the classic keyboard and mouse set up that was the old favourite for most players of the genre. Now we’re presented with the latest DLC release for the game, Cities: Skylines – Mass Transit.

Mass Transit is the latest DLC release for Cities: Skylines and features many updated features and new mechanics so that you can really come to grips with the transport in your virtual city creations. Now you can not only control your city’s roads and public transport, but you can also get into the fine details of road networks and have several hubs to make the transition between different types of mass transports even more easily and efficiently. 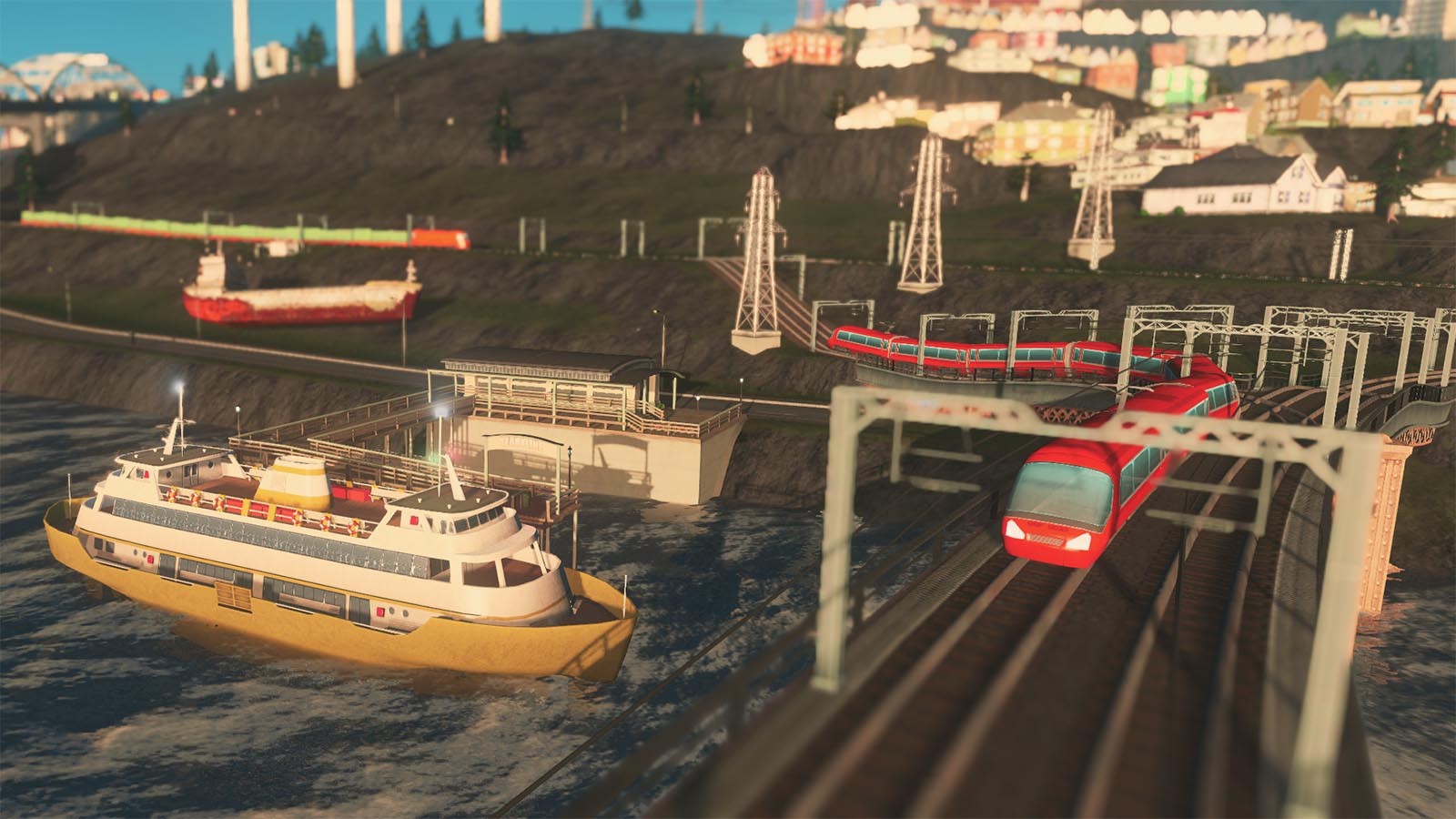 One of the best new features of Mass Transit are the additions to the road systems. Firstly, when first constructing your roads, there is more information displayed to make it much easier to construct a road system that makes sense and is going to prevent congestion. While you’re laying down your roads, there are several spots on the grid that tell you where it is best to create junctions, meaning that when constructing your suburbs or central commercial districts, you can connect up your roads in a much simpler and more visually pleasing way.

Another feature added to road construction is the ability to name all of your roads, starting with a randomly generated name when the road is first placed down. You can use inspector mode to go into each road and individually change each of the names to whatever you like. Anyone who really wants to get down to grips with the minutia of their cities will have a lot of fun coming up with names for each of their roads, and perhaps more importantly, you can give them all hilarious rude names when you get bored. Not to mention if you really get stuck with a congested highway and don’t seem to be able to solve it, you can just rename it to ‘sod off avenue’ for the sake of pure catharsis. 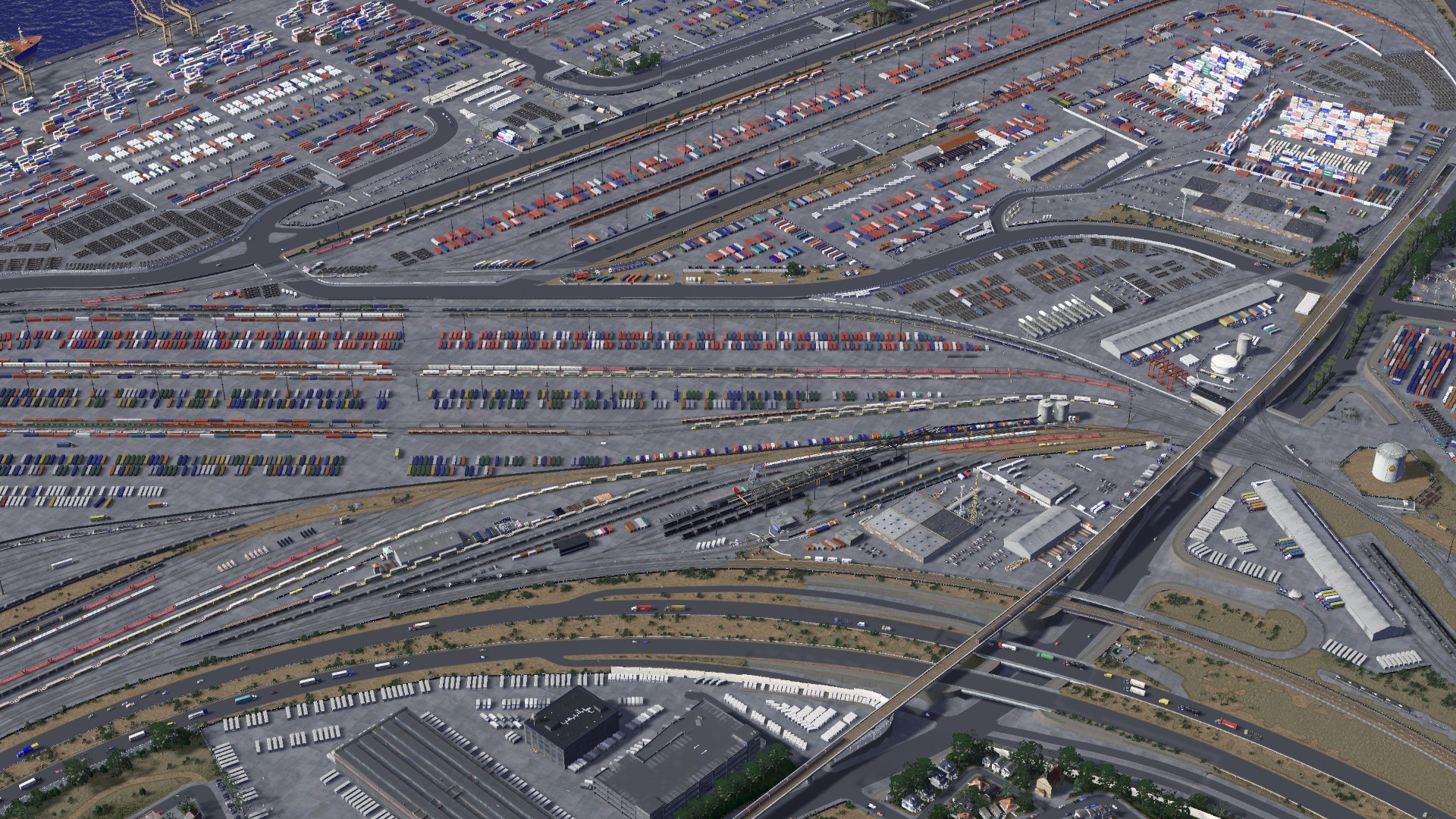 Improvements to efficiency abound in Mass Transit as well. You can now construct several different hubs that allow your citizens and tourists to immediately switch between different transport types. This means that you can cut down on foot traffic and travel times for the people in your city that want to go straight from a bus to a train, for example, again helping to ease your congestion. These hubs come in several different combinations, including one for the newest transport types: ferries.

Ferries are a bit of an interesting one, only really being useful in specific maps. They help to remove travel off of your roadways by creating ferry lines that people can use to cross lakes or rivers between different points in your city. Of course, if you have a city without a river or lake, it doesn’t really help much, and for the most part, you can solve congestion problems by being clever when designing your road systems, even across bodies of water. 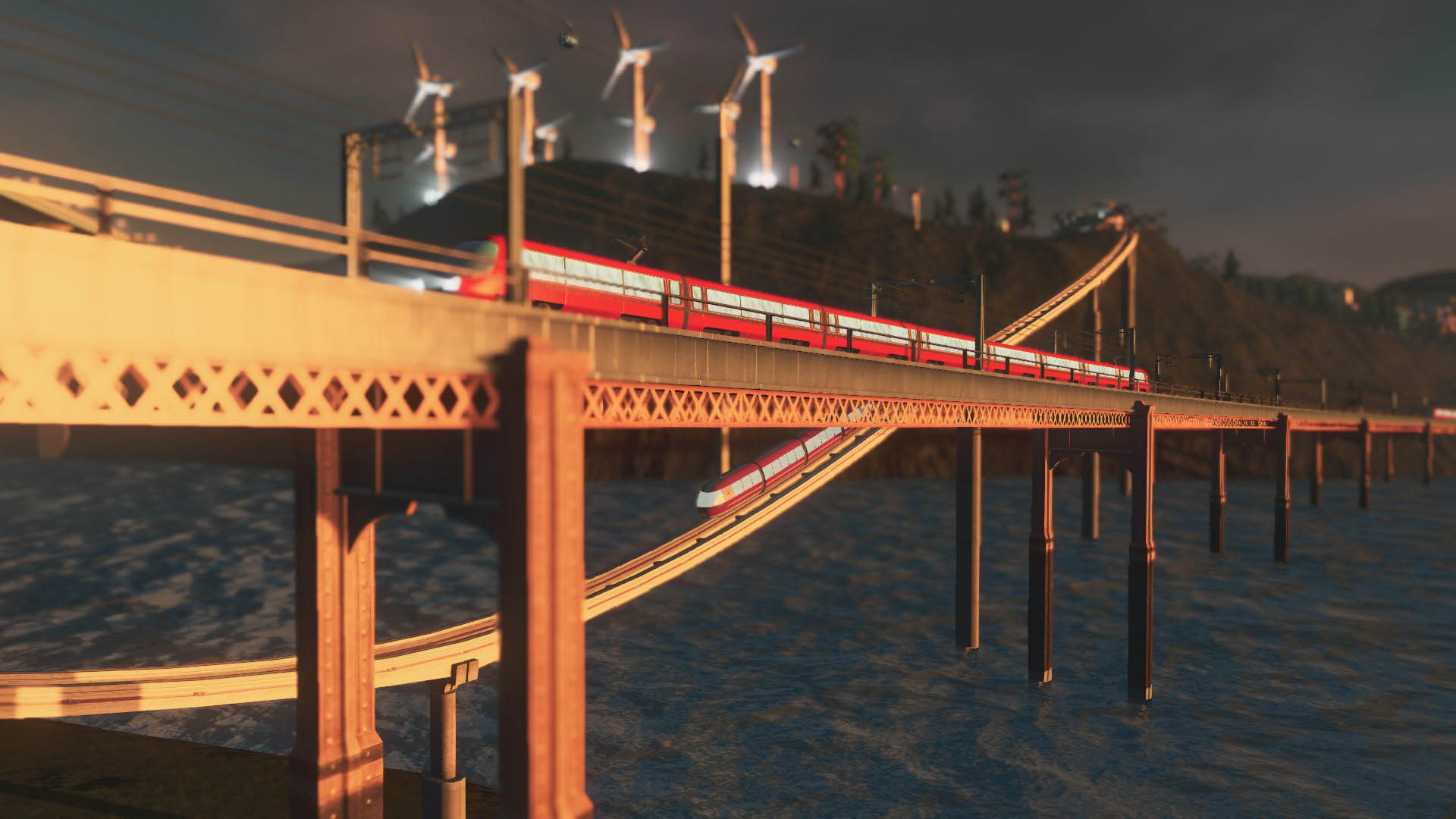 As well as being very specific in their application, ferries are very fiddly. While the process of creating these ferry lines is very simple, if a little costly, getting people to actually use the bloody things is a different matter. Once you’ve built several different ferry stations, a ferry depot and have connected them all with ferry paths, you have to just sit and hope that your citizens end up using them. Several times, especially during the new scenarios, the little gits just flat out refused to set board on the boats, so either we were doing something wrong, or there was a sudden bout of hydrophobia in ‘Willsville’.

There are also a variety of other more niche travel options introduced by Mass Transit. As well as the ferries, your citizens can also get around in blimps, cable cars and monorails. It’s a very nice touch that adds a bit more variety to the game, and it also makes it possible to recreate the Heights of Abraham (finally!). It really does make your city feel more thriving and alive to have several blimps floating through the sky and a set of monorail tracks taking up space in your already busy streets. You can almost see the ratty teenagers rocking the gondolas on the cable cars as they carry your citizens up the more steep inclines of your settlements.

The final major inclusion of Mass Transit are the new scenarios that come bundled with the DLC. You have 3 new scenarios, each one themed around some form of transportation. You have the Ferry Empire scenario, in which you have to try and get your water-avoiding citizens to use a new ferry line that crosses one of several lakes, and you have the train scenario that feels like you’re playing one of those incredibly dry train simulators. Finally, you have the road-centric scenario, in which you must ease the congestion of a city whose road planners must have been huffing paint.

All in all, I would not recommend that you try these scenarios out immediately, if only because they can all be quite challenging unless you’re a master of the game’s various mechanics already. The scenarios all start you off in a pretty bad situation or at least start you off in a situation that can be tricky to wrap your head around, partially thanks to the fact that you didn’t have a hand in actually creating the cities yourself in the first place. It’s sort of a shame that the game didn’t ship with any default scenarios to mess around in. Scenarios with pre-built cities and certain goals might have been nice, something akin to the scenarios of the old Roller Coaster Tycoon games.

Want more DLC goodness for Cities: Skylines? Check out our review of the Natural Disasters DLC. 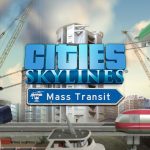 Mass Transit is another excellent DLC for Cities: Skylines that adds more and more minute control over the infrastructure to your city, which will please all of the complete troll freaks who enjoy this game. While the scenarios may be a bit of a bum addition, the new mechanics that focus on the freedom to design the transit system of your choice are very nice to play around with, and it's getting more and more possible to make a full-scale replica of Nottingham that you can then hit with a meteorite. That'll teach them for getting rid of the Robin Hood experience. 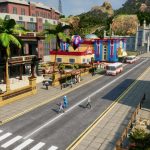 Tropico 6 Release Date Pushed Back to 2019