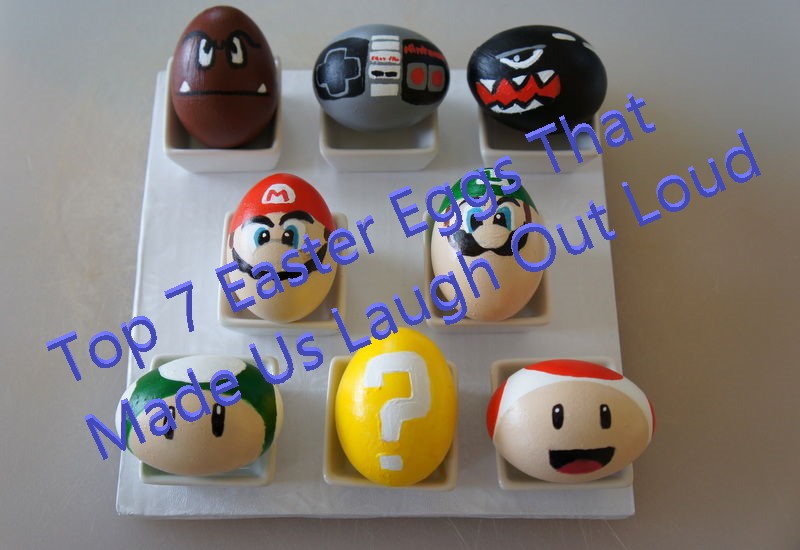 Coming across an unexpected Easter egg whilst enjoying a gaming session is something many of us have experienced. When a game pays homage to a beloved part of pop culture, it often fills gamers with nostalgia and surprise, not to mention the bonus that comes if it also happens to be hilarious. Here are 7 video game Easter eggs that made us laugh out loud… 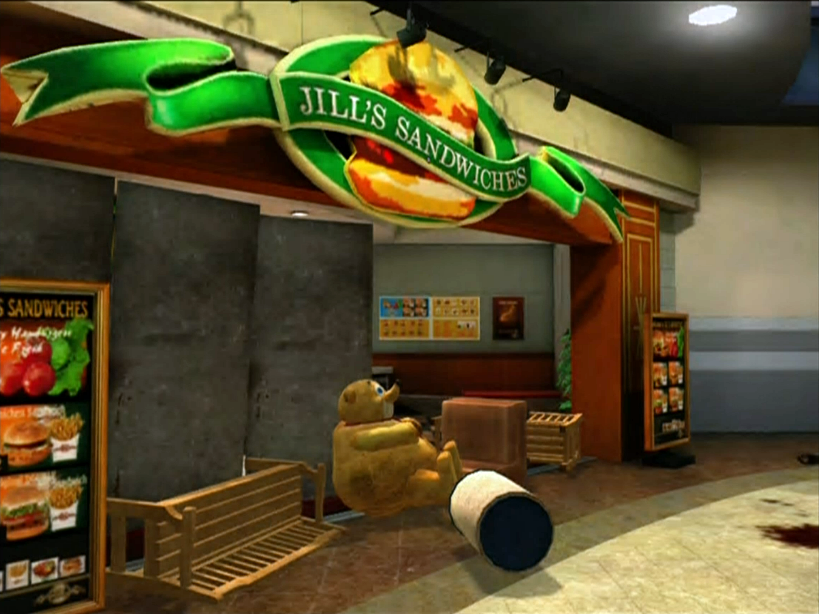 There is no shortage of zombie games available on a wide range of gaming systems. From Telltale’s The Walking Dead to the Left 4 Dead games but, of course, one of the first popular zombie games was Resident Evil for the PlayStation. Anyone who has played the original Resident Evil will tell you that the series has improved since its early days. Resident Evil had some great dialogue (sarcasm, if you couldn’t tell) with solid gold such as “I’ve been thinking, there’s something wrong with this house.”

However, arguably the most memorable line comes when main character Jill narrowly escapes being crushed to death as Barry quips, “You were almost a Jill sandwich”. Now, I know what you’re thinking: What does this have to do with Dead Rising? Well, as you roam around the open world of Willamette Mall, you might come across a sandwich shop named Jill’s Sandwiches. In a game that doesn’t exactly take itself seriously, it took players off guard, but it really is great to see developers Capcom give a nod to the grand-daddy of zombie survival games with this hilarious Easter egg. 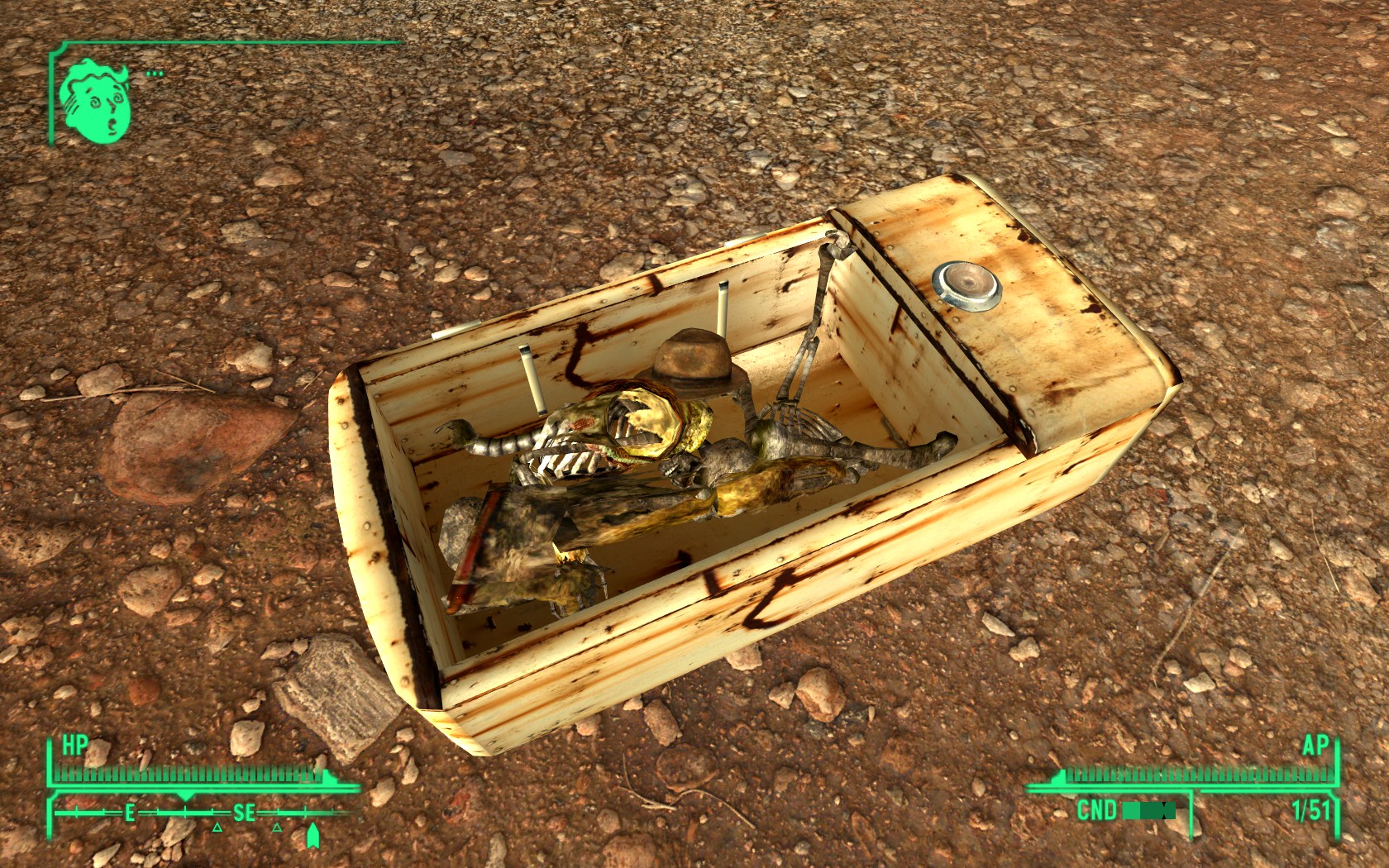 The Indiana Jones franchise is a beloved piece of pop culture that was undoubtedly dampened by the latest entry in the series, The Kingdom of the Crystal Skull. One particularly laughable scene in the movie sees Indiana jump inside a refrigerator to avoid being vaporized by a nuclear blast, and he somehow survives!
Well, the guys over at Bethesda gave us a more accurate representation of what would happen in that situation. If you wander around New Vegas for long enough, chances are that you will come across a skeleton inside a fridge wearing Indy’s famous fedora. Maybe Lucasfilm should start listening to Bethesda more often. 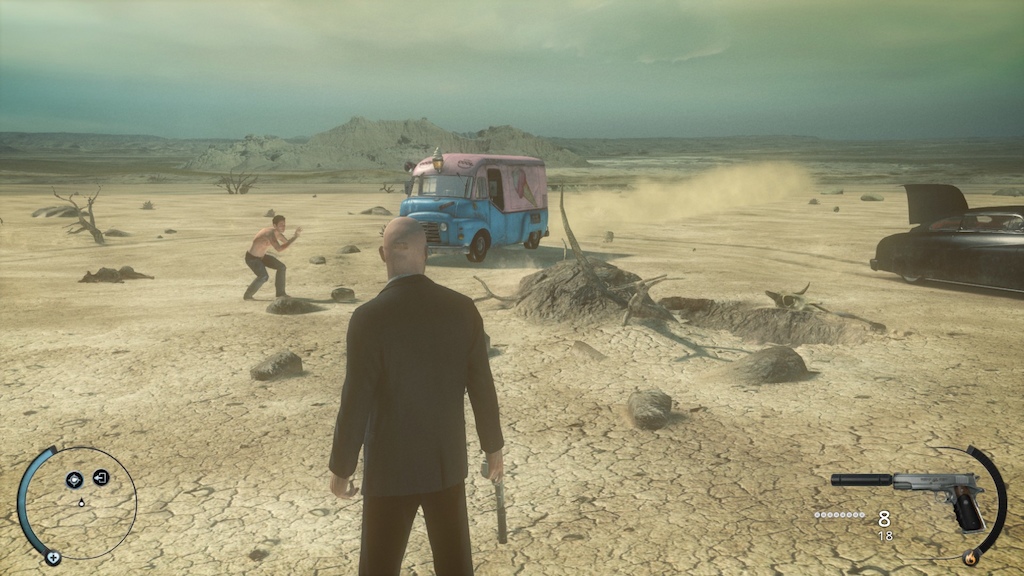 Surprisingly, the most serious game on this list so far has the wackiest yet most pointless Easter egg. During the mission “End of the Road”, Agent 47 makes Lenny dig his own grave in the middle of the desert. An undeniably dark mission can be made a lot less dark if you activate an Easter egg in which an ice cream truck appears from the middle of nowhere and takes out Lenny for you. If you want to see this in person, all you must do is shoot down every bird in the level and wait for Lenny to be launched across the desert, ragdolling along the way. It is a seemingly pointless but still hilarious Easter egg that you won’t regret activating.

4. The Witcher 2: Assassins of Kings – Failed Leap of Faith 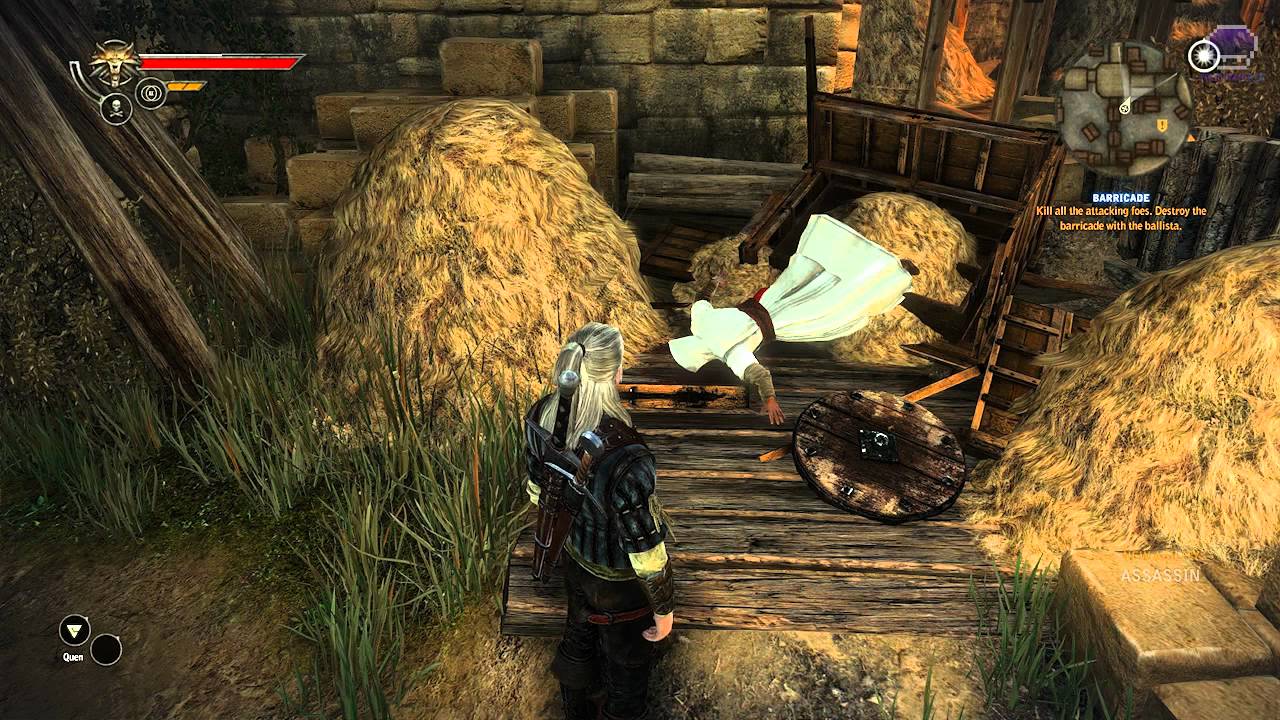 Developers CD Projekt RED seem a little bit salty about their competition in assassin-based games with this amazing Easter egg. It’s during the Ballista section of the Prologue where you can find a dead body wearing the instantly recognisable white assassin robes from Ubisoft’s Assassin’s Creed. Many players identify this unnamed assassin as original protagonist Altaïr Ibn-La’Ahad. The dead body is located next to a haystack, an obvious jab at the Assassin’s Creed series’ infamous signature move the “Leap of Faith”. The player also gets an extra point in the assassination attribute if they find this Easter egg, so keep a look out next time you play The Witcher 2: Assassins of Kings. 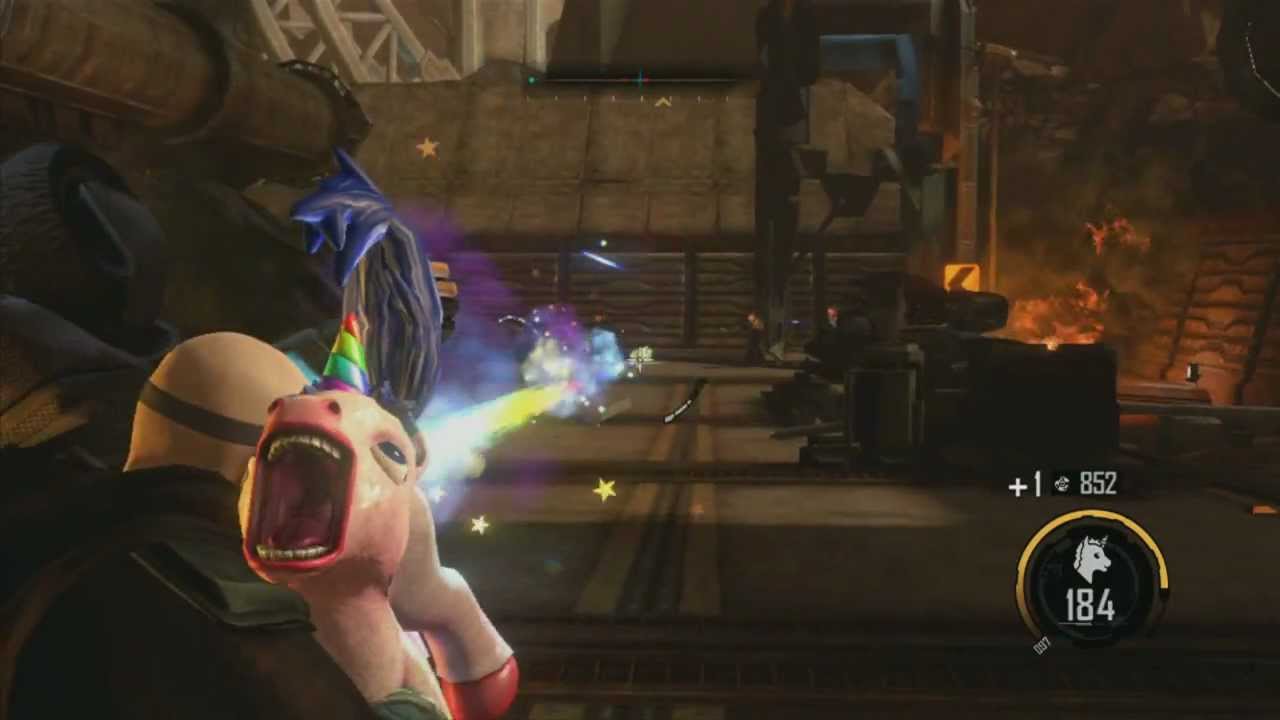 There is no better way to describe this Easter egg other than to just tell it how it is. There is a unicorn gun that shoots rainbows out of its rear end. What’s even better is the fact that the unicorn is called Mr. Toots! The series’ destructible environments add to the player’s experience with Mr. Toots. Why can’t every game have an optional Mr. Toots? 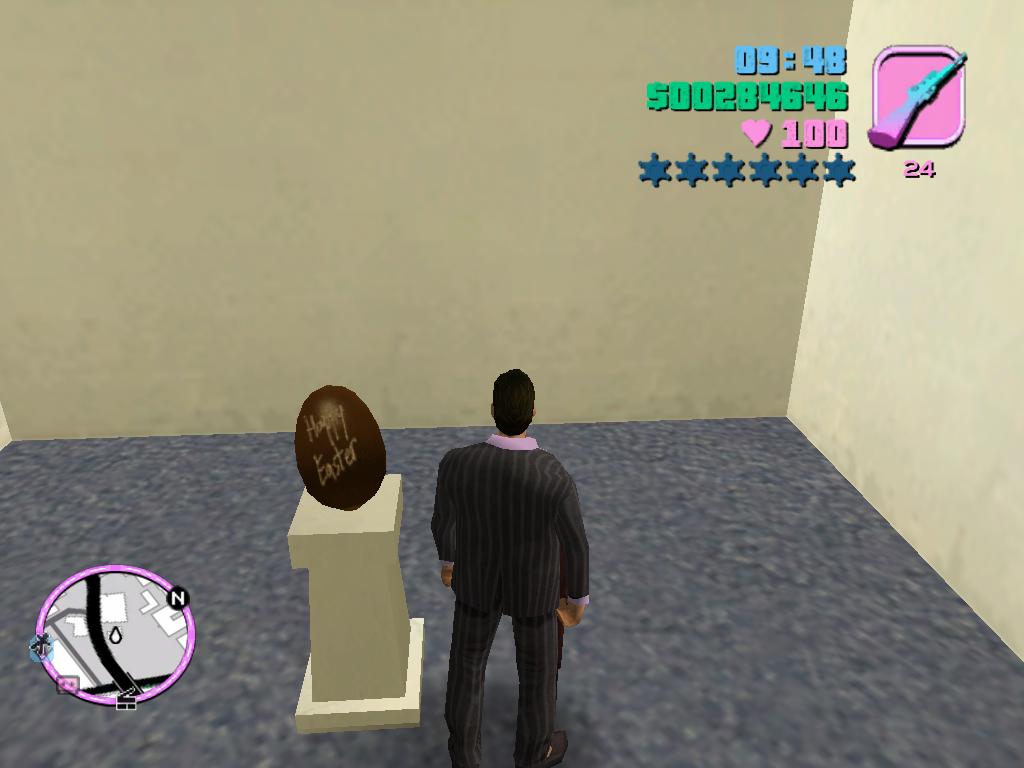 Rockstar Games are well known for their wit and humour in their games, and this Easter egg shows no exception. In downtown Vice City, there is a window the player can jump through to get to the Easter egg in question. What is the Easter egg, I hear you ask? The Easter egg is just that, an Easter egg. Rockstar added an Easter egg into Grand Theft Auto: Vice City that is literally an egg in a room that has the words “Happy Easter!” engraved on it. Eggcellent! (not sorry). 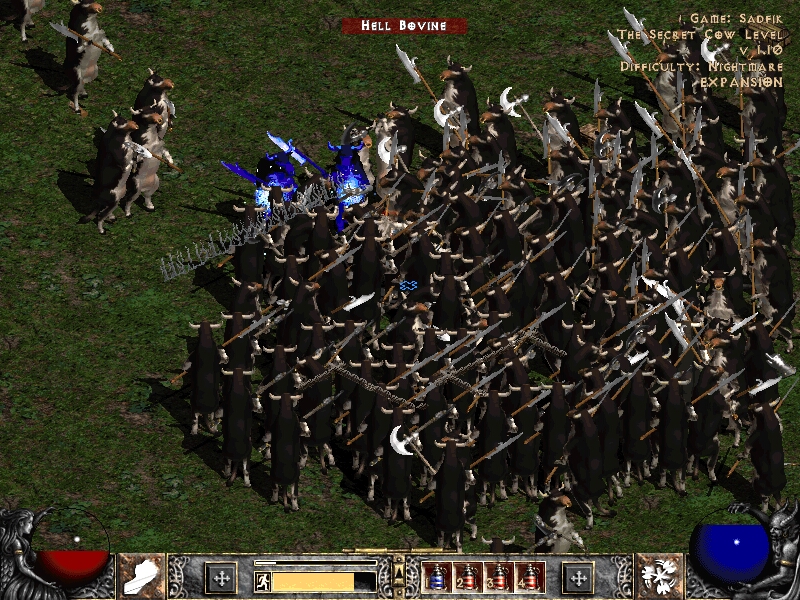 Animal-based Easter eggs and cameos aren’t exactly a rare sight in games. For example, there’s the golden chicken from Gears of War and the Giant Ocean Bunny from Saints Row 2 (just a couple of honourable mentions). My personal favourite, and the one I chose to be #1 on this list, is the secret cow level in Diablo II. In the game a player can create a portal in a small area filled with Hell Bovines to be transported to this bizarre level. In it, you must defeat the Cow King. I’m sure I’m not the only one who finds that hilarious.

For more listage, check out our Best Survival Games on PC HERE 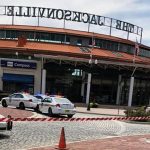