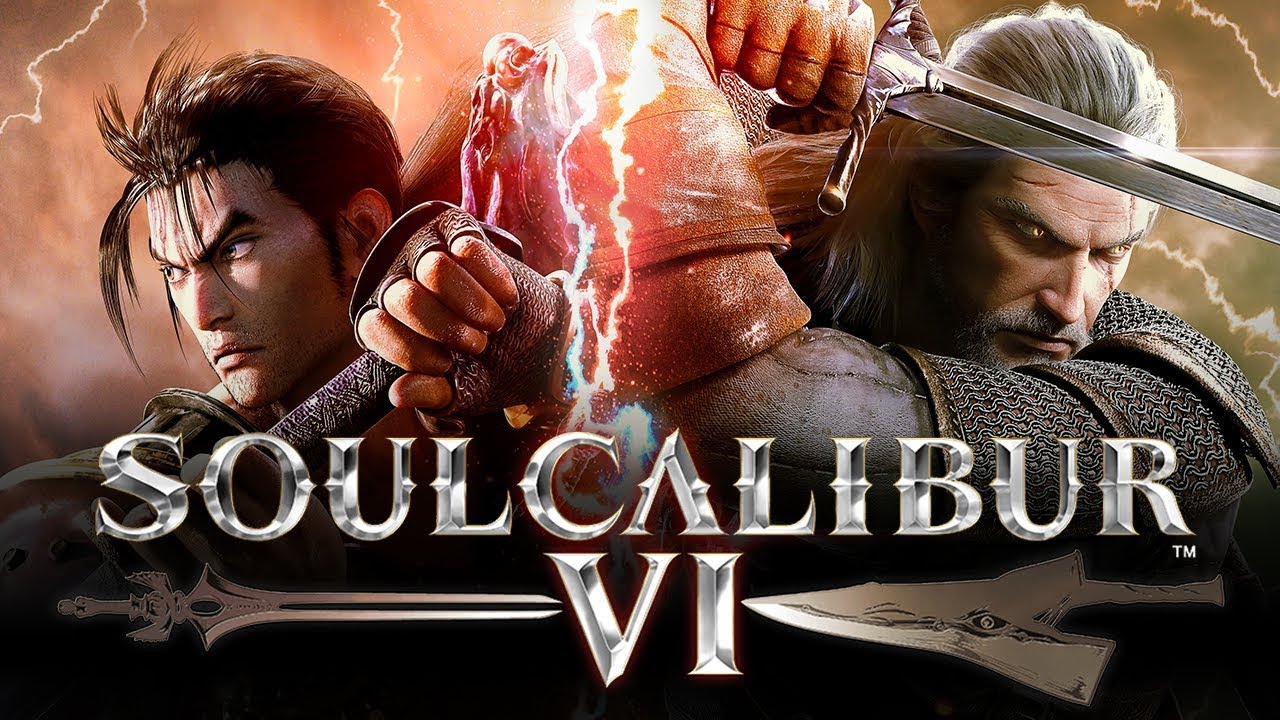 So, we finally return to the stage of history in Soul Calibur VI after a long wait and a lot of hype. We are now in the sixth major instalment of this much beloved fighting series, and since its initial insurrection way back in 1995, it has come a long way. Bandai Namco have certainly proved their worth when it comes to fighting games as their other massive long-running series, Tekken, rolls off of anyone’s tongue when it comes to favourites, but Soul Calibur holds a special place in the genre because of its focus on weapon-based combat.

With Soul Calibur VI, we are transported back to the series’ origins, back to the 16th Century with the two mystical blades, Soul Edge and Soul Calibur. The main focus of the story mode, which is impressively expansive, is the release of the ‘evil seed’, dark magical power released by Soul Edge that corrupts strong souls and devours weak ones. It’s in the story mode where we are shown the perspectives of each character individually, how their circumstances came to be embroiled in the chase for this accursed blade. The chapters are told through a mixture of slideshows and great looking cutscenes with battles in between. The voice work is not half bad either. There is a lot of story here though, so you’ll spend a lot of time reading and listening rather than fighting, and most fights, apart from battles with other characters, will be against zombie-like …….enemies. 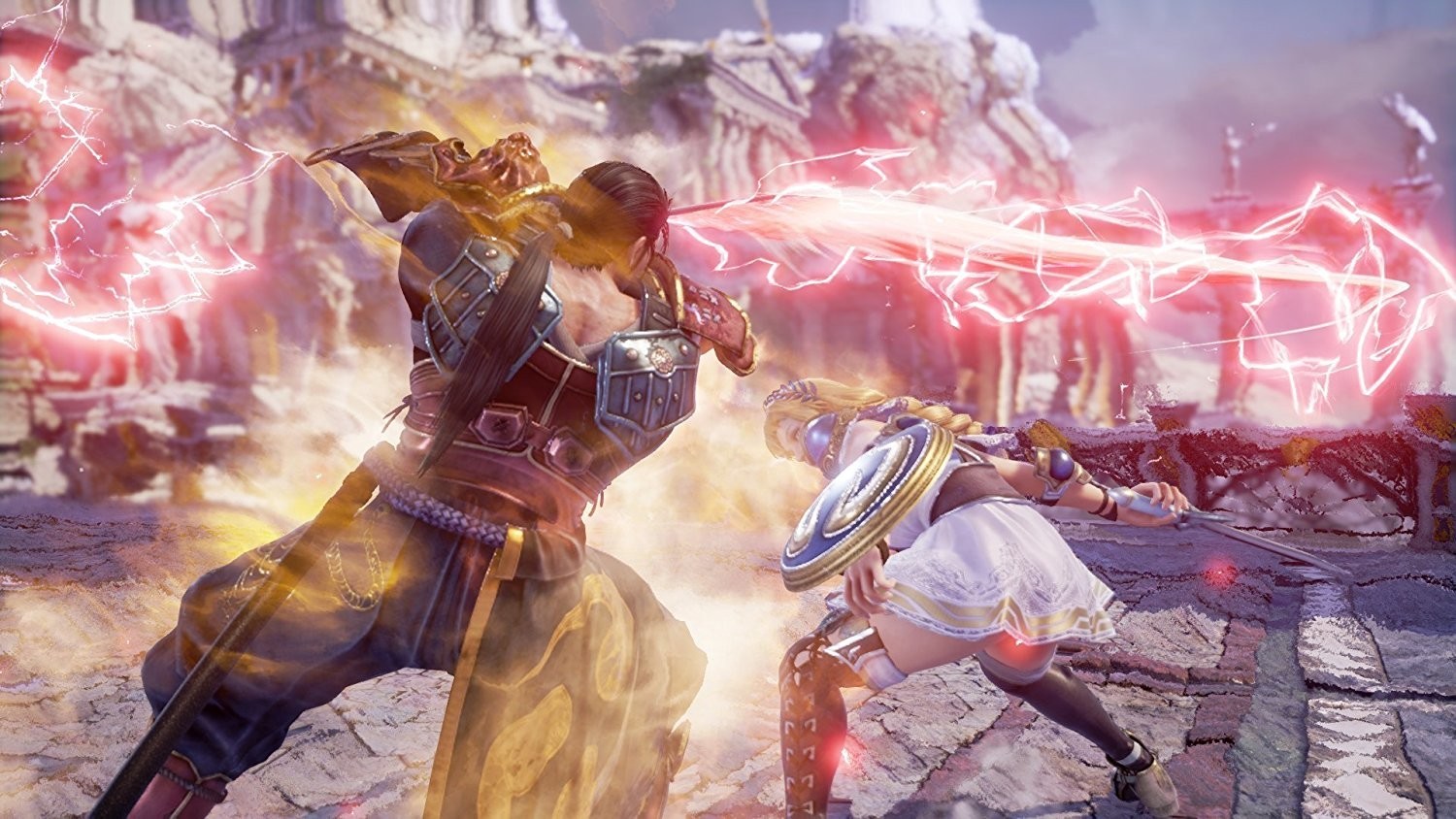 But wait, there’s another story mode? Labelled Libra of Souls, this mode requires you to create your own fighter using a very simple creation tool. You’re only able to customise your fighter’s height, weight, face and body, and you’re automatically equipped with an armour costume as standard. You then choose your weapon out of the weapons used by the original cast, along with their fighting styles. Once you’re done, you traverse a map screen guided by the mysterious hooded monk Zasalamel, who is the protector of Soul Edge’s holier counterpart, Soul Calibur. Each location has scenarios embedded in it that will require you to fight or talk using an RPG-style conversation system in which you decide your responses. In fact, Libra of Souls is very RPG-like in its execution. You’ll be rewarded clothing and armour to help shape your custom character and become a serious successor to the Soul Calibur and put a final end to Soul Edge’s evil. Libra of Souls is a fantastic mode for lone players. Interacting with the series’ veteran fighters with your own creation and building them up to be a legendary warrior is really cool. It’s also a great place to find your footing and get ready for other modes as there is a tutorial explaining Soul Calibur VI’s fighting mechanics within it. 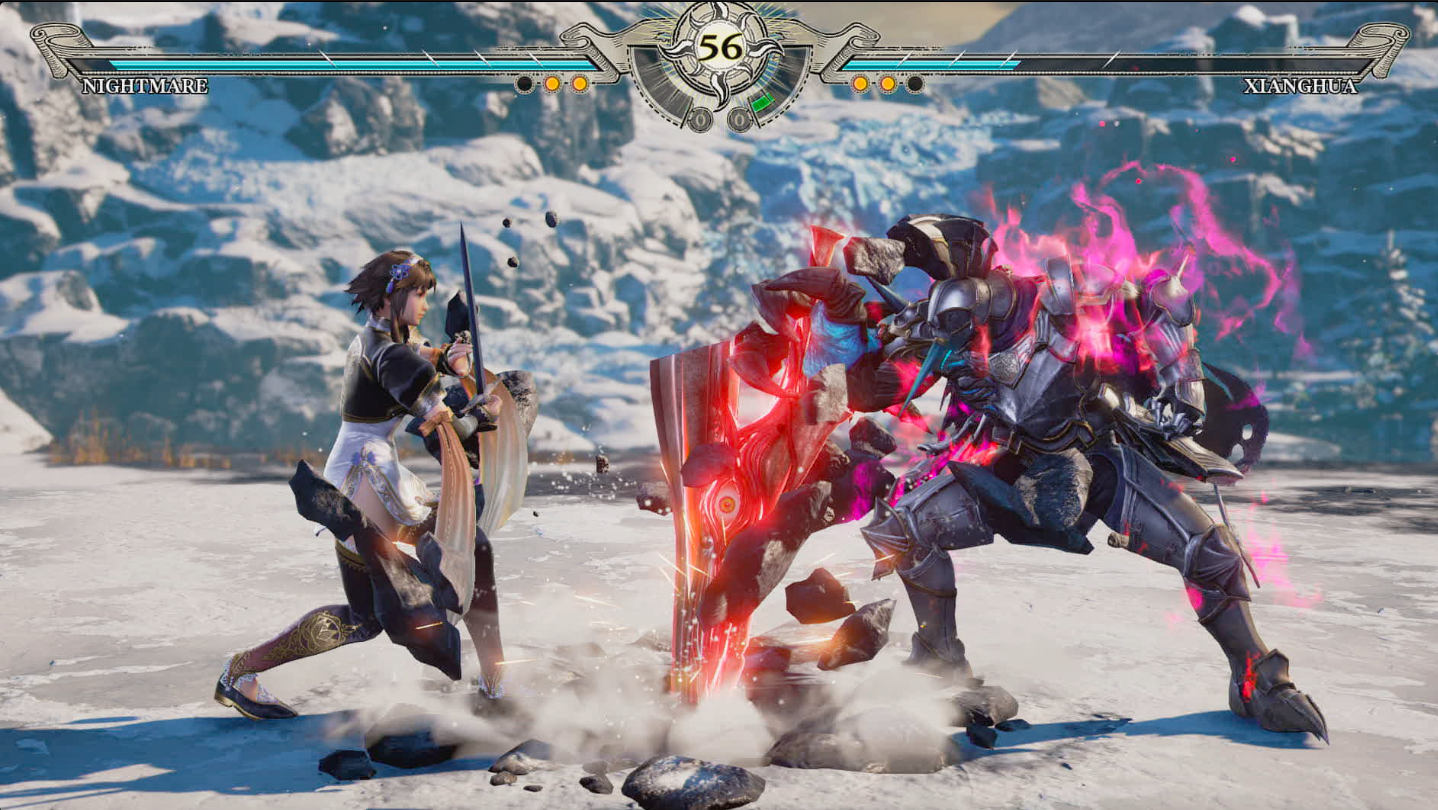 Speaking of mechanics, Soul Calibur VI shows that it deserves its place up there with the best. The standard one-on-one format remains, and it is as silky smooth as it has ever been. Each character has a horizontal and vertical attack, a kick and guard. You can also press vertical and horizontal attacks together to unleash special attacks and horizontal attack and guard buttons to throw your opponent. New to Soul Calibur VI is the debut of the Reversal Edge ability which, once used, triggers a rock-paper-scissors sequence similar to the clash seen in Injustice 2 or the elbow neck tie-up mini game seen in WWE 2K19. This move can be used to help come back from the brink of defeat and gain momentum to unleash a series of attacks of your own. It doesn’t come free though as it uses up a segment of a special gauge. 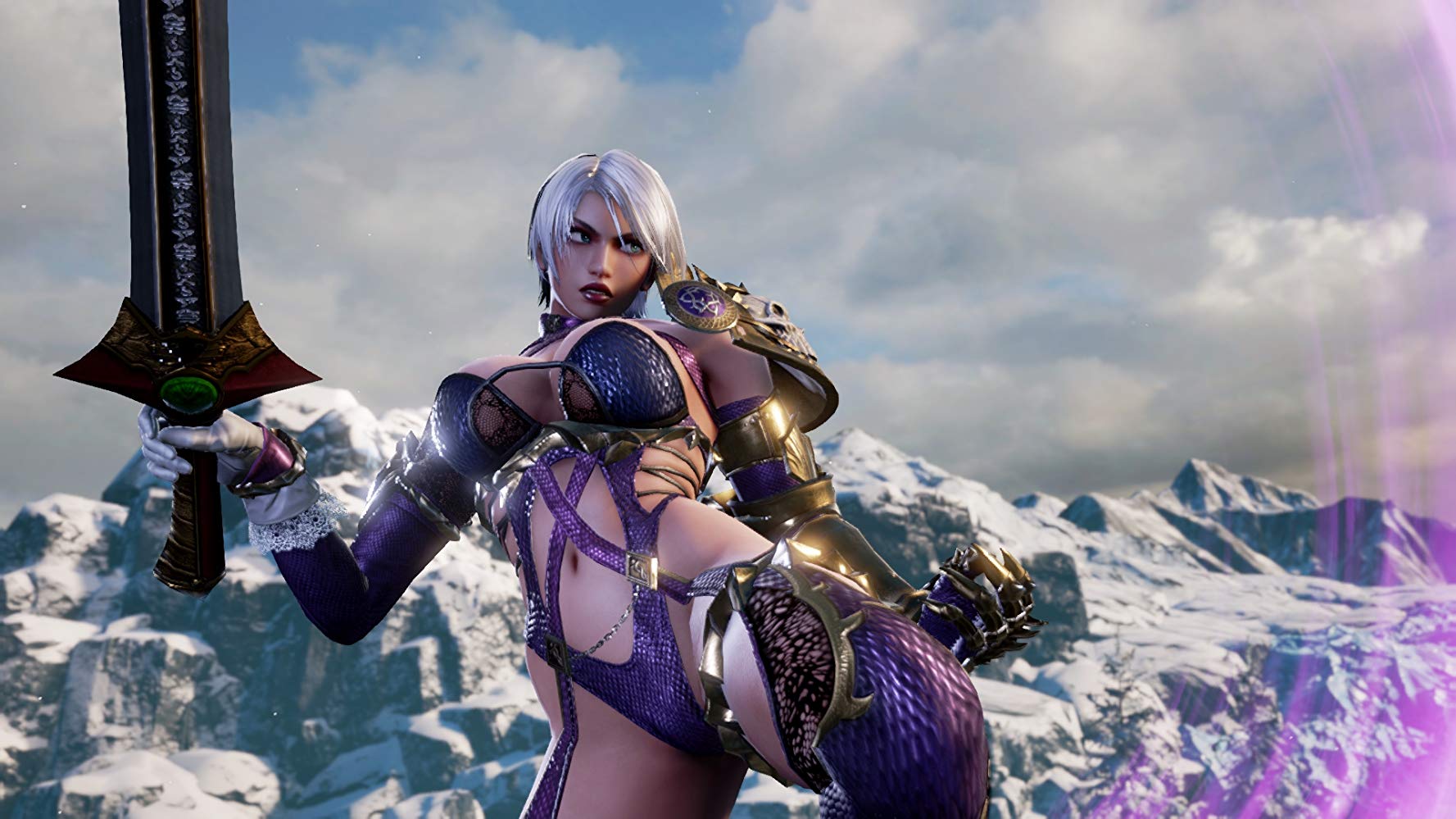 This Edge meter, of sorts, has two other functions as well. You can use a Soul Charge move that temporarily enhances your attack strength and finally, if the meter is full, you can activate your fighter’s Critical Edge technique. These attacks are flashy combinations that take a lot of health from your opponent if you catch them, and they are truly spectacular.

The roster is nicely balanced with returning characters and a couple of newbies to mix things up a little. The samurai Mitsurugi, the ninja Taki, corrupted pirate Cervantes (my personal favourite) and weirdo Voldo return with newcomers like Azwel, a self-proclaimed leader of humanity who uses a weapon called Palindrome which grants him the ability to create weapons out of thin air and employs a fighting style called “practical application of martial philosophy and theory”. Then there is Grøh, member of an ancient secret organisation tasked with protecting Soul Calibur. He is armed with a double-bladed staff and is a fine addition to the roster. What would Soul Calibur be without its guest fighters? We’ve seen the likes of Assassin’s Creed 2’s Ezio, Star Wars’ Yoda and Darth Vader and even The Legend of Zelda’s Link join the fray in past titles, but now it’s Geralt of Rivia’s turn. Sporting his traditional Witcher armour from The Witcher 3: Wild Hunt, his mixture of swordplay and magic using his magical Signs fits in brilliantly with the rest of the cast, and he is a joy to play as. As well as Geralt himself, he comes with his stage set in Kaer Morhen too. 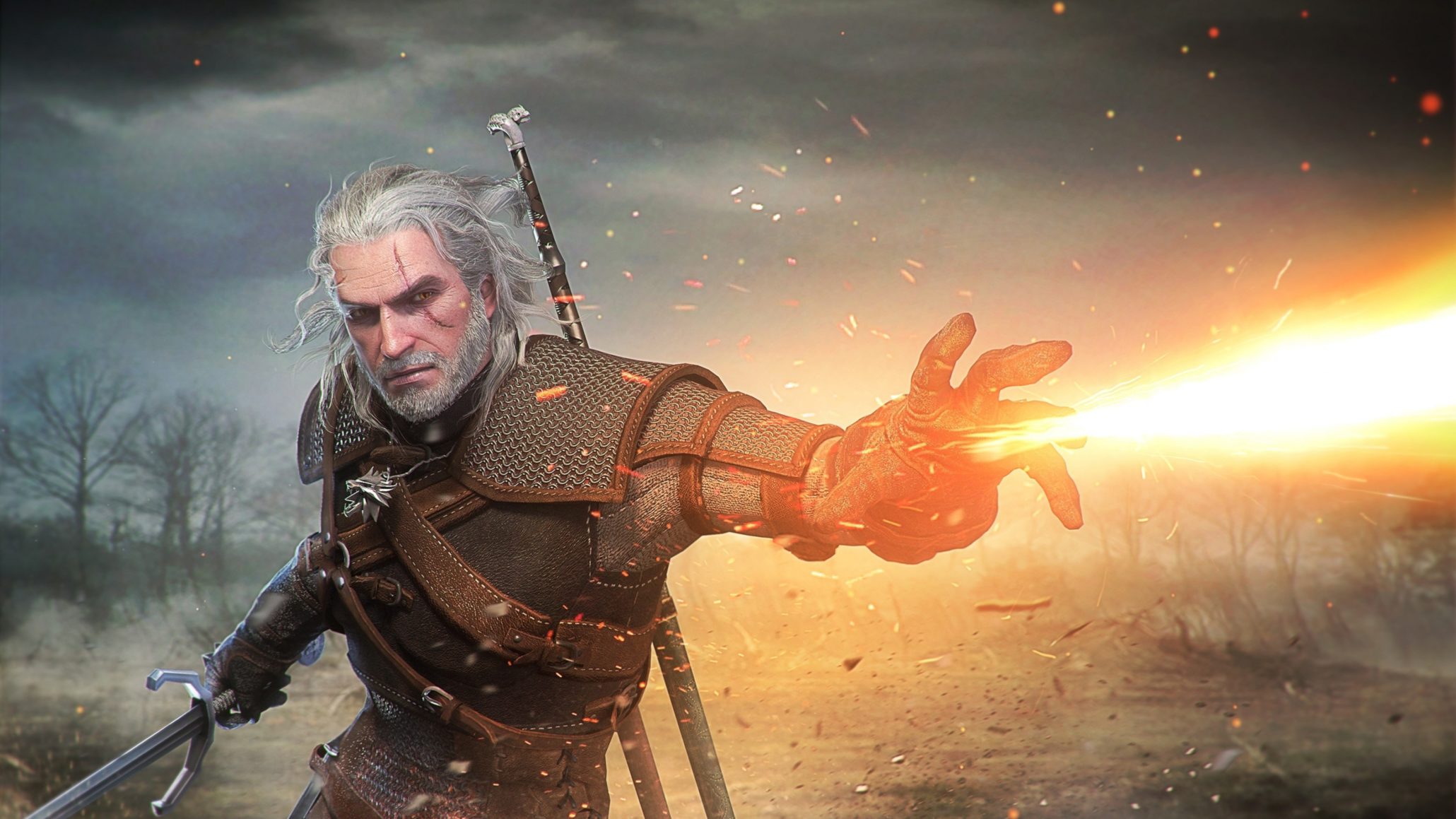 Soul Calibur VI is fast and requires quick thinking and cat-like reflexes to prevail, especially on higher difficulties or in the online modes. There’s an equal amount of gameplay elements to consider here, whether you’re an offensive or defensive player. Ways to dominate or come back are plentiful, an easy to learn but hard to master framework that has done Soul Calibur proud since its beginning, and it’s come to this, a silky smooth, fast and stylish fighting game that is one of the best you’ll play anywhere. 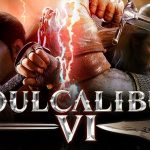 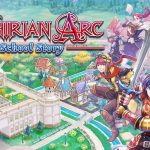 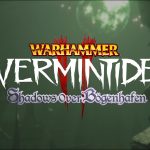