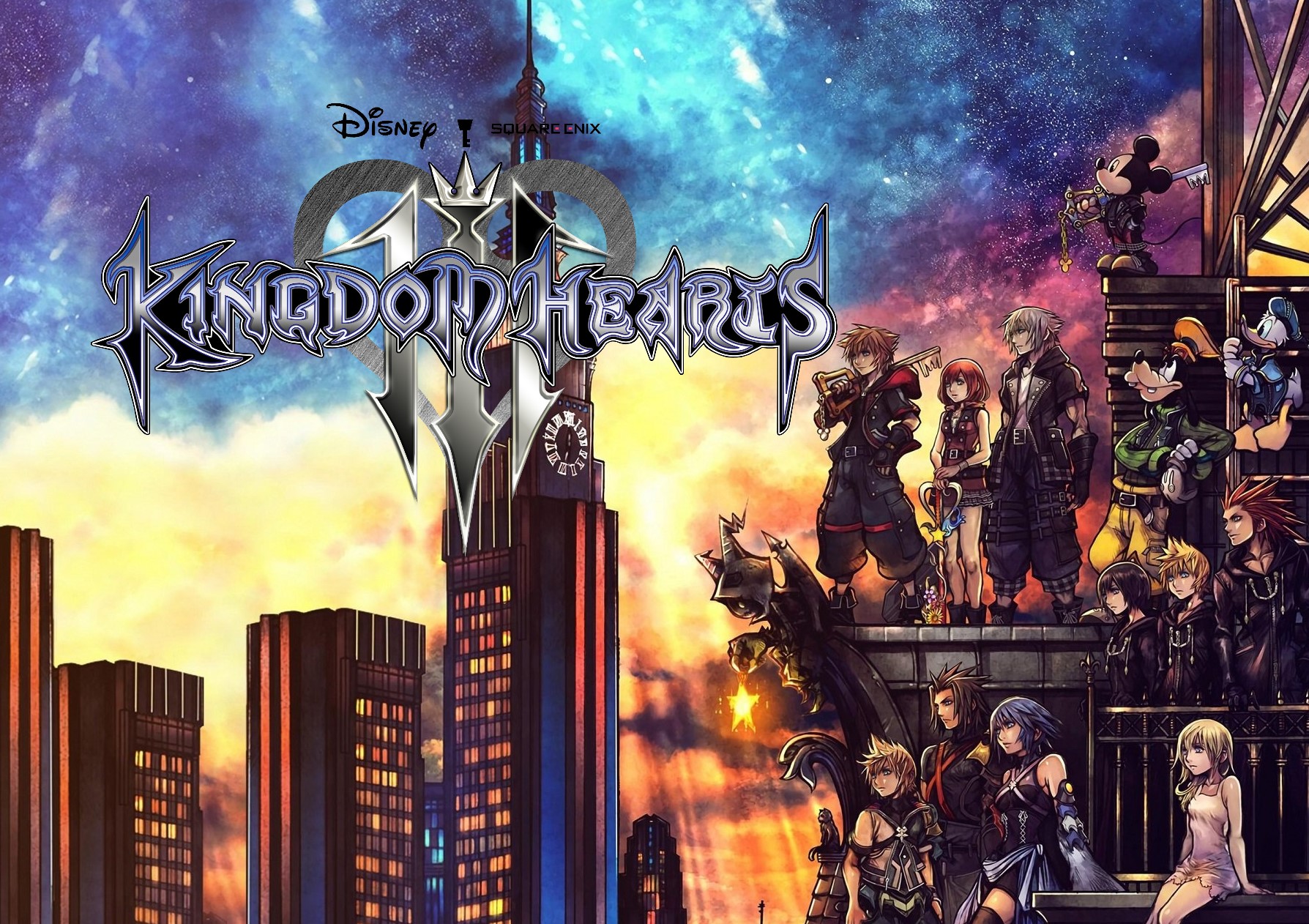 Wow. Thirteen years is a long time to wait for Kingdom Hearts III. I mean, if we’re getting technical, it’s only been seven years since Dream Drop Distance hit the 3DS, but the last main series game was all the way back in 2005. To put that in contrast, the most famous piece of sudo-vapourware in history, Duke Nukem Forever, took only fifteen years to make. It’s nice to know that Kingdom Hearts III managed to be much better than Duke Nukem Forever and continues the series’ tradition of greatness, albeit tinged with cringey dialogue. Once again we’re asked to fill the giant clown shoes of Sora, the world’s most generic JRPG protagonist, and along the way we encounter famous Disney characters on a magical adventure to save the world(s).

Any fan of the Kingdom Hearts series will tell you that the amount of background story you need to know to ‘get’ the series is completely insane. What basically started out as a classic Disney story of a boy going on a magical adventure and discovering he’s the chosen one has spiraled out into a convoluted fantasy plot involving wars, ultimate evils and a deus ex machina shaped like a cartoon love heart. As per usual, the central theme on display is the power of hearts. Almost every major plot point will be filled with dialogue going on about hearts, their power and them being taken over by darkness or light. It can be quite jarring to go from an all-powerful force of magic and strength mowing down enemies to a fifteen-year-old boy constantly making up some complete bollocks about hearts and their inherent power. 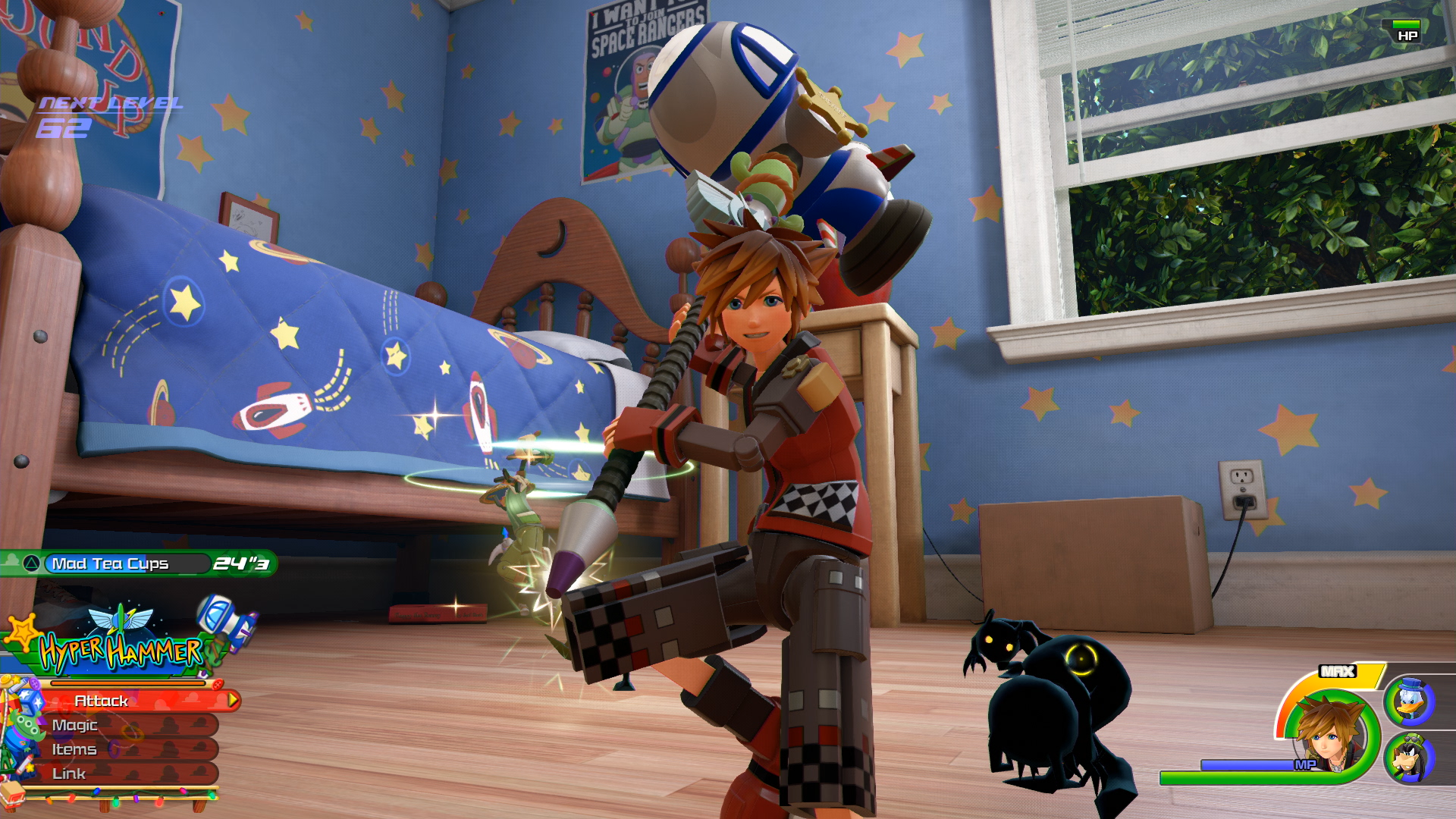 Leaving aside the at times annoying writing, the more important element of Kingdom Hearts III is how it plays. There was quite a considerable step up from Kingdom Hearts to Kingdom Hearts II, and the same again seems to have happened for Kingdom Hearts III. It seems like the developers have taken all of the best parts of each game in the series and added them to Kingdom Hearts III. The combat feels smooth and flows together just as well as it did in Kingdom Hearts II, but is combined with the shotlock system from Birth by Sleep, allowing you to slow down time and unload a barrage of ranged attacks on groups of enemies if things are getting too hot. There’s also a revised drive system that allows you to change forms based on the Keyblade that you have equipped.

The new drive system gives combat in Kingdom Hearts III much more variety than what was on offer in the previous games. Now every time you get a new Keyblade, you’re also getting a new form complete with its own special attacks, finishing move and shotlock type. It certainly helps to keep things from getting stale, especially since you can now have three Keyblades equipped at a time, meaning you can switch things up on the fly. Another system making a comeback is the summon system, although it’s going by ‘links’ now. Basically, it functioned the same as it ever did, a gimmicky system with basically one useful summon that you may entirely forget about it. That’s possibly not being entirely fair. The link system always returns you to full health, which is nice, but most of the actual summons have weird controls and aren’t exactly intuitive. That being said, there was at least one summon that got used repeatedly, so bear that in mind. 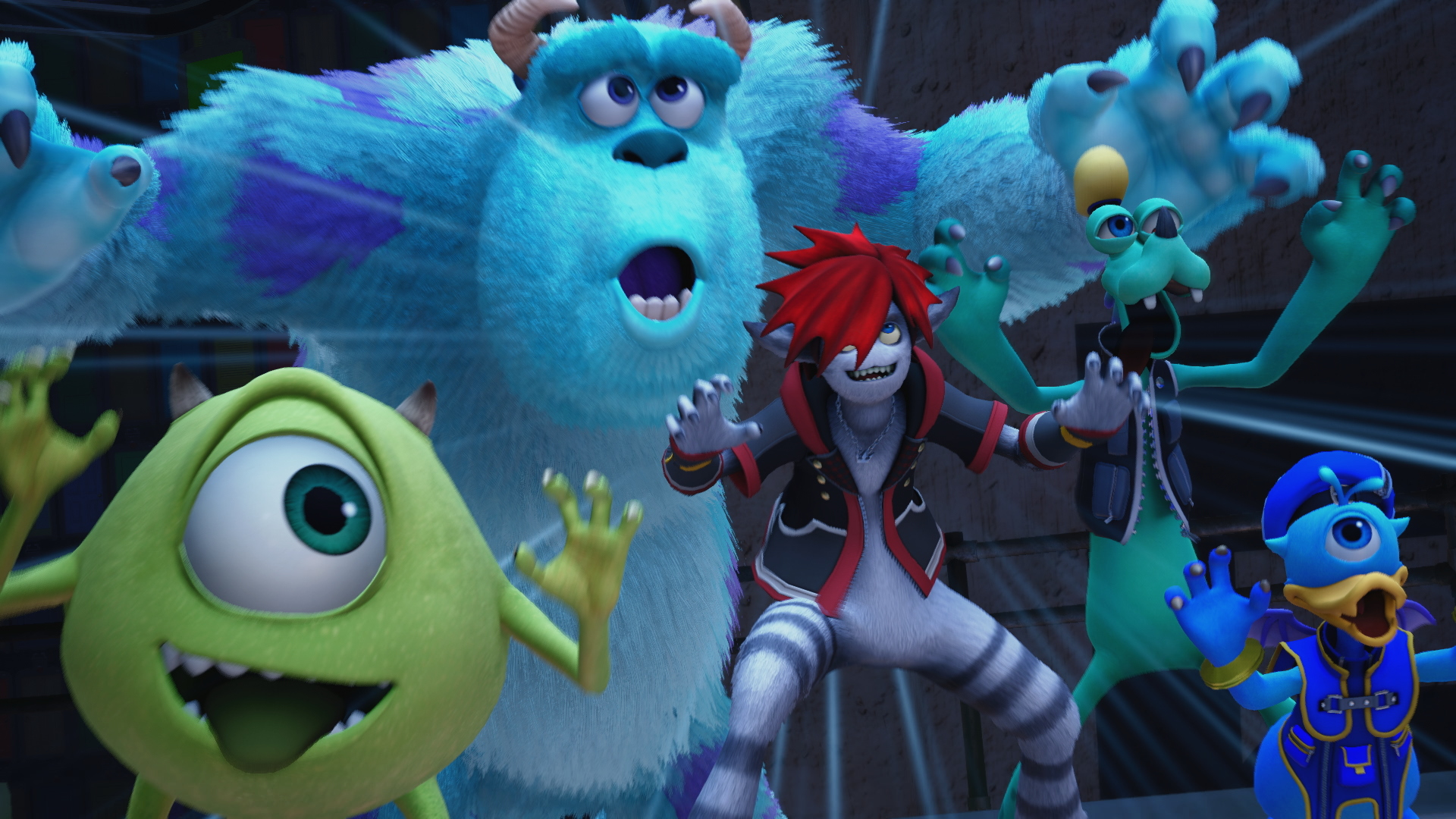 There are some mechanics entirely new to Kingdom Hearts III, and the most prominent of them is as much a mixed bag as linking is. The amusement system is a group of special attacks that summon giant fairground rides to attack your enemies. These attacks are universally wreathed in neon but are not always actually useful. They can be fun to watch at first, but after a while, it becomes more annoying than helpful to summon a giant carousel when your own magic and regular attacks will do the job just fine. The final system making a comeback in a big way is the flow-motion system, which was first introduced in Dream Drop Distance. Flow-motion is basically a movement system that has you trailing neon as you slide, grind and dash your way around the levels. Flow-motion ends up being insanely useful, partially because it gives you access to flashy attacks and partially because it helps to navigate the much larger levels quickly.

The worlds in Kingdom Hearts III are, on the whole, bloody fantastic. While a couple old levels have made a return, we’re primarily faced with a new crop of levels, all of which are massive and open, especially when compared to previous games in the series. Obviously, with fancier hardware comes bigger levels, but it’s something entirely different to see these well-rendered, expansive environments in the familiar Kingdom Hearts style. 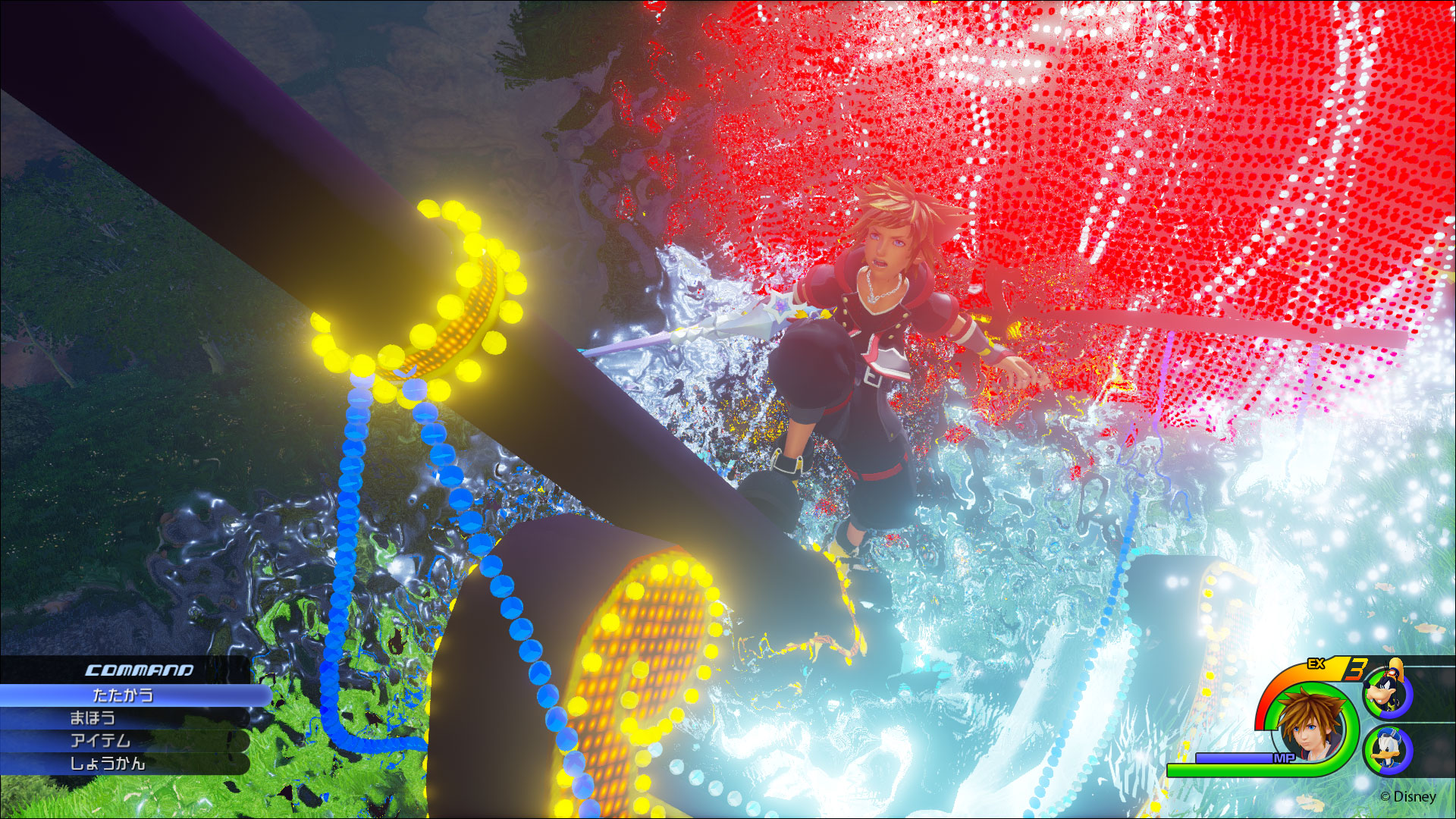 That’s not also to say that some levels don’t come out with problems. The Hundred Acre Wood is just straight up lacklustre, probably worn out from its third appearance in the series. One of the later worlds also has something of a problem with a lack of direction, but it’s very minor and is quickly forgotten. Overall, the game is a stunning work with very few drawbacks. The combat is mostly stunning, although there is a nasty tendency for enemies to stun-lock if you get even sort of nicked by the edge of their first attack. Bearing that in mind, a protip is to leave ‘Combo Master’ off for the entire game and don’t even think about turning it back on again.

Oh, and while we’re on the subject, you might find the gameplay a little easy. During our entire playthrough, we didn’t grind or upgrade the Keyblade, which is something else you can do, by the way, and yet we were only in danger of dying one time, and that was on the final boss. Having said that, they have included proud mode again, so if you really want a challenge, you always have that option.

The endgame content is another point that feels decidedly lacking, although that is almost certainly because we’ve been spoiled with several final mix editions over the past few years. While the original games were also missing a chunk of complex endgame stuff, the final mix games had bags and bags of it going on. Kingdom Hearts III is firmly in the ‘normal edition’ camp, providing you with very little extra to do once the credits have rolled. Does this mean that we will get a final mix for this game at some point? Maybe. Who knows? It might even be DLC this time. 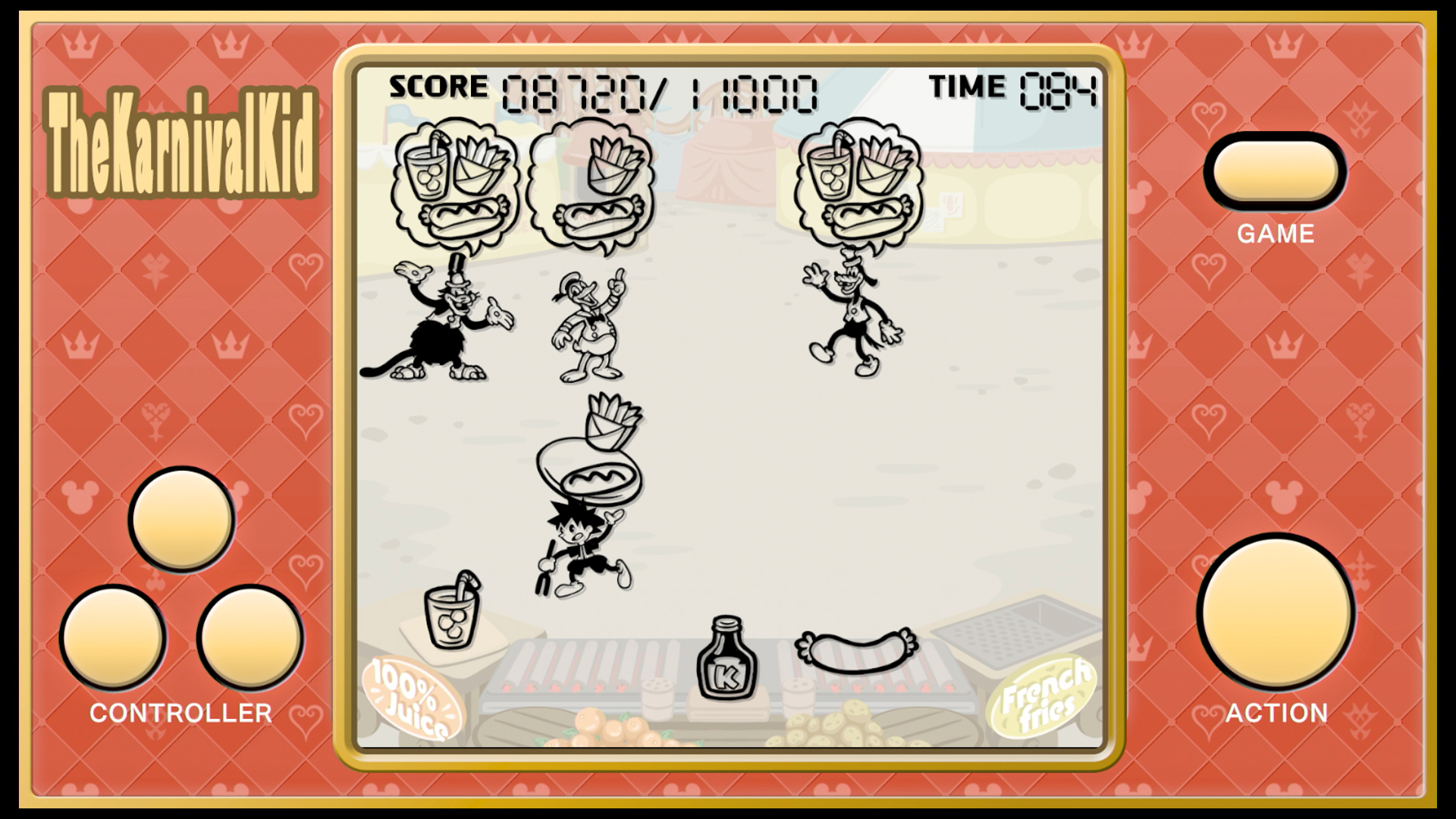 One last thing that needs discussing is the ending of Kingdom Hearts III. Now don’t worry, there are no story spoilers, partially because that would be a dick thing to do and partially because Sqaure Enix told us not to include any in our review. The thing that needs discussing is the fact that the ending is simultaneously an awesome conclusion to the series (hopefully) that ties things up well and has some intense moments and is also one of the vaguest and most annoying endings that any game has ever pulled out of its arse. It seems that despite claiming this to be the last game in Sora’s story, the developers wanted to leave things as vague as possible. While that can be a valid tactic in storytelling, it seems like a complete slap in the face to fans when the story in question has spent the past decade and a half doing nothing but presenting us with more and more convoluted questions. It might have been nice to just end with some definitive answers for once.

While it does have its flaws, Kingdom Hearts III has been worth the huge wait we've endured. The combat might be easy and the dialogue cringe-inducing, but the game feels insanely good to play, and the new combat and movement systems provide so much variety that it never stops being fun to play. There are certainly some features that feel like they were held back for a 'final mix' edition, and the ending may leave something to be desired, but overall, the game is an excellent way to round out the story about Sora and the crew. 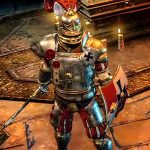 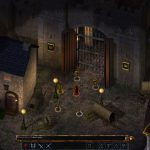