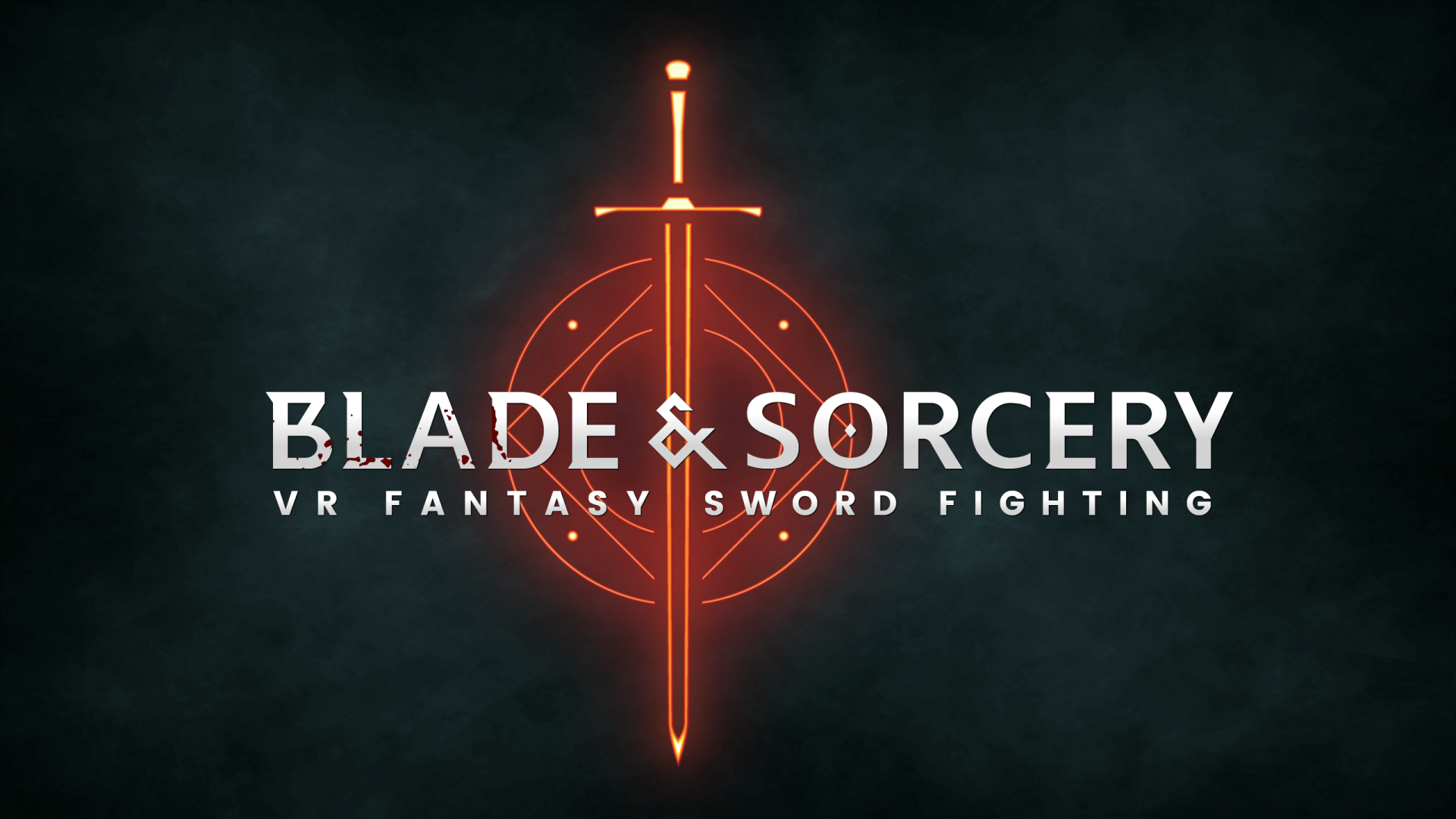 Welcome to the arena of carnage and destruction. In this title you play as, well, yourself. You can design your own avatar and become the gladiatorial one-man/woman wrecking machine you’ve always wanted to become. Nothing is off limits, and the only limitations are your imagination. Blade & Sorcery is that fun to play. Period. Never have I played a VR title that was so thoroughly enjoyable that I forgot I was in a VR game. Developed and published by Warp Frog, released on the Oculus, HTC Vive and Windows Mixed Reality on the 11th December 2018, it’s a one-man enterprise with KospY at the helm and VR YouTuber The Baron as his spokesperson/promoter. The duo have brought this game into the forefront of VR melee combat, and it is making waves in the VR industry.

The basis of this title is that of arena-style combat. The game is still in early access, but don’t let that put you off. I implore you to try it out. I was pleasantly surprised by how fluid the combat system is, and when I got going, my imagination ran wild. The basics are you play as you or however you wish to design your avatar: tall, thin, man, woman, beard, no beard, hair, etc, etc. This is fun to see in real time, and when looking into the mirror, it is somewhat disturbing. Your movements are tracked realistically when gesturing your hands as they are tracked accurately, and you know where your limbs are at all times. 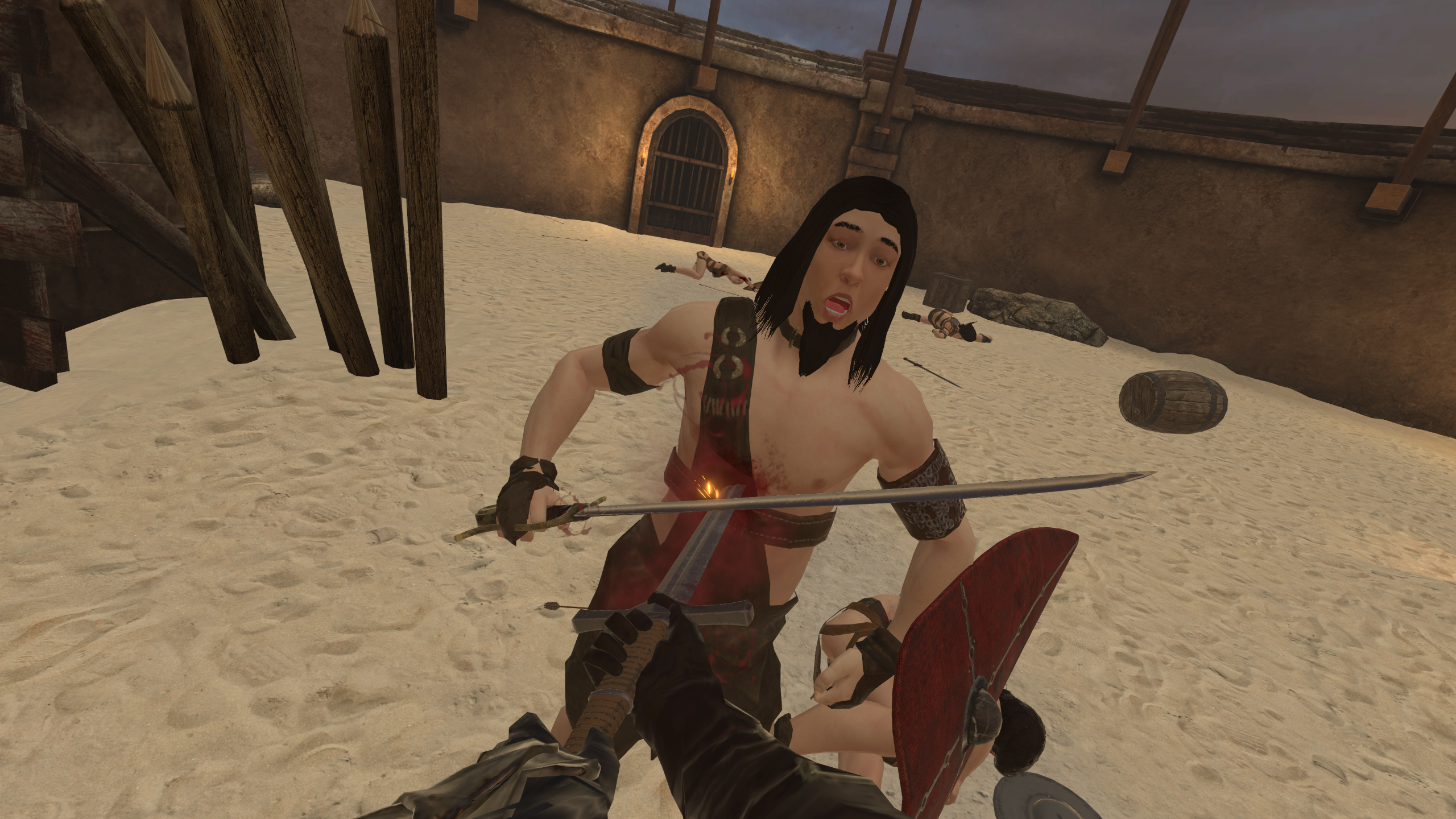 Combat is fun. I mean dangerously fun. I forgot I was in a virtual world at times and even got a bit too involved with the death dealing destruction that I was sure I hit something whilst playing in my marked out VR space. I’m sure it was a chair in my living room, to be fair (although when my partner was playing, she nearly hit the stairs, the light, the couch and then me….hmmm). Enemies will anticipate your every move, trying to counter your trackable arms. Raise your hand too high, the enemy will counter you with high guarding stances; likewise, you try and go for a low blow, they’ll parry you with a swift movement from side to side. Learning how to block, parry and smash your enemies’ defences is fun.

And So It Begins

As with most horde/wave-type games, there is an array of things you can do in terms of defences, preparation and the like. There are four arenas to choose from: medieval churchyard, gladiator pit, town market and a tomb/valley bridge area. Each area has their own unique set of obstacles and gampelay mechanics you can use to help you in your fights. To start off a wave within these arenas, you’ll have a book on a pedestal with the waves all laid out before you. These range from easy to medium and hard, with everything thrown in-between for good measure.

These enemies will get more tricky to overcome as the difficulty increases, so using your environment is a key aspect to be mindful of. Swinging chandeliers, ropes, spike walls and propped up logs are just a few options to be aware of. Lining up your foes to dispatch them on a falling log is a fun, unique experience, as is knocking them back onto a wall of spikes. Again, the options are endless with these mechanics.

Weapons work by holding them any way you wish. For example, you have a sword. If you wanted, you could hold the sword upside down. Use two hands, hold it by the blade, hold it at the hilt, only hold it at the tip of the handle. The choices are endless. Using these options in combat is up to you. But wait, there’s more. Of course there’s more. I’m only just getting started. You can use an axe, many, many swords, two-handed axes, Zweihander blades, maces, shields, daggers, bow and arrows, just the arrows for Legolas styles of fighting, spears, other throwable objects. This is satisfying when you catch an enemy off guard. 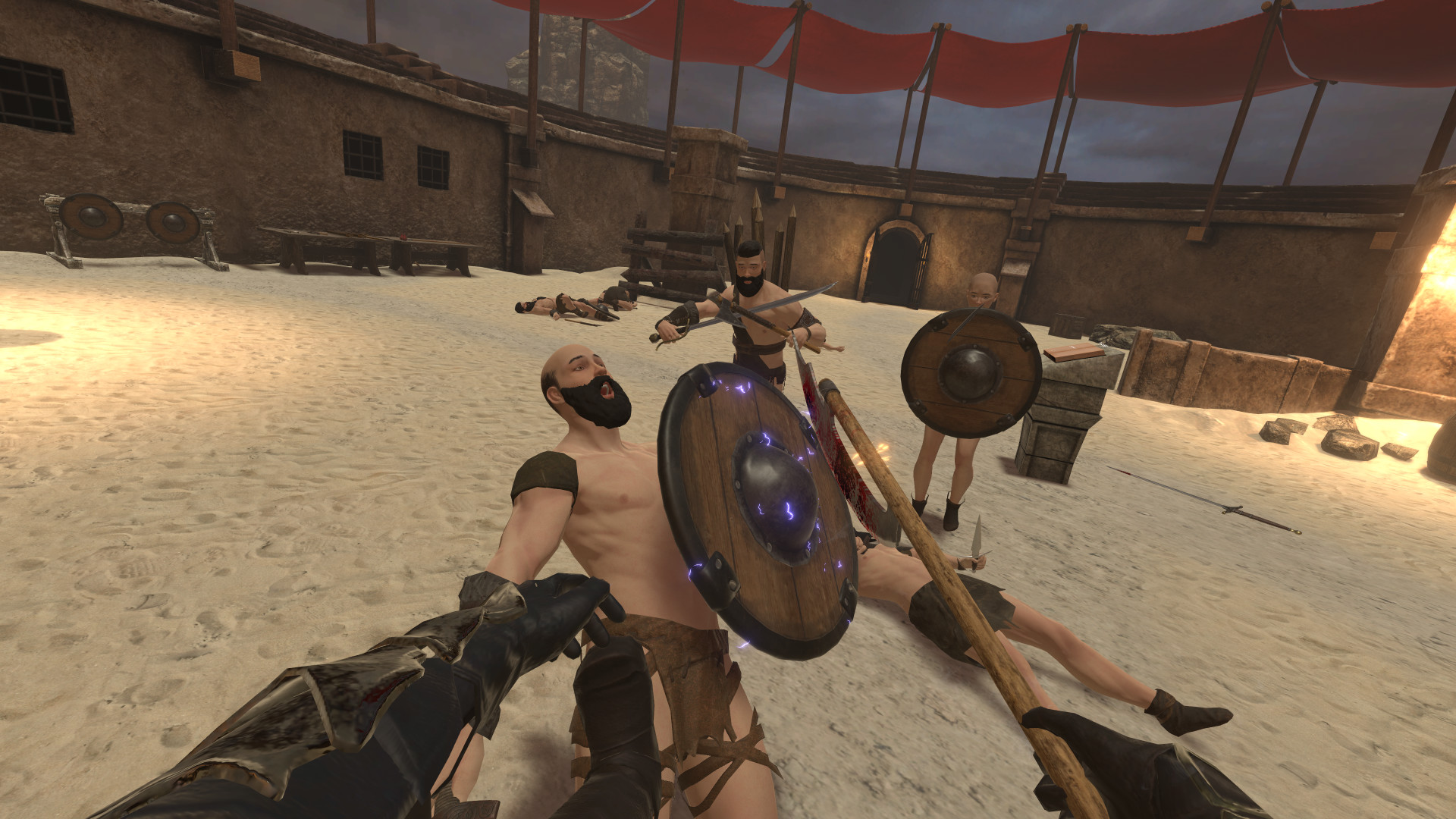 My favourite from of attack is the levitation. No longer do you have to bend down in real time to pick up a weapon (though you can if you so choose to), levitation is the name of the game. Want a weapon from the other side of the room? No problem. Simply extend your arm, wait for the circular attach icon to appear and press the corresponding buttons and you can make any movable object your plaything. This can be used in combat too as you can press both push and pull to send your weapons into a spinning dance of death controlled entirely by your will. This is the most enjoyable part of the game for me by far. Nothing comes close to this. Sending your array of weapons out through means of telekinesis adds another level of complexity to master. It’s just plain fun.

Then there’s the magic. Ever wanted to feel like Senator Palpatine in the Star Wars films? Now you can. Feel “unlimited power” as you throw lightning from your hands to bring excruciating pain and agony upon your enemies. Or make them twitch on the floor as their cold, lifeless bodies wriggle around from your lightning-soaked appendages. But wait, there’s more. You can coat your weapons with said lightning to make dealing agony even easier. They may be able to block the blade itself, but the lightning will deal damage all the same. It’s no wonder that I almost forgot I was in a virtual world having this much fun. This was definitely the case when having friends over. Watching them go through the same level of excitement is something fun to watch. I even picked up a few new tricks too because of it. 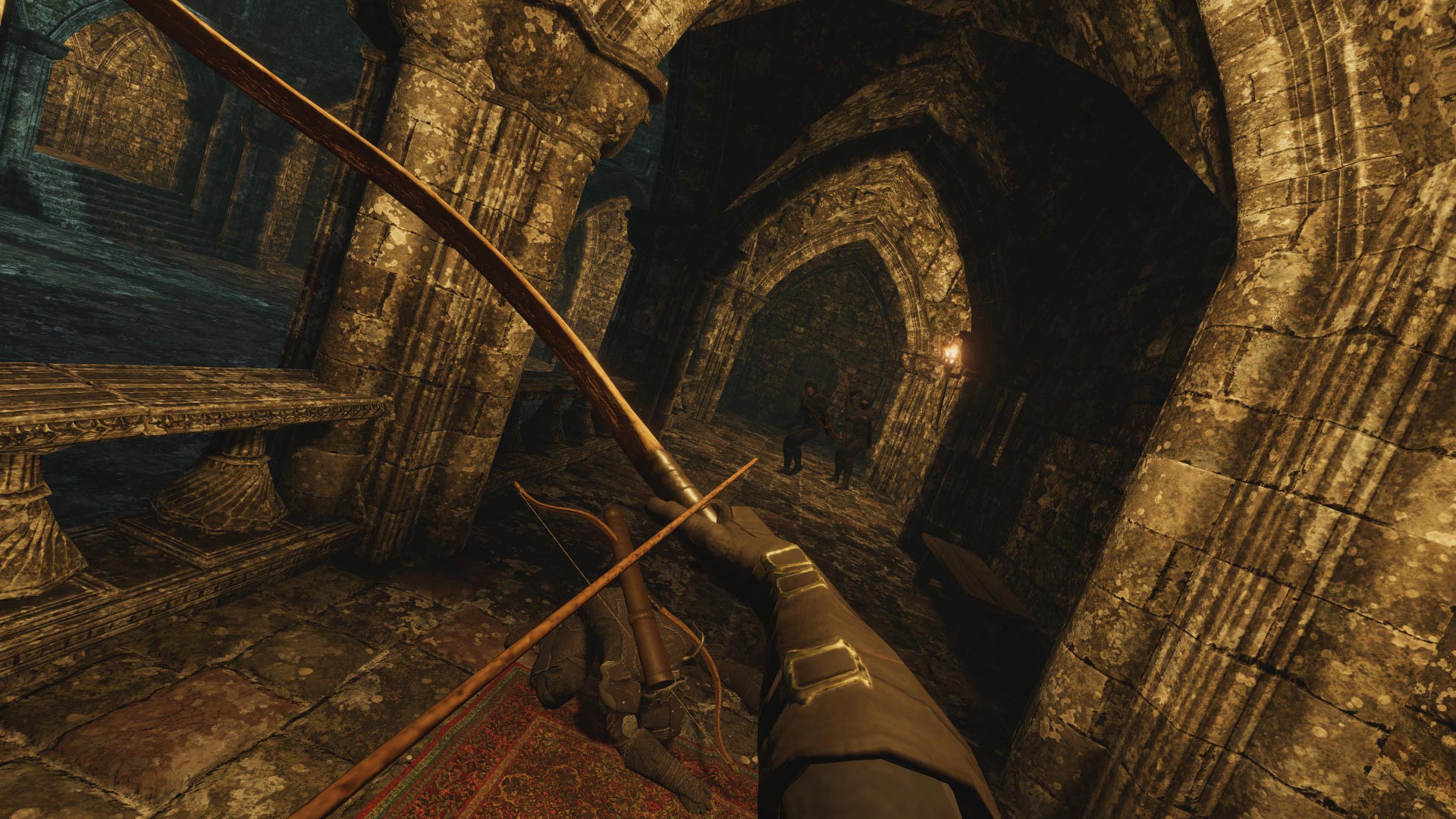 As I said earlier though, Blade & Sorcery is still in early access, and with that you need to understand there’s more to be added. Fixes will need to implemented, features added down the road to flesh out the game and the arenas you inhabit. A feature I would like to see is multiplayer. Yes, this would be a truly remarkable feat. A complicated one to code and implement, sure, but having others in a battle royale kind of game mode, like last man standing or winner takes all, that would be something I would like to be a part of. Or even a co-op feature where you feel like the gladiators of old fighting together to survive, talking with a friend, hearing your enemy shouting in response and doing co-op strategy of their own.

Everyone will have their own ideas as to what would make for thrilling gameplay additions. Sometimes the combat can get a bit jarry when colliding weapons clatter against each other. And yes, the environments can get in the way depending on where you are in the map (I fell down a well and found it truly difficult to get out whilst fighting off three heavily armed gladiators). But these are just a small part of a much larger whole.

This title has been designed and developed by one man, and to me, that’s a huge achievement. Sure, there’s a lot that can be added in terms of content and having more arenas, for example. But as the game stands now, it’s a shining example of taking an idea and really running with it. For me, I can’t praise this game enough, and I will be having this on my rotation of VR games when I next have my VR night in with friends.

Blade & Sorcery is a VR arena deathmatch game where slaying your enemies is the name of the game, and how you choose to do that is your choice. Bring destruction down with a flurry of blows from a sword whilst having a shield in your other hand to defend against enemies on your flank. Or you may want to feel like a medieval Jedi, using your telekinetic abilities to throw, spin and slash your enemies with nothing but the power of your mind. Oh, don't forget the lightning too. There are technical issues to overcome when in confined spaces, but these are a very small part of the game and don't affect it as a whole. If you're looking for a really good, exciting and fun battle simulator, you've come to the right game. 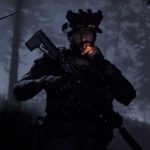 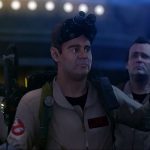 Ghostbusters: The Video Game Is Getting a Remaster