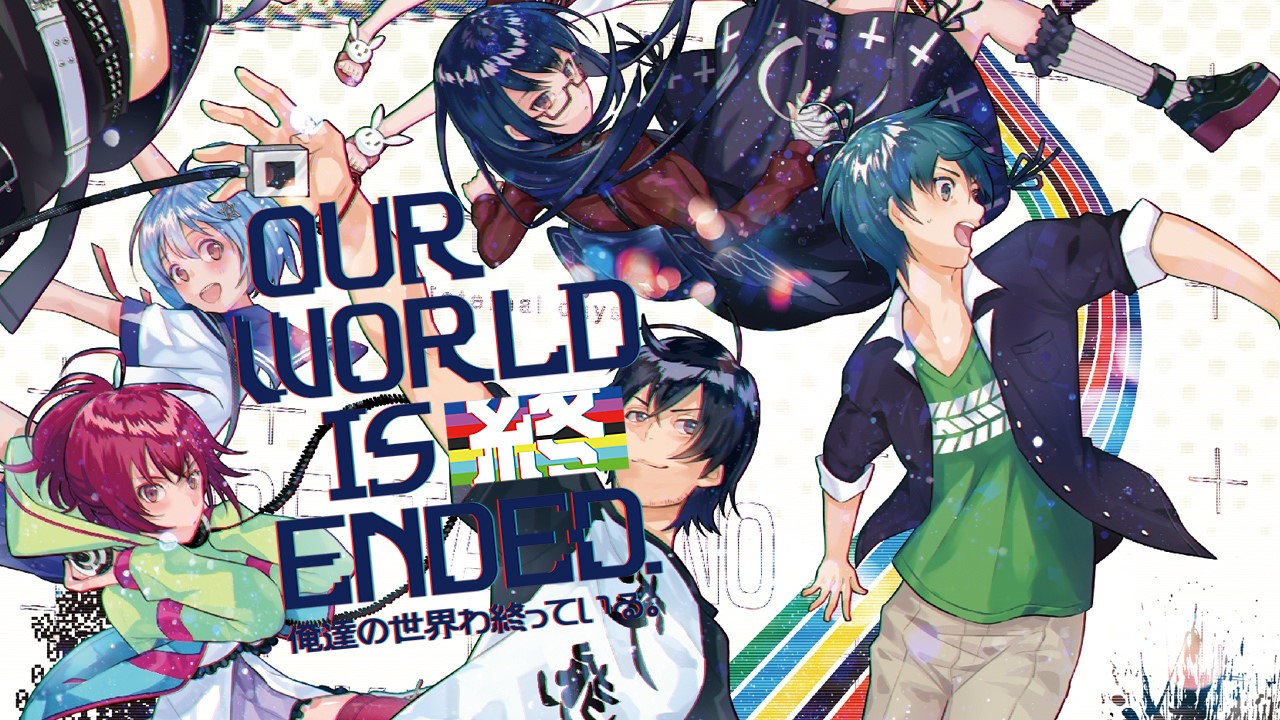 Let’s begin with the review of this visual novel, shall we? Now, I’ll admit I’ve only just started to play more games in the visual novel genre. My first experience from start to finish was Doki Doki Literature Club. There are many games out there, and this genre has some truly great gems for those willing to find them. But unfortunately, this game shouldn’t be a part of them, which is disappointing as the art style looks visually stunning. Let me explain why. Released on the 29th May, Our World is Ended was developed by Red Entertainment and published by PQube Limited for PC, PS4 and Nintendo Switch. 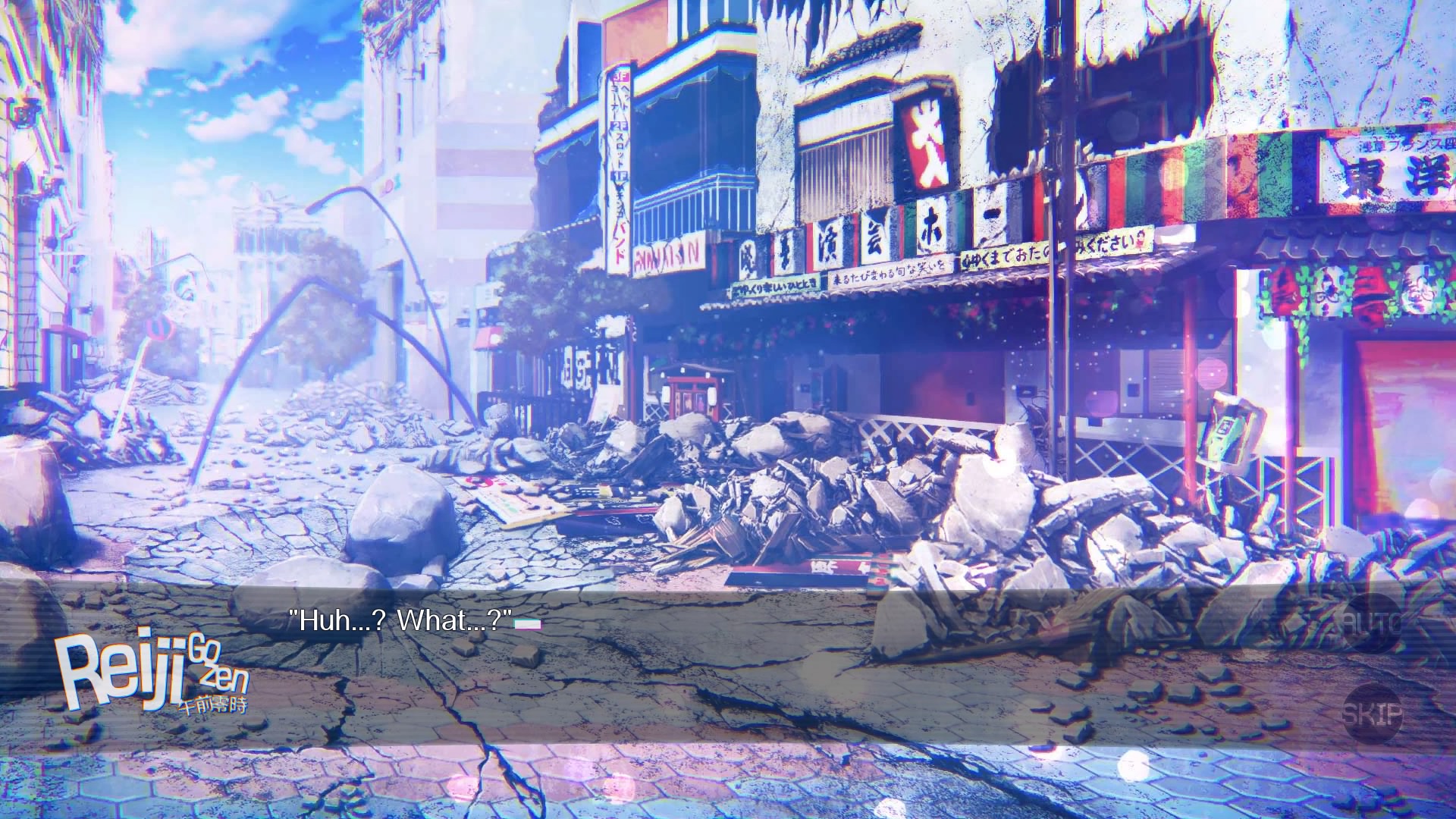 The story for this title sees you playing a character from the perspective of Reiji, a part-timer for the game developers “Judgement 7”, a ragtag group of programmers, artists and storytellers. Their latest project is that of a virtual/augmented reality game known as the “World Program”. Reiji is then tasked with testing this new program on the streets of Asakusa. But, reality starts to shift, and an unsettling version of the city appears with apocalyptic scenes, and the line between what’s real and what isn’t is blurred. Now, this alone as a story is intriguing. You see the characters question what is real and what isn’t, pushing the dilemma further. It’s just a shame that at every opportunity the game throws in juvenile references to characters’ breast sizes in a variety of situations. 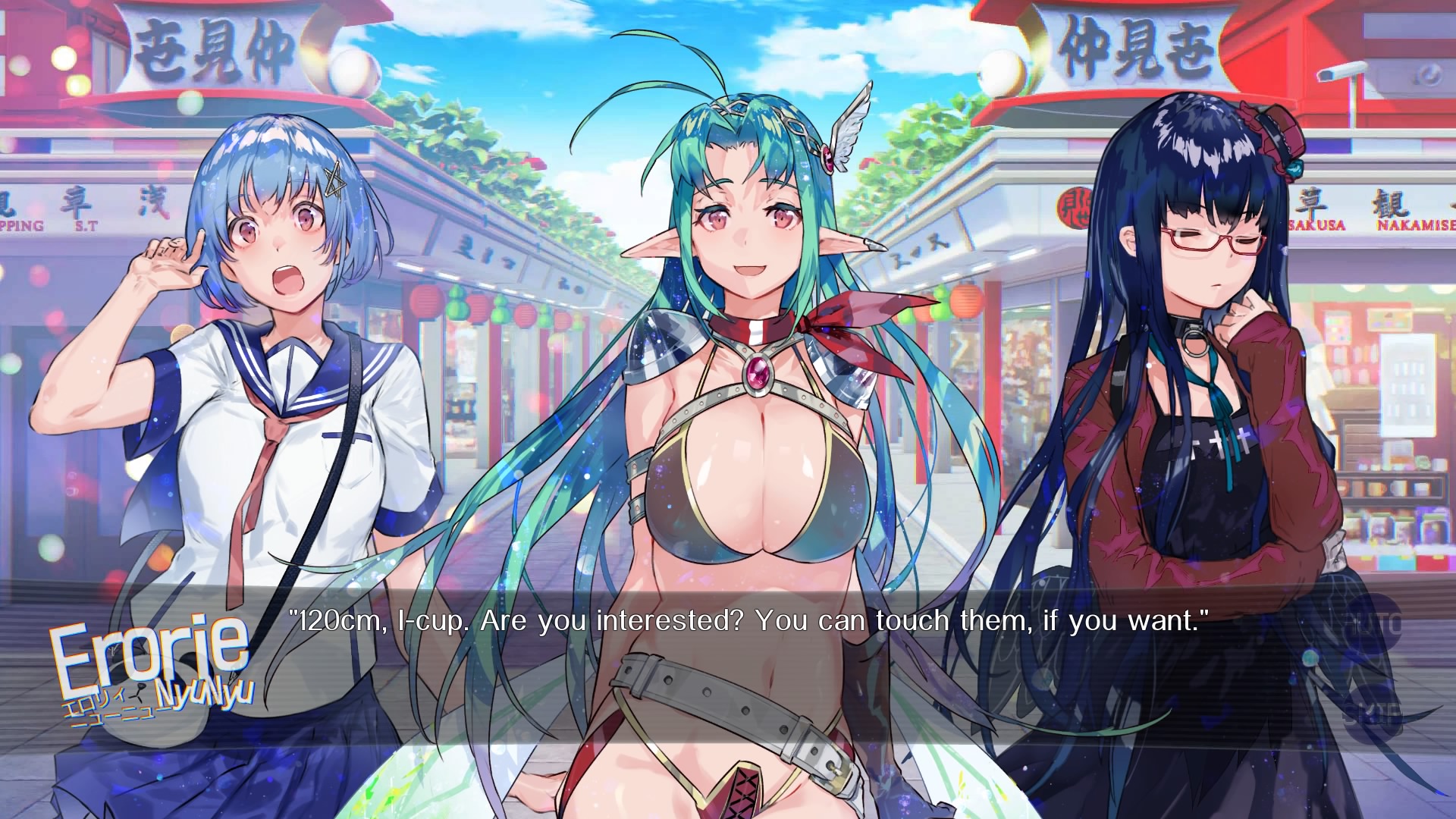 I’m not just saying this for the sake of it. In more or less every scenario, the references are that obvious that they get called “Mammary Weapons of Mass Destruction”. That’s at the start of the game. Now, I know that a lot of anime-type TV shows/films have some form of fan service in them. It’s just part and parcel of the territory. That being said, it’s quite disturbing how far this game pushes the boundaries of what’s acceptable. At one point, there are scenes where a 13-year-old girl is subjected to questionable scenarios that quite frankly shouldn’t even be in a game.

Our World Is Ended

The gameplay is that of any visual novel that’s currently out on the market. You have the characters that all portray different aspects of human behaviour. This game is no exception. You have the following cast: 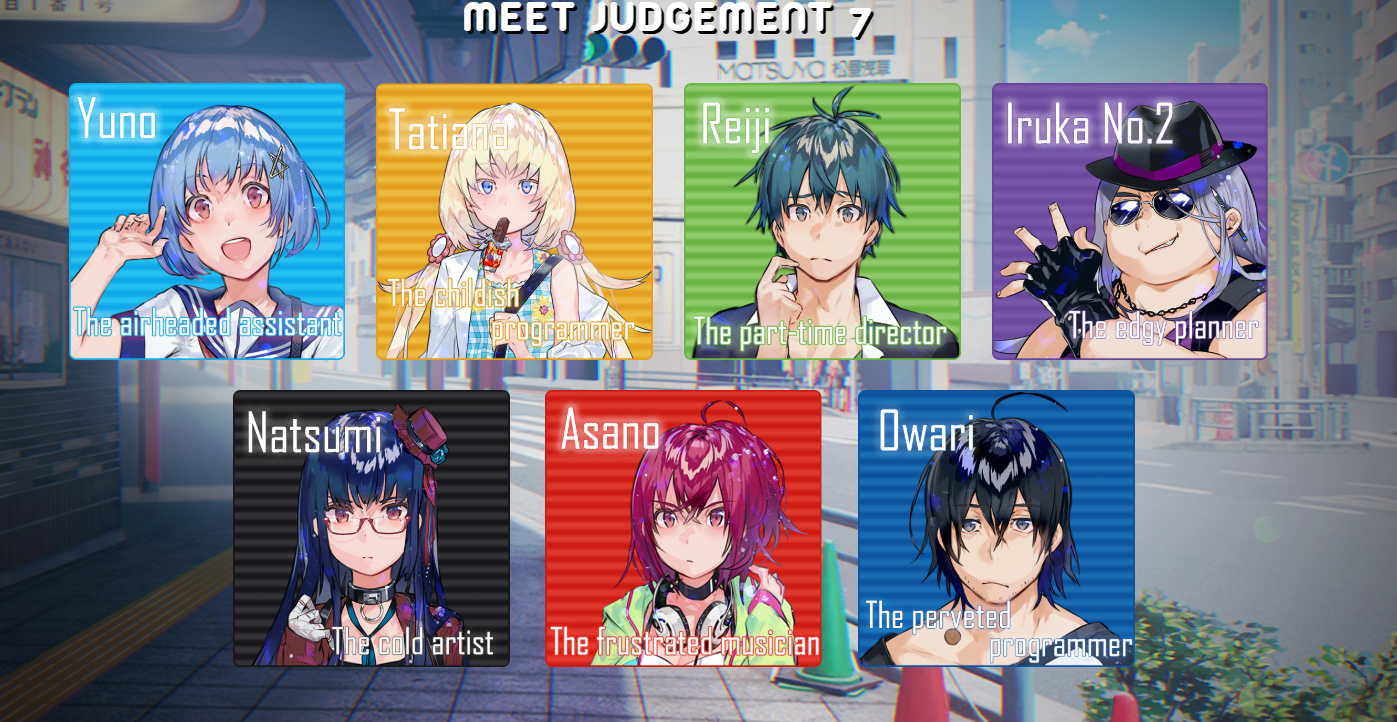 These characters all interact with each other as the story progresses, each reacting to the “World Program” in different ways. But, every time the story hits a critical juncture where characters are tasked with figuring out what’s going on, fan service and the underlying references to breast sizes always manage to bulldoze into the fray, making any form of tension lost and muddled. It’s like the story can’t go a few minutes without some form of mention to the lewd nature of things. It’s a shame because the art style and the background renditions are some of the best I’ve seen in a visual novel.

The problem with this title is the fact that it relies too heavily on the nature of the fan service it has to keep the player base engaged. The initial story of a screwed up augmented reality headset going haywire causing the aforementioned characters to question their perspectives on reality is intriguing enough to keep me engaged. But, whenever a crucial piece of story has passed, it plays the tension off with juvenile attempts at fan service that don’t do anything for character development or story progression. 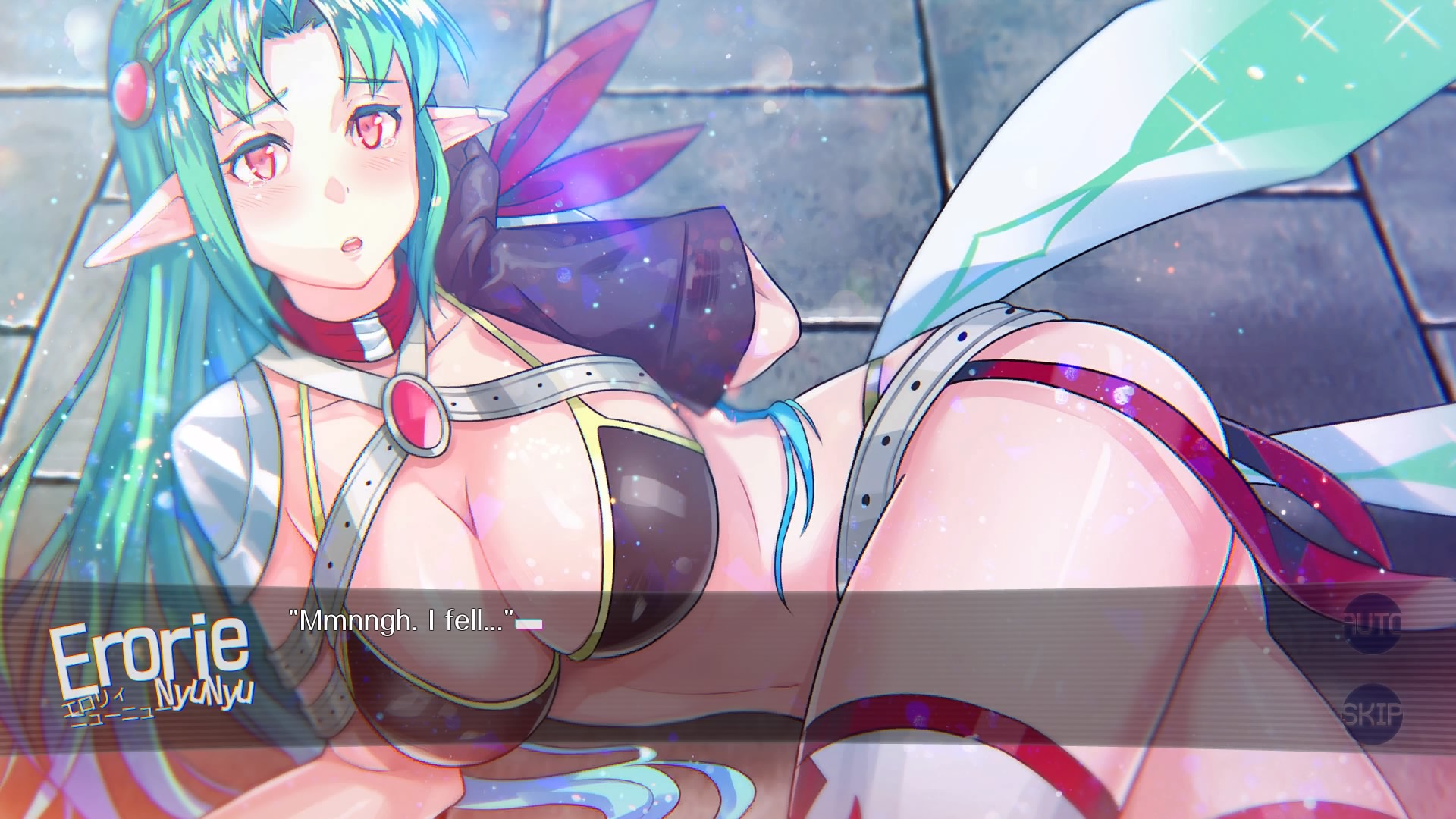 Also, the introduction of the Soul System is a bit confusing. On my first time seeing it, I just let it pass, not realising that the rolling text was something you could pick. It’s an interesting way to put forward choice and branching storylines with different dialogue options, but the traditional way of having a list and a timer would have been better, in my honest opinion.

This is a rarity in my years of gaming. I’m questioning myself whether or not I should continue playing this title due to the nature of the content herein. I’ve got this for my PS4, and I don’t feel comfortable playing this game around others. The nature of the content is questionable at best and downright wrong at worst, which is a shame because the underlying story in and of itself is enough to keep me engaged. The art style is colourful, vibrant and some of the best I’ve seen in a visual novel. But, the rest of the package is putting me off from playing it to its completion. All in all, it’s a good story but ruined by the content of the fan service and its questionable material.

Our World Is Ended has a great premise for a good visual novel. It has the interesting aspects of augmented reality blurring the line between reality and non-reality. But the direction is utterly lost with the constant barrage of its fan service and questionable activities that derail any sort of meaningful character development/exploration. It becomes more about how many times they can get away with making lewd jokes and including risque fan service. 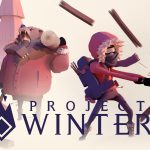 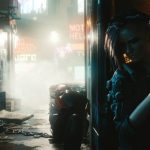