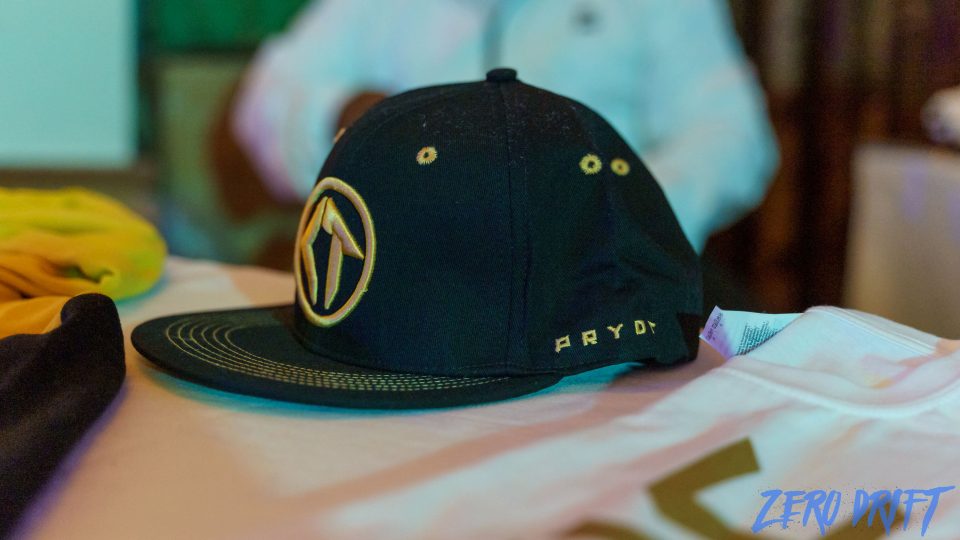 This past weekend I was humbly invited to attend Celtic Throwdown in Blanchardstown, Dublin, Ireland’s largest fighting games event that celebrates both past and present of the genre with professional players travelling from across the world to compete. I was unsure of what to expect going into the event as events such as this in Ireland seem to only be blooming in recent years, with some turning out ultimately disappointing in the long run. My expectations started shifting, however, when major players in the FGC from around the world started announcing their appearances alongside companies like Capcom and Bandai Namco announcing that the event would be a stop on their world series’ for Street Fighter V and Dragon Ball FighterZ, respectively.

Upon arriving at the venue, it was easy to see how much production had gone into the event despite its rather small scale, with the main hall consisting of tournaments for Street Fighter V and Mortal Kombat 11 on the main stages, and Dragon Ball FighterZ and Super Smash Bros. Ultimate delegated to the corners of the room, with other titles such as Tekken 7, BlazBlue: Cross Tag Battle and Soul Calibur VI taking place in smaller rooms spread throughout the venue. It’s clear that the organisers were dedicated to doing as much as possible with the little space that they had. Better yet, thanks to the cooperation of the sponsors, almost all of the event’s tournaments were live-streamed (despite some glaring issues on the first day), so there are archives of each tournaments online if you are interested in watching them.

Due to the nature of the event’s scheduling, it would have been physically impossible for me to have fully spectated every tournament at the event; however, on the final day of the event, the majority of the finals were held in the same hall, meaning I did get to spectate a large number of them at once, so while I can’t run down the finals for each game at the event, I will recap the ones that I saw first-hand, commenting when necessary. 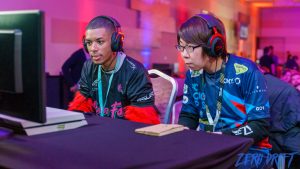 Following Dragon Ball FighterZ’s explosive EVO showcase just one month ago, Celtic Throwdown was going to be a tough act to follow, especially with word that most of the top 8 were going to be travelling to Dublin to compete in Bandai Namco’s Dragon Ball FighterZ World Tour: Tenkaichi Event. What resulted was an excellent display from all players, with EVO champion Goichi ‘GO1’ Kishida once again taking home first place. Continuing his friendly rivalry with Dominique ‘SonicFox’ McLean from EVO, these two players make Dragon Ball FighterZ alone a wonderful game to watch, especially with seeing how far these players have come since the game’s launch, and their Celtic Throwdown winners’ finals and grand finals sets were filled with great moments, such as Goichi wearing SonicFox’s iconic fursuit head, and SonicFox reading Goichi’s book he brings to each tournament. Truly the crowd’s favourite was French player Wawa, whom the crowd consistently chanted for. Overall, a wonderful Dragon Ball FighterZ tournament to witness first-hand. 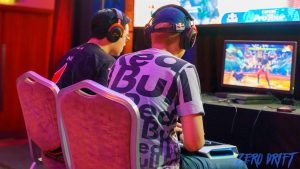 Soul Calibur VI is one that crept up on me. Being delegated to one of the smaller rooms for pools and only making an appearance in the main hall for finals, as well as having a one-day tournament at this year’s EVO, I was under the impression that the game had majorly died down since its launch just under a year ago. Man, did Celtic Throwdown throw my ignorance right back at me. Despite running alongside Street Fighter V and Mortal Kombat 11, this game racked up a rather sizeable crowd during the final few hours of the event, and I managed to overhear some truly loyal and dedicated fans fully invested in the tournament. Watching it for myself, I can see why. Soul Calibur VI is definitely one I will be putting on my radar from now on. Also, congratulations to Kayane for winning with 2B. Not knowing much about Soul Calibur, I immediately started rooting for the one character I did recognise, and she definitely did 2B justice. 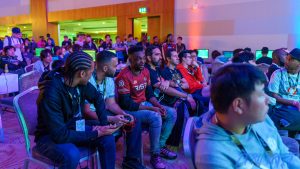 Being the final tournament to wrap up Celtic Throwdown 2019, this one left a bit of a bad taste that took a while to wash out. Super Smash Bros. Ultimate continues to be one of the best franchises Nintendo has ever dedicated themselves to; however, I cannot bring myself to enjoy this community. While there did seem to be a ton of support for a number of players at this tournament, the final few matches went from supporting one player to borderline insulting another. The crowd seemed almost decidedly against one of the finalists in a way that seemed very lacking in sportsmanship and respect that it had honestly disappointed me having come away from Soul Calibur VI. This, however, isn’t the first time I have seen this kind of behaviour from the Smash community, so I don’t feel the need to pin this on anybody but them directly. It really takes the fun out of an otherwise brilliant competitive video game.

Despite this, Celtic Throwdown 2019 was one of the most fulfilling and satisfying video game events I have ever attended. The organisers did a spectacular job punching above their weight with how the event was run, and it was a pleasure getting to see big figures from the FGC from all over the world attend an event in Ireland and to see companies put their backing into the event, which hopefully paid off. Here’s hoping that as fighting games continue to grow larger and larger in scope and audience, Celtic Throwdown will too. 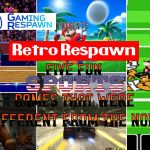 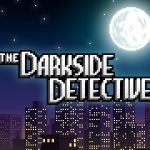