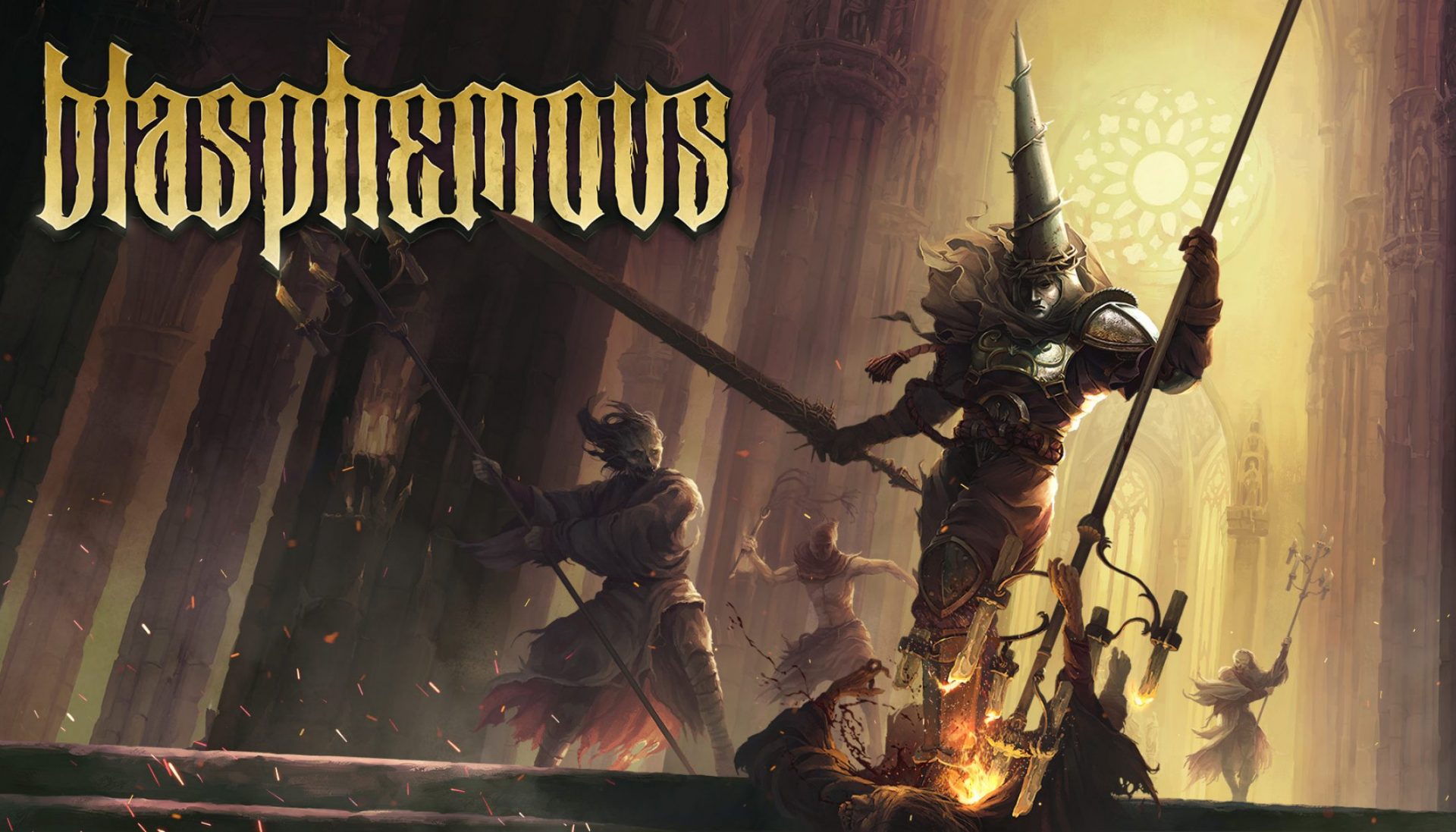 Watching the revival of the Metroidvania genre with the advent of independent games is something I will never grow tired of watching. In the past few years, some of gaming’s best experiences have been offered through worlds such as Ori and the Blind Forest and Hollow Knight, games with incredible visual styles and level designs but with a very important emphasis on atmosphere. To me that is key in making a memorable Metroidvania title. One of the many reasons that Super Metroid has aged so incredibly well is that it is just as haunting and captivating to experience now as it was back in 1994. In a lot of ways, the Metroid and Castlevania titles of old have been undoubtedly massive influences on the works of Hidetaka Miyazaki and FromSoftware upon the creation of their ‘Souls’ titles, starting with 2009’s Demon’s Souls. While you don’t need me to tell you the influence of the Souls games in the short decade since Demon’s Souls’ release, it’s hard to understate when referencing titles like Hollow Knight and going into a title like Blasphemous, which wears its inspiration on its sleeve. 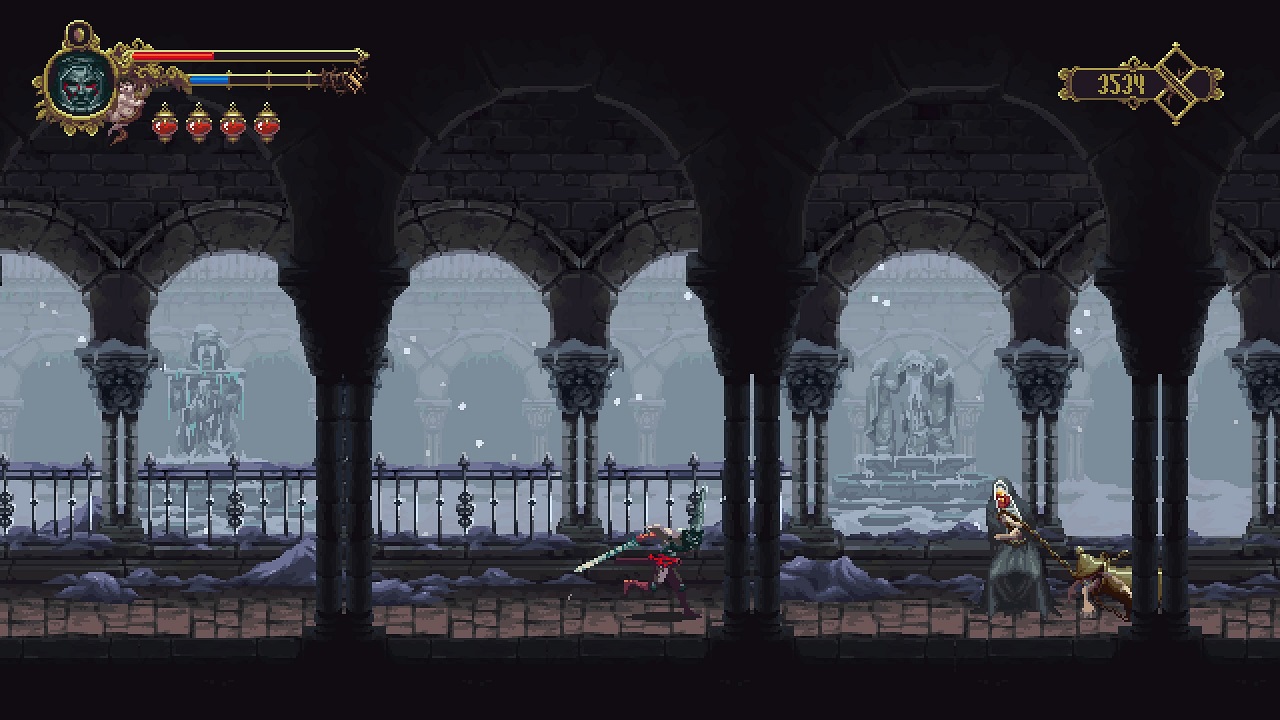 Blasphemous, developed by The Game Kitchen, follows The Penitent One, a lone wanderer on a quest to rid his world of evil demons running amok and lathering the game with vile, bloody imagery with a healthy dose of religious influence and iconography. Blasphemous is a rough game to watch but not in the way that it’s necessarily unattractive looking, this is some of the most detailed pixel-art I have seen in a long time, with gorgeous animated cutscenes to boot. It’s that it is so aggressive with making the player immersed in its bleak, cynical world that it’s hard to not marvel at how far the game’s imagery goes to make you want to look away. Thankfully, Blasphemous never does anything egregious; no metaphorical lines are crossed with how far it goes, at least none that titles like Doom had crossed already about two decades ago, so the game never comes off as edgy or influenced by shock-value. 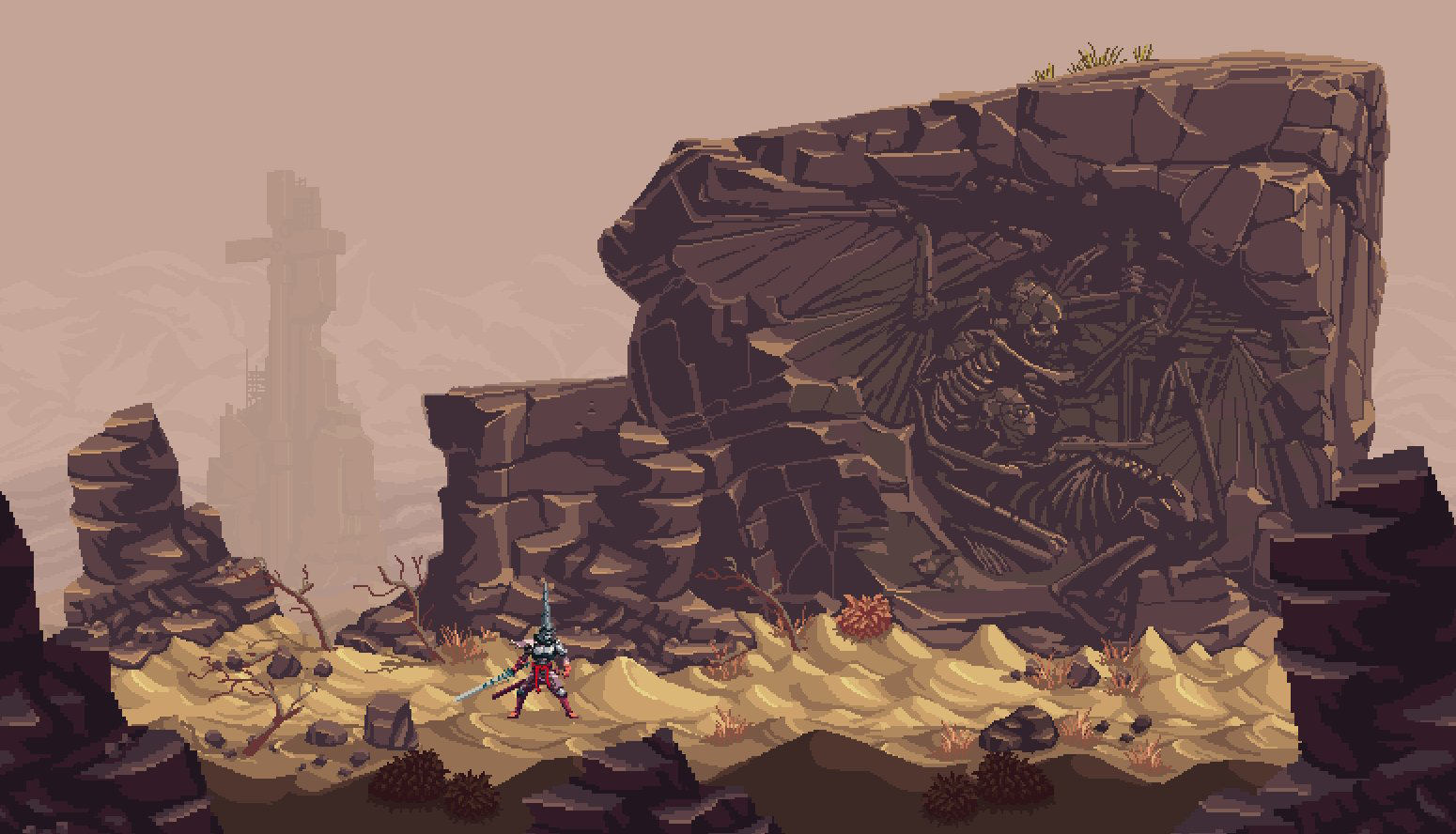 Blasphemous touts itself as a ‘fast-paced, hack-n-slash’ Metroidvania; however, at its core it’s really just another indie Metroidvania; that’s not a knock on the game by any means. As previously mentioned, indie Metroidvanias are some of the most memorable titles to release since the advent of Xbox Live Arcade; however, behind all of its fascinatingly brutal and sinful imagery, memorable is still not a word I would use to describe Blasphemous. The game’s world, while containing a few standout locations, such as a snowy mountain where the wind changes direction and causes the player to have to focus intensely on their platforming, none of them stand alone as great platforming level designs in isolation. Jumping also feels like it has a bit too much weight to it, with some platforms being a bit too uncomfortably out of reach, making you rely on The Penitent One’s ability to grab ledges to an anxiety-inducing degree. Generally, walking into a room in Blasphemous doesn’t mean traversing its interesting layout and platforming puzzles but instead just filling out a place on the overworld map. Thankfully, the map does loop around itself in interesting and clever ways, akin to a Metroid or Dark Souls title.

Unfortunately, combat also feels somewhat shallow for a self-proclaimed hack-n-slash title. The Penitent One has a three-directional slash they can perform from both sides and above (below also while jumping), charge attacks that consume some of their super meter and a host of super attacks to equip, all of which take way too many frames of animation to perform, leaving the player vulnerable. This combat setup leaves a lot to be desired, with most customisable features of combat being centred entirely around changing super animations. A parry that the game provides as the only discernible form of defence from enemy attacks is also far too slow to initiate, the reaction to the input feeling too delayed to the point that I found myself constantly taking unnecessary damage. When it works, the parry provides the player with the opportunity to stun an enemy with a heavy attack, followed sometimes by the chance to perform a gruesome finishing move. 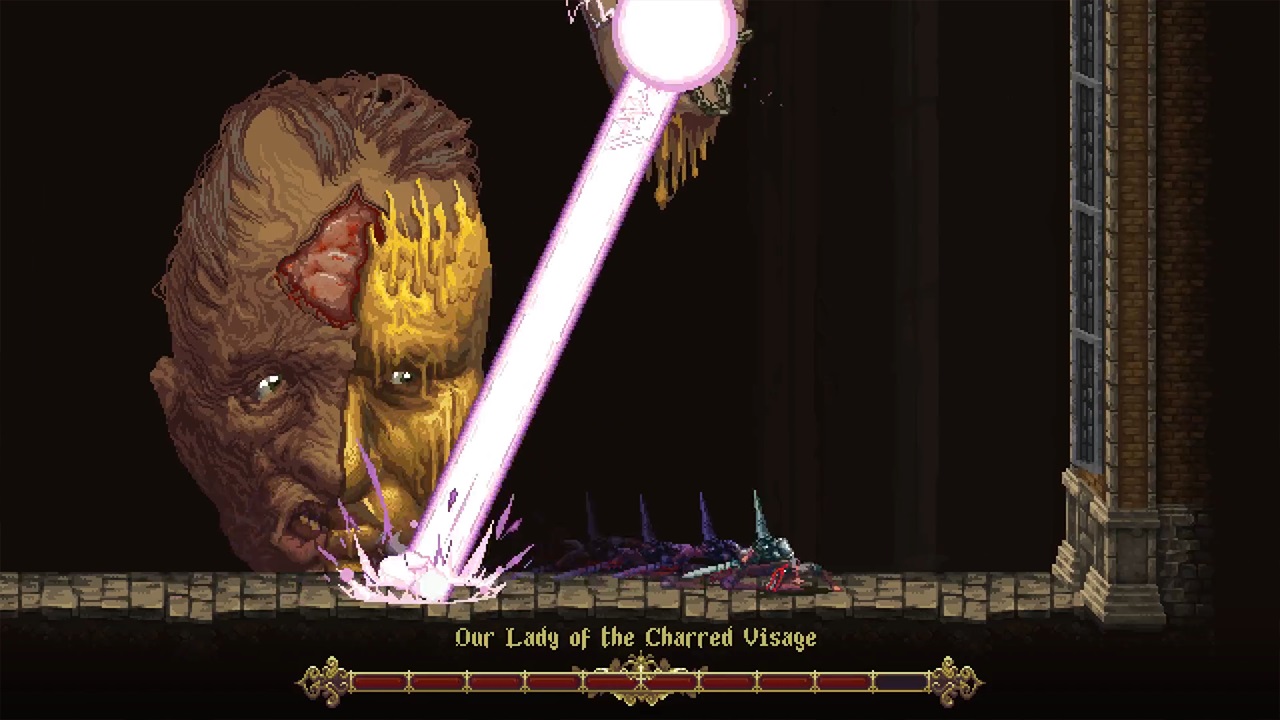 Thankfully, these rough elements of otherwise traditional 2D hack-n-slash Metroidvania combat are alleviated by the fact that, despite its visual style, Blasphemous is not painstakingly difficult by any means. While definitely not a walk in the park, the game never feels unfair at all, even against its admittedly excellent boss fights, all of which offer a different dynamic from one another and give the player just enough time to find their bearings and chart their pattern before going all out against them. Some bosses even allow you to take on a healer who will fully heal the player once or twice if their health gets too low mid-boss. The bosses also offer the absolute best of Blasphemous’s visual presentation with some genuinely unsettling, haunting designs that really drive home the game’s captivating visuals.

While Blasphemous falls short in a lot of areas compared to the titles it pays homage to, it’s hard to not get taken in by its utterly bleak, condescendingly cynical and morbid world. Platforming never feels quite right, combat lacks depth and level designs are otherwise unremarkable. Blasphemous fails to do anything outright bad; however, perhaps aside from its incredible visuals and great boss encounters, as an overall experience, it is rather forgettable. 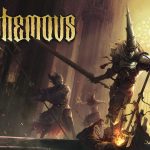 Blasphemous offers a fascinatingly morbid world with an intense opening and consistently fun boss fights; however, it quickly underperforms with shallow level designs and uninspired combat, leading to a game that often feels like it falls just short of excellence.

What are your thoughts on Blasphemous? Do you agree with our review? Let us know in the comments below! 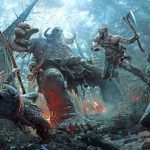 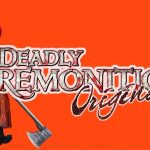