Ubisoft today announced a fix for its new third-person shooter, The Division. It addresses the issue of players halting another player’s progression by standing in a doorway, or doing jumping jacks like a Terminator so that you couldn’t progress in the story, as illustrated by the video below.

In response to these issues Ubisoft had this to say,

“If you run into the unfortunate event where other players are blocking your path and you’re unable to enter or exit safe houses or the Dark Zone, make sure to keep this workaround in mind: Players can force their way past (or through) others by continuously running into said players for ~3 seconds. This will result in you passing through their character model, at which point you can get back on mission.”

Released on March 8, The Division quickly became Ubisoft’s fastest-selling game, shifting more copies in its first 24 hours than any of the entries in the Assassin’s Creed and Far Cry series.

The figures are based on figures from NPD, GFK Chart Track, and internal estimates, and add up to another massive hit for Ubisoft. 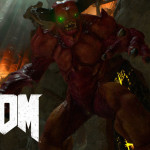 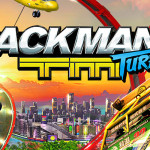