Since GDC concluded last week, there has been a made scramble to find a picture of Alistair McNally, head of art & design at BioWare Montreal.

Thanks to a tweet made just after the event on the 18th of March, McNally revealed he had been wandering the event wearing a T-Shirt that teased BioWare’s newest IP.

Also it was fun to walk around GDC2016 in a t-shirt with our new IP on it and no one batted an eyelid.

Ever since people took notice of the tweet, fans on the BioWare forums have scrambled to search all pictures of the event to see what was on McNally’s shirt.

So far, no one has managed to find out what the new IP is or even what sort of shirt he was wearing, however, there has been much speculation including suggestions that this shirt from the BioWare store might have something to do with it.

Until someone finds the correct image and we all get a look at the shirt, we still have no idea what BioWare’s new IP could be, although IGN have claimed it was teased in a trailer back in E3 2014. 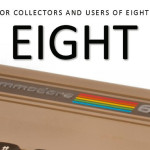 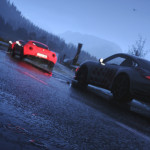