Once again we take a look at 3 new 3D platformers, this time all of them are from my favourite childhood console: The PlayStation One. I have personal experience with most of these games so I’m warning you, be prepared for an emotional rollercoaster. 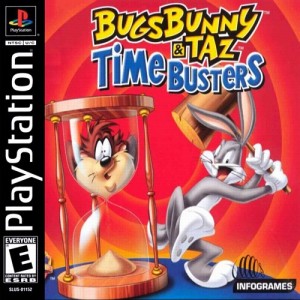 Bugs Bunny & Taz: Time Busters is one of two PlayStation games that concern Looney Tunes, Bugs Bunny, and for some reason time travel. Although this game and the one that I’ll be covering next are very similar in a lot of areas (we’ll get to that) they actually have little in common in the story area, despite claims this game is an indirect sequel to Bugs Bunny: Lost in Time.

The story concerns Daffy Duck chasing a magical time gem through history as Bugs Bunny and Taz the Tasmanian Devil chase after him, trying to recover the gem and fix time itself. The game’s style is very similar to the collect-a-thon style of games like Banjo-Kazooie as you have many different types of items to find hidden in the levels, like characters stuck in the wrong time period to save, gears from the time machine to collect, and boss tokens to unlock access to the later stages of the game.

Unlike Banjo-Kazooie however, the game is very open-ended, with each ‘level’ actually feeling more like a different area to a general overworld than actually separate areas. This does manage to make the game feel genuinely huge, a vast improvement over the strictly linear style employed by most 3D platformers of the time. It’s just a shame that the game looks very jagged and unpolished, especially compared to even the lower budget Disney games I’ve played.

The controls are pretty simple for the most part with a few odd nuances here and there that make them at least a little interesting. Other than the standard jump, attack controls which work quite well even if they can be a little fiddly, you can play as either Taz or Bugs who both have different special abilities, like digging and heavy lifting for Taz or ear copter gliding and sneaking for Bugs. The special abilities tie well into each other and you require both to solve all of the puzzles and obstacles that the game throws at you.

As I said the controls are a little odd in areas, changing for single player and co-op play. In single player you can summon your partner with L1, change active characters with R1, and can even control the non-active character with the right analogue stick.  This is usually fine, but in the boss levels you lose the ability to summon your partner directly to you, so you have to essentially play the levels through twice, once with each character. Honestly, you’re much better off playing the game with two people, as the experience is much, much more enjoyable.

The levels are laid out quite well with the aforementioned open-ended level design, and the ability to move freely through levels at your own pace does add a lot to the game. The mini-bosses and mini-games do add a bit of variety, but they usually come out as more annoying than entertaining, so you can probably skip them without losing too much from the game.

Overall: Worth playing if you’re a fan of Looney Tunes or 3D platformers but doesn’t do enough special to be worth a high level of praise.
70/100 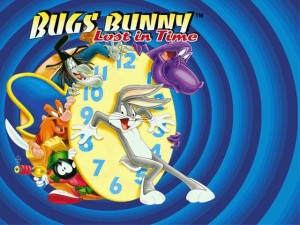 From one time based Looney Tunes adventure into another, we’re now taking a look at Bugs Bunny: Lost in Time.

The story this time goes that Bugs Bunny accidentally activated a time machine and gets stranded in time, were he must collect the golden carrots and magic clocks to inexplicably power up the time machine to get him home again.

You control Bugs Bunny in a very similar way to the way he is controlled in Time Busters, but this time you have the ability to defeat all enemies yourself and can lift and push boxes by yourself as well. The only issue is that the smoothness of the controls and their sensitivity to touch means that it can be practically impossible to land certain jumps. This is not helped by a sudden allergy to water that means a shallow pool is actually an instant kill fall should the jump fail.

Although the ear copter move is present it’s not useful for platforming, because as soon as you tap O to spin your ear copter you get locked into the place that you are and cannot move around at all. This is supposed to be useful only for landing on explosives or to sneak past people while still being able to jump, but it feels very short-sighted that its inclusion as a way of making your landings easier was never thought of, and it basically has no function as a gliding ability.

Similarly to Time Busters, the graphics are colourful but jagged and rough, with little or no polish covering up the clipping areas in certain places. One thing this game does better is the sounds and music. The music sounds more like classic Looney Tunes and the sound effects are very cartoony and suitable to the style of the game.

The levels are much more linear this time around, each time period acts as a hub area with portals into the different levels and the boss room. As you collect more clocks and carrots more of the levels open up and you make your way through different time periods to get back to your own.

Overall: Although there were a few things better about this game, the fiddly feeling of the attacks and the jumping ruin what could have been interesting fun. Pick up the sequel if you want more out of your experience than this game can offer. 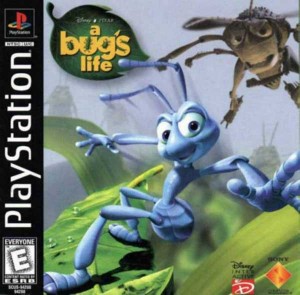 Remember when I said there was going to be an emotional game coming up? Well, it’s time for that game now, A Bug’s Life. The game comes to us from Traveller’s Tales who are these days famous for the ever-growing mass that is the Lego games franchise, but back in the day they were more known for their work on licensed games, especially those put out by Disney at the time.

The game feels a little bit like trying to run on ice with the control scheme, but thankfully everything is pretty chunky so it never feels difficult to try to hit the enemies or to make jumps correctly. You can also upgrade your throwing attack with different coloured berries that make them stronger and eventually add a homing function to them so enemies are easier to kill.

In each level there are 3 different sets of things to collect: tokens for permanently killing all the enemies in the level, pieces of grain scattered all over the place, and the four letters that spell out Flik’s name hidden in secret locations or hard-to-reach places.

Although the game has a very linear style of gameplay the world manages to feel big, and each area still feels huge and open to exploration, excluding the first level which feels like it was intended to ease you into the game. This is one of the few PlayStation games that has an optional tutorial, so if you’ve played the game before you don’t have to sit through all of the stupid instructional stuff for a second time.

The music is nice, upbeat, and goes very well with the chunky, colourful visual style. The sound effects work fine as well, but do tend to get annoying once you’ve heard them enough times. The gameplay also has a slight tendency to get repetitive if played in big chunks, so it might be worth spreading out your game time so that you don’t get burnt out.

Overall: A fun, bright little game perfectly created for its intended audience. With bonus clips of the film to watch for completed levels and some interesting boss fights, the game is still worth playing to this day, even if it lacked polish in certain areas. 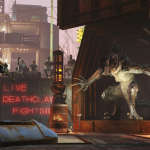 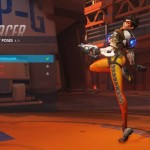