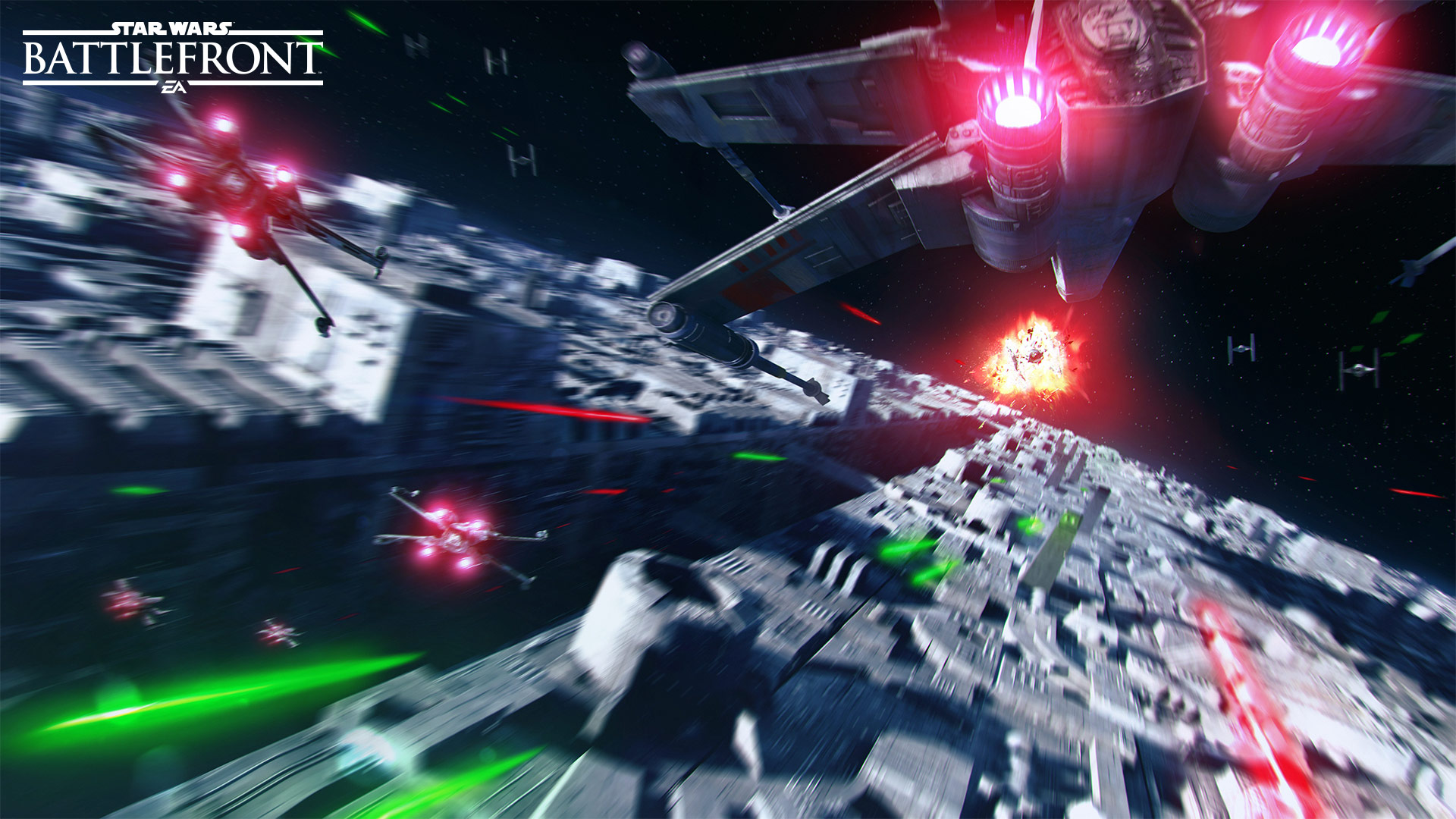 As you are probably already aware, season pass owners of Star Wars: Battlefront have gotten our grubby little mitts on the latest DLC, the Death Star.  While we’ve covered the list of new things included HERE, there is one thing included in the game that you probably didn’t expect, actual fun!  Whoa there, big fellow, that’s some big claim you’re making there. So, how is this DLC different than any other? It’s just more running, shooting, match ends then switch sides, and do it all over again with a Star Wars backdrop, right? Well, my friends, let me introduce you to Battle Station mode.

If you are like me, up till this point you probably really enjoy the visuals of Star Wars: Battlefront, they are really darn nice to look at. But anything more than that and it’s just straight up meh. It’s just been a rather soulless affair with nothing to really tie anything together. Why care what happens when literally nothing carried over from game to game? Battle Station changes that and in a great way.

Enough with the lede dude, get to the good stuff! Ok, ok, I hear you loud and clear. Battle Station manages to put together 3 different maps into one single game mode, and the only way to get to those maps is to play the objectives and win. I know this may seem like a novel concept, objectives that are meaningful for more than just some extra xp. It combines space combat with a rescue mission and finally the coup de grâce, the Death Star trench run. 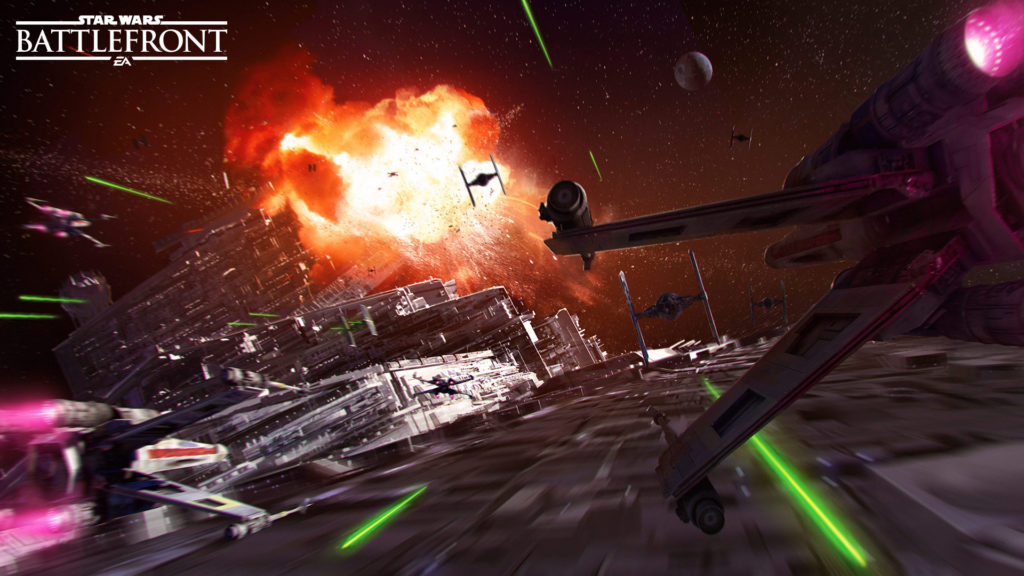 Your first mission, take out an Imperial Star Destroyer. For the Rebels you can hop into your X-wings or A-wings and first try to eliminate a set number of TIE fighters/Interceptors. Once that’s done Y-wings will enter the fray and you can attack critical systems on the Star Destroyer. The mechanic very similar to trying to take out the Walkers, the subsystems, are only attackable for a short window of time, then you will have to destroy more Imperial Fighters. You have a total of 10 minutes to complete your goal. The battlefield is littered with debris and makes things interesting enough that you won’t mind the rather dull and dumbed down nature of the ships Battlefront has given us. Besides, you actually have an objective worth achieving for once!

So, if the Rebel scum do manage to destroy the Star Destroyer, the mode will continue on to its next phase, a rescue operation on the Death Star. As the Rebels you will need to locate R2D2 and escort him back to the Rebel ship parked in one of the hangars. Again, this takes a familiar form of other game modes similar to Extraction. This also means that Imperial troopers can pack tightly into real close quarters and defend like crazy. I got my first chance to experience what Chewbacca has to offer here. Often times the heroes seem to not really make much sense in terms of gameplay. Sure, you were an absolute killing machine, but seldom with any purpose. 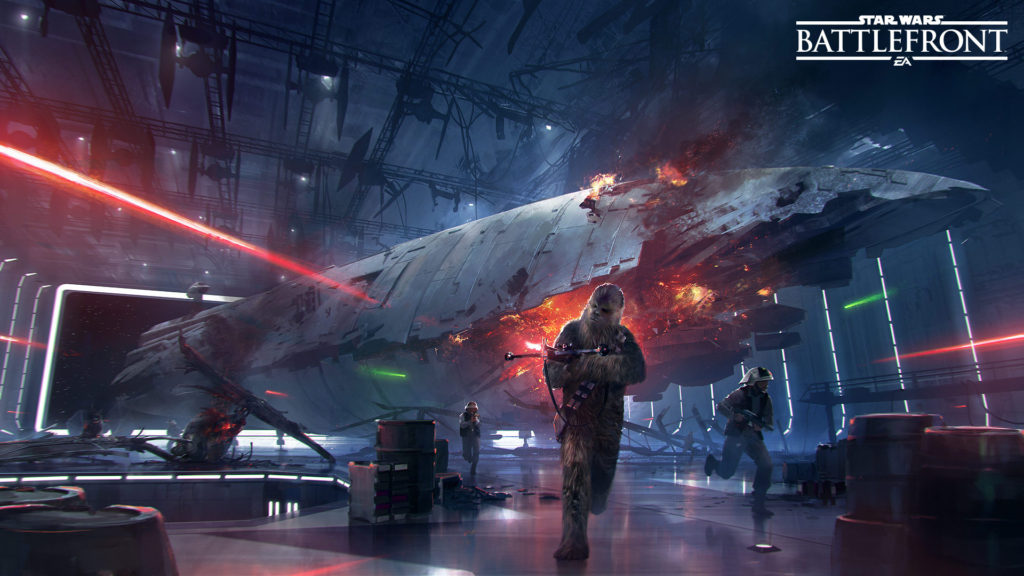 I found out why they are almost necessary here. As I mentioned previously, Imperial troops can really pack into the rooms and make it nigh impossible to retrieve R2. However, once I was sporting Chewbacca I equipped his multi-shot bowcaster and laid waste to all those white armor wearing weirdoes. On subsequent playthroughs it became clear that the heroes were absolutely needed, as when they were not employed smartly it became impossible to break through Imperial defenses. They actually mattered to the game!

So, if the Rebels manage to escort R2 back to their ship, the mode shifts to one last map, the Death Star Trench Run. The mechanics here are simple, and if you ever saw Star Wars you know the goal: shoot those photon torpedoes down that exhaust port! Now, it would be just one giant cluster if anyone at any time could do it, and it’s certainly the most chaotic of the ship combat scenarios to begin with. So, the game will select 3-4 Rebel players who are currently piloting X-wings to make their runs (this, like the Star Destroyer map, is on a overall timer as well). Everyone else on the Rebels side needs to try and buy them time. If they get destroyed after some time, 3-4 new players will get their shot.

This is the only mode where it was a bit confusing. There are checkpoints along the trench, and when my turn to make my attack run happened, I managed to slip through and straight towards one. Now, since I’ve only made it to the end stage of this mode once, I am still a bit unsure on how it works. Do you have to get all the checkpoints then fire? Maybe I had a wide open shot at ending the game early and didn’t take it due to ignorance, still not sure. But it doesn’t matter, it’s the freakin’ Star Wars Trench Run, something that was fun even in Vector graphics. Luckily, someone smarter than I finished the thing off a bit later and we won! Wooo, break out those medals, Leia! Ok, that doesn’t happen, but I guess you can’t have everything. 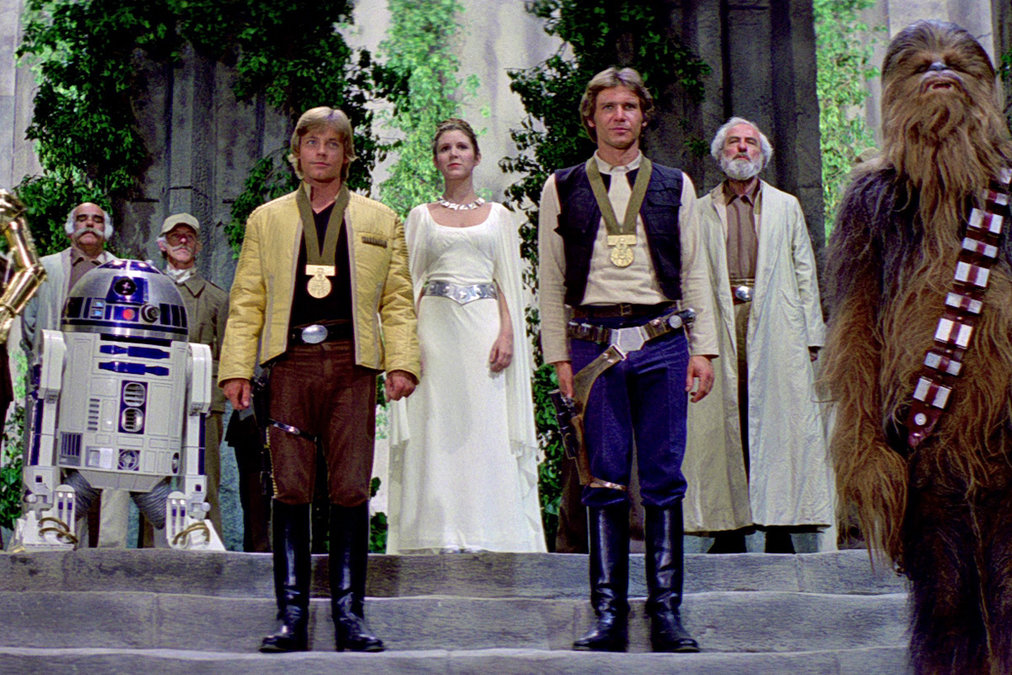 It all finished up and a strange feeling came over me, something I haven’t sensed in a long time: joy. Seriously, it actually felt really good to have accomplished all 3 stage victories. Each part was fun, but then again, winning does tend to be fun. This latest DLC seemed to really hit the nail on the head in terms of things the game has lacked, a purpose, then sense of victories actually meaning something to a large part of the game mode. Up till this point I had largely felt the ridiculous sum of money I shelled out for the “all the bells and whistles” edition of Battlefront seemed wasted, but with this latest edition I just may get my money’s worth yet. Now, if you’ll excuse me, the Rebels are in need of some more pilots. 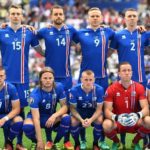 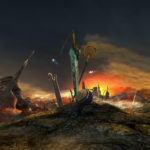 Hacked Off: When Video Games Have Title Screen Scenes