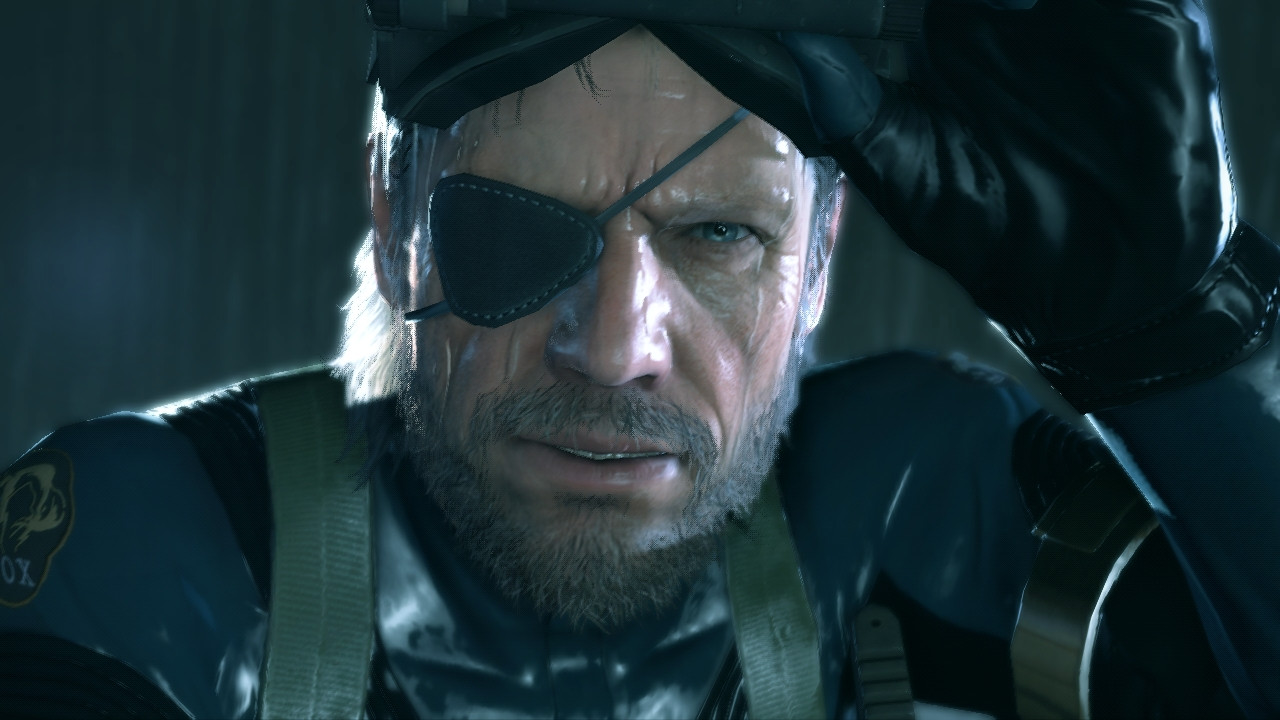 Hello and welcome to the five points of gaming, a recap of the week in five points. This series may not be just limited to gaming, although everything here will be at least tangentially connected, I promise. Whether it’s something deserving of more long-form material, or a simple tidbit, I will cover it if I think it was important to the industry this week. Another note before we begin, this is a more facetious article, something to not be analyzed and taken the same as a long-form, well researched article. In short, don’t expect me to dig extremely deep into the topics, and certainly don’t expect me to take any of these extremely serious, as there is always something funny about the most dire situations, and gaming is not a place of dire situations. Unless you work for Konamie, in which case, perhaps a change of scenery might be best. Without further ado, my eight points of the week.

1: Gamergate no longer the most dragged out controversy:

Yes that’s right, the confusing, pointless and inconclusive mess that is/was Gamergate is no longer the messiest and most mismanaged controversy in recent memory. (Side Note: Can we stop calling every controversy something-gate? Watergate was called that due to the hotel name. -gate is not a fancy latin suffix, so stop using it like one. Headset-gate, spy-gate, gamer-gate, and bridge-gate, all fucking stupid names that make no sense!) No, the whole Deflategate thing has managed to supplant Gamer-gate. 9 months of ‘controversy’ over PSI and ‘balls’ later, and they’re still talking about the whole Brady thing. For those who don’t know, a quick google search would amend that, but the quick story is that a quarterback allegedly deflated footballs below the level of air they are required to have, and they’ve been fighting about whether he knew or not since. Yes, instead of enjoying football, they seem to only want to talk about balls and their pressure per square inch. And I thought American Football couldn’t be more boring than European Football.

Anyway, despite this, Gamergate is still a term you can search for and find a healthy supply of stories, something I just did twice this week, so the title for ‘Beating a dead horse’ is still not awarded. This isn’t really a bash of the issues presented by Gamergate, this is just a bash of how pointless the whole thing was.  The whole thing was equivalent to throwing darts blindfolded, a whole lot of accusations and a whole lot of whiffs. I can say this for Deflategate, at least it seemed to center on one topic. The different ‘topics’ are at best tangentially similar, and at worst an excuse to create more buzz on an article. Can’t we all just agree that gaming should be a medium where females should be treated with respect? No, because extremists on both sides still exist, and what better way to generate buzz than linking everything together under a hot controversy word *facepalm*

Yes, despite the best efforts of Konami to erase Hideo from the minds of the industry, which actually seems to have elevated him to a level of infamy that has raised awareness of his existence, the man still very much exists and most people still remember his achievements. It seems the strategy of erasing him from the game as best as possible didn’t work too well, considering the internet still exists. Kojima has likely benefited more from being sacked than being retained anyway. Sure, ‘Silent Hills’ will never see the light of day, but honestly, Hideo Kojima could start a kickstarter for a grass simulator, or perhaps a potato salad, and have it funded in seconds.

In the public eye, there is no one more evil than Konami, except maybe EA or Ubisoft, and Kojima being fired is more a sign of his morality than his faults. Being fired from Konami might as well be something to put on a resume, an achievement, something to be proud of. Hideo Kojima is the guy who jumps ship before the adventure begins, except the ship is made of gabage, and on fire, and the adventure is a slow descent into depravity and insanity. Good for you Hideo, hopefully the rest of Konami’s employees will follow your example, and the next MGS will simply be a 2-D text adventure developed by Satoshi Sakamoto, the CEO.

Gaming Paradise. Wow. Honestly, this story is surreal in its stupidity. Yes, a gaming event where not only the PC’s for it showed up without graphics cards, *snicker*, but they also royally fucked up accommodations, under booking hotels and player passports being suspended due to dispute over who had to pay for their hotel rooms. To add onto that, several players suffered medical illnesses from being there. This story could not be more ironic, I could spend hours making jokes about the name, as well as making a few references to the Russian Olympic, but I won’t. Ok, maybe just one. Apparently the only thing harder than winning a Counter-Strike tournament is surviving ‘Gaming Paradise’

Honestly, this event is one of the worst managed things I’ve seen in recent memory. The whole thing stinks of Konami, except I can’t find any links between the two after a substantial and deep Google search, consisting of two minutes. That being said, I wouldn’t be a games journalist without drawing giant leaps of logic from very few facts, so here we go. Gaming Paradise was an existential display of human ineptitude. Now, we could just attribute that to bad planning, but if we consider it more carefully, the event resembles birth and death of humanity. Limitless possibilities at first, only to be crushed by the harsh reality of poor planning and mismanagement of resources. Now as we all know, one of the popular interpretations of 2001: A Space Odyssey is that the movie represents human birth and then death. Hideo Kojima’s favorite movie? 2001: A Space Odyssey. Obviously the event failed as Kojima was involved and Konami wanted to ruin it as only they could. Mystery solved.

4: Steam is the end all be all of PC gaming

Yes, Smite came out this week on Steam, another game converting over from an independent launcher to Gabe Newell’s warm embrace. Except, that might not be a good thing. Don’t put all your eggs in a basket, as it’s likely you’ll drop them you clumsy man, and then break all the eggs. If there’s anyone I don’t trust to maintain careful control of a basket of eggs, it’s Gabe Newell and co. Sure, they offer great prices now, but you know who else used to be loved and revered? EA. Thank god Origin didn’t exist back when EA was run by smart people, or we might all be stick with it now. No, in 10 years Gabe Newell will have a sudden stroke, or maybe a revelation, or something and will slam his fist on his knife-laden table and decry that Steam sales are now dead, and you must always be online to use Steam for total piracy, and not data collecting, reasons. That, and he’ll continue to tease Half Life: 3, therefore making all of that OK.

5A: Amiibo’s are still fucking stupid

BOW BEFORE YOUR OVERLORD, THE ALL MIGHT AMIIBO! No, seriously, 7 million of those things sold? What do people even see in them? They’re like 80’s action figures without the amazingly corny commercials. And nowadays, those 80’s kids are adults and can’t plea childhood stupidity. I can’t tell which is dumber, the everlasting love for Amiibo’s, or Nintendo’s inability to manufacture enough to meet even a fraction of the demand. Honestly, Nintendo could stop developing consoles if they would just learn the basics of supply and demand. The demand is too high, they need to add more supply, therefore allowing Amiibo’s to exist on Amazon page’s for more than a few minutes after announcements. Then again, that seems about a likely as Nintendo releasing a console supported by third party developers, so ya better be quick with that order button for the next wave of Amiibo’s, you sheep.

5B: Company that fucked up the most this week:

EA! Honestly, Konami could win this one almost every week, but EA did something particularly dumb, in a game I care infinitely more about. Yes, that’s right Star Wars: Battlefront will have peer to peer networking on PC, not servers…. and EA was doing so well. I’ve always enjoyed Battlefront, but honestly EA has killed any excitement for this new installment. No singleplayer, and no actual servers, what a mess. While they’re at it, why don’t they just add QTE’s and door breaching mechanics and call it “Medal of Honor Warfighter II”. Oh wait, that game had a singleplayer, albeit a terrible one, but that’s more than Battlefront can say. Tune in next week when Konami finds a way to reclaim the title, cause honestly its bound to happen 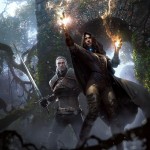 The Witcher 3 developer CD Projekt RED to be bought by EA? (Rumour) 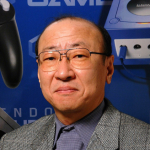