So EGX has come and gone, and now we can take a deep breath and recover from all of the game previews, press interviews and convention flu (which has hit me pretty hard, personally). The UK’s biggest gaming convention did not disappoint, with record-breaking numbers attending the event over the weekend and many huge new games on display. What follows is our breakdown of the real EGX experience in 2017.

Obviously, the main reason that people attend EGX is to try out all of the latest and juiciest games, and this year left no one wanting. There were many huge games on display, from Call of Duty: WWII to Assassin’s Creed: Origins and many more besides. Some of the most popular games available were Destiny 2 and Middle-earth: Shadow of War, both of which had huge display stands.

Destiny 2’s stand featured huge screens, a merch stand and public displays of attendees’ Crucible and Strike skills. Periodically throughout the day, the stand would be swarmed by fans hoping to get free merch as the people manning the stand launched t-shirts and inflatable weapons into the crowd.

Slighty more accurately-themed but no less impressive was the Shadow of War stand, which featured a huge photo-op where fans of the upcoming LOTR title could sit astride a huge dragon. This wasn’t the only game which provided interesting photo opportunities for fans to take advantage of. Mario + Rabbids Kingdom Battle featured a huge ‘Rabbid Kong’ for fans to cower in fear from, Sonic Forces had the Blue Blur appear in person, but by far the most interesting (well, for me anyway) was Total War: Warhammer II, which featured a life-size Doomwheel you could sit inside.

Naturally, Assassin’s Creed: Origins was the focal point of the Ubisoft section, with queues which could take up to 2 hours for a few tantalising minutes of sweet, stabby gameplay. In the end, this gameplay turned out to be worth it, with the game’s revitalised combat and polished climbing systems being the main topic of conversation between people leaving the booth.

Square Enix had an impressive showing as well, mostly in the indie department. The main ‘Triple A’ offering was the stunning Dissidia: Final Fantasy NT, the latest in Final Fantasy’s spin-off fighting series. The game has made a jump from the PSP to home consoles and looks beautiful as a result, and it has one hell of a fighting engine.

As well as the bigger games, there was sure to be something for everyone on some of the smaller stands. Ni no Kuni II: Revenant Kingdom showed off its impressive skirmish battles and revitalized RPG combat, Dragon Ball FighterZ impressed with its classic 2D tournament fighting chops, and games like Lego Marvel Super Heroes 2 and Monster Hunter: World were constantly in demand.

It wasn’t just the big companies that made a splash at EGX, with huge amounts of indie games competing for their 15 minutes of fame. Of particular interest to many people was the Square Enix Collective, with draws including the revival of the 15-year-old Fear Effect franchise, the anime-film noir hybrid Tokyo Dark and the upcoming WWII competitive shooter Battalion 1944 (check out our interview with the game’s developers here).

Another huge draw was ‘Strange Brigade’, an upcoming co-op third-person shooter with elements of survival horror and puzzle solving. In the same area, there were a huge number of awesome titles, like the VR Grim Reaper simulator ‘Death Is a Desk Job’, the factory building game ‘Production Line’, and the much anticipated sequel ‘Shoppe Keep 2’.

There is probably little surprise that the levels of free merch were huge throughout the event. People from different game stalls were wandering about handing out shirts or trying to eviscerate people with them in the case of one ‘God of War’ cosplayer, those from the Destiny 2 stall were throwing things at their fans, and every game you could care to mention had posters to hand out to the lucky people who had just tried their games.

In the end, we ended up walking away with free Destiny 2 t-shirts, cans of Rockstar, some inflatable weaponry, a God of War t-shirt (which we nearly died for) and as many posters as we could carry. Personally, the ‘Sonic Mania’ poster was a major highlight with its vibrant colours and wonderfully classic Sonic artwork.

Another huge element of the show this year was the cosplay competition, which was held each day with a winner being picked by a panel of expert cosplay judges. Perhaps unsurprisingly, there were huge numbers of Overwatch cosplayers present, in fact the winner of the first day’s competition was someone cosplaying as Mei, complete with furs and ice cannon. Slightly more surprising was the pair of ‘Battleborn’ cosplayers whose costumes had clearly taken many hours of effort to put together and even lit up.

It wasn’t just the fans that got in on the action, with people walking around the convention in mascot costumes as well. As mentioned above, the Blue Blur himself, Sonic the Hedgehog, made an appearance, and things got interesting when the Mario mascot caught his eye and the two had a Mexican (Italian?) stand-off.

Obviously, there were loads of YouTubers and Twitch streamers at the event, with Twitch running their own section, which was dominated by a huge stage. At this stage, it was possible not only to win prizes via the daily treasure hunt, but also play games with some famous personalities.

In the same section there was also a stand where you could watch professional Street Fighter players beat lumps out of each other and even get in a few games yourself. There was also even more merch in these parts, with the area rounded out with stands devoted to every facet of modern PC technology.

Obviously, one of the most important aspects of any video gaming event is getting to actually play games, and thankfully EGX had you covered. A huge section of the convention was devoted to machines running a variety of different games. LAN FPS action with Doom, every retro console in the known universe (even a Vectrex, for God’s sake!), arcade cabinets and even pinball machines. At any time you could just sit down at one of these machines and relive a memory of gaming days past, from Centipede to SoulCalibur.

Newer games were also catered for in the ‘Games Library’ and ‘Minecraft’ sections. The Games Library was filled with consoles of all different shapes and sizes with many different games installed, giving people a chance to take a break from the crowds with some games. As you can probably tell, the ‘Minecraft’ section was simply a series of computers with Minecraft running on them, meaning players could build and grief to their heart’s content in an LAN world together.

Finally, video games weren’t the only hobby that got a chance to shine. A huge area at the back of the hall was brimming with every kind of tabletop experience you could imagine. From collectible card games to Dungeons & Dragons, any sort of tabletop enthusiast was liable to be in dice-rolling heaven. There were several games there giving demonstrations, as well as a huge number of tabletop games available for purchase (if you could tear yourself away from the gaming tables for long enough).

Well, in the end, it would be impossible to cram everything into a single article, so watch out for more concerning some of the games and events that took place at EGX over the next few days. We got a chance to take an in-depth look at a lot of what the show had to offer, and you can be sure that come hell or high water, we’ll be filling the site with everything we did and saw there.

For much, much more on EGX 2017, keep it locked on Gaming Respawn. 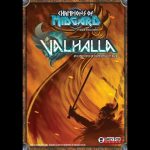 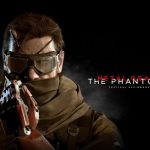