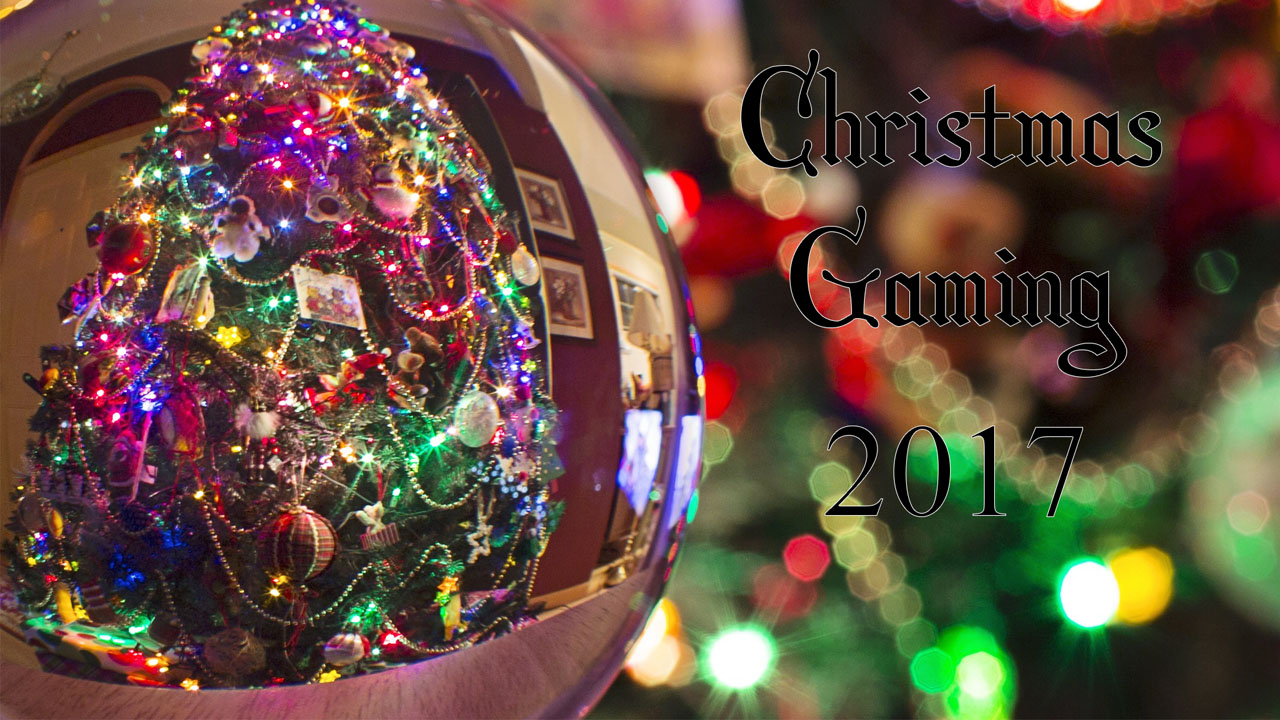 As the big day grows ever closer, it’s time for another dose of festive gaming…goodness? Well, not really, but honestly considering how many ‘good’ Christmas games there actually are, you shouldn’t be surprised that they’re a little thin on the ground.

The Turkey of Christmas Past

How do I get myself into these things? I don’t know the answer to this, it’s life’s most perplexing question. I just sat down at my computer to look through Steam’s library for Christmas games to play for my festive feature. A few hours later, I am mercilessly slaughtering turkeys…BECAUSE CHRISTMAS!!! AM I RIGHT?!?!?!

Okay, so shouting out of the way, I suppose it’s time for me to try and explain what this game is. Well, at its most basic level, it’s an absurdist comedy, hack-and-slash game where you play as an anthropomorphic cat with a sword killing wave after wave of anthropomorphic turkeys, also with swords. 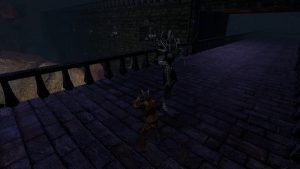 If that description sounds a little odd, then I’ve done my job well. The entire concept of this game is completely bonkers, but I can’t help but think that this was sort of the point of it. The gameplay isn’t particularly engaging or interesting, but the game only lasts a couple of hours and has only the loosest basis of a storyline. The fact that you can play a game where the entire point is to slaughter evil Christmas-hating turkeys is pretty funny, at least at first.

You’ll probably only ever play this game once and then forget all about it, but I suppose if you’ve got a YouTube channel, you might get a fair few views out of the insane concept. 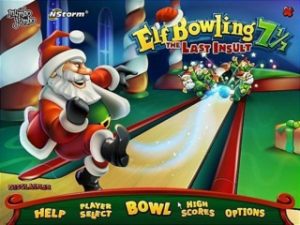 Ahh, this takes me back. In fact, this is one of the games that I covered on my video series last year. Elf Bowling is something of a one-note joke game where you bowl over elves to stop them from ruining Christmas. The joke being: “Isn’t it funny to bowl down elves?”, and the answer being: “No, not really”.

Luckily, the game does have some pretty interesting power-ups. You grab them as you’re steering your ball down the lane, and when you get your next chance to bowl again, you can select one before throwing your ball. These range from making your ball bigger, adding boxing gloves to it, and putting barriers up along the gutters.

While you get your own power-ups, the elves get their own as well. When you start your turn, you are sometimes presented with different disadvantages that the elves can use against you. These range from things like walls that block your path to making your ball smaller, as well as giving the elves themselves a 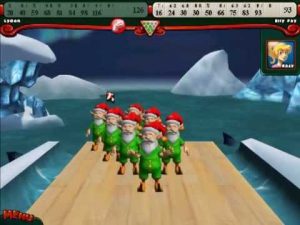 physical shield to block the ball.

These power-ups actually make the game fun to play, at least if you’re playing with someone else they do, anyway. It’s quite fun to try and screw with your friends by having sandpaper replace some of the lanes while they try to knock down their squeaky-talking pins. This basically turns the game into Christmas themed battle-bowling, a concept which should make the heart of any Christmas fan glad. Worth picking up to play with a friend once in a while.

The last game on the list today is Santa Rockstar. You can probably already guess what this is from the title. In this game you take charge of a highly ripped Santa Claus as he takes the reindeer on the road to play in his Christmas-themed cover band.

Anyone who has played Frets on Fire will probably know how this game goes. You hold the 1-5 keys on your keyboard then tap “Enter” to strum along with the selection of well known Christmas carols that the game includes. If you have an Xbox 360 or PS3-based guitar controller, you can even hook that up and play with it, although there are some issues with the whammy bar.

The game is probably the most polished one on our list so far. It has some pretty awesome graphics during gameplay, not to mention some nicely animated cutscenes considering it’s such a seasonal title. In a way, these cutscenes are similar to those you find in Guitar Hero 3, both in their animation style and the type of humour you find.

The entire point of the game is to do a world tour with Santa’s band, firing presents from your tour bus as you rock different areas with rock-themed Christmas songs. During the story mode, you start out in the arctic and work your way around the world, playing three songs in each location, again in a similar way to Guitar Hero 3 (but with less songs). 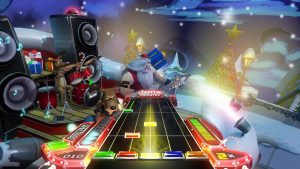 All-in-all, the game is very short, only containing 5 different locations and around 20 songs to play. However, this isn’t much of an issue. The gameplay is fun, assuming that you already like other rhythm games anyway, and if you want a Christmas-themed version with decent rock covers of famous Christmas songs, you can probably get a decent amount of enjoyment out of trying to improve your score or beat the higher difficulty settings.

On top of all that, the game only costs £5 on Steam as of right now. Honestly, I had difficulty stopping when it came time to write this feature, it’s that much fun. If you’re into the concept, there is no real reason not to give the game a whirl, so far it’s one of the few Christmas games that actually feels like it was a good idea (except for Secret Santa, that was also pretty good).

A strange amount of half scores around this time. Well, let’s hope that next time this trend doesn’t continue. It looks weird in the rating pictures. 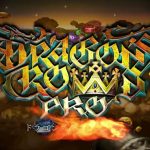 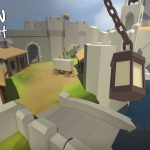