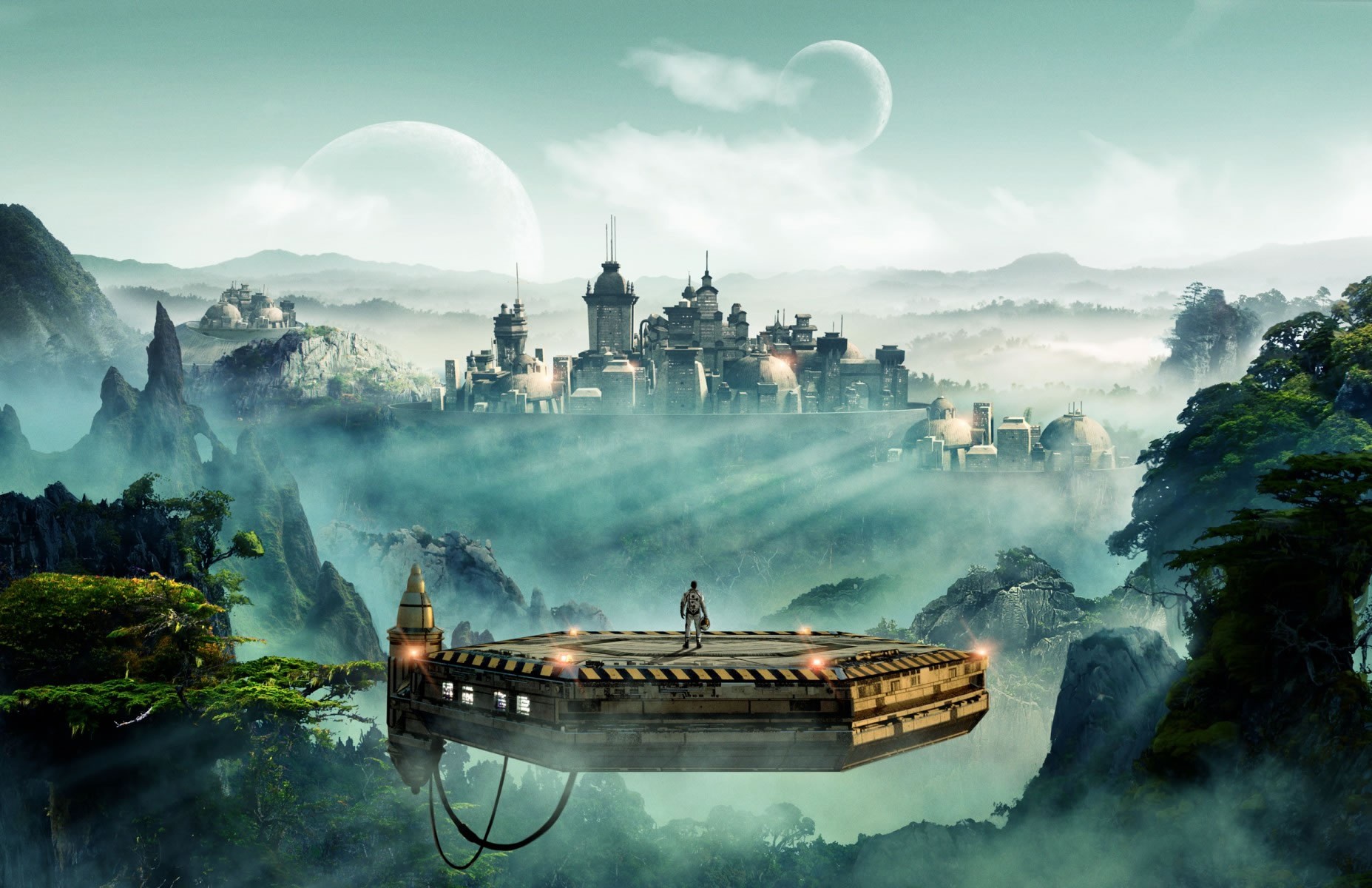 Hello and welcome again to “Well, That Just Happened #2”. It’s Saturday and it’s time for another gaming story. This time from a small encounter with a more tactical game than last time. I was playing Civilization: Beyond Earth and well, this just happened…

We barely just landed on this new planet, but everyone is of the same mind. MY mind, that is. We have to look to the betterment of our species. Humans have always been survivors and now, on this planet, we can take it further with the help of the one thing that has always helped us go further. Technology. I will make our civilization and then the whole of humanity immortal with it. One mind. One digital consciousness able to survive anything this planet throws at it and more.

Our expedition, sponsored by the Slavic Federation, starts off with the capital ship and now city of Khrabrost. We land on the new planet in a pretty well defensible position. Good choke points on three sides of the city. I immediately start with the small steps: I start exploring, find a few stations to trade with, establish a new outpost and rename everything more efficiently. Khrabrost becomes Alpha to fit with outpost Beta. Soon other expeditions sent by Old Earth start showing up. They call me a supremacist. Whatever that may mean to them, it bothers me not. Arguing or fighting over words is something the Old Earth did. Poor sods. I know better than that.

My relations with the other factions remain mostly neutral. I’ve no interest in conflict or in alliances, especially if those alliances can cause conflict. As far as cooperation goes, if it is asked of me, I will do it, but I will not seek it. My main concern is the technological advancement of our species and so I pool all my resources to it, keeping the military to a bare minimum. The Pan-Asian Cooperative and the Kavithan Protectorate asked for a cooperation agreement. I helped them with a few resources I wasn’t using and they helped me with research, after pulling some favours of course. The deal seemed lucrative enough so I kept to it for some time. Until they started conflicts with the other factions. Urgh, even here and now, the primitive old humans haunt me. They never learn.

I’ve founded two more cities, Gamma and Delta, but I’ve been having a bit of a problem with Beta. A lot of alien nests started appearing near it and they posed a real threat to my traders so I started deploying troops to… deal with them. Naturally, I was accused of mistreating the indigenous life forms. The People’s African Union even denounced me publicly. Of course I didn’t have anything against the aliens on this planet… just against a specific few. What? Was I not supposed to defend my people against these pests? Funny how they tried to shame me for killing these mere animals, but they were quick to wipe Franco-Iberians off the face of this planet merely for not sharing the same views. I payed the hypocrites no mind. Denounce and provoke me all they want, I wasn’t going to indulge in petty wars. So I grew cold towards them. Distant. And our technology evolved for it.

I still had to keep my eyes on the other factions, so I developed a covert ops program. Special agents in the program kept a close eye on the biggest of the other factions and protected my cities from the poor spies that were unfortunate enough to have missions withing my territory. I say unfortunate because none escaped alive, at least to my knowledge. My agents kept me informed while our people were preparing for ascension. We were already fully integrated with our, basically immortal, cybernetic bodies, but something was stirring among the others. They didn’t like what they were seeing, and they were seeing us. We cracked the code to the Emancipation Gate but we needed more resources to finish building it. All agents were called back. We needed all the help we could get.

We made it. All that was left was to pass through the gate and liberate Old Earth of their past sins. Half of us made it through, but dark clouds were rising at our borders. The others. They were here to stop us. Can they not see this is for the good of all humanity? Were we not meant for immortality? Are we to fall to our own stubbornness? Such hopeless creatures.