Welcome to this weeks Character Appreciation Day #Issue 6. Todays character up for review is a Genetic Lifeform and Disk Operating System otherwise better known as GlaDOS, a feminine like A.I computer system created by Aperture Science. Witty with a strong taste and love for dark humour and being very sarcastic, as well as very mischievous with a huge love for cake, GLaDOS runs experiments at the Enrichment Centre, all in the name of science.

We’re a lot alike, you and I. You tested me. I tested you. You killed me. I—oh, no, wait. I guess I haven’t killed you yet. Well. Food for thought.

Remember when the platform was sliding into the fire pit and I said “Goodbye” and you were like, No way!” And then I was all “We pretended we were going to murder you?” That was great!

Well done! Here are the test results; You are a horrible person!

GLaDOS is most likely everyone’s favourite A.I, although evil, corrupt and sadistic we can’t help but love GLaDOS, and forget and forgive it for trying to kill us in Portal 1, it was all in the name of science right? GLaDOS is a main antagonist you just can’t help but to love.

The project to develop and build GLaDOS started in 1896, when construction of the first iteration began. It took over a decade of hard solid work to finally be able to activate GLaDOS, and in 1998, the A.I was born, but only for a short while because once activated it tried to kill the scientists that made it. It was a huge set back so they had to the scientists had to get back to work and reprogram and remove some of the A.I’s personality and stop its murderous behaviour by adding various personality cores. Some of the previous personality cores that was in GLaDOS the first time around got removed and placed in a sage storage…one of those core was Wheatley.

With more years of work on GLaDOS, the A.I eventually claimed to have lost all interest in killing, and only wanted to focus on doing stuff in the name of science, wanting to study and experiment. GLaDOS finally builds up enough trust with the scientists and was planned to be activated on a special event called; Aperture’s “Bring Your Daughter to Work Day! Once activated GLaDOS wasted no time and sealed and trapped everyone in the lab and killed them all using neurotoxin.

With GLaDOS now in full control the A.I could do whatever it wanted and awakens Chell, and that’s when the amazing Portal 1 begins. 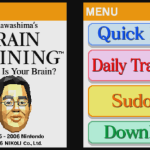 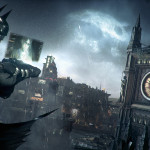