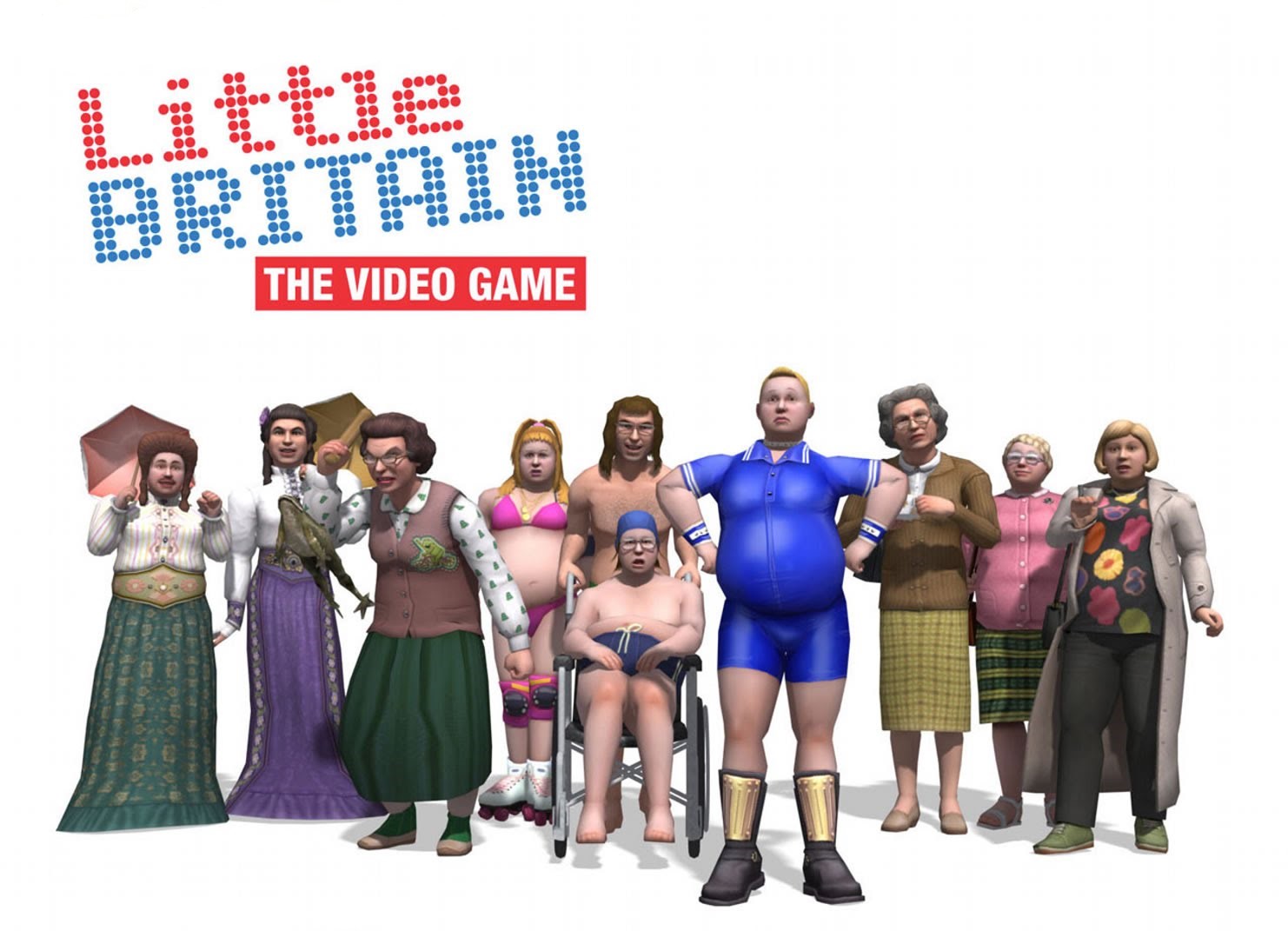 On a browse of my local CEX Store, I stumbled across a game that piqued my curiosity as I wondered how something like this could possibly be made into a game. It was made by the folks over at Blast! Entertainment, which is cause for concern already. This game was……. 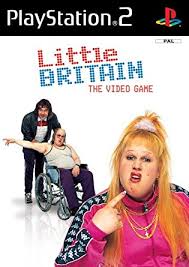 Little Britain was a show that I found to be funny back when I was about 11 as the crass humour entertained my simple brain, and the reoccurring characters all had their own little catchphrases which were spouted at school up until year 8.

I never thought a comedy sketch show like Little Britain would ever translate well to video game form. I was right in my assumptions. It starts off awfully, with a lie blatantly printed on the back of the box which says “8 hilarious mini-games”, when in actuality there are only 7 mini-games, and two of them are carbon copies of each other.

The game’s first ‘hilarious’ mini-game stars cover star Vicky Pollard roller skating around her estate, collecting CDs and avoiding the obstacles whilst under time constraints. This sounds idiot proof, but what you don’t know is that Vicky controls like a cart horse; there is also a one second button delay when jumping, so she constantly kept bumping into things which set you back on the track and cost precious seconds that could be the difference between completing the level or failing. You need to score 50,000 points to move on to the next mini-game. 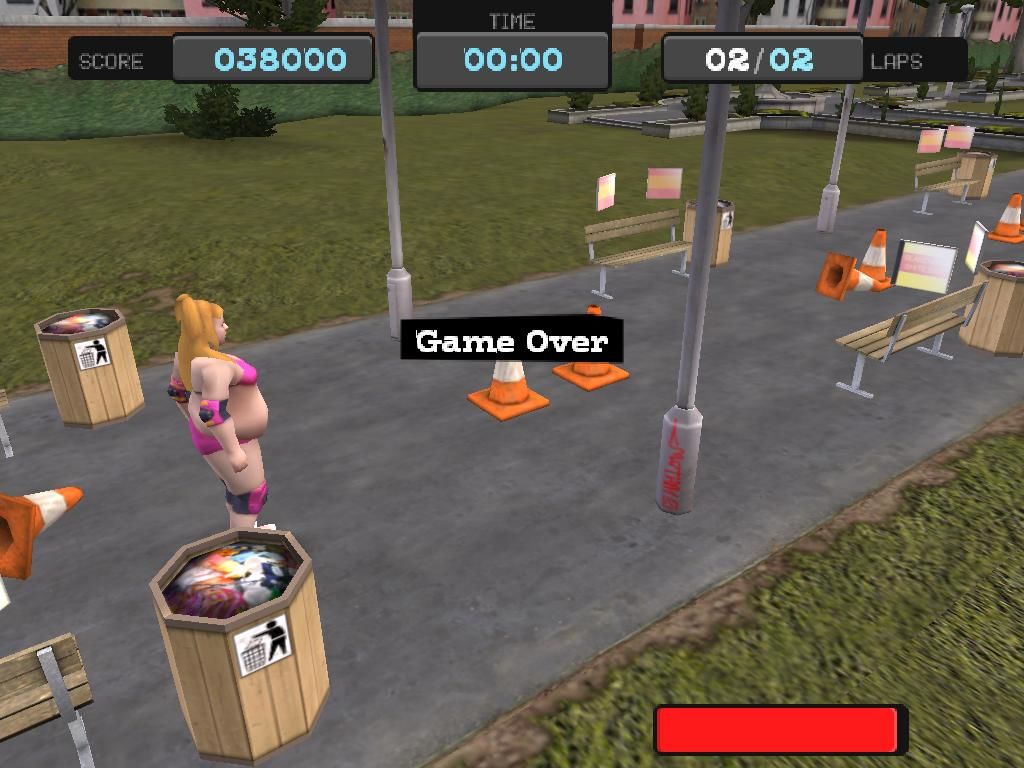 The next abomination of entertainment takes you to a swimming pool where you control Andy who is meant to be disabled, but he can (insert shocked face here) walk. The task is to run to one of the three boards on offer and perform tricks off of them to earn points. This one was a whole lot easier than the first level but still frustrating. To make Andy move, you have to smash down the x button, which in the end makes you feel like your thumb is falling off. Again, another 50,000 points are needed to progress. 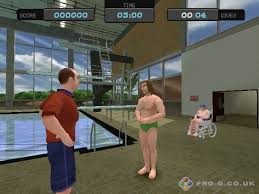 The first of two blatant rip-offs came next when you control Marjorie who leads the Fat Fighters Club. The game it rips off is Pac-Man. You go round eating all the cakes and avoiding the fat people from the group. The map is awful as you can’t see where the cakes are, so it is all guesswork finding out where the final ones are; then there are the fat people who move faster than you and can catch you with the efficiency of marines.

The next game takes you to an inventive town named Slut, where you take control of Letty Bell and have to play Whack-a-Frog whilst avoiding her froggy collectibles. Again, it falls afoul of the one-second button delay, causing you to hit the collectibles and get minus points. The game is very short and boring.

Then you move onto a football mini-game where you play as transvestite Emily who has to score three goals in the time limit. Again, a simple design is poorly executed as the ball goes wherever it wants to, and the defenders somehow get the ball, even when the ball goes way above them. The goal keeper is very inconsistent as he will save some incredible shots and let in some weak ones. The time limit makes this one more stressful than it needs to be.

The second of the rip-offs is one of Tetris. You play as Maggie, and you have to match three of the foods to fill a bar on the right which, when the timer is up, you have to aim and be sick all over the people at the Fete. It was at this point that I remembered why I did not like Little Britain as a show anymore. The humour appeals to the lowest class of person, and at least that translates to game form.

The last mini-game takes you to Wales and the town of Llandewi Breffi, and you take control of the only gay person in the village, Dafydd Thomas. This game even copies itself as it takes a similar step to the first level as you go around the town on a bike, collecting gay magazines and knocking over other gay people. Another example of very low brow humour, and it definitely could not be done in this day and age.

At the end of every mini-game, you get a short 30-second clip from the show, which is not really a worthwhile reward for the awful mini-game you have to play beforehand.

In summation, this is a frustrating and painful hour to hour and a half you can experience on a PS2. The games were just awful to play, and the game is poorly designed. Blast! did not product test this enough when this was released back in 2007 as the button delay makes you want to launch a controller at the TV. The only positive is that I paid only 50p for this game, which is no more than this garbage fire is worth. 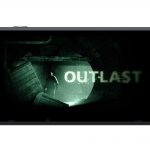 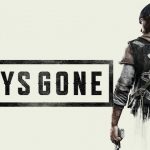