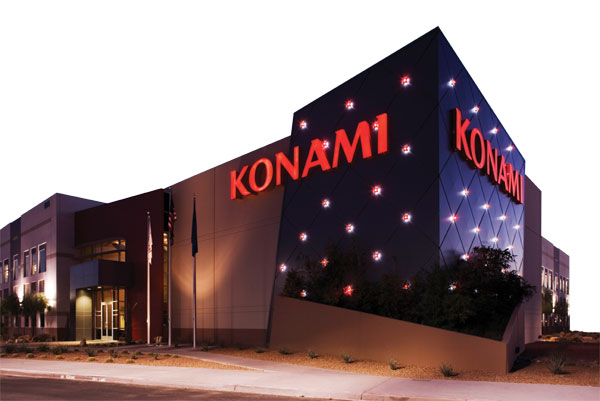 As I revealed back in September, I am currently balls deep into a boycott of Konami. This is not something that I entered into lightly or with any real gusto. Ever since childhood, some of my all-time favourite games have come from Konami. Turtles in Time, ISS Deluxe, Metal Gear Solid 1, 2 and 3 and ISS Pro ’98 are all games that had a huge effect on me and helped foster my love of video games that exists to this day. ISS Pro ’98 may very well be my favourite game of all time. Certainly some of the most enjoyable hours of gaming that I’ve experienced were shared with that particular release. I was even playing PES 2009 recently, so I was still very much prepared to do business with Konami until about a year ago. I have not played PES 2016 or Metal Gear Solid V  because of my entrenched desire to not give Konami any money whatsoever. However, I’m a reasonable man and if Konami are prepared to meet some equally reasonable demands from yours truly, I might just consider giving them some of my custom again.

Pretty straight forward this one. It seems the least that Konami could do, seeing as Kojima pretty much kept them anywhere close to relevant off his own back for the past decade, as they meddled with and ruined all their best franchises to the point that Metal Gear was practically the only franchise that they hadn’t pillaged all worth from yet.

Looking at all the great games Kojima made for Konami and all the money he brought their way, I find it hard to hold back vomit when thinking about how this man was treated. Kojima isn’t infallible and the nonsense with Quiet hardly made him look good, but that doesn’t take away all the great work he did for Konami since the 80’s. He’s a jewel of the industry and they treated him like scum on the bottom of their boots. Fuck You Konami! Want my money again? Then make things right with Kojima San.

Again, another fairly straight forward demand. As numerous reports revealed in the summer, Konami treats its employees with a level of disdain that even the government of Arstotzka would find a tad excessive. This truly was the straw that broke the proverbial camel’s bollocks for me and pushed me over the edge from “intense dislike” to “Oh my God, I’m boycotting these pillocks” after a good 2-3 years of teetering on the brink.

Fuck You Konami! Want my money again? Then start treating your staff with some actual respect.

Taking P.T. down, despite it not costing anything to download and being something that people were still actually interested in playing, completely rubbed me the wrong way. It was, and still is, petty content hoarding in its most vulgar and unedifying. Make no mistake, Konami took this down because they COULD and they did it as nothing more than a dick swinging exercise.

“Oh, you like that thing that the bloke we’re not getting on with made and costs us literally nothing to leave up there available for download? Well tough titties lar, we’re taking our toys and going home, because there’s naff all you can do about it! LOLZ”

Hoarding of content is a downright despicable thing that helps nobody. It’s a vicious practice done to punish creators and consumers for no other reason than people like to hold power over others. We’ve all been there. Some kid decides he doesn’t want something anymore, so you express a desire for it yourself. After all, he’s already expressed no interest in it, so what’s the point of it sitting in a corner unused when you’d be happy to give it a home? Suddenly, he decides he DOES want it all along, if only for the petty reason that he doesn’t want someone else to have something of his. So away to the corner it goes to gather dust, because heaven forbid someone actually wants to enjoy that content.

4 – Stop blacklisting journalists who actually report on you with honesty

I’ll just recuse myself right out of the box here, there are only two people who I sponsor on Patreon. One is Todd In The Shadows (whose proper boss by the way and you should totally give his Patreon page a goosey gander) and the other is one James Sterling. Yeah, I’m a big fan of his work and very much enjoy both The Jimquisition and Podquisition. So if you want to disregard this point for that reason, go ahead, although it wasn’t just Jim who has suffered under Konami’s tyrannical yolk so I think the point is still valid anyway.

Back in 2012, Jim produced a video where he took Konami to task for a number of questionable business decisions. It was stern, but fair, criticism and should have hopefully been the bucket of cold water to the face that the company needed. Instead, Konami retreated into its shell and unleashed hell on not just Sterling himself but the WHOLE of Destructoid declaring, and I quote, “Fuck those guys!”

Konami then decided to follow up said hissy fit by blackballing Sterling and the entirety of Destructoid, due to no other reason than Konami’s executive being mawkish man-children with sand up their arses.

Err, no Konami. Just no. If you want to behave like spoiled little children by banning critics and journo’s who actually try to hold you to account for making mistakes, mistakes that were helping to kill your company’s reputation I might add, then I want shit all to do with you. I fully expect them to blackball me now should news of this article find its way to Konami’s hollowed out volcano, where I assume the board of directors sit around stroking white cats and discussing how they can make a Lionel Messi pachinko machine. All I’ve got to say is blackball me all you chuffing want lads. I’m already boycotting you to begin with, so you sticking me on the “naughty list” will do little more than make the schism between us more legitimate and finite.

Fuck You Konami! Want my money again? Then stop blackballing people and actually apologise to the people you HAVE blackballed over the past few years. Jim in particular deserves a heartfelt apology, and maybe some gifts to boot. A nice bottle of Rioja and a small castle in Surrey should work as an initial peace offering at the very least.

5 – STOP WITH THE FUCKING PACHINKO MACHINES!!!

Not much more I can add to that one. Just stop it.

Despite reports of Konami moving away from mainstream gaming , OTHER reports suggest that they aren’t quite ready to give up the ghost just yet with a new Metal Gear game supposedly already in the works.

All I know is that I won’t be buying any of their games anytime soon. You’ve got my demands Konami, now the balls in your court. 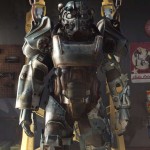 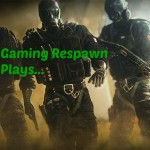