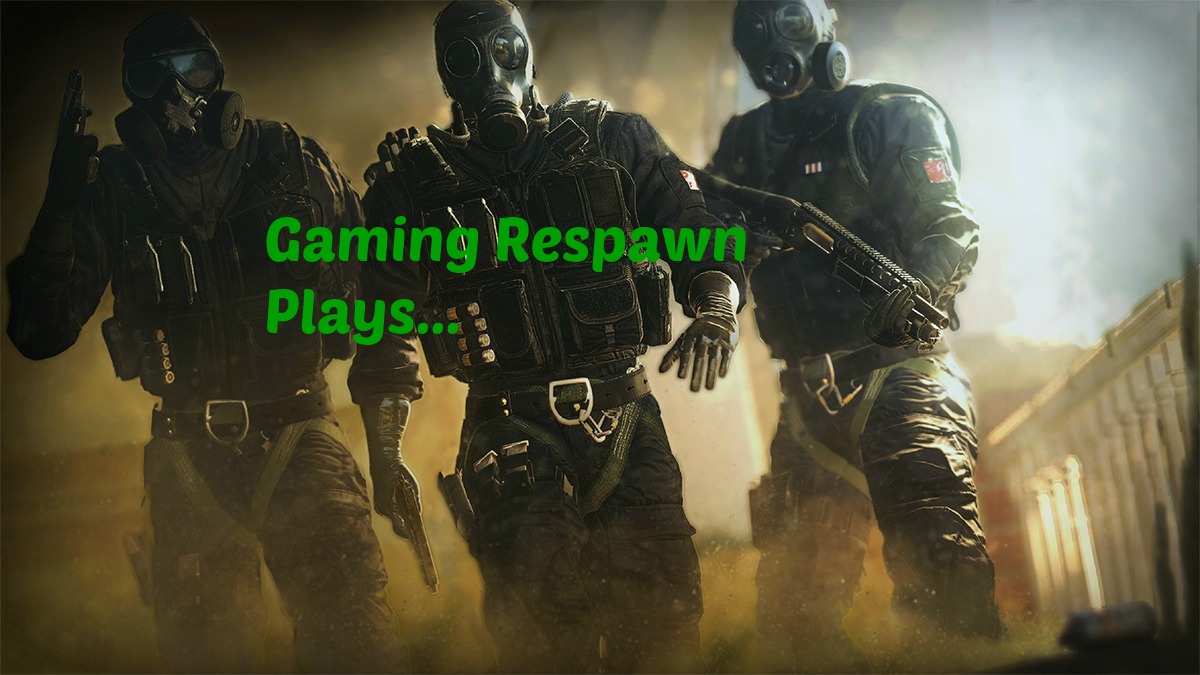 With Christmas day approaching faster than Konami’s next fuck-up, here is what the team at Gaming Respawn have been playing in the build up to this year’s festivities. Let’s, as Michael would say, take a goosey gander at the last Gaming Respawn Plays before Christmas.

With all that Christmassy stuff you tend to do around this time of year, my time for gaming has been rather limited, unfortunately. However I did manage to find enough time to crawl through my Steam library for any games I didn’t give enough time to when I first purchased them. Normally, this search proves fruitless but thankfully, something caught my eye – Supreme Ruler Ultimate.

I struggled to get into Supreme Ruler when I first purchased it, I gave it a few hours but found it too confusing which isn’t like me. I love my strategy games but it just didn’t click for me. Europa Universalis and Crusader Kings was what I had become accustomed to in addition to Eversim’s Geo-Political Simulator’s.

My first playthrough this time saw me take control of the United Kingdom in 2020 and war was all that was on my mind. I figured I would go to war with North Korea as who wouldn’t want to see crazy dictator with an awful haircut defeated? Apparently, I was the only one in the world. Not having much clue about how the military aspect worked, my planes were getting shot down by Germany and Holland as they attempted to fly to North Korea. As a result, World War 3 soon erupted as I put Germany and Holland to the sword, but my lack of leadership skills, well knowledge of the game mechanics, led to a stalemate. Happier with how the game worked, I decided to play through properly with Iceland in the year 1949 and so far, I am having great fun stabilising the economy, growing my military and relaxing on my peaceful, yet powerful island far away from where anyone can trouble me. My recipe for success? Selling nuclear technology to countries like North Korea, China, Pakistan and Iran. Let’s say, they paid well….

If you haven’t played Supreme Ruler Ultimate, it’s worth picking up over Christmas, especially if you are looking for a strategy game to sink hours into over the festive period. Any excuse to ignore the in-laws, am I right? 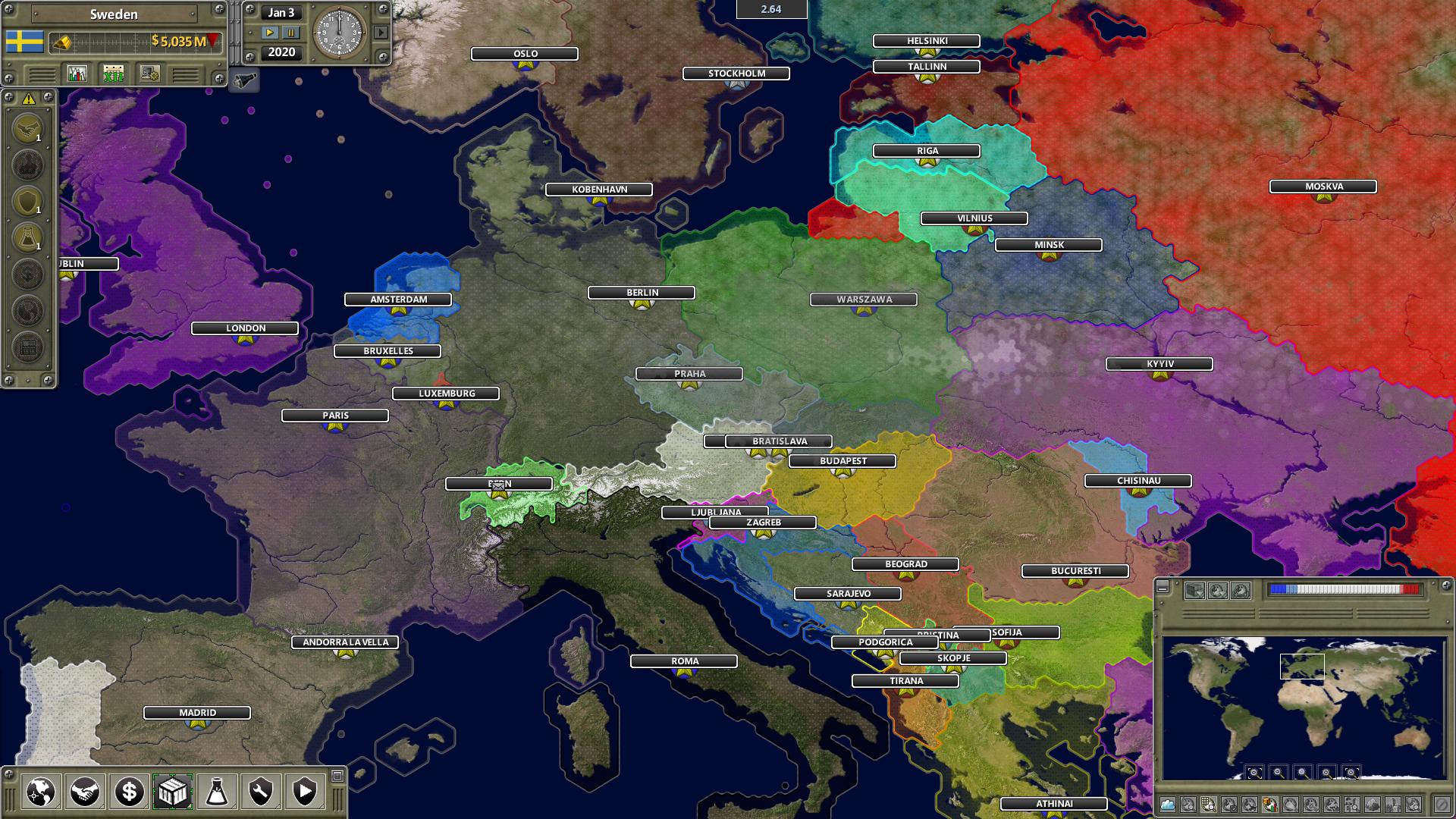 I actually went back to WWE 2K16 this week, after a good month of playing other things. As anyone who saw my review way back in November, I found the game to be decidedly underwhelming and it weighed in at a mere 68% as consequence.

I am happy to report that some of my gripes have been addressed, but the game is hardly on the level of some of the previous games in the series. One change that I’m imminently grateful for is that you can now have a title match whenever you want in Universe Mode. This was patched in relatively soon after my original review, and certainly earns the game some brownie points. I still have absolutely no time for “My Career” Mode, but I have now been getting into Universe Mode now that it’s been tweaked somewhat. Yes, it is annoying that you can’t have more control over progression of rivalries, but the Mode is certainly more playable than it was before. It can get tiresome doing the same match for 8 weeks though. Hopefully they add something to the Mode next year that allows you to craft your own chapters in the storyline. The option to add a Promo Segment for instance would be welcomed, turning the game into a combination of the old General Manager Mode and Universe Mode of past releases.

I still wouldn’t strongly recommend this game or anything, but if you find it for £20 or so second hand, there are worse things you can spend your money on.

Aside from WWE, I did get to play a bit more on the Wii U this week and Mario 3D Worlds is quickly becoming one of my all-time favourite Mario games. I do have a specific niggle with it though, and that’s the time limit for each level. These time limits weren’t as much of an issue in the 2D Mario’s as they were intrinsically shorter and more linear, but what made the 3D Mario’s so fresh and different way back to Mario 64 was that the time limit was stripped away and you had more freedom to explore the detailed world the designers had created.

3D Worlds doesn’t give you that same luxury and I often find that I have to lament as a result of it. Some of the levels are so well designed and fun that I just want to explore every nook and cranny. I just want to enjoy being in this world and experience all it has to offer. However, because the clock is always ticking at the top of the screen, I feel forced to plough through certain sections that I’d otherwise be enjoying at my leisure. I think this is a problem Nintendo will continue to come across as they continue refining the 3D experience in future Mario games. Perhaps they’ll have a Free Roam Mode to future games, where you can explore without the need of a clock? I’m all for the Mario experience evolving, but maybe Nintendo should look at what we loved so much about the original 3D games a bit more? What we have here is a frustrating half way house that takes the sheen of an, otherwise excellent, game.

With Xmas on the horizon I haven’t had the time to play as much as I wanted to. Time has been occupied at work and shopping for gifts. When I get time to myself I’m constantly playing Rainbow Six Siege and this is such a surprise to me as I’m not a big online or FPS gamer. But RSS has me hooked.

Games are fast paced fun and brutal, and with the huge amount of selectable operators to choose from each round is unpredictable and completely different from the last.

Sadly I have unlocked every operator, most gun attachments I need and I sit at rank 35, so I’m desperately in need of some new content for me and many others to keep playing over the Xmas period.

I’ve been taking it easy this past week with the gaming. As I promised myself and all of you in previous “GR Plays” articles, I’ve started playing all the Spider-Man games I own, the very same ones I discussed in my recent feature articles. I finished the first two PS1 games, Spider-Man and Spider-Man 2 Enter: Electro, which haven’t aged too well, as I expected, but I still had fun with them.

Back in the day, I could easily get through the first game in a day or two, and since it was so short I would play through the campaign multiple times in a week. Spider-Man 2 Enter: Electro was never as enjoyable as the first game, in fact a couple of the missions were repetitive and frustrating, but I still liked it well enough. If the teen version of myself travelled back in time and found out it took me a whole week to finish both these games, he’d be very disappointed. My guess is he’d be even more disappointed in me this coming week since I’ll likely have less time to play the next batch of Spidey games due to the holidays. Still, I’m looking forward to getting into the rest of the Spidey games in the coming weeks. Happy holidays, fellow gamers.

This week I decided to have a crack at the Sparrow racing on Destiny, which are unfortunately ships not birds. It was great fun until I seemed to become public enemy number one. It’s as if on the starting grid everyone looks at me and thinks, that’s the guy I’m going to mess up. Now this isn’t to say I’ve lost every game it has just made racing much more annoying. To the extent when I’m constantly being rammed into a wall, at one point someone sacrificed themselves and took me on an adventure to the other end of the map. One problem I have found is that I try and treat it like F1 which doesn’t work, apart from the blaring differences it still doesn’t feel as satisfying as having a grounded vehicle. The new Sparrows look cool but every time I see them I just think of the Speeder from Star Wars. This isn’t a bad thing but I’d prefer one that matches their colour scheme, or would copyright have too much to say about that? 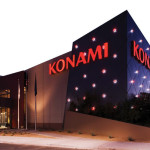 How Konami can get me to drop my boycott 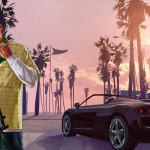 Is Liberty City heading to GTA V as Single-player DLC?