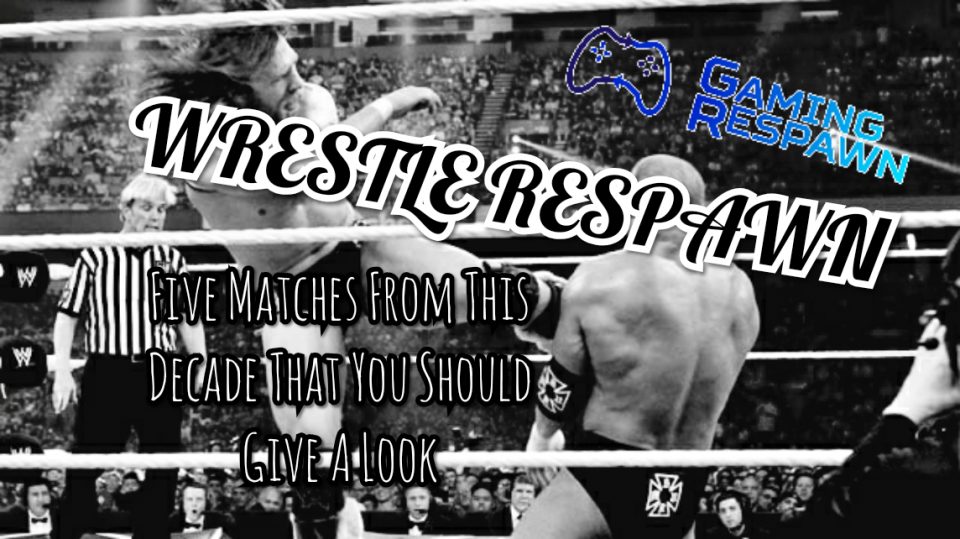 2010-2019 was a decade that featured some darn fine professional wrestling from all over the grappling world. Not only did big guns WWE and New Japan Pro Wrestling produce some hot stuff but independent companies like PROGRESS also brought plenty of great bouts to the table.

Considering how many great matches there were, I thought I’d point out five of them that I thought were particularly great and well worth your time. By no means are these the only five matches from the decade that you should seek out, but they are five matches that I personally really enjoyed and would recommend to others. 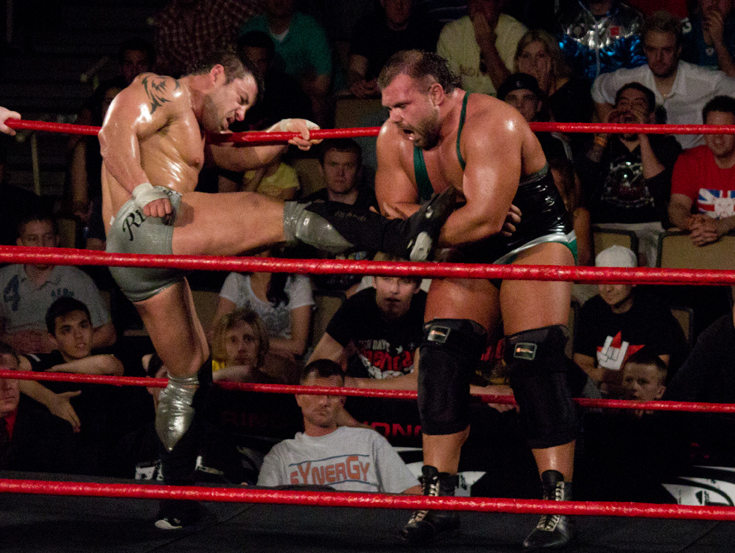 This is one of those matches that I think often gets overlooked over when great matches from the decade get brought up, maybe because it happened so early on. However, it is well worth seeking out if you’ve never seen it, as it is an intense war that turns Elgin (At the time essentially just a heavy for the “House of Truth” stable) into a genuine star in ROH almost overnight.

The premise of the match is quite simple. Michael Elgin’s nickname is “Unbreakable”, and that’s exactly what he is in this bout. Richards empties his arsenal trying to put the upstart away, but Elgin just keeps coming and this causes the Florida crowd to lose their minds. It’s not just them either, as commentator Nigel McGuinness loses his mind along with them, yelping at the vicious attacks and just putting the whole thing over like a really big deal.

One bit that always gets me is that Richards at one point hits Elgin with a move known as “The Shining Wizard”, which is essentially a knee straight to the head to a kneeling opponent. Elgin not only kicks out of the resulting pin fall attempt at one, but he also stares a hole in Richards whilst still on his knees and spits at him defiantly as the crowd yells uproariously.

This is a hard hitting contest that tells a great story and both men deliver the goods (and then some!) 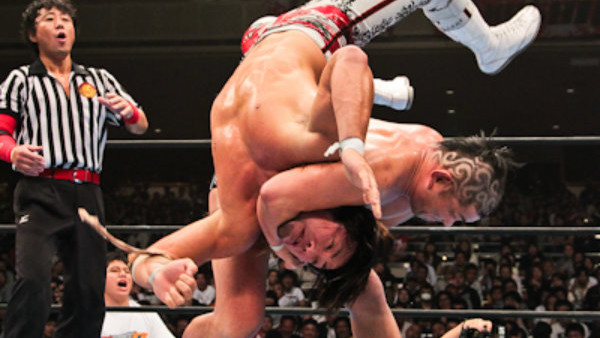 I have vivid memories of watching this one on Christmas Eve of 2012 as I was lucky enough to find that someone had uploaded it to YouTube (This was before the days of New Japan World, NJPW’s streaming service) and I wiled away a super quiet day at work by watching it on mute. Even with the sound off I could tell that it was a great match, thanks to the incredible fashion expressions and selling of both combatants.

This was a generational battle in some ways, as Suzuki came up in the 80’s working for “shoot style” companies like UWF and Pancrase, whilst Tanahashi was classically trained at the New Japan Dojo and was bringing in a new era of Japanese wrestling. The contempt with which the grizzled Suzuki views the younger and more flamboyant Tanahashi is blatant, and he goes out of his way to try and hurt “The Ace” anyway he can.

However, Tanahashi proves he is more than just a pretty face by refusing to stay down and eventually doing a serious number on Suzuki’s legs to dispell the myth that he’s a pretty boy pro wrestler who can’t hold his own in a fighting with a man like Suzuki. This match not only has excellent in-ring action but it also has a really good story and is definitely a match you need to check out if you’re a new viewer to NJPW and want to see why both men are so highly regarded. 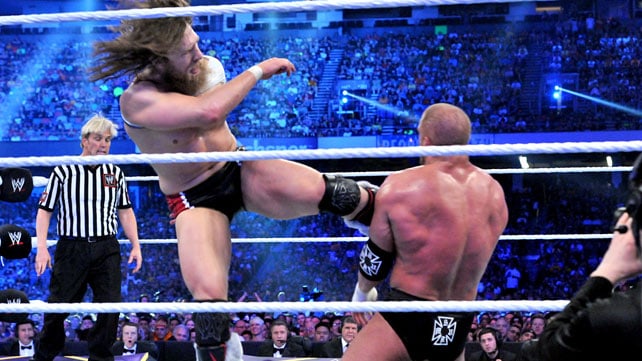 This is not only a great performance from Daniel Bryan, as he turns WrestleMania into “YESleMania”, but it’s also probably the last truly great performance from Triple H. Sadly after this the culmination of a careers worth of injuries slowed Triple H down to the point that a performance like this was beyond him, but for one last night he was still able to turn it on here.

This match is another that tells a great story, as Triple H is the insufferable bully who tries to put a hurting on his smaller opponent, but Bryan refuses to go quietly into the night and the end result is a thrilling contest as Bryan battles the odds to earn himself a WWE Title shot later in the evening.

There are so many bits of this match that I love, with some of them being so simple but effective at the same time. At one stage, Triple just starts dropping knee after knee to Bryan’s face to break his way out of Bryan’s LaBelle Lock submission hold. It’s brutal, primal and feels authentic in a way that WWE matches sometimes just don’t. This one is an absolute classic and would probably be my personal pick as the best WrestleMania bout of the entire decade. 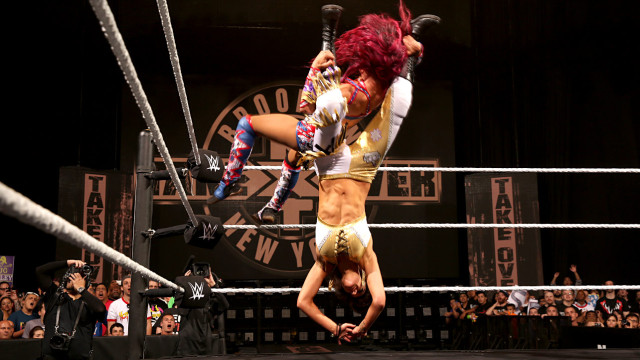 I’m still kind of amazed that NXT is even a thing, as it seems to exist in it’s own unique universe separate from WWE, and thus it’s able to get away with the sort of traditional pro wrestling storytelling that the main roster WWE product doesn’t. The story in particular here was that Bayley was the odd one out of the Four NXT “Horsewomen”, in that she had been left on NXT whilst the other three of Charlotte Flair, Sasha Banks and Becky Lynch had been recruited to the main roster. Thus she felt she had something to prove here as she still hadn’t managed to win the “big one” during her time in NXT.

The resulting match is fantastic, as Bayley has to overcome her self-doubt to finally defeat the much more confident and brazen Banks. Both women push themselves to the limit here and the crowd is with them every step of the way, as the match builds to a crescendo of near falls and big moves. Considering that about a year or so prior to this women’s wrestling in the WWE wasn’t treated with anywhere close to the same level of importance, this match was seemingly the full stop on the first chapter of WWE’s much vaunted “Women’s Evolution”. 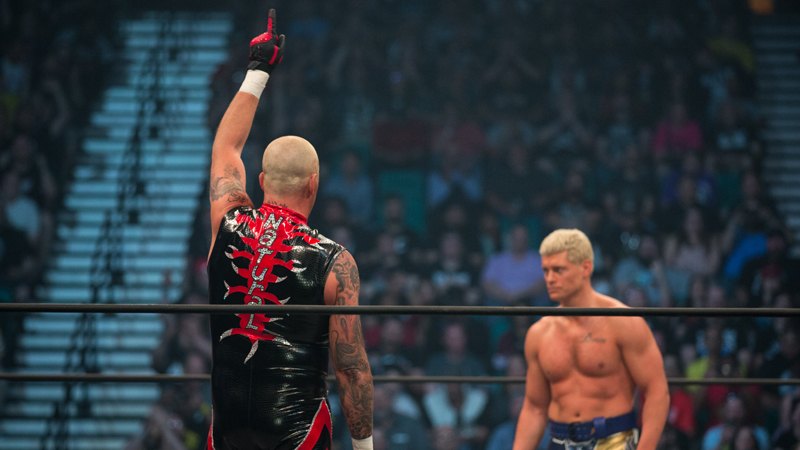 We close out the list with a match from the newest company on it, as All Elite Wrestling only really came to life at the tail end of the decade. There have been plenty of great matches since the company was formed, but this would certainly be my own personal favourite, as the two Rhodes brothers went at it in an old school styled classic.

I’d be lying if I said the absolute gusher of a crimson mask that adorns Dustin doesn’t play a part in making this match feel so special, because it certainly does, but the match itself tells a great story of two brothers from different generations coming together to put on a classic with their legendary father Dusty Rhodes weighing on both of their minds.

Both men are superb in their roles here, but special mention has to go to Dustin Rhodes who pushes himself beyond his limits to seemingly set the clock back and deliver one of his finest performances. This match is a really emotional battle and would be a great way to acquaint yourself with the AEW product if you’ve ever wanted to give it a try. 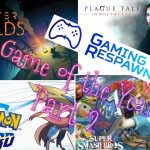 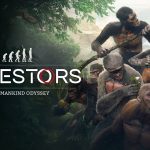