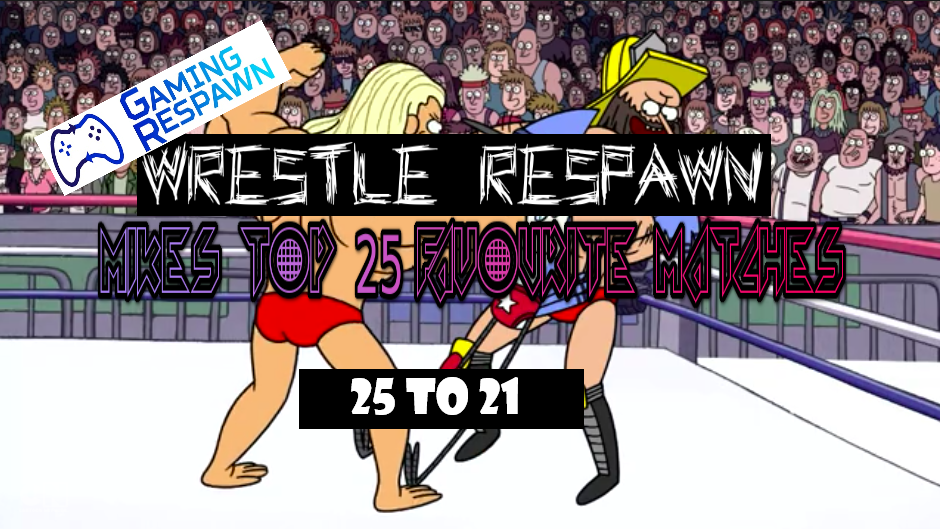 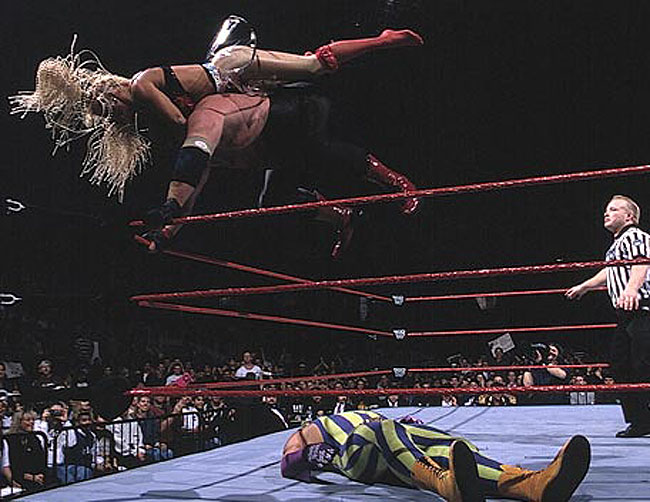 This one makes the list because this particular event was the first time I had ever watched a wrestling show in full, so this bout will always have a special place in my heart as a result as it was the opening contest. Prior to watching this event I had been aware of pro-wrestling and had occasionally caught it on ITV in the 90’s when WCW had been on the channel, but who the wrestlers were and what a wrestling event actually constituted were still unknown to me.

This match is your typical opener, with the heel Goldust getting a bit of heat on Vader before the big man from the Rocky Mountains squishes him to pick up the victory. It’s not an especially wild or complicated match to digest, but it very quickly let me know what I was getting myself into and I was instantly hooked. The sad passing of Vader, as well as Goldust’s valet Luna, has made this match carry more of a sombre note for me these days. The finishing spot of Vader doing his signature “Pump Splash” whilst Luna rides on his back is an image I’ll never forget, and it was probably the exact moment where younger men though “Yup, I’ll watch more of this alright!”

Everyone has to get their start in the wacky world of wrestling fandom somehow, and this was how I got mine. Thanks to all three parties for their efforts. Without them hooking me the first time out who knows if I’d even be typing this right now. 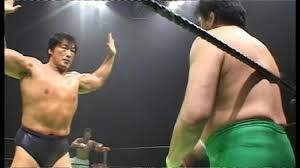 This one makes the list because I was lucky enough to be in the Coventry Sky Dome to witness it live. Truth be told, Japanese legends Misawa and Kobashi were past their primes by the time I was able to see them live, but even though their physical peaks had passed the two men still had the type of star aura that many younger wrestlers could only wish for.

As a result this match has buckets of drama and I was utterly engrossed. European Navigation is still one of my personal favourite shows that I’ve attended, with an excellent bout on the under card of Bryan Danielson and Eddie Edwards Vs KENTA and Taiji Ishimori being the best pure wrestling match on the show itself.

However, as good as that match surely is, nothing can touch the emotional connection that the main event had on me. Kenta Kobashi is in the discussion when it comes to my favourite wrestler ever, and I’ve always admired Misawa, so getting to see them both live in a main event was something I’ll always treasure, especially as Kobashi’s retirement and Misawa’s tragic death means I’ll never get the chance to see either one of them wrestle in person ever again. 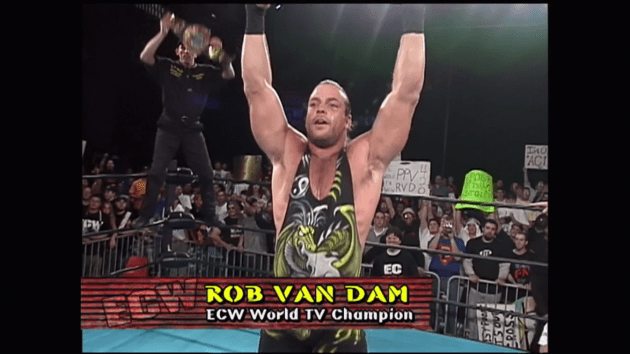 Rob Van Dam and Jerry Lynn had numerous fantastic matches with one another, but this one would be my personal pick of the litter. Lynn spends the majority of his match selling his mid-section due to an attack from Justin Credible and Lance Storm, and he sells the injury spectacularly. This gives the match a different feel to the previous battles between the two, with the bout changed from an athletic contest to see who is superior to a desperate struggle for Lynn to try and win the bout before his body finally gives out on him.

The ECW Arena crowd is with the action and almost has a collective heart attack on more than one occasion as Lynn almost manages to put RVD away. It’s a real emotional rollercoaster, with both men entering strong performances. I always enjoyed watching ECW back in the day and this rivalry was a big part of why, so it’s only right that one of the battles between the two make this list. 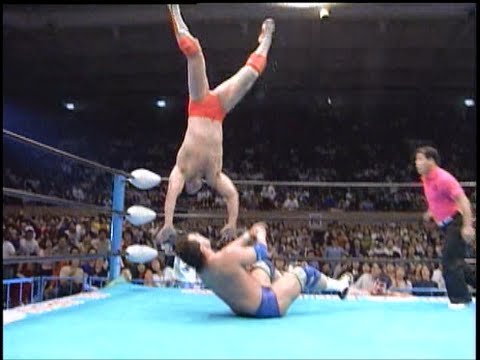 My first real journey into watching Japanese wrestling tapes came when I picked up a four volume compilation of All Japan Pro Wrestling matches from the 90’s. All Japan was always known for being a company that delivered some excellent in-ring action, and this match very quickly caught my attention. Furnas and Kroffat had first come to my attention during their time working in both the WWF and ECW, and in both of those companies they’d kind of just been “there”. There had been the odd good match or moment, but mostly they had been near the middle of the pack and hadn’t done much to separate themselves from everyone else.

However, in Japan the team had enjoyed a reasonable push up the card and had been allowed to show off the fullest extent of their wrestling prowess, which meant that classics like this bout were able to happen. Many things about this match are great, but the two biggest reasons it holds such a warm place in my heart are the exceptional display from Kikuchi as the gutsy underdog refusing to give up and the absolutely molten hot crowd who go nuts for pretty much everything. Honestly the crowd reactions in this one are off the freaking chain!

Combining the hot crowd with the exemplary wrestling from all four men makes this match an absolute hoot to watch and I loved going back to watch it again in preparation for this feature. I’d recommend this to anyone who has never really watched any All Japan from this period but who wants to give it a try, as it’s chockfull of action from bell to bell and the crowd makes it nigh on impossible not to get jazzed by what’s going on in the ring. 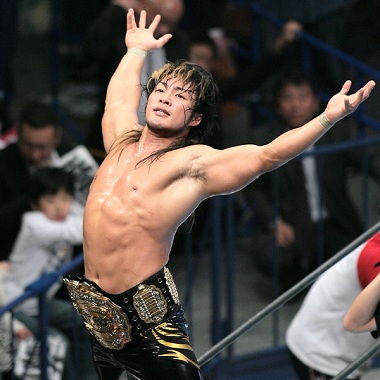 This match proved to be quite important for me, as it played a big role in finally getting me back into New Japan after favouring NOAH for most of the 00’s, but it also got me fully on board with the idea that Tanahashi was indeed “The Ace” of New Japan. Prior to that point I’d liked Tanahashi and always rooted for him over his rival Shinsuke Nakamura, but this was the match where it really became clear to be that Tana wasn’t just a great wrestler, he was the man who has surpassed everyone else to claim the top spot for his own.

Mutoh has been someone whose work I have long admired, and his victory over Nakamura to claim the IWGP Title had been somewhat cathartic for me because I just did not like Nakamura at all back then, so the fact he showed up to the Tokyo Dome to put Tana over and essentially give him his seal of approval meant a lot to me as a fan. The match itself is supremely well worked, as Tana shows that he has grown as a competitor to the stage that he can now take on an all-time legend in the sport and best him in the main event of the biggest show of the year.

There’s plenty of patient mat work, as was the trademark of Mutoh when he slowed down his in-ring style a bit at the turn of the new millennium to accommodate his laundry list of injuries. The match then moves on to Tana taking a book out of the veteran’s book, by working over Mutoh’s leg. Part of Mutoh’s evolution to accommodate his injuries was that he would spend far more time working over his opponents’ legs in order to set them up nicely for his Shining Wizard knee to the face attack, so to see Tana try to beat him at his own game is another example of how Tana wants to surpass the legends that came before him.

Mutoh of course ends up giving back just as much as he gets, showing Tana that age is but a number, and it all builds up to a satisfying conclusion as The Ace takes a limping step to his own legendary status. If seeing guys destroy each other’s legs in a fight isn’t your thing then your own mileage may vary, but I personally love this match and I have a strong emotional attachment due to seeing “my guy” finally get to where I felt he deserved to be.

Thanks for joining me on this journey. Hopefully I’ll see you all next week when I cover matches 20 to 16! 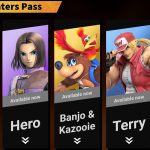 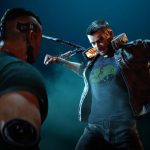