Call of Duty’s next iteration, Call of Duty: Black Ops- Cold War, needs to build on the progress made in Modern Warfare.

Call of Duty: Modern Warfare, on the whole, has been a pretty excellent multiplayer experience. With regular updates and playlist changes to both standard multiplayer and Warzone helping to keep the game fresh, coupled with COD’s iconic fast-paced gameplay, Modern Warfare has been a monumental success.

This skill-based system creates a very frustrating conundrum; any small improvement in your play means your lobbies can get far harder. Any sense of progress that you had will slowly dissipate as your results worsen.

This results in a frustrating situation as the better you get at the game, it immediately gets harder to succeed, never letting you consolidate your new level and giving you the feeling that you have actually gotten worse at the game…even though you are better.

This can be very demoralising for most players, and I am sure that many COD player has given up with Modern Warfare due to this system.

COD at its core is a casual game and should most certainly not feel like a grind. Unfortunately, as all the game’s lobbies are so evenly matched, to win a game you have to try all of the dirty tricks and employ all of the cheesiest tactics in every single lobby.

Although Modern Warfare’s gameplay is very enjoyable, when each game feels like the final of a pro tournament, the game tends to not feel quite so much fun.

In my eyes, the solution is pretty simple.

Integrate casual lobbies with no SBMM and also create a ranked system.

This will give players the best of both worlds: casual lobbies in which to have fun and practise their skills without a competitive edge and a ranked mode to push themselves to the limits and search for measured progression.

This, in combination with the same level of dedication to updating both the game and its servers, could make Call of Duty: Black Ops- Cold War a truly special game. 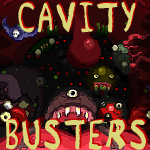 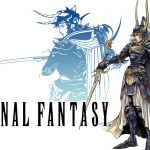