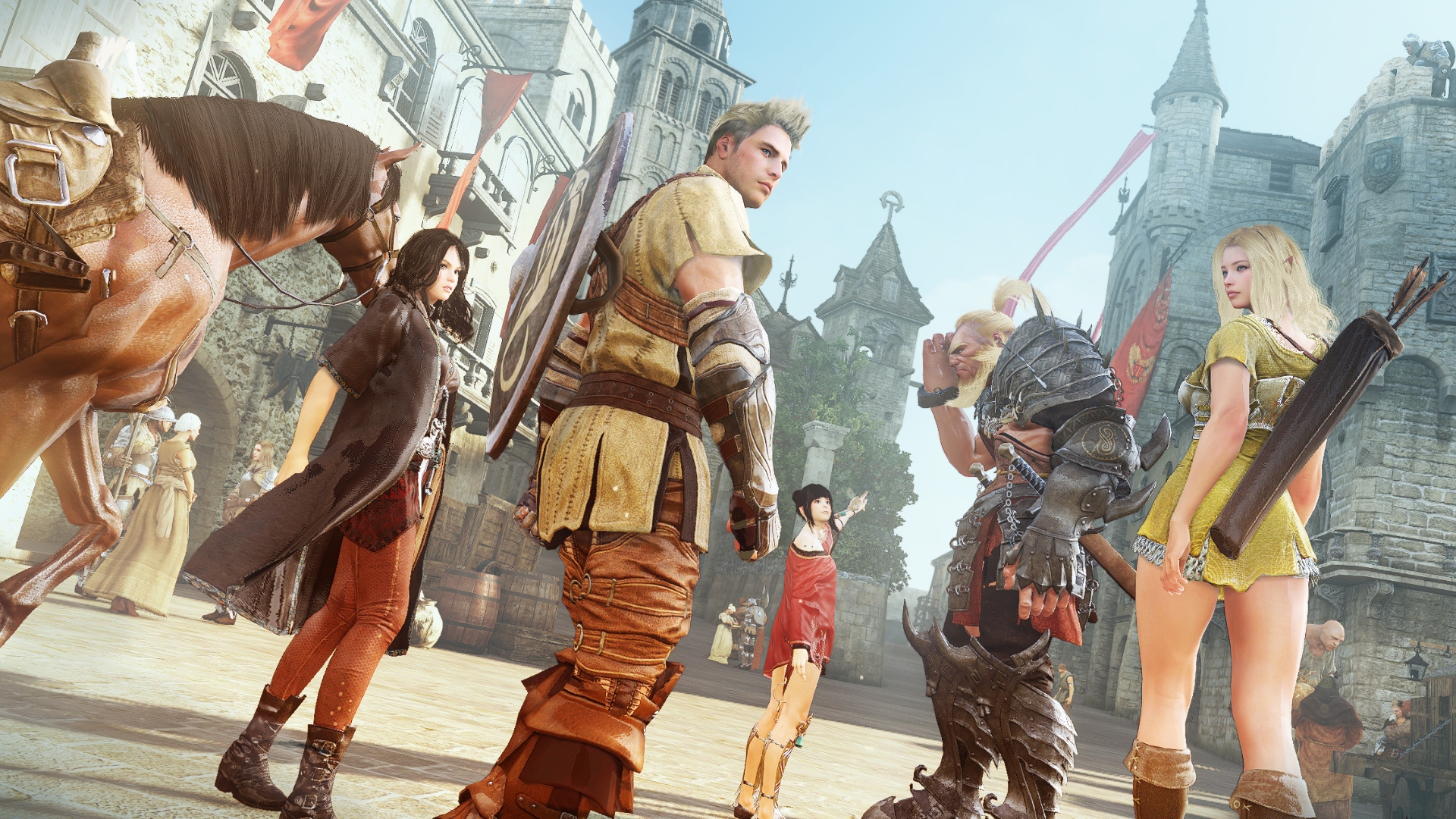 Last week we saw the release of Pearl Abyss’s Korean MMO Black Desert Online. So I’m here to tell you why I think you should give this MMO a try and what sets it apart from the countless many other MMOs already on the market. As we all know, the MMO market is quite saturated now with the likes of World of Warcraft, Wildstar, Star Wars: The Old Republic, and many more. MMOs that come out nowadays need to really shine to set themselves apart from all the others and make names for themselves.

Black Desert has already made a name for itself in Korea in 2014, and in 2015 the MMO expanded to Japan and Russia, then in 2016 to North America and Europe. In Korea and Russia it used a Free to Play model, but with such popular demand they decided that North America and Europe will have a Buy to Play model. The Buy to Play model in NA and Europe costs €29.99 for the Travelers pack and €49.99 For the Explorer’s Package, but once you own the game it’s totally free to play, very similarly to NCSoft’s Guild Wars 1 & 2. Pearl Abyss uses an in game cash store called the Pearl Store where you can buy items such as costumes and XP scrolls etc., much like Star Wars: TOR‘s in-game store.

Black Desert Online is one beautiful game. The graphics on this MMO can rival the likes of The Witcher 3. With its beautiful colors and textures, this MMO sets itself apart simply by its looks. With its lush valleys and cities, you could spend all day looking and exploring, and I have done just that myself. To get distracted by scenery in a game and forget about what I was doing takes something special. 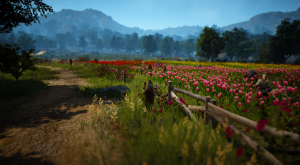 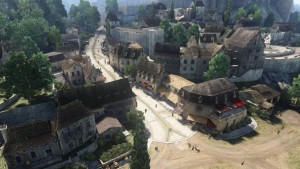 Now in most MMOs, this is what you first encounter. This is what makes or breaks a game sometimes. Black Desert has to have the most integrated and best character creator on the MMO market to date. I’ve seen countless creations of real life people on this like Emma Watson and Michael Jackson, and even other video game characters like Geralt of Rivia. It’s certainly impressive, that’s for sure. 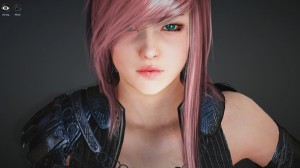 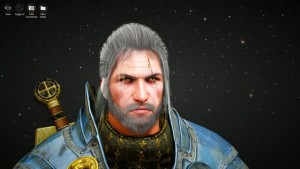 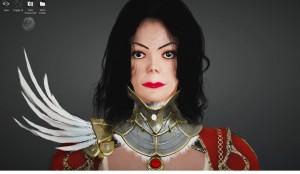 Yes, the defining matter in any MMO, combat. In every MMO, this is what sucks you in, it’s what you will be doing from start to finish. Black Desert Online uses a combo style of combat, similar to the likes of Age of Conan and the newly released Blade and Soul. You can either use the traditional style MMO hot bar 0-9 where pressing the appropriate key triggers the skill, or the combo style where assigned keys trigger the skill. This is the style Black Abyss try to promote as it is slightly quicker in PvP and PvE to use this style. It is a very rewarding type of combat system, and if you can pull off a particular combo, you sit there in awe of yourself as your character is pulling off these moves.

Just like EVE Online, this game runs as a sandbox style MMO. You are free to do whatever you want in the ‘End Game’, now the reason I say ‘End Game’ is because unlike most MMOs, Black Desert doesn’t have a max level, you can level and level and level… I think you get the point? Anyhow, you can be whatever you want. Do you want to travel across the land trading luxury goods? Well, it rewards you for that; the further away you take an item from where you bought it from, the more it sells for. Of course, with trading comes bandits, and not just NPC bandits, you can plunder these traders and take the wares for yourself or your fellow bandits and share the loot. So many countless possibilities: Farmer, Fisher, Explorer, Trader, Bandit, the choice is yours. 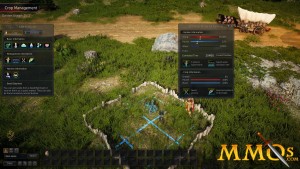 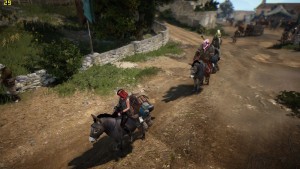 Now I know it’s weird to promote a game on its map, but it’s worth mentioning in Black Desert because it’s a map you will make a lot of use out of. I say this because not only is it beautiful to look at, but you will use it for crafting, trading, exploring, anything really. Black Desert uses points called nodes. These nodes are used to connect together to create your ‘Empire’ as you will. These nodes can be invested in for your workers to access to farm or mine, giving you income in the kind of raw production. It even tells you the weather in a location. 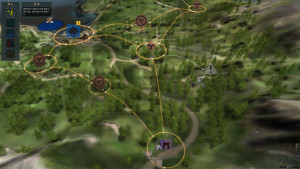 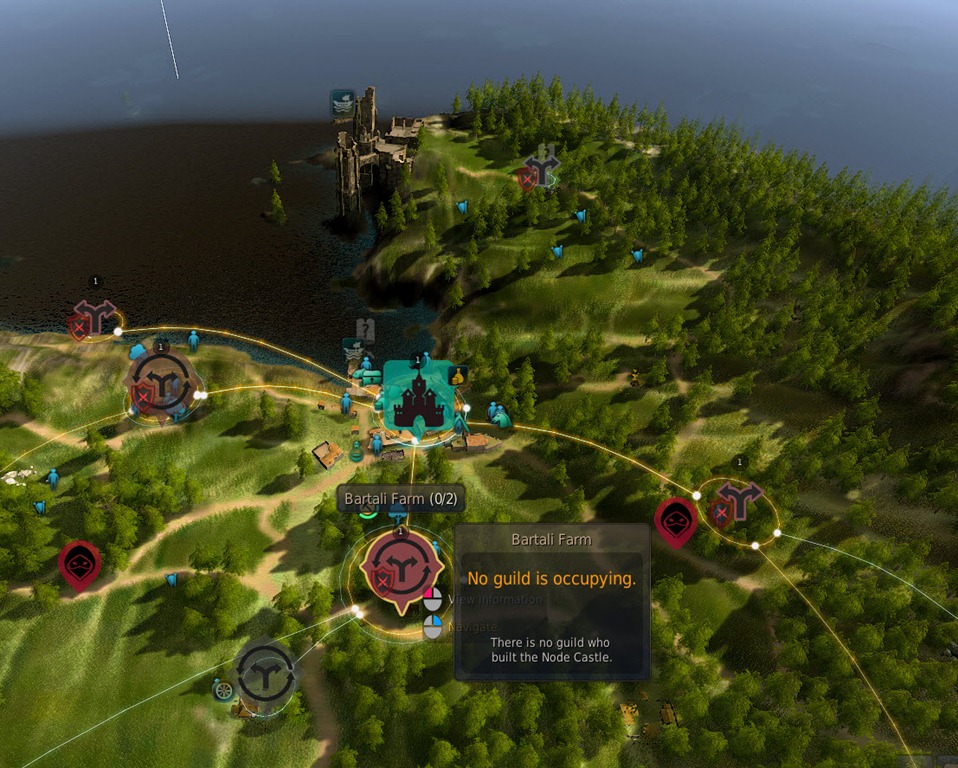 The crafting system, like in all MMOs they usually have some sort of crafting system. Black Desert‘s is complicated to say the least. As mentioned above about the map, you invest in the nodes and send workers who then produce raw materials, copper ore, etc. You can then refine that into melted copper, then into copper ingots which then can be made into a weapon, but then the weapon uses a bit of wood, so you then go chop some trees for the wood. Everything in Black Desert can be gathered from your surroundings. Mining, chopping, fishing, farming, cooking, alchemy. All gathered from your surroundings. The crafting system is so deep it can keep you occupied for hours. 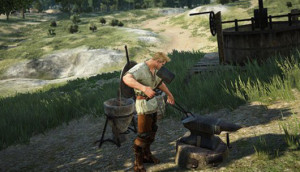 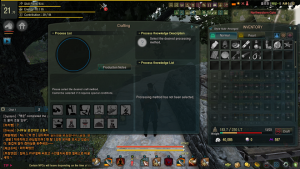 The End Game of Black Desert revolves around PvP, pretty much. Each guild can occupy certain parts of a map like castles. These offer bonuses to that occupier, but also lead to other guilds wanting them. To take the opposing castles comes in the form of sieges, similar to Guild Wars 2‘s WvW, players can craft siege weapons to siege the opposing castle. The attacking guild must build siege camps before they are permitted to attack. This could lead to interesting scenarios in Black Desert, if you want you could hire the services of other guilds who offer their services for attacking, or this could lead to deceit in which the mercenaries could turn on you mid-battle as they were offered more money from the defender, who knows? 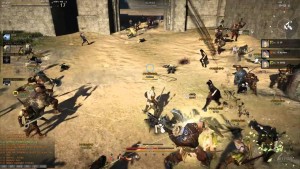 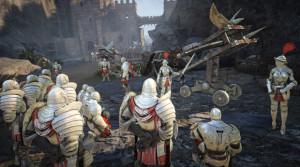 Black Desert features 8 different classes, all of which are great fun. You have the Warrior, a shield bearing and armour clad hunk. The Berserker, a giant nutter who dual wields axes and likes to spin a lot. The Witch and the Wizard are both casters who deal out a ton of elemental damage. The Ranger, who dances about igniting the screen with arrows. The Tamer, with fast attacking rogue-esque style combat with a pet wolf. The Valkyrie, an armor clad heroine who buffs and heals allies. The Sorceress, who deals massive amounts of black magic-based damage in seconds.

All in all, I believe Black Desert is a very strong contender in the MMO market; albeit full, I believe there is room for one more, and Black Desert fits that spot just perfectly. Its lush environment and graphics, as well as its sandbox style, keeps you wanting more and more. Black Desert has already been out in Korea for over 2 years and has seen its first expansion, already proving to be popular, which means content is already being released and it’s just a matter of time before it heads over to NA and Europe.

For more information on Black Desert head over to https://www.blackdesertonline.com/ 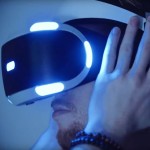 Sony Says The Time Is Now For VR