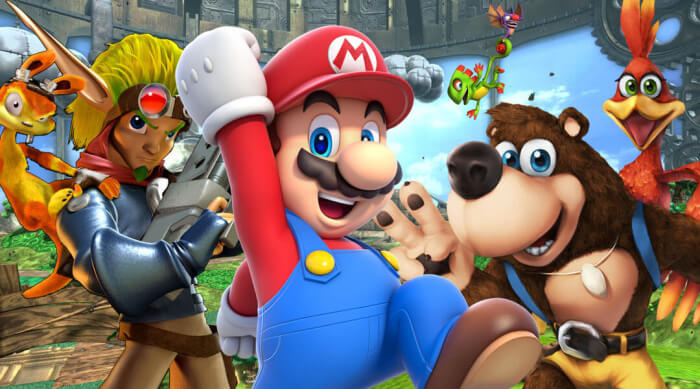 Hello, hello, hello and welcome my amazing audience. I am glad to present a quite interesting instalment of “GenreQuest” ahead of next week’s ‘Crash-straviganza’ which promises to cause me no end of emotional torment… so. you know, look forward to that. 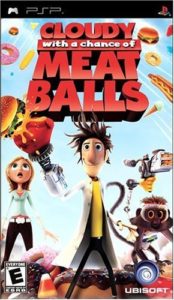 Cloudy With a Chance of Meatballs

So, we begin this week with a movie tie-in game, which usually wouldn’t bode well for the week, but I am surprised to say that this game isn’t really all that bad. I should probably start, however, by saying that I am using the PSP version of this game, partially because we’ve not had any PSP games on the list yet, and partially because it was the cheapest and easiest version of the game to acquire.

The game is based on the movie of the same name and follows the story of Flint Lockwood, a scientist who has invented a machine that generates infinite food. However, the machine goes awry as it flies into the sky and begins to rain food down onto the town, and you must go out into the town to clean up your mess.

The game has a classic platformer structure, being split into worlds with 5 levels each, and you have to complete four levels to unlock the final level before you move on to the next world. Each level sees you using different gadgets to complete certain objectives, be that rescuing children from living ice-cream monsters or destroying a certain amount of evil broccoli.

Control-wise the game functions quite well, although there are a few niggling little doubts, the main one being that the movement speed is very slow. Another weird decision, but not necessarily a bad one, is having a context sensitive jump button. This means that you can only jump when you reach ledges or jump pads; again, this isn’t a bad idea, it just seems a little pointless when jumping anywhere else wouldn’t have broken the game, and it makes the jumping less of a challenge because the game has to tell you when to do it.

Graphically the game is very basic, but not bad. It manages to make most of the characters look like they did in the film, and the colour palette is very nice and vibrant. Between levels and in some cut scenes the game takes on an old school 16-bit style, which works really well and looks great considering it’s in a game that is fully 3D rendered.

An interesting note about the sound effects is that when you use a gadget the main character has a one liner. These can get a bit annoying at times, but it is hilarious that a few of these quips sound a lot like he is swearing. Other than that the music is pretty standard, but it’s nice that the voice actors were brought in to reprise their roles.

Overall: A movie tie-in that doesn’t live up to the negative reputation usually reserved for such titles. Worth picking up if you enjoyed the movie and you want some fun on the go. 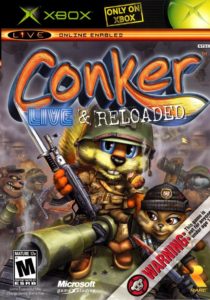 Today you guys get a 2-for-1, I am bunching Conker’s Bad Fur Day and Conker: Live and Reloaded into the same space here. I am doing this because they’re basically the same game with minor variations, and partially because although the list only really talks about Bad Fur Day, Live and Reloaded is much cheaper….so sue me.

Conker’s Bad Fur Day follows the story of a drunken squirrel named Conker who ends up accidentally going on a crazy adventure after a night of heavy drinking. Throughout the adventure you come across giant piles of excrement, big tittied flowers, anti-gravity chocolate (yes, that’s actually canon, not just a health power up), and bees wielding heavy munitions.

The gameplay is mostly fun and smooth, Conker moves very responsively to every touch of the control stick. The main issue I found is that in both versions Conker sometimes has an issue responding to the buttons, meaning that sometimes you can fall off a ledge before you have a chance to jump over it.

The truth of the matter is, however, that the gameplay is the entirely wrong reason to be playing this game, not that it’s bad as I say. The true reason everyone should play the game is its humour, it is truly funny, and a large part of that for me is the fact that there are lots of adult jokes set in a children’s cartoon style world. The first time you hear a bleeped swear word it brings a laugh to your lips based on pure shock, but you find that as the game progresses the sense of humour becomes dark, childish, and somehow more sardonic than anything else you’ll have ever experienced.

The game’s visual style is reminiscent of lots of children’s games of the N64 era, and that is almost certainly deliberate. Although the game has a decent aesthetic style to it, the true work seems to have been done to the music and sound effects. There are a lot of sound effects that seem to have been lifted directly from kids cartoons, and the music is some of the best that you’re likely to hear from a video game.

Overall: A true gem of the N64 era and a game whose humour and style alone make it worth picking up. The remake only builds on the success of the first game and I can think of no real reason why you wouldn’t want to play these games.

This game is truly something to behold. Its visual style and musical design is stunning, and the game just feels good to play, something that a surprising amount of games fail at. All of this should be considered alongside the fact that this game comes to us from an independent developer and seems to have been created with an insane amount of polish.

The story concerns a little girl named Didi and her imaginary friend named Dawn. One night she sneaks out to see her mother singing at a local bar and discovers her estranged father having an argument with her mother in a back room, sparking domestic conflict, scheming, and one amazing circus.

The controls are really smooth, and it just feels good to jump and run around the various environments. Other than moving around, you also have the ability to jump, a dash that sends you zooming forward, and the ability to melt onto a wall as a shadow. Although the 3D-2D gameplay thing has been done a lot, especially in more recent years, the way it works here is really good. Because the 2D version of the environment is based on shadow, you can manipulate it using light, creating paths for you to climb along or removing obstacles; again, nothing new, but it’s just done really well.

The levels are huge and stuffed fit to bursting with lots of things to collect, both for gameplay reasons and simply to help fill out the world. You collect things called Luminaries which can help you power certain devices, as well as ‘collectables’ that either tell you part of the story or fill out details about the world and characters. I must admit that I searched each new area thoroughly just because I was interested in finding out about the characters, especially the central family drama that the game focuses on.

The game looks really good too, the graphics are all very smooth and cartoonish, it’s almost cel-shaded by the look of it. The city that you’re exploring has the style of 1930s Chicago, and the music fits with that style too, primarily consisting of jazz of varying kinds, although some more ‘Parisian’ style music is thrown into the mix as well.

Having said all of that, there are a few issues, as there are likely to be in any game. Some of the jumping challenges feel a little cheap in places  and more than once I had to restart a level because two intractable objects got too close together and I couldn’t separate the two to complete the rest of the level. Having said that, the option to return to your last save point is present, so at least you don’t have to try and kill yourself just to get back to where you were.

On one final note, this game was created by the dev behind the upcoming procedural stealth/survival game We Happy Few, so that’s somethin’…right?

Overall: A truly stunning effort from an Indie dev, also a great addition to the genre that needs some serious attention from the community. Add to this the fact that the game is cheap and available on steam right now, you’ve really got no reason not to play it. 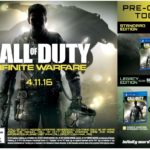 Call of Duty: Infinite Warfare Now All but Confirmed After Activision Trademark the Name 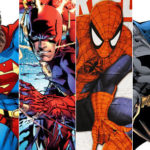 In My Head: Where Are the Superhero Games?