Soccer games used to be ten a penny in the Fifth Generation of gaming. These days you have FIFA and Pro Evolution and that’s pretty much it. Back in the 90’s though, we had soccer games (or football games as we called them in the UK, because you have to actually use your feet to play the game and we like to be a bit more literal sometimes over the pond) out the wazoo. It was a densely populated market but one series in particular was seen by footie aficionados as the real kingpin of the genre. This series was known as “Sensible World of Soccer”

I really can’t overstate to you how popular this series was to a generation of gamers. I was slightly too young in 1992 to play Sensible Soccer, or “Sensi” as its fans lovingly refer to it as, but I was very much aware of how popular it was once I got into both soccer and gaming. Indeed, there was a period in the 90’s where the line “this game is good, but not as good as Sensible Soccer” was a regular thing that you’d find in soccer game reviews. To look at Sensi through modern eyes it appears to be rather simplistic, but it’s so much more than what you get at face value. You have a vertical view of the pitch and the players are tiny specks. However, the gameplay on offer is top notch and, due to the fact that the game was made for PC, the teams and player names were fully editable. Thus, Sensi was one of the first games where you could take control of your favourite club team and players (Something we take for granted with the modern FIFA franchise)

It truly is amazing how beloved this game was amongst a certain age group of people. Even to this day if I’m at an away game and they’ve stuck us up in the God’s with a vertical view of the pitch, I will remark “This is just like Sensible Soccer” and will usually get a knowing nod from some of my fellow supporters. Considering how successful the game was, it’s no surprise that a lot of games that came after it tried to copy the elements that made it popular. International Victory Goal from SEGA Sports is very much one of those games.

Victory Goal was first released on the Saturn in early 1995 and was the first game in SEGA’s in-house “Worldwide Soccer” series. As the series progressed over the life of the console, it started to share more in common with Konami’s “ISS” series but Victory Goal certainly draws more from Sensi than it does from any other game. The game box happily boasts of “12 different 3D playing angles” but the default viewpoint is an eerily familiar vertical top down. You can choose three different levels of zoom and if you zoom the camera out as far as possible, it’s almost as if you’ve gone back in time to 1992 and bought an AMIGA.

The game itself is actually quite playable. It uses a basic three button system of pass, shoot and cross while in possession of the ball, and slide tackle, standing tackle and switch player for when the opposition has the ball. Goalkeepers can be controlled manually or automatically and there are three different ways to configure the controls, so hopefully at least one will be to your liking. Gameplay itself is relatively smooth and there are four different difficulty levels for you to test your skills. Goalkeepers alternate between being unstoppable brick walls with Velcro on their gloves to crumbling drywall with soft putty limbs, seemingly at will and without warning. That being said, I did enjoy playing the game but felt it needed some work before I’d be willing to give the gameplay higher praise. The game doesn’t include a sprint option of any kind and just generally feels like it was rushed.

Graphically, the game isn’t a world beater, even for the time it was made. It’s reasonably bright and the player sprites aren’t exceedingly ugly, but they’re hardly easy on the eyes either. The game looks quite rough around the edges to a modern eye. As far as in game sound goes, the matches have no commentary and music is played over the match upon kick off. I don’t know why, but I really didn’t like this. I don’t think there’s anything wrong with a game not including commentary, but I would prefer there not to be music playing over the actual football. I actually found it quite distracting and had to turn the sound off after a while of playing. In some ways, it reminded me a lot of Super Soccer on the SNES actually, although that game had much catchier tunes (Especially Argentina’s theme) and thus I was more inclined to give it a pass. I’m not prepared to do the same for Victory Goal.

It’s International! (Aside from the three continents we left out)

The game only has a paltry 12 teams to choose from, and some of them seem to have been selected almost at random. There are the usual sides you expect to be in a football game such as Brazil, Italy, Germany, England, Argentina, Holland, France and Spain. USA, Denmark, Belgium and Romania fill out the ranks. There are no African or Asian teams included in the game. Romania had only recently been one of the neutrals favourites at the 1994 World Cup, so I can understand their inclusion, but I really think the game could have done without them, Denmark and Belgium. I would have replaced those three sides with Nigeria, Australia and Japan respectively just so there was worldwide representation in the game. As the game is unlicensed, the player names for all of the teams have been changed to fake alternatives.

Being that the game only has 12 teams, it’s limited in the modes it can offer. There is your standard exhibition mode as well as World League, S League and Cup modes. S League differs from World League in that you only get to play every team once and whoever is top of the League after those 11 games is declared the champion. This of course leaves less room for error in comparison to World League, which lets you play every other side twice. Having only 11 games to win the league did make for an exciting challenge, because if you lose one game you may never recover. Playing as Italy, I lost to Germany mid-season and thought that was all she wrote, seeing as Brazil were out in front at the time. However, whereas Brazil lost their last fixture, I was able to emphatically defeat France 5-0 and win the league by a solitary point!

Enjoyable though that was, I had no real inclination to do it again with another team. There’s no real reward for completing any of the modes. There are no cut scenes where you see your team receiving a trophy and no secret unlockables to encourage you to complete every single mode of the game. A small graphic of your team’s flag comes onto the screen saying you’ve won and that’s about it. The game really has no longevity to it and no real reason to come back as far as single play experience goes. There is multiplayer for up to 4 players, but it won’t be long before you’ve picked every available side on offer. There’s also no option to edit player names, whereas there was in later games in the series.

Not bad for the price

Seeing as I was able to pick this up for literally 1 penny on Amazon, I was able to get my monies worth from it. However, I can’t imagine those who spent full price for this game back in 1995 felt the same. SEGA definitely made improvements to the Worldwide Soccer Series as it had more time to work on it. SEGA Worldwide Soccer 97’ was a superior playing experience with more teams, an edit function and also more modes. International Victory Goal just doesn’t have enough substance or enough of its own identity. It feels like SEGA trying to cash in on Sensible Soccer’s success but not really understanding what made that series successful in the first place. 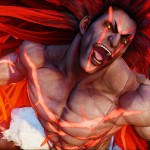