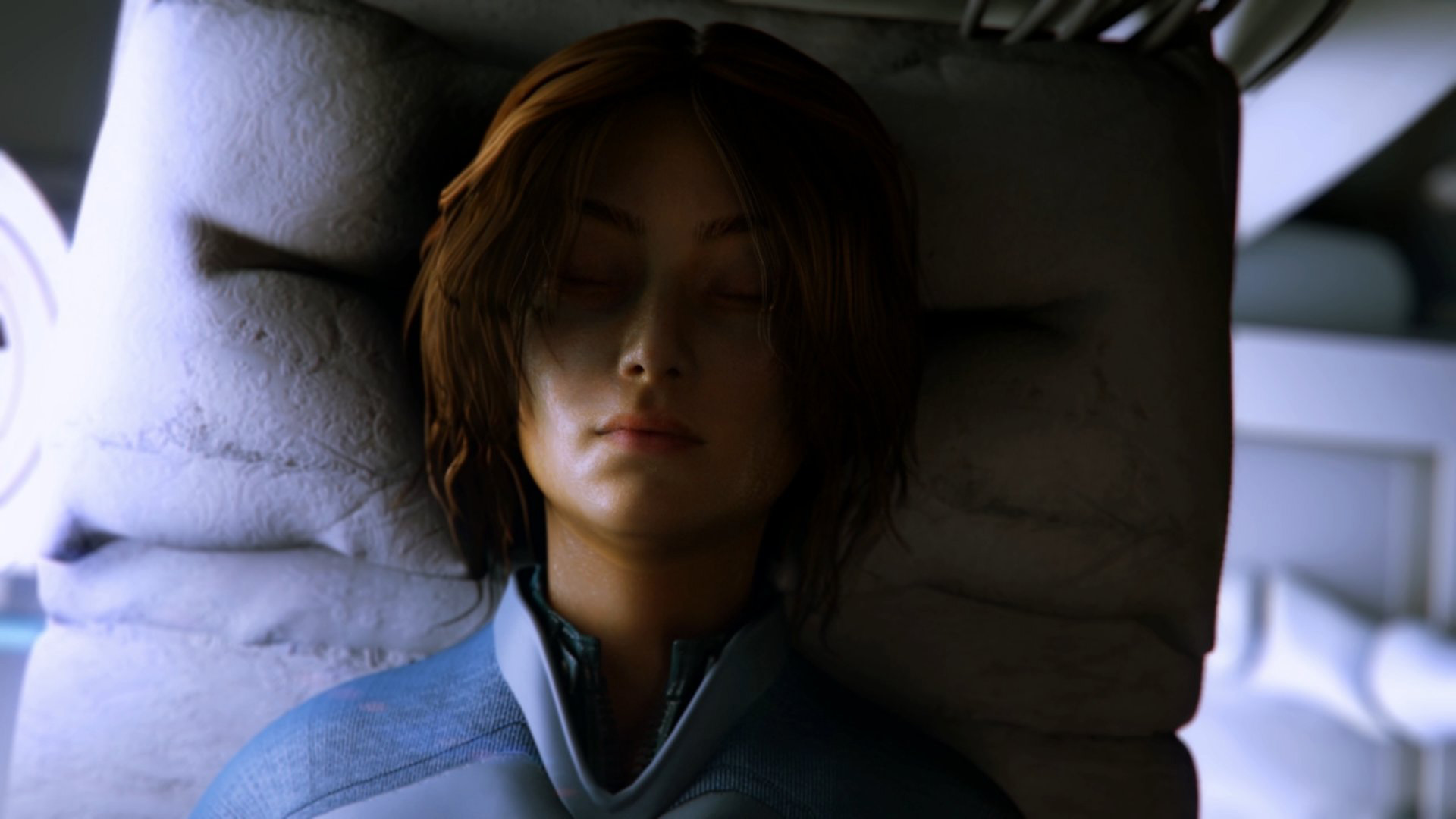 Always short of a few bob and looking for something a bit different, each week I scour the internet for fun, interesting or just plain curious Indie Freebies. Just the two games this week: CAYNE, a dark, atmospheric and professionally-made sci-fi point-and-click adventure; and Color Wave, a rather bonkers and fast-food obsessed first-person puzzle platformer. 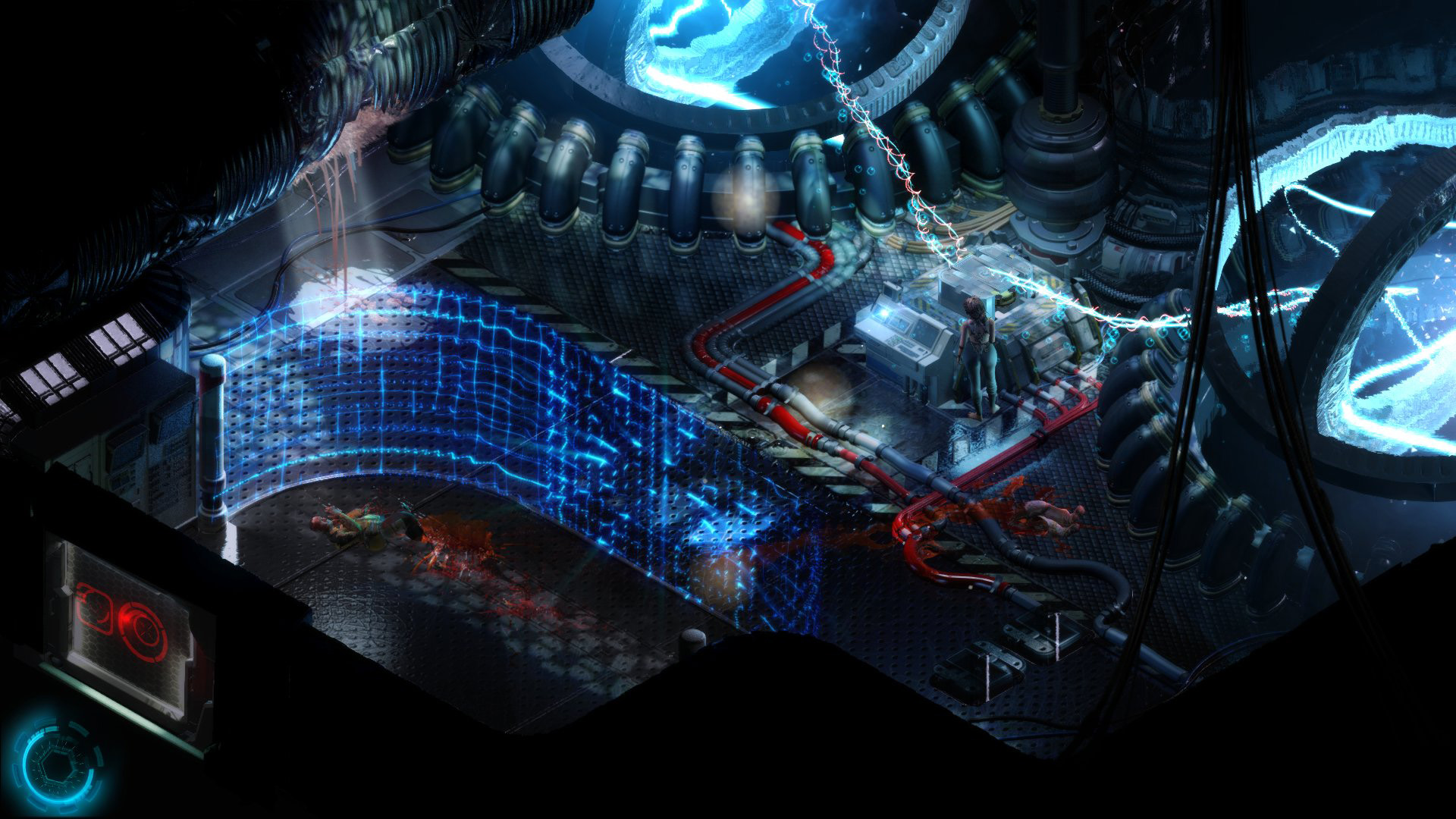 The internet is literally awash with free games, but there are not too many that can boast a 4GB install and around three to four hours of story- and puzzle-driven gameplay. Set in the same dark sci-fi universe as the retail game STATIS, CAYNE is an incredibly polished point-and-click adventure.

The story begins with protagonist Hadley undergoing an abortion in what seems like a nice clinic. Much to her horror, after going under for the procedure, she regains consciousness several months later, now very heavily pregnant and close to term. She’s strapped to a surgical table in a strange, squalid and sinister facility.

A menacing figure in a bulky Big Daddy-eseque metal suit stomps around the room, fiddling with some worryingly unfriendly-looking apparatus. A childish voice, playing on a loop, asks that you remain claim; it goes on to explain that you must be awake during the extraction procedure. “You might prefer to think of this as a bad dream”, she suggests, cold and distant.

It sounds pretty bleak and heavy going. And believe me, CAYNE certainly doesn’t shy way from the grisly or the sordid. Let’s just say that there has been a lot of weird and gruesome shit going on in this facility. But it’s all very comic bookish and not taking itself overly seriously; tongue-in-cheek humour is very much a part of the engrossing and well-written narrative. 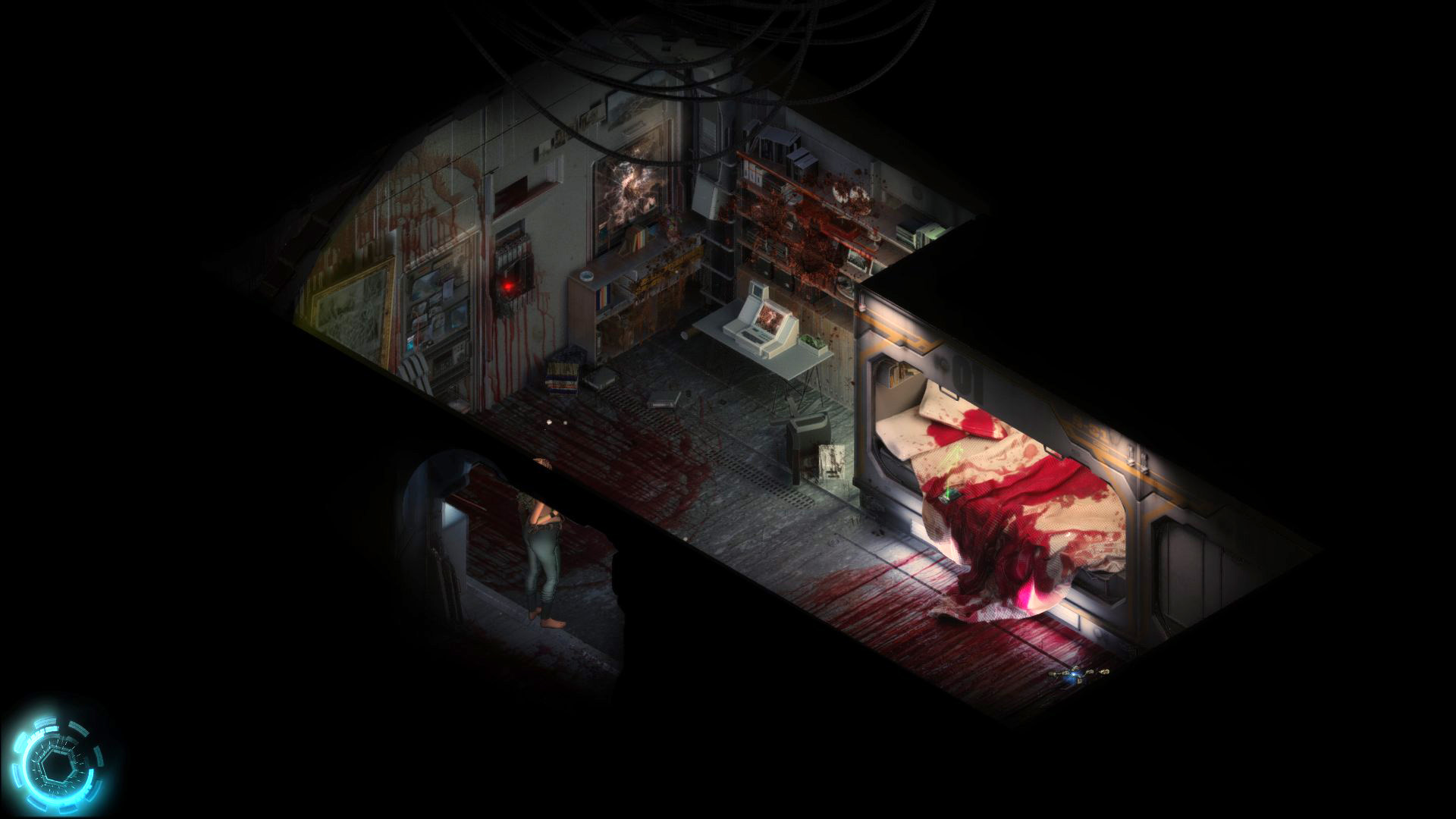 Hadley is amusingly sassy and sarcastic, and rather prone to mocking herself (i.e. you) for trying out things that don’t work. There’s a colourful ensemble of depraved and grotesquely comic characters to encounter both on and off screen. And it’s packed full of cheeky in-jokes and genre references.

The puzzles themselves are plentiful, varied and pleasingly old school. One or two of them do require something of a leap of imagination, but for the large part, the solutions are logical, and many of the answers and clues can be gleaned from reading PDAs, computer readouts and the entertainingly vivid descriptions of POIs. There are also a few hidden secrets to be found and some achievements to be unlocked.

Anyway, I thoroughly enjoyed it and it looks fantastic. The isometric visuals are fabulously detailed and atmospheric, the 3D animated cutscenes look great, and the sound design and voice acting are top notch.

CAYNE is available for Windows, Mac and Linux and can be downloaded from Steam for free here. If you enjoyed the game, you might also want to check out Beautiful Desolation from the same developers, which is currently seeking funding over on Kickstarter. 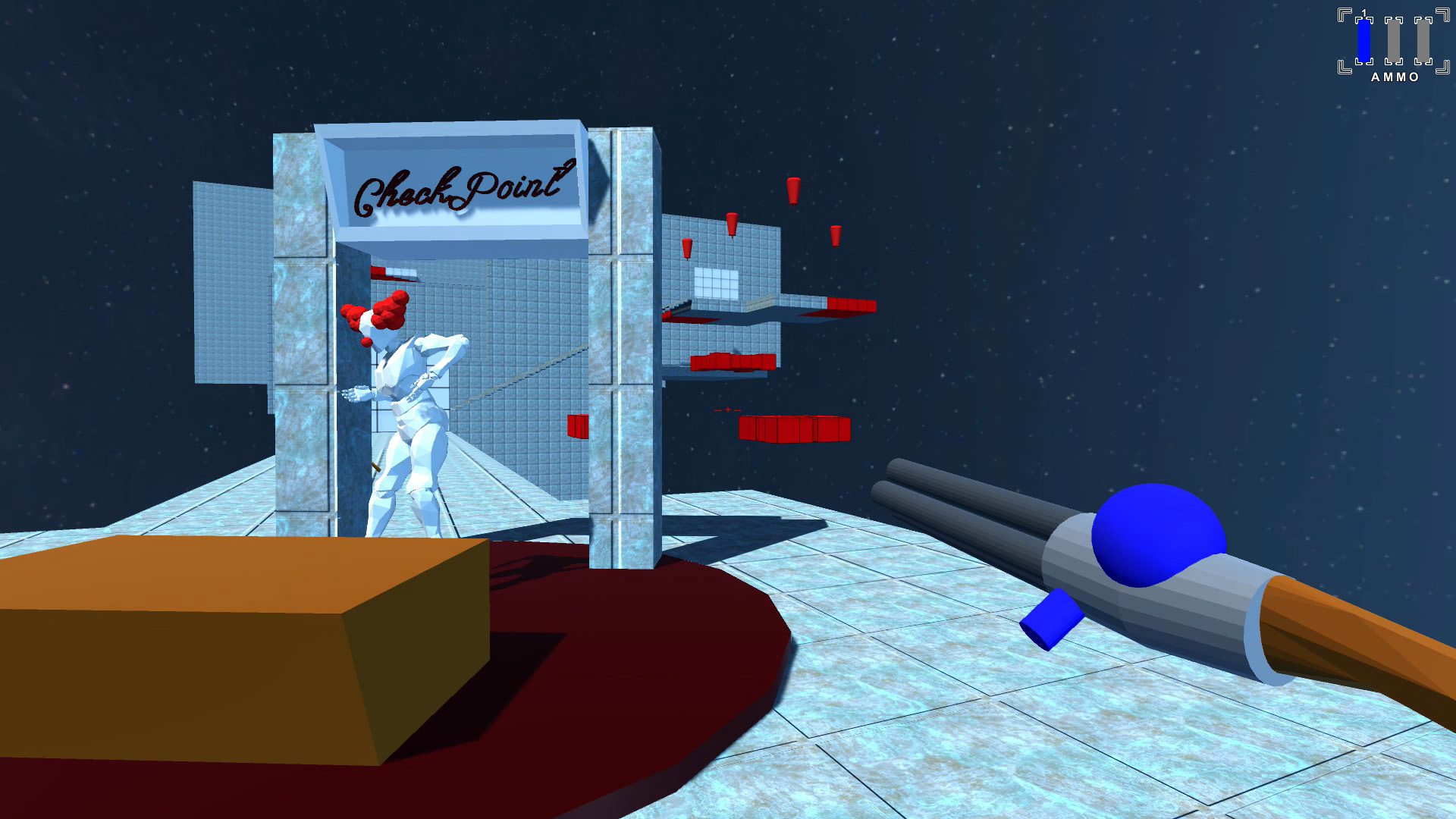 “Soda, French fires and a burger please,” go the only lyrics to the trippy electro music of this bizarrely fast-food obsessed game. Set in first person, a network of floating platforms extends before you. Below you, the endless void. Above you, a monstrously-sized burger bun, with nasty pointy teeth and olives for eyes, seems to be watching your every move. Huge levitating sauce bottles drip onto surfaces populated by diner stools, tables, counters and food racks. A freaky clown man robot dances at the checkpoints.

Yup, Color Wave is seriously bananas. Made in under 48 hours for this year’s Global Game Jam, it’s  a fun and imaginative puzzle platformer that features some very cool wave effects whenever you approach or shoot at one of the coloured surfaces. The aim is simply to run and jump from platform to platform and get to the next checkpoint, ascending ever closer to the creepy burger bun in the sky.

Both aiding and impeding you are the red, blue and yellow surfaces, which react to your proximity.  The red pepper of disappearing contracts into numerous small cubes, letting you pass or fall through. The blue cheese of reach expands in multiple directions, forming temporary new bridges and barriers. The yellow honey of physics acts like a powerful trampoline, rocketing you upwards on contact.

Eventually, you’ll grab the sauce gun. Then you can start changing existing surfaces or creating new ones for yourself wherever there are plain white cubes. The main things thwarting your efforts are falling sauce droplets that undo your work, the gun’s cool down timer, and plummeting into space. It’s not too hard, but it does require a little skill and timing. And those wave effects never get old.

Color Wave is available for Windows and Mac and can be downloaded from its Global Game Jam page for free here. 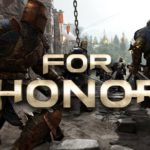 Hands On with the For Honor Closed Beta 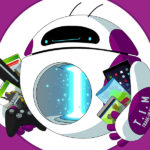