Paradox Interactive has announced that the latest expansion for Crusader Kings II will be Monks & Mystics and will introduce several new game mechanics and features to the hugely popular strategy RPG.

The Monks & Mystics expansion will explore the religious side of the game in more detail and will add cults, relgious groups and even societies, both secret and public. Players will be able to join these societies and work their way through the ranks which will open up new actions and events.

In addition to societies, players can also join monastic orders, secret cults and Gnostic heresies. The worship of Satan will also be included in the expansion, if that floats your boat. Not only that, but you can also create assassins, embark on archaeological expeditions and even find holy relics and great treasures.

Here’s a rundown of the new features you can expect in Crusader Kings II: Monks & Mystics:

Monastic Orders: With lay offices available to non-clerical characters, monastic orders will increase your character’s piety – but they have expectations.
Cults: Gnostic heresies may flourish and its is rumored that the worship of Satan continues in the darkened fringes of the world
Climb the Ranks: Characters work their way up the ladder of Societies, unlocking new abilities and triggering new event chains
Hunt for Heretics: Send your chaplain out to find secret societies that undermine the holy church and your realm. But what if the hunter is guilty himself?
Other New Councillor Actions: Your councillors have a fourth action that will make them more powerful and integral to sound rulership
And much more: Assassins, archaeological expeditions, holy relics, great treasures and more 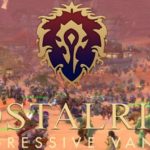 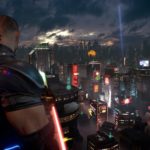 Crackdown 3 Release Date Set for Holiday 2017 at the Latest