Developer Ubisoft took to twitter to announce the next Far Cry, dubbed simply “Far Cry 5.” The return of the famed first-person shooter franchise is set for the 2018 fiscal year.

Are you ready for a hefty dose of new Far Cry adventures? https://t.co/RiR9MZvSR8 pic.twitter.com/dxcHCzAKEG

There is no word yet on where the game is set, but more information is expected in the near future. The open world franchise is known for its action packed narrative and fluid gameplay, ranking as one of the top first-person shooters of recent times.

More information is highly likely to come from this year’s July E3 expo. Ubisoft will be holding its E3 2017 conference at Orpheum Theatre on June 12th at 1pm. Hopefully, a full length trailer will be revealed to shed some light on our many questions.

Given that the last release, Far Cry: Primal, was set during the pre-historic period, it appears likely that a new numbered title will look towards the future.

Some features we hope return include: open world exotic environments, PlayStation optimised controls, customisable and shareable maps for multiplayer, a vast array of weapons and immersive sound effects. Since this new release is a numbered title, like its predecessors, the game will likely feature a new protagonist and a new fictional tropical environment. Gamers can expect a dialogue about power, virtue and the tenacity of the human spirit.

Regardless of its premise, Ubisoft have a tried and proven formula when it comes to Far Cry games, and we can expect great things from the upcoming Far Cry 5. What will be most interesting is to see how Ubisoft integrates the familiar mechanics the series has become famed for, with new environments and innovative additions that pleasantly surprise gamers worldwide. 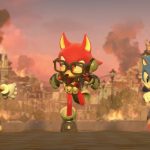 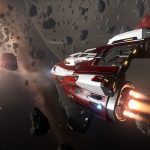