Capcom is clearly approaching the full remake of Resident Evil 2 without any sentiment to past cast members. Hot on the heels after they announced that the latest voice actors to portray Leon S. Kennedy and Claire Redfield will not be returning for the remake, the latest actor to portray Ava Wong has also been given the bad news.

Courtenay Taylor previously voiced the popular character in Resident Evil 6, Resident Evil: Operation Racoon City and the 3D animated film Resident Evil: Damnation. She took to Twitter to answer fan’s questions whether or not she will be reprising her role:

Unfortunately, no. I loved voicing Ada Wong and would happily do it again if a Union project comes around.

This news is obviously disappointing to many fans of Ada, but the real travesty here is Capcom will not be recasting Alyson Court as Claire. All three have been recast before, but it was Alyson who portrayed a character the longest in the series. She voiced the sister of Chris Redfield from the original Resident Evil 2 released in 1998 to 2015’s Resident Evil: Revelations 2 where she was replaced by veteran voice actor Ali Hillis (for some reason?).

Capcom has not announced a release date for the remake of Resident Evil 2, but hopefully we will not have to wait much longer. Indie developers Invader Games were originally remaking the survival-horror classic until Capcom asked them to cease their production. 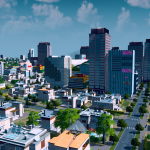 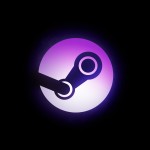 Steam Summer Sale Has Started…and Steam Servers Are Already Down