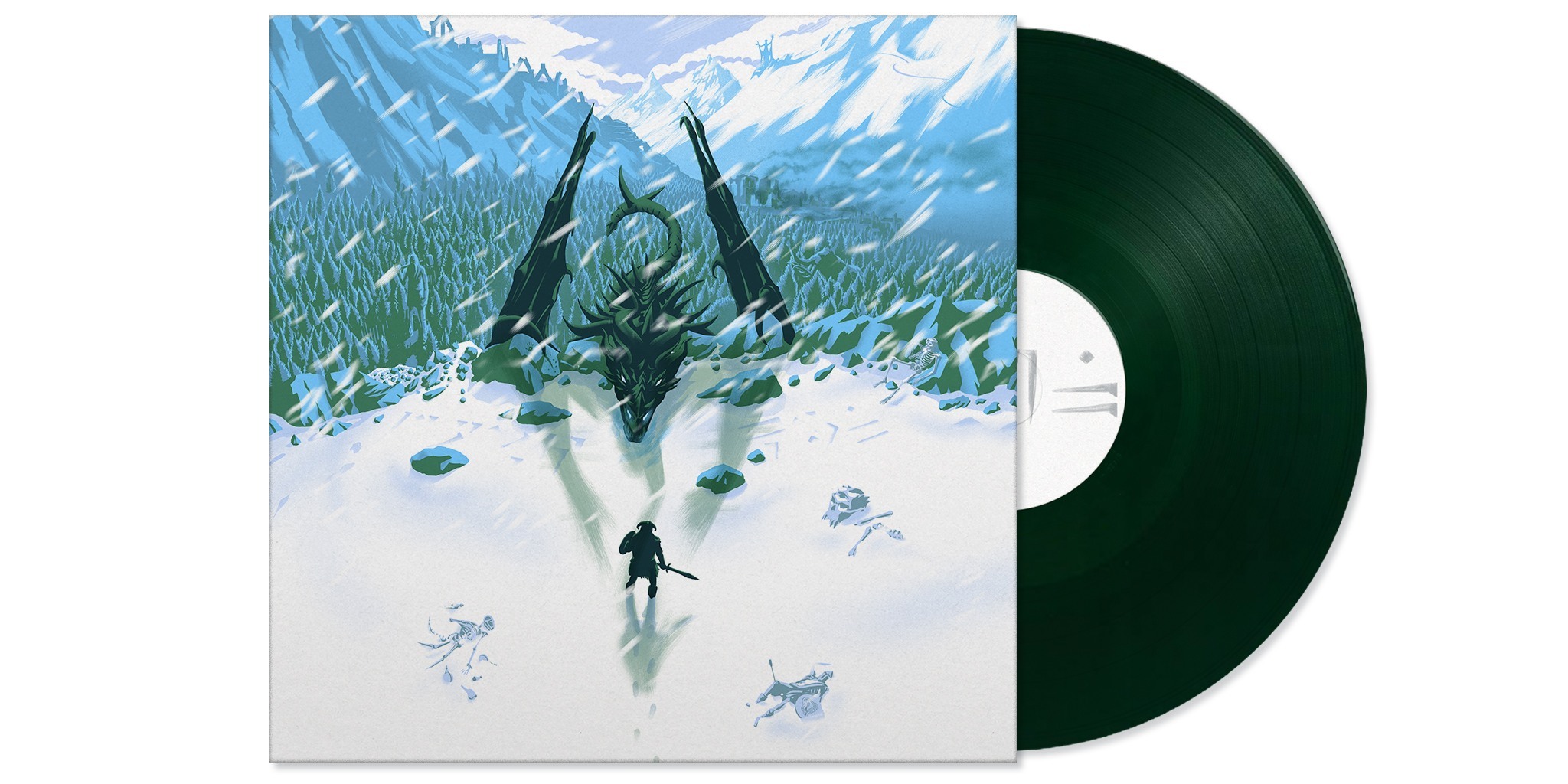 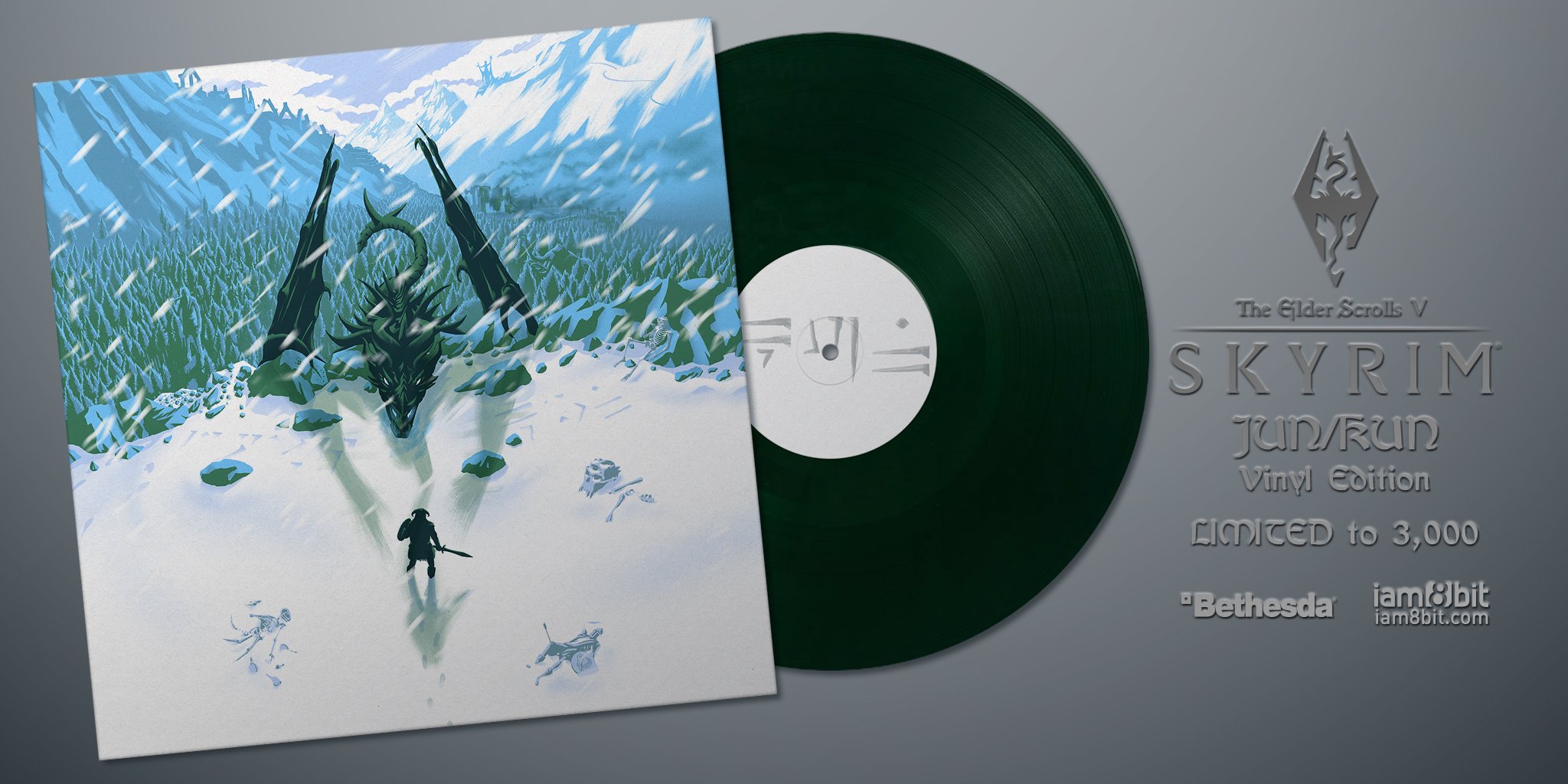 Skyrim Vinyl Soundtrack | $40
The legacy of Skyrim is profound, with so much owed to the atmospheric accents of its music. This JUN/KUN limited edition features:

Skyrim Screenprint by Aled Lewis | $100
The world of Skyrim is vast, nearly impossible to contextualize in a single image. Yet acclaimed artist Aled Lewis achieves just that, illustrating a powerful and poignant faceoff between Dragonborn and Alduin, the World Eater atop the icy mountain vista. This limited edition includes:

Developed by Bethesda Game Studios, Skyrim reimagines and revolutionizes the open-world fantasy epic, bringing to life a complete virtual world open for you to explore any way you choose. The Empire of Tamriel is on the edge. The High King of Skyrim has been murdered. Alliances form as claims to the throne are made. In the midst of this conflict, a far more dangerous, ancient evil is awakened. Dragons, long lost to the passages of the Elder Scrolls, have returned to Tamriel. The future of Skyrim, even the Empire itself, hangs in the balance as they wait for the prophesized Dragonborn to come, a hero born with the power of The Voice, and the only one who can stand amongst the dragons. 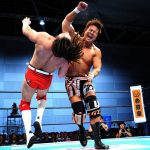 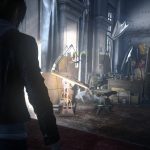