Announced via Twitter, Shaun Escayg (Creative Director to Uncharted: The Lost Legacy) has revealed that he will be leaving the development company.

Seven years ago I joined the talented team at @Naughty_Dog on a project still in its infancy, The Last Of Us. Well, the rest is history. Left Behind, Uncharted 4 were fleeting and Uncharted The Lost Legacy pushed my creative growth even further- I will miss all my dogs.

The departure is notable by itself, but it’s worth mentioning that this isn’t the only creative lead that has retired from Naughty Dog in the last few months, with Bruce Straley announcing his own intention of exiting the company last September. It is a little odd for two key members of a development group to both leave in such a short time span, though both departures seem amiable enough, so it might just be a case of unfortunate timing.

Naughty Dog has not yet released any posts relating to Escayg leaving (such as the message from company president Evan Wells regarding Straley’s exit from the company), though we can likely expect one in the coming days.

As of yet, Escayg hasn’t announced where he’ll be heading or to what projects he’ll be working on, but we’ll keep our ears to the ground for further announcements. 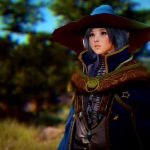