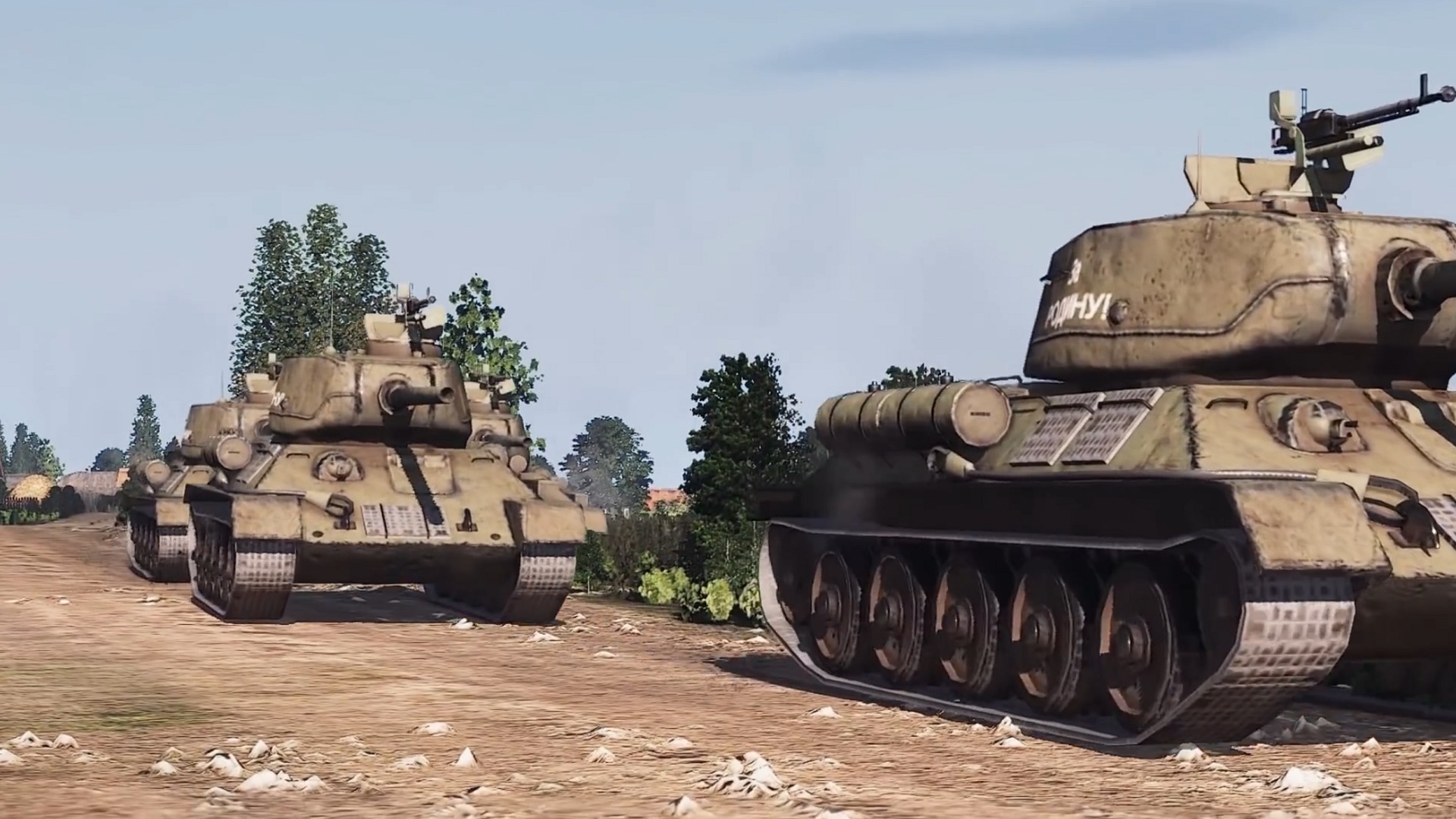 Set during Operation Bagration, the gigantic Soviet offensive in the summer of 1944, players in Steel Division II will not only enjoy massive and frenetic 10v10 multiplayer battles and hundreds of new historically authentic units, but they will also experience the brand new, turn-based, single-player ‘Dynamic Strategic Campaigns’ .

Steel Division II significantly expands on the real-time tactical battles featured in its predecessor, transporting the player to the massive battlefields of the Eastern Front and offering them a chance to command over 600 units fielded by the Red Army and the Axis powers. Wielding the destructive force of the Katyusha rockets or charge ahead with the T-34 tank, players will be able to choose from up to 18 new divisions. Substantial changes to the Deck building mechanics and combat, together with a more realistic art direction, will deliver a much more refined player experience in Steel Division II.

One of the major additions to Steel Division II are the new, turn-based Dynamic Strategic Campaigns, which will offer players a highly replayable experience where they relive history thanks to every detail being realized on a 1:1-scale – from the order of battle to the units, the maps and the combat . Each turn equals half a day, allowing players to form their strategy and plan their next encounter while carefully managing their units and supply lines. Prospective commanders will be able to control entire army corps and subordinate battalions consisting of thousands of men.

“We’ve made a lot of improvements to Steel Division 2 based on direct feedback from our most avid fans of Steel Division: Normandy 44,”

“For instance, we know they will love the new single-player Dynamic Strategic Campaigns. But we are planning much more for Steel Division 2. Expect more details about new features and units after gamescom 2018. The game is a true passion project for us, and we hope players look forward to seeing more as development continues.”

Featuring the painstaking attention to detail developer Eugen Systems is famous for, Steel Division II features the updated IrisZoom engine, allowing players to seamlessly zoom in and out of the ever-changing frontline, drinking in the glorious details of each battlefield from afar with bird’s eye view one moment and examining individual units up close the next. In a first for the Paris-based company, Steel Division II is self-published by Eugen Systems.

For a different kind of war, check out our review of Yakuza 6: The Song of Life HERE