EA has announced that Battlefield V’s upcoming battle royale mode will be released later this month as a free update.

Last year, EA revealed to the world that they would be adding battle royale to Battlefield V as an update following the game’s initial launch. Up until now, EA had only revealed that the mode would be released sometime in March; however, we now know that players will be able to jump into Battlefield V’s Firestorm on March 25th.

According to EA, Firestorm will take place on Halvoy, a map which is said to be 10x bigger than Battlefield V’s currently biggest map, Hamada. To help traverse this landscape, there will be 17 different vehicles for players to drive, including tanks, tractors and a prototype helicopter.

While Firestorm is ultimately a battle royale mode, players can still expect typical Battlefield gameplay, including objectives and destructible environments, which should add a new dynamic to the mode. Completing objectives that are dotted throughout the map will reward players with better weapons and vehicles, so they are definitely worth completing.

On release, there will be two modes available for Battlefield V: Firestorm. These are solos and squads where up to four players can team up together, and duos will be coming to the mode sometime in April.

It will be interesting to see how popular Firestorm will be with players. Call of Duty’s attempt at a battle royale mode has gone down as a success, and EA and DICE will certainly be hoping fans enjoy Firestorm just as much. 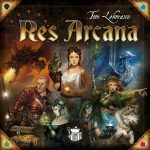 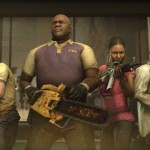