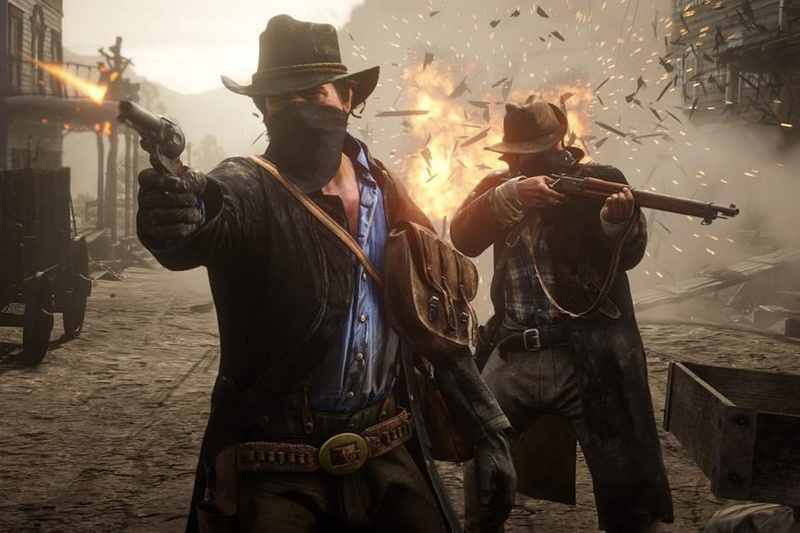 Since launching back in October 2018, Red Dead Redemption 2 has proven to be a huge financial success for Rockstar despite only releasing on the PlayStation 4 and Xbox One. Understandably, there have been numerous calls to bring the game to PC, but so far Rockstar has remained tight-lipped regarding any potential PC release.

While there’s been no official announcement from Rockstar yet, the rumour mill has started up once again following the discovery of a resume from a former Rockstar employee that listed Red Dead Redemption 2 as coming to PC.

Thanks to Reddit, the uncovered resume was from former Rockstar Toronto Physics Programmer Nan Ma and listed a number of games he had worked on during his time at the studio, as well as the platforms the games would be releasing on. One of those games was Red Dead Redemption 2, and it listed PC as one of its three platforms. He left Rockstar in October 2016 and has since deleted the PC reference from his resume, although Reddit user Bongos_ was able to grab a screenshot. 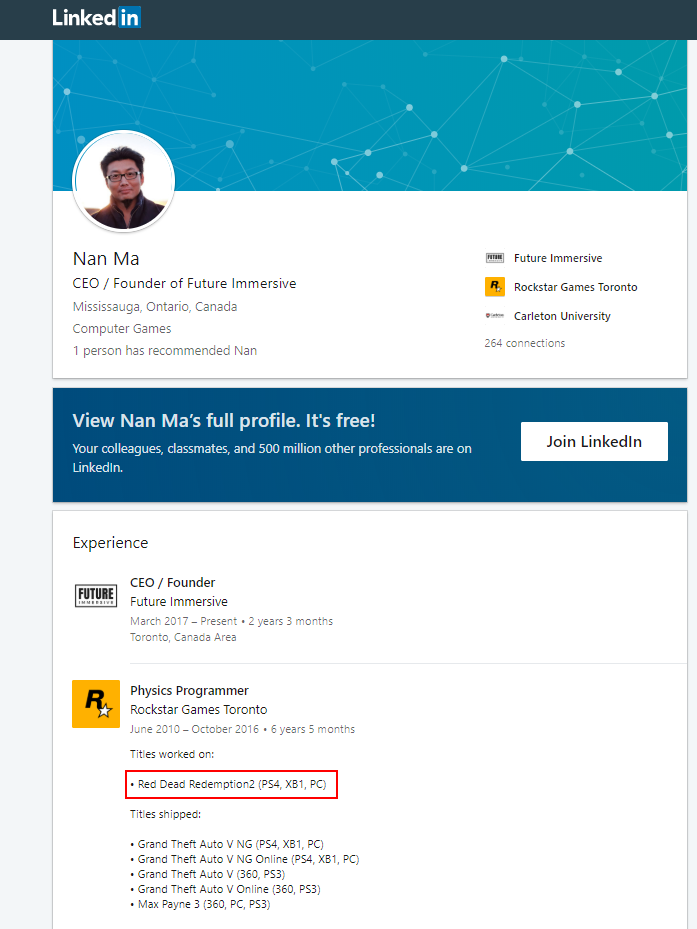 In the same post on Reddit, another LinkedIn profile from a Rockstar Leeds employee was discovered, which also listed PC as a platform for Red Dead Redemption 2.

LinkedIn is a social network that allows professionals to connect with one another and is a place where everyone is keen to list their previous work experience and qualifications. Given the professional nature of the platform, it would seem odd to find several profiles of Rockstar employees that all list Red Dead Redemption 2 as coming to PC.

Following the success of GTA Online, particularly on PC, along with Rockstar’s attempts to grow Red Dead Online, it seems more than likely that they’ll want to release the game on PC at some point. Not only would it grow the player base of Red Dead Online, resulting in them earning more money from in-game microtransactions, but Rockstar would also undoubtedly benefit from another surge in new sales.

Of course, these rumours aren’t concrete proof that Red Dead Redemption 2 will be releasing on PC. However, given how Rockstar handled the release of GTA 5 on PC, plus their push for Red Dead Online, we wouldn’t be surprised to see some sort of announcement sooner rather than later. 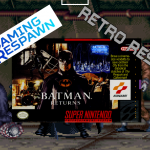 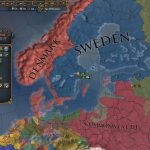