While it may not come as much of a surprise, Techland has confirmed once and for all that Dying Light 2 will not be releasing on Nintendo Switch.

Dying Light 2 was first announced at E3 2018 for PlayStation 4, Xbox One and PC and serves as a sequel to Techland’s 2015 hit Dying Light. As expected, Dying Light 2 will include a range of new features and systems, which is one of the main reasons why the game won’t be coming to the Switch.

In an interview with WCCFTech, Techland’s Pawel Rohleder confirmed that the engine being used to develop Dying Light 2 is not supported by the Nintendo Switch. When asked about what Techland’s plans to support as many platforms as possible meant for the Switch, Rohleder stated that the studio was focusing on AAA content, and that meant Dying Light 2 won’t be coming to the Switch.

“The engine does not support Nintendo Switch,” he said. “We are focusing on AAA content.

He went on to reveal though that Techland has a surprise for Nintendo Switch fans later this year, although he stopped just short of dropping any hints as to what that surprise could be.

Any suggestions of a Nintendo Switch release for Dying Light 2 were born out of hope more than any real expectation given the scope of the game and the Switch’s lack of power compared to the PlayStation 4 and Xbox One.

There’s no official release date yet for Dying Light 2, but Techland has already confirmed that we can expect more information about the game at E3 2019 in June. 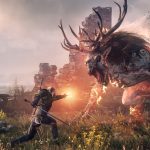 The Witcher 3 Rumoured to Be Getting a Nintendo Switch Release 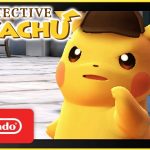