The fourth chapter of The Elder Scrolls Online brings players to Skyrim to face off against a powerful undead menace. Greymoor, the next major expansion for the MMO, unlocks the bulk of the ‘Dark Heart of Skyrim’ storyline this year.

The MMO, developed by Zenimax, had previously taken players to Morrowind, Summerset, and Elseweyr.

As is custom with Elder Scrolls Online trailers, Greymoor’s announcement comes in the form of an extremely detailed cinematic trailer.

Check out the trailer below:

Alongside the Gothic-style storyline, there will be a new 12-player trial and additional side-quests, delves, and public dungeons. Other features include harrowstorm world events and a reworking of the Vampire Skill Line. There is no news of a brand-new class or combat-oriented Skill Line.

The new chapter will also introduce a new antiquities system. Players can unlock new collectibles after scrying and excavating relic sites, which involves a series of mini-games. This new feature adds to all existing areas in Tamriel as well.

Lyris Titanborn features in the trailer, fighting vampires alongside the ‘Nord Hero’. Lyris, voiced by Jennifer Hale, played a major role in the original campaign. She is a Nord with the blood of giants, which accounts for her large stature and strength.

Also seen in the trailer is an underground city ruled by a Vampire Lord. The trailer shows themes with similarities to The Elder Scrolls V: Skyrim’s Dawnguard expansion. For instance, the main antagonist adopts the same monstrous winged appearance as Dawnguard’s main antagonist as its true form. Underlings of his include regular vampires, which act as agents or assassins. Vampire Lords can also reanimate the dead and summon gargoyles.

The Elder Scrolls Online: Greymoor will release on May 18th for PC and June 2nd for consoles.

A collector’s edition of Greymoor is available from GAME for UK customers only. Contents include physical collectibles, such as a Vampire Lord statue, as well as in-game bonuses and one month of ESO plus. 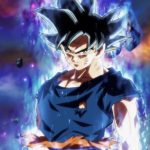 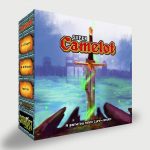