Virtual Reality is finally here! Having merely glimpsed virtual reality gaming years ago where people stood in circular booths playing polygonal games a la The Lawnmower Man, I was instantaneously in awe. I never got to try it though. These things were expensive and rare, and I envied anyone who I saw playing this cool-looking contraption. I was equally envious of HTC Vive and Oculus Rift owners. Having need of a meaty rig and a super expensive headset, it was nowhere near within my grasp unless I won the lottery or sold my life on eBay. I rejoiced though when Sony announced Project Morpheus which promised affordable VR gaming back in 2014 which, fast forwarding to 2016, became the PlayStation VR. The VR tech Sony promised was to be powered by our very own PS4 machines.

The PlayStation VR is my first VR experience and, having tested it on a lot of the launch titles, I’m impressed on an epic scale. Although I’ve not had my hands on either the HTC or Oculus, I’m unable to compare them with the PSVR, so I went in as a VR virgin. 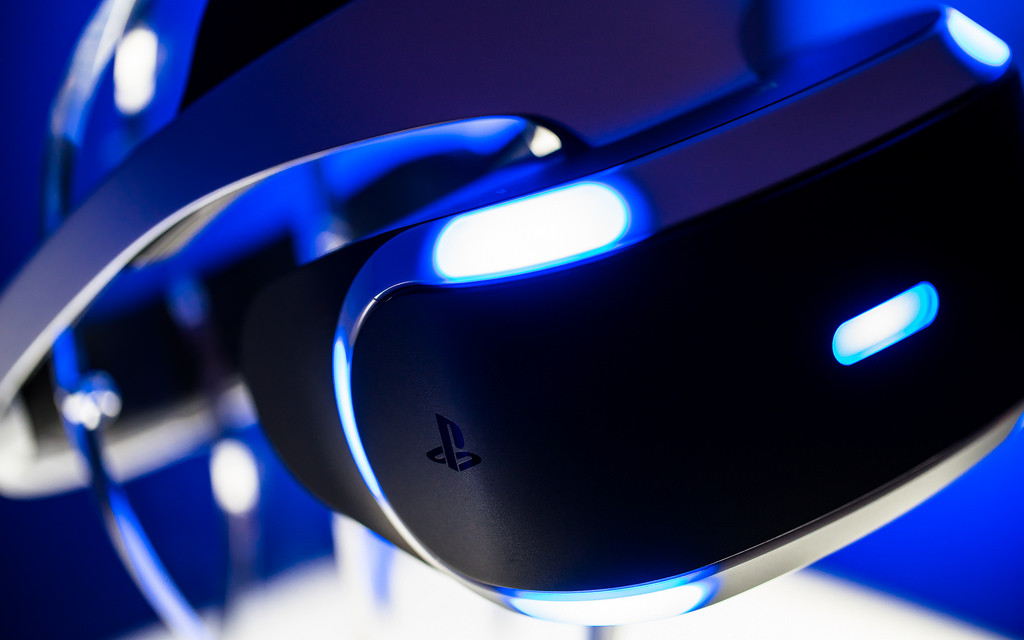 First things first, the packaging. The PSVR headset is boxed up beautifully in a slick blue and white box with a USB cable, an HDMI cable, the Processor Unit, a pair of earphones, a demo disc containing 8 games, and the power brick. Each item is boxed up in its own individual packaging which all fit together to make a sweet looking illustration. I was extremely happy with the way Sony has packaged the PSVR giving it a fantastic first impression. Setting up was simple thanks to the large booklet included in the box. It walks you through the set up process in a step by step fashion similar to the booklets you get in boxes of Lego. The HDMI cable from the TV is taken out of the back of the PS4 and fed into the new Processor Unit which was a lot smaller than I expected. It was like the original PS4’s little baby brother, although it offers no extra power, its only use is for the 3D audio and the “social” screen which allows spectators to see what the headset wearer sees without any lag. It has a matching sleek white light on the front just like big brother has on his side. Very nice.

The main attraction is a thing to behold. A black and white plastic headband, with a black with white trim visor hanging from the front. It’s very space-age looking, and its cushioned lining means slipping it over your head is painless. Once it’s on your head, a button on the underside of the visor allows you to move it towards your face, and a dial on the back of the headband allows you to tighten it around your head. It’s extremely comfortable thanks to the soft rubber inlay even if you’re a glasses wearer like me. I had absolutely no issues wearing the PSVR even for long periods. Soft rubber flaps grant your nose more than enough space and allow air in to prevent sweating. Inside the visor, a 1920 x 1080 pixel OLED screen is presented before you, hovering in a black space which is also stereoscopic for full immersion. 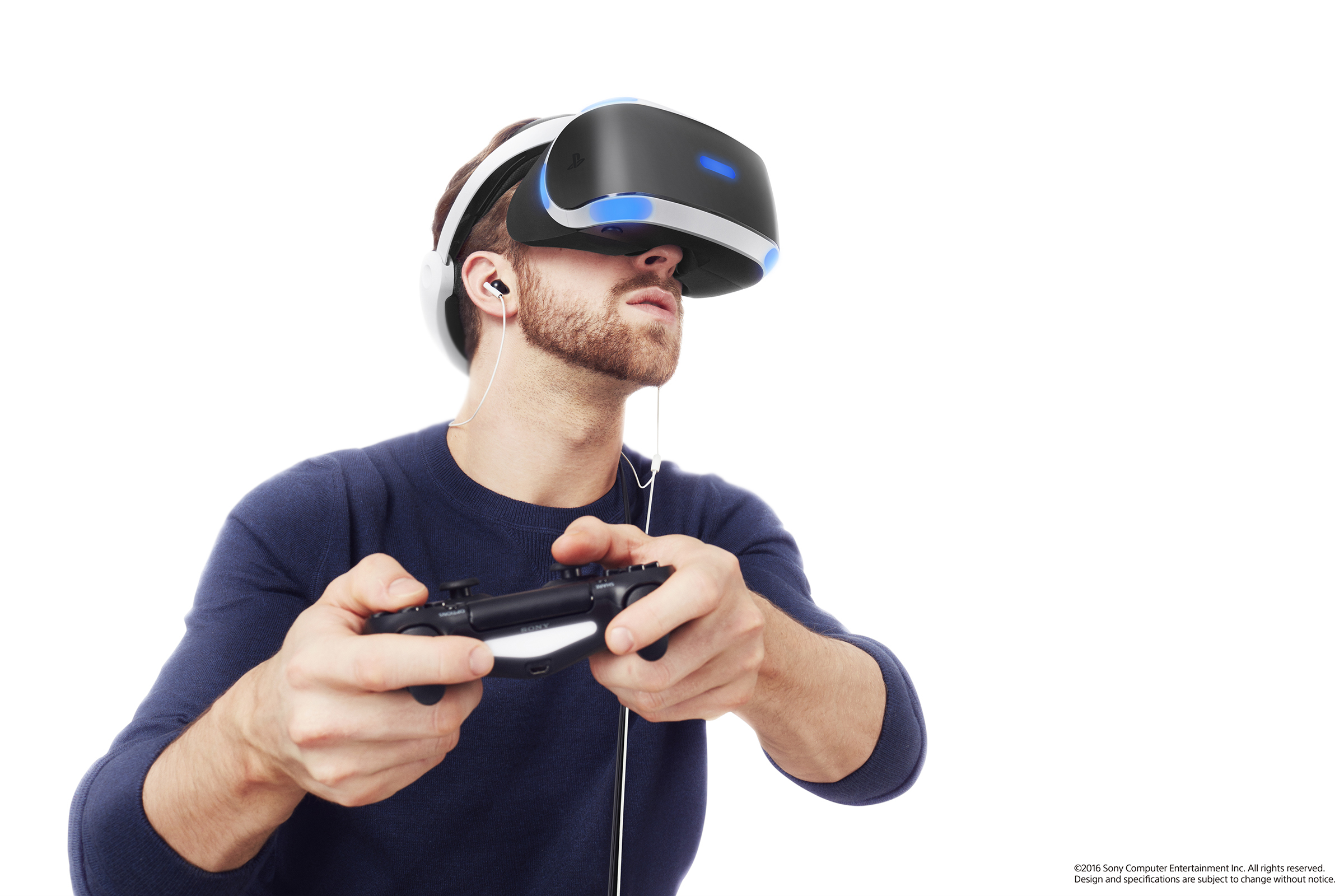 Playing a PSVR game is nothing short of breathtaking. Not because of the lower resolution, which I can only assume is to make way for the flawless 120Hz latency which grants a consistent frame-rate regardless of what’s going on onscreen. I’ve tried a lot of the launch line-up with one of my favorite experiences being The London Heist which is part of the PlayStation VR Worlds package. In it, you take part in a staged robbery to steal a diamond with the help of a couple of East End gangsters. It’s very cheeseball acting but has some stunning set pieces as you look around a lock up where you are interrogated by a frightening, burly bald bloke with a potty mouth and take part in a tense shootout and a fast-paced battle on a motorway in the passenger seat armed with an Uzi. It’s all made possible by the 9 blue lights positioned around the headset, which is picked up by the PlayStation camera, a required piece of kit to use the PSVR.

I mentioned the lower resolution. This may put off some, but it’s not as bad as it sounds. You will be too immersed in whatever you play to truly care. There is so much to see in every game, whether it’s the task at hand or the smaller, unimportant details that are all around. Like Batman: Arkham VR which has a globe in Wayne Manor to spin round, gadgets to play with in the Batcave, and other little things that will occupy your idle mind as Alfred implores you to look for Nightwing and Robin who have mysteriously failed to report in. Another truly endearing and stunning experience. Well, that and actually being Batman!

My main complaint about PSVR is the wires. Especially if you own the PlayStation Move controllers that enable a true VR experience. They come with 2 mini USB charging cables and the wires attached to and coming from the Processor Unit are ridiculous. My other complaint is the “cinematic” mode which allows you to play any non-VR game on a floating screen within the headset. Games take a hit in the graphics department due to the lower resolution. I rarely, if ever, used it.