Pokkén Tournament is the result of a partnership between Bandai Namco Entertainment and the Pokémon Company. It brings together characters from the Pokémon franchise and gameplay elements from the Tekken series. While Pokémon is known for its strategic element-based combat system, you will not find that in Pokkén Tournament. Instead, you will find a much more traditional fighting game instilled with some Pocket Monsters charm.

Pokkén Tournament is set in the Ferrum Region. Here, Pokémon trainers use their Battle AR’s and the mysterious power of Synergy Stones in order to sync up with their Pokémon. As mentioned before, a Pokemon’s element and type match-up are not tested in Ferrum Battles. Instead, the Synergy between Pokémon and trainer are put to the test.

At the start of the game you will be allowed to choose between a male and female avatar. Your customization options are pretty limited at first, but as you move on in the game and gain some currency, you will be able to access an in-game shop to buy new items for you avatar. Scanning in any amiibo will also unlock some items, but you can only scan 5 amiibo per day. I have found the customization to be pretty diverse. As I have battled others, I have never seen two avatars that look exactly the same. 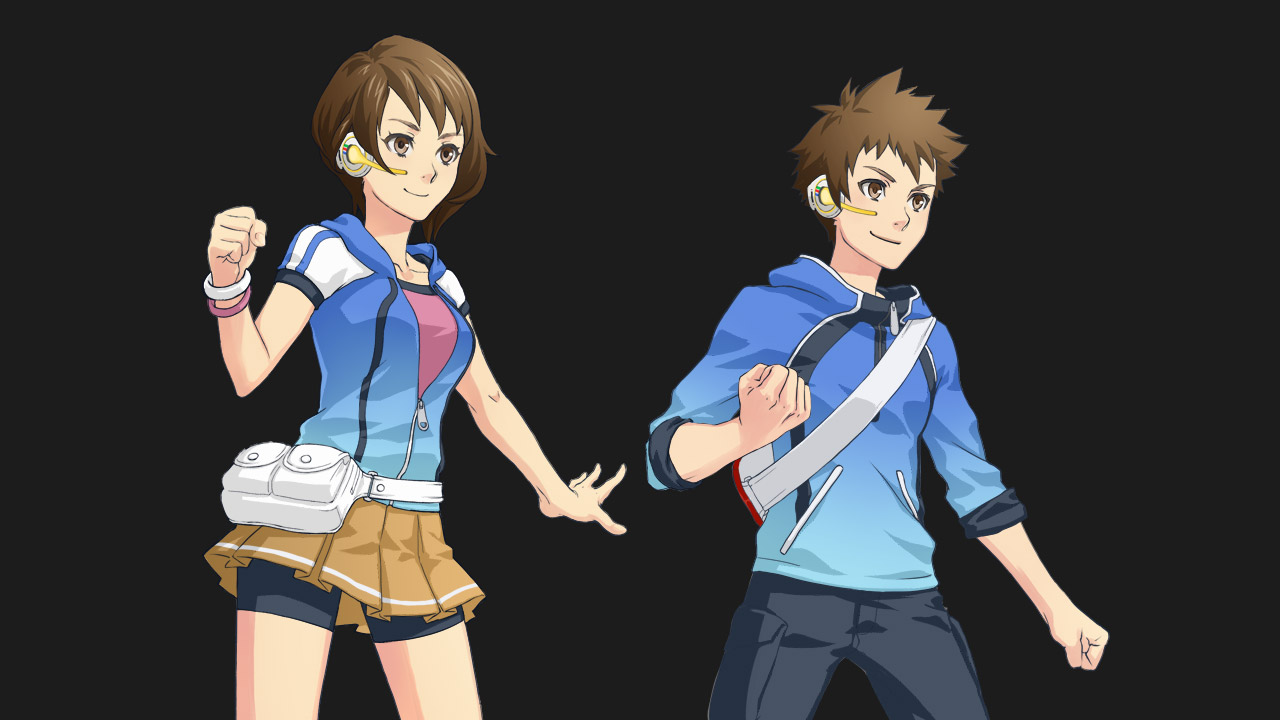 After choosing your avatar, the game’s guide named Nia will introduce you to the many areas of the Ferrum Region. Each area serves as a select marker for the various modes in the game. The first mode you will want to visit is Practice. As the name implies, you will be able to practice at getting accustomed to the battle system. If this is your first fighting game, then I suggest that you go through some of the tutorials. They effectively get you introduced to the various types of moves and combos that you can perform. Also, there is a free training option if you are looking into creating your own combos and getting to know how the characters all work. 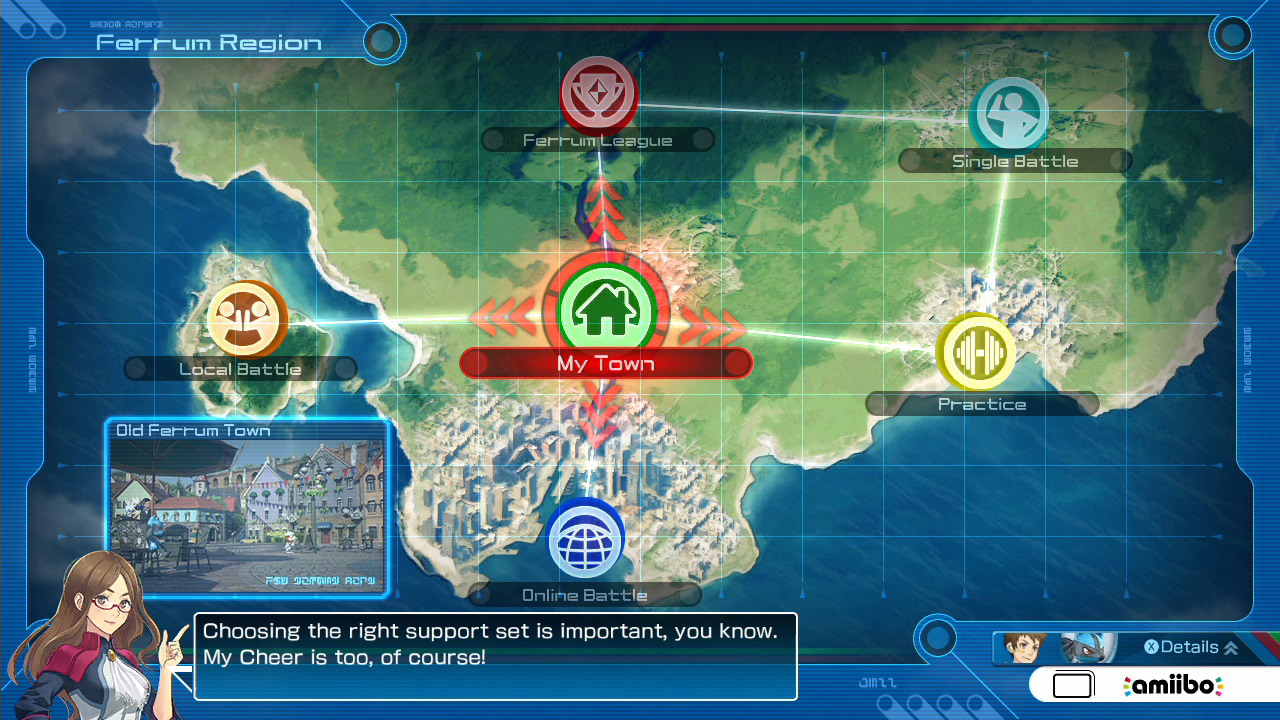 When finished looking at the tutorials and practicing for some time, you should think about starting a Single Battle. Single Battles allow you to fight a CPU while choosing your own rules for your match. If you are anything like me, then battling CPU’s won’t really cut it out for you. Instead, you should explore the various multiplayer options that allow you to play locally or online, but first, you should participate in the Ferrum League.

The Ferrum League serves as the campaign/story mode for Pokkén Tournament. You will find yourself battling to the top to become the League Champion. The Ferrum League is actually divided into four different leagues based on a color. The Green League is the first one and you must beat all the other contenders in order to advance. In League Matches you must face five opponents in a row. It is okay for you to lose a match and go on, but you must go through five matches consecutively. This can sometimes become a problem. There were times where I only felt like doing a match or two, but the game forced me to do all five battles consecutively. Since I wanted to advance in the story, I had to go through battles that soon became monotonous. What makes it worse is that you have to do this process around three to four times to finally be able to enter the League’s Tournament. Beating that tournament means that you will be able to face the League Master in a promotion test. Functioning much like a Gym Leader in the original Pokémon series, beating the League Master will promote you into the next League.The battles with the League Masters are a welcome challenge. While they aren’t too difficult, becoming careless could cost you the win. 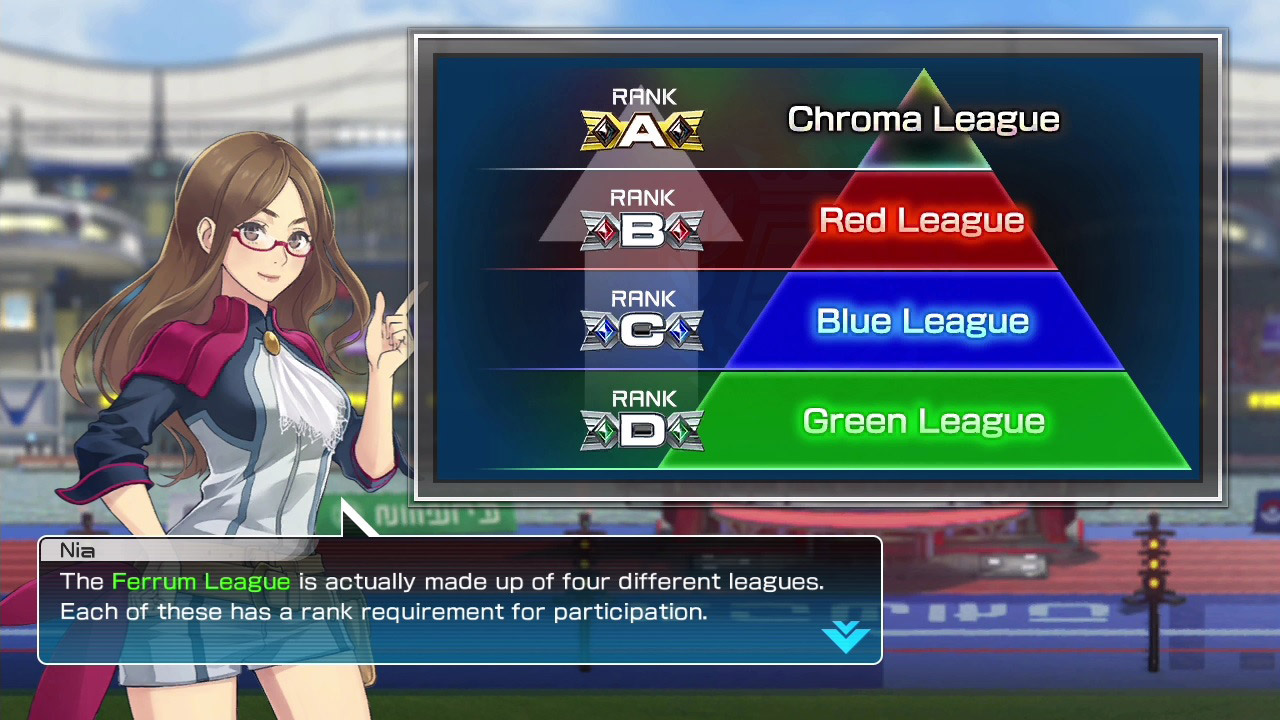 As I said, there is a story aspect to the Ferrum League. While you progress and advance, you will encounter the mysterious Shadow Mewtwo. In specific parts of the game you will come face to face with this mysterious Pokémon. The battles with Shadow Mewtwo were difficult, but they were exciting at the same time. As you progress you will learn his story, but there is nothing really special about it. The whole campaign will only last a few hours, and there was nothing that felt tremendously unique about the story. Characters were introduced at times, but they became unimportant as you progressed. It would have been great to see a better story mode, but in the end it doesn’t really derail from the fighting-game focus.

Pokkén Tournament is meant to allow anyone to play. While I struggled at first to get the grasp of the controls and mechanics, I soon found myself developing strategies and combos that would strike fear in my opponents. I know that the reason it was difficult at first was due to my lack of experience in fighting games (Super Smash Bros. and Street Fighter on the SNES is all I have played in the genre). So, I knew that if I could get accustomed to the way the game played, then anyone could. I believe wholeheartedly that anyone can play and it is all because of the great combat system.

The combat system in Pokkén Tournament is intricate but welcoming. It is easy enough to understand for newcomers, but deep enough for fighting game veterans.

Matches start in Field Phase. In this phase, your character can move around freely. While in Field Phase, your goal is to attack your opponent and trigger a phase shift. The phase shift will cause the Field Phase to change into a Duel Phase. It is here that you will be able to dish out a lot of damage and pull off some heavy combos. Duel Phases play much like your normal fighting game. Your Pokémon can only move left or right as they try to attack their opponent. Another aspect of the combat is the “paper, rock, scissors” system that is put in place. Counter attacks beat normal attacks,grab attacks beat counter attacks and normal attacks beat grabs. Using the effective attack will dish out a large amount of damage, so timing your attacks can be vital.

The most important part of Pokkén Tournament has to be the Synergy Gauge. As you deal and take damage, your Synergy Gauge will fill up. Once it maxes out, your Pokémon will be able to perform a Synergy Burst. A Synergy Burst will cause your fighter to become empowered while in this state. Also, you will be able to perform one Burst Attack. This attack is a really powerful move that can make or break a match. I have seen these attacks take up to half of a fighter’s health. However, it can be easy to shield or dodge these attacks, so make sure to be near your opponent when you pull them off. 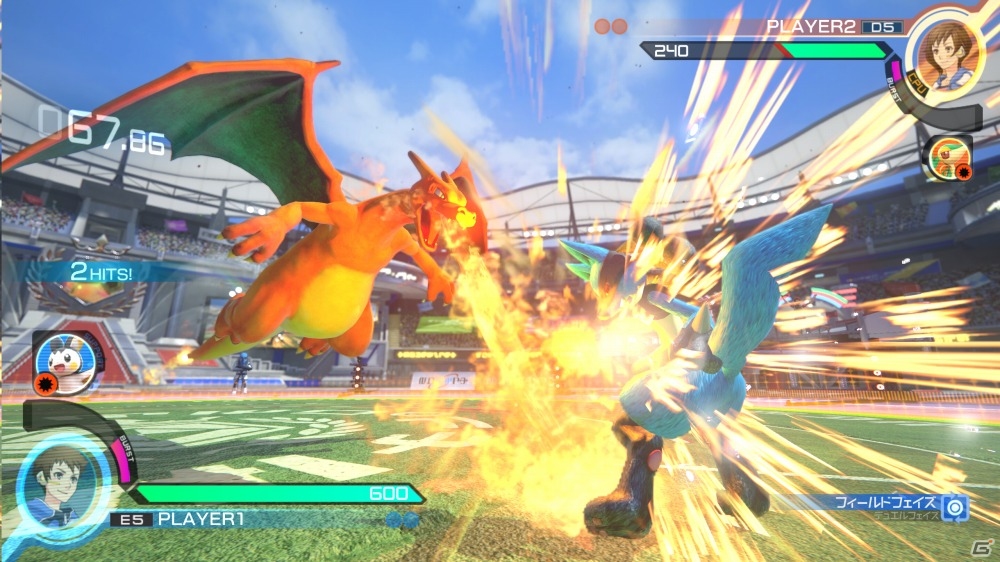 Once you think you are ready, you should try participating in Online Battles. You can play online with friends or anyone else with the game in rank matches or friendly matches. The online mode in Pokkén Tournament is fully developed, and I had great fun playing with other people that had the game early. One thing that I found great while playing online is that as you are waiting to get connected to another player, you can play a CPU as you wait. Once someone is available online, you will immediately be transferred into battle with that person with almost no wait time at all. This makes it easy to test your skills against other players around the world.

The one big issue that I have with Pokkén Tournament is the roster. In many ways it is only a matter of opinion, but I still felt that the roster was pretty weak. There are only 16 current Pokémon and two of them are repeats (Pikachu, Pikachu Libre, Mewtwo, Shadow Mewtwo). While these four do have unique movesets, it still felt disappointing to see the same Pokémon slapped on the roster. More disappointing, however, is the weak representation of the Pokémon series overall. There could have been more variety in terms of the region the Pokémon came from and what their type is. Looking at the roster, you can see that there is no representation for bug-type Pokémon or flying-types. Also, there is only one Pokémon from the Unova and Johto region. It would have been nice to see a more diverse cast of characters, especially when there are almost 800 Pokémon in existence with the announcement of Pokémon Sun and Moon. It just seemed like there were a lot of missed opportunities when creating the roster.

One idea that I would have loved to see implemented was alternate costumes. Since Suicune is a playable character, it could have been easier to establish the other two legendary “dog” Pokémon, Entei and Raikou, as costumes. Pikachu Libre seems like an unneeded character when he simply could have been created as a unique costume for the normal Pikachu on the roster. While the moveset for the two Pikachus are different, I didn’t think it was justified for them to be two separate characters. It’s oversights like these that made me wish the game was more developed on the Pokémon side.