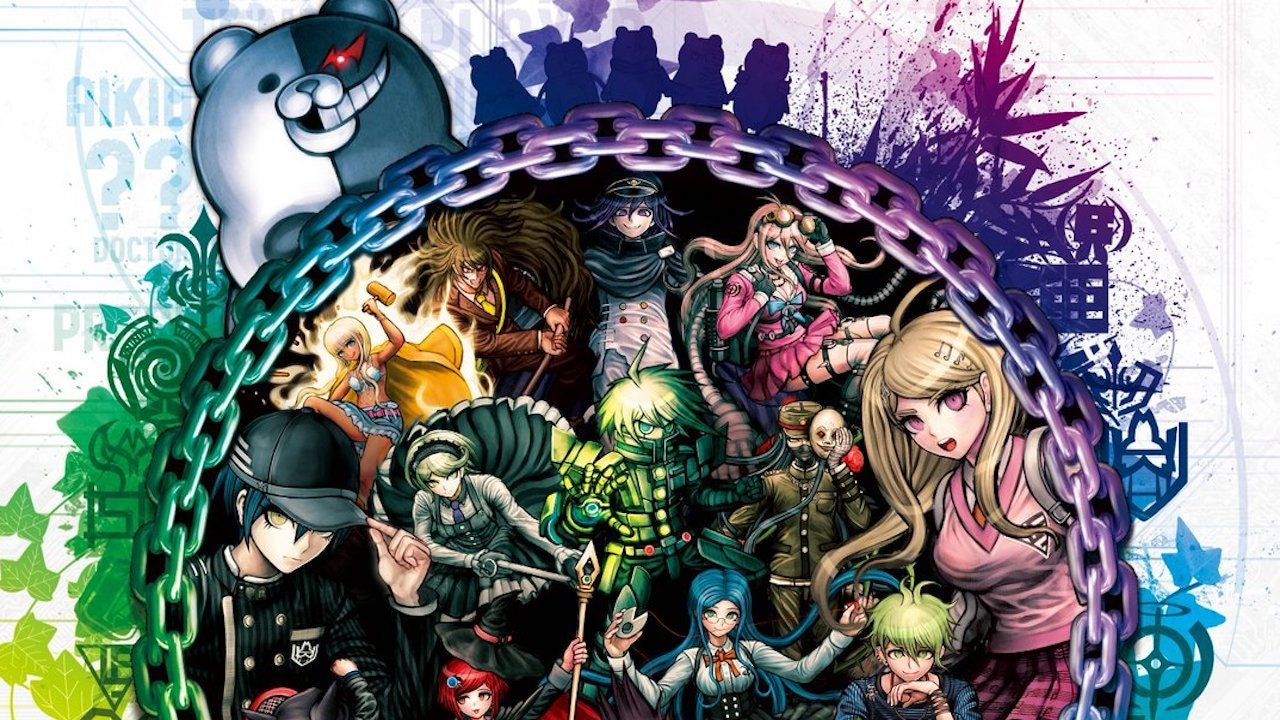 Deciding on if I should import Danganronpa V3: Killing Harmony (known in Japan as New Danganronpa V3: Everyone’s New Semester of Killing) wasn’t particularly easy. The series is one of my all-time favourites in gaming, with Danganronpa 2: Goodbye Despair standing as my second favourite video game ever, and due to the nature of the game featuring a lot of key character deaths, I knew it wouldn’t be easy to avoid very important spoilers while waiting for V3‘s localisation. This was only made worse by the fact that when the game released in Japan on January 12th, 2017, NIS America was still promising an ambiguous ‘2017’ release date for its localisation. In the wake of the English language release being announced for September 26th, 2017, I can imagine that more people will take interest in importing the game, as to which I suggest Tumblr user ‘@hajimikimo”s brilliant English fan-translation script of the game, which so far only covers the first case. Having been spoiled on a rather huge part of the game myself, I took the leap and to my Japanese PSN account to download the PlayStation Vita version. The result has been rather mixed so far. 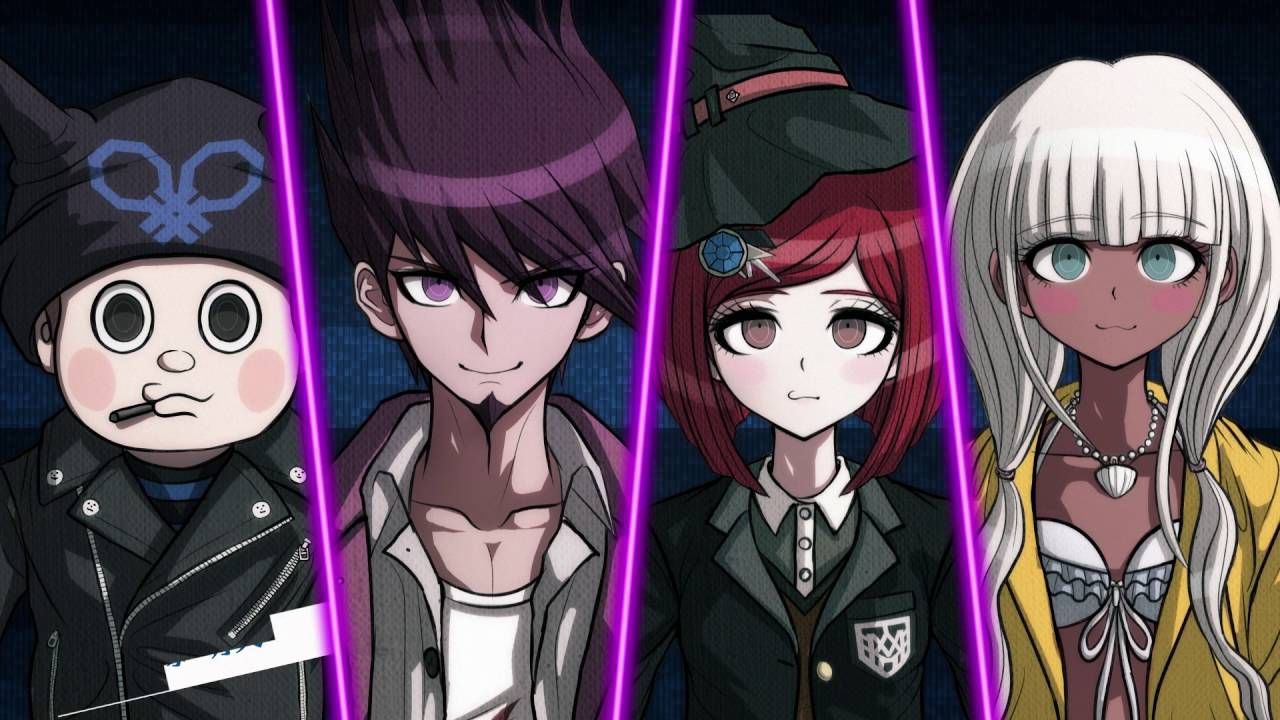 With each new Danganronpa game, series creator Kazutaka Kodaka tries to go bigger and better, but he put V3 in a very strange position. The stories of Danganronpa: Trigger Happy Havoc and Danganronpa 2: Goodbye Despair were very closely linked, and a definite understanding of the first game was needed to enjoy the second game, but in the end it made for one of the best stories told in a visual novel. For some strange reason, Kodaka then thought the ideal way to tie up this story wasn’t through a new video game instalment but instead a three-part anime, and a mostly dull, uninspired one at that. I could rant on and on about how much I hate Danganronpa 3: The End of Hope’s Peak: Future Arc, despite finding myself enjoying the Despair Arc and then enjoying the Hope Arc again up until the nonsensical, underwhelming ending. This shallow climax to the first and second games’ stories, with some of my favourite characters, paved the way for my skepticism for Danganronpa V3, as Kodaka was now promising that this would be completely unconnected to the previous entries and act as more or less a soft reboot while also being the final entry, two claims that make no sense when put together. The game would also take place in a school once again, another couple of steps back from Danganronpa 2‘s island setting. Arguably the most important part of Danganronpa, though, is its characters, and this is where I wanted to see the game surprise me the most, especially with the introduction of the Monokuma Kubs. With this much skepticism for a series I hold close to my heart and having completed the first chapter of Danganronpa V3: Killing Harmony‘s story, here are my thoughts…

As previously stated, V3 has been a mixed bag so far because for everything I like so far, there are a number of things that feel rehashed or don’t resonate with me. First thing’s first, the characters. As per usual with each main-series entry, Danganronpa V3: Killing Harmony introduces a new 16 character cast of Ultimates (or Super High School Levels in the Japanese version). This time around they include the protagonist, Kaede Akamatsu, the Ultimate Pianist, Shuichi Saihara, the Ultimate Detective (yes, another one), an Ultimate Cosplayer, Ultimate Inventor, Ultimate Artist, Ultimate President and Ultimate Robot (the game makes sure to acknowledge that that’s not exactly a talent), to name a few. While a couple of character traits do tend to crossover from the other games, this much is to be expected of a game with over 30 key characters.

The protagonist herself, Kaede, has her moments of fun and enjoyable dialogue but is very rarely given time to shine as a character, instead acting more as an onlooker which is rather disappointing considering that the first game’s Makoto Naegi was a mostly fun character, and the second game’s Hajime Hanata was incredibly well written. Worse can be said for this game’s Ultimate Detective, Shuichi Saihara, who despite being very important to the game’s story to the point I’ve played to, has yet to show any respectable characteristics. So far, there’s very little to enjoy about him, and it grows increasingly irritating as the game progresses. He’s shallow, but thankfully I have seen characters similar to him make a comeback in other media (fans of anime, try thinking of the character Simon from Gurren Lagann at the beginning of the show and then at the end), so I’m relying on Kodaka’s generally great writing to turn him around for me, but it will be a big task. 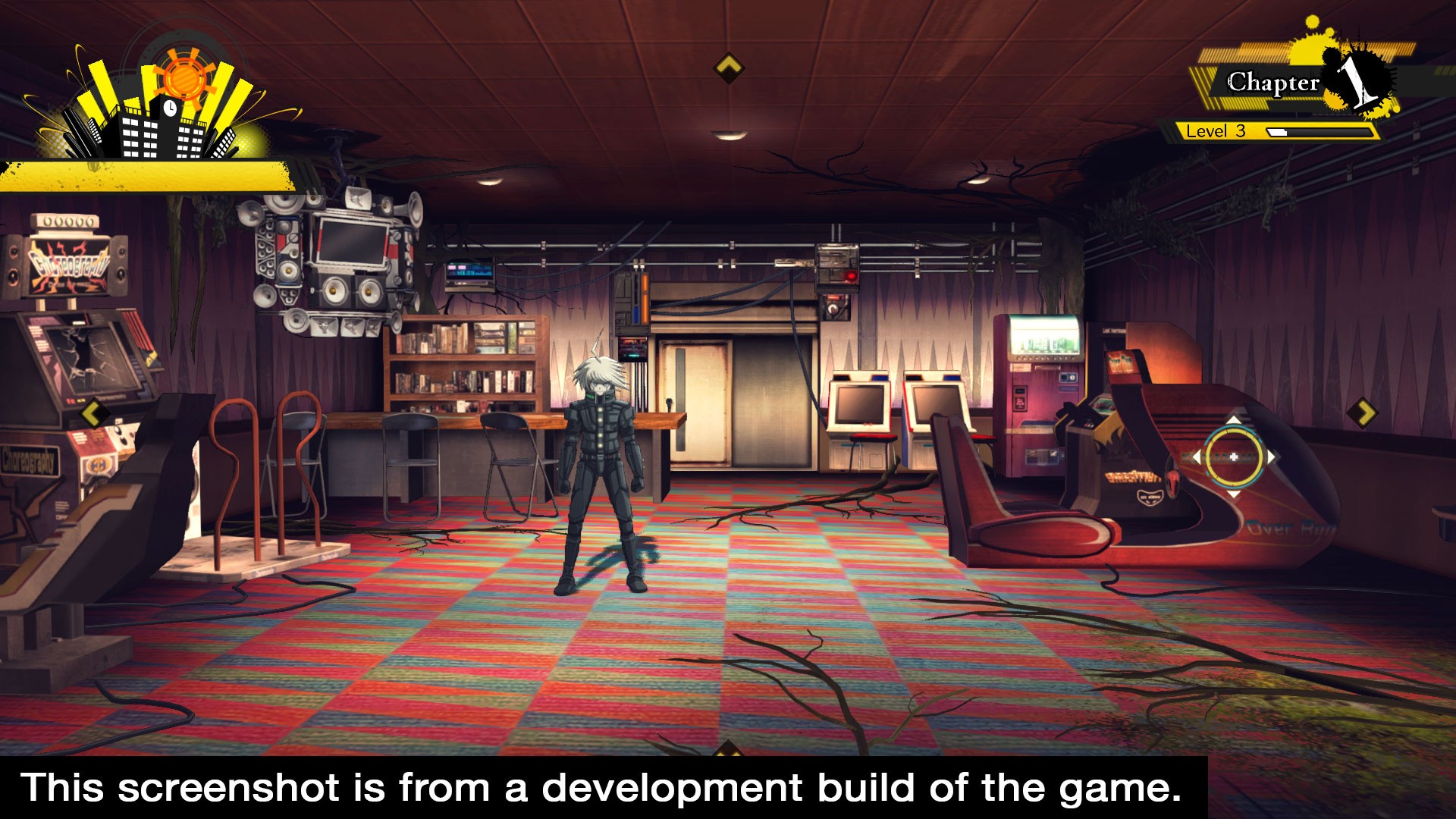 Thankfully, most of my problems with the characters begin and end with these two, despite how key to the plot they are. I’m finding myself enjoying pretty much every single other character, namely the Ultimate Artist, Angie Yonaga, whose adorable personality contrast the despair the setting brings, as well as her reliance on her religious beliefs, which I’m assuming (and almost hoping) won’t end well for her. There’s also Miu Iruma, the Ultimate Inventor who shames all the other girls for their breast sizes but cowers in fear at the slightest insult to herself, Kirumi Tojo, the Ultimate Maid with a great sense of duty, Kiibo, the Ultimate Robot who due to his artificial nature can be oblivious to some of the other characters’ actions, and Kokichi Oma, the Ultimate President whose presidency in particular is ambiguous so far but shares many similarities to Nagito Komaeda from Danganronpa 2 thus far. Minus the aforementioned Shuichi Saihara, I’m struggling to find another member of the cast that I outright hate. I would discuss more of the characters in-depth, but this is spoiler-free, and I’m interested to hear others’ thoughts on them after the game releases in the West.

By far though, the team that steals the show are definitely the Monokuma Kubs. It took me a while to get used to what are essentially 5 more Monokumas, but once I did, I began to find these characters a treat. There’s Monotaro, the group’s leader who is actually quite childish and loves the brutality of the killing game but also has a soft side. There’s Monokid, the rascal, glam-metal, loud-mouth of the group, and Monofunny, the only female of the group who is gentle and can’t stand the violence (quite similar to Monomi from Danganronpa 2). Monosuke is the most intelligent of the kids who is more calm and collected, and finally Monodam who is the most robotic of the group and can be very unpredictable. The writing of these characters and the mixed personalities shows Kodaka’s dark humour at its best as they all (with the exception of Monofunny) over-glorify the killing game’s murdering. I was originally indifferent to the idea of there being 5 new Monokumas, but the game so far uses them to great potential and they make up a great part of the game’s humor. 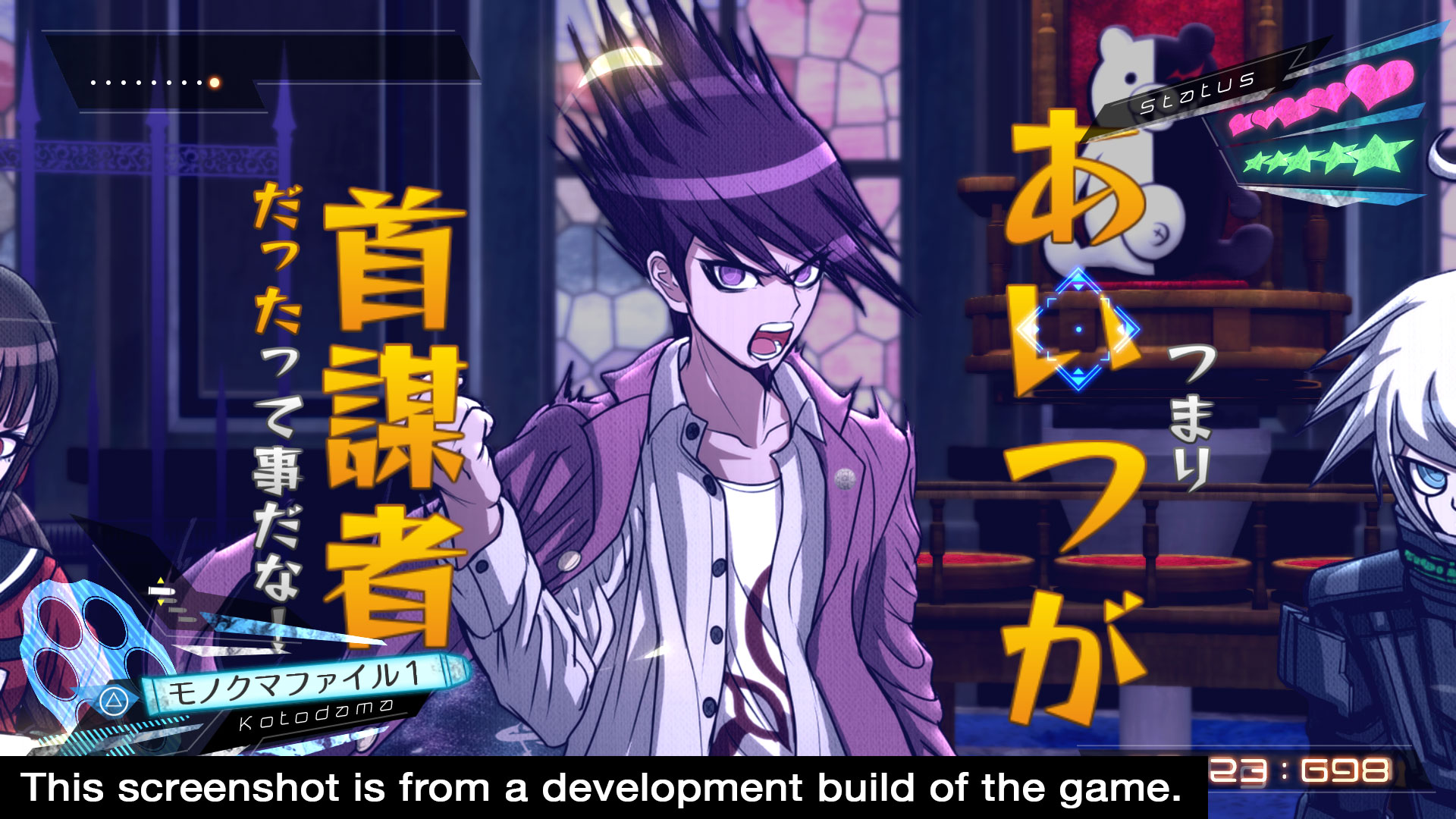 Moving away from the plot-centric side of things, while the investigation gameplay of Danganronpa V3 stays pretty much entirely unchanged from the previous games, the Class Trials now have a slew of new features. The Non-Stop debates carry over from Danganronpa 2, where you can now use Truth Bullets to prove testimonies wrong, agree with them, or now outright lie by changing Truth Bullets to Lie Bullets. This adds a new level of distrust among the characters as they don’t exactly act oblivious to lies during the Class Trial setting. Another addition are Panic Debates, in which multiple people talk at the same time and the protagonist must try to figure out which person’s testimony contradicts the Truth Bullets. Probably my favourite new addition to the game, though, are Scrum Debates, in which two halves of the group disagree with each other and so the player must use a piece of testimony from one person on their team against a person on the opposite team’s individually. Returning mechanics such as Hangman’s Gambit, Rebuttal Showdown and Bullet-Time Battles have been altered too but not too differently.

While so far there is a lot to enjoy about Danganronpa V3 from my completion of the first case on my imported copy, there are some very important choices made with the story and certain characters that I’m having a very hard time enjoying and are acting very detrimental to my enjoyment of the game overall. That said, the change made to the Class Trial gameplay, most of the new characters and the Monokuma Kubs are definitely keeping me from outright disliking the game, far from it. I’m just hoping things stay that way because I’m still not a fan of how the game chooses to space itself from the other games while acting as a finale. Especially since the last two games’ characters didn’t get the ending they deserved. That said, I’m intrigued to play more of Danganronpa V3: Killing Harmony, which I won’t be making a full review of until its Western release on September 26th, 2017. I am hoping to review the previous two games when they release on the PlayStation 4 next month, as well as Danganronpa Another Episode: Ultra Despair Girls when that releases on PS4 in June, so be sure to keep up to date with Gaming Respawn for those! 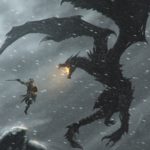 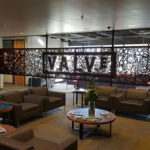 Gabe Newell Reveals Why Some People Hate Working at Valve