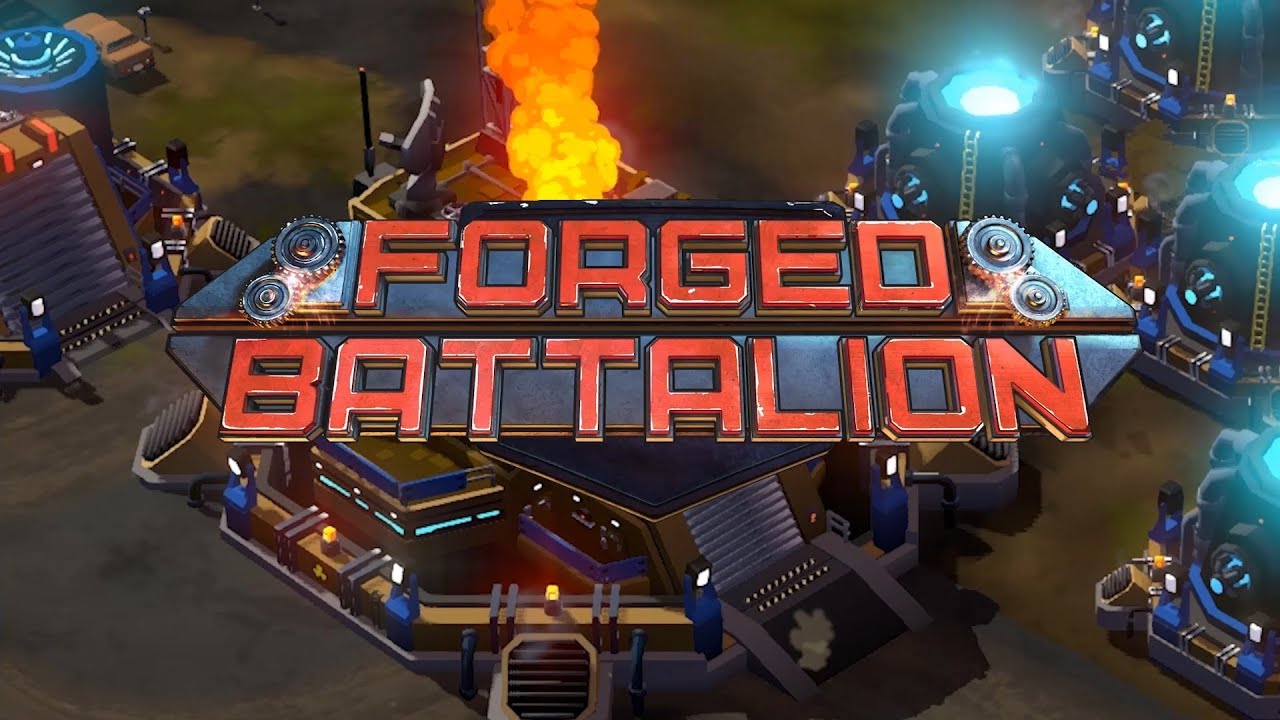 There’s not many times where I can truly sink my teeth into a nice real time strategy game. The tense and frantic rush for resources, the ignorance of what lies beyond your recon units, and the moment when everything you’ve built up comes crumbling down because of some unguarded route or unbuilt unit type. It’s stressful to say the least, and that’s not the type of feeling I look for when gaming. This being said, I can still enjoy a real time strategy if it catches me in a good enough risk reward loop. Tooth and Tail (a wonderful game from 2017) did a wonderful job at this. Every decision felt like it had weight but it also felt that if I made some mistakes I wasn’t going to pay for the rest of the game. Call it casual, or easy, but this is the way I love my RTS games to feel; dynamically shifting effects to the very different amount of various errors I put in. Forged Battalion, a new RTS from Team 17, did the exact opposite. It’s AI, among many other things, felt almost alarmingly stupid and isolated from the decisions I made all game long. This was only the first major hiccup I had while playing this very copy and paste RTS, and sadly my experiences only got worse.

Upon beginning in this new world of mechanized combat, you’ll find that the story which tries to engulf you in its convoluted world is completely textual. Apart from in game chatter which corny actors spew out, were left to completely imagine the conflicts Forged Battalion describes. It would have been an interesting set up; the worlds left to only a few scattered rebellions as the leader in technology completely decimates them. This story might’ve been done before, but at least it was something. It’s just sad that however interesting or averagely enhancing the story was, we had very little engagement in such a world. The science fiction background was only a mere setup for the whole game and not an interesting story in itself. 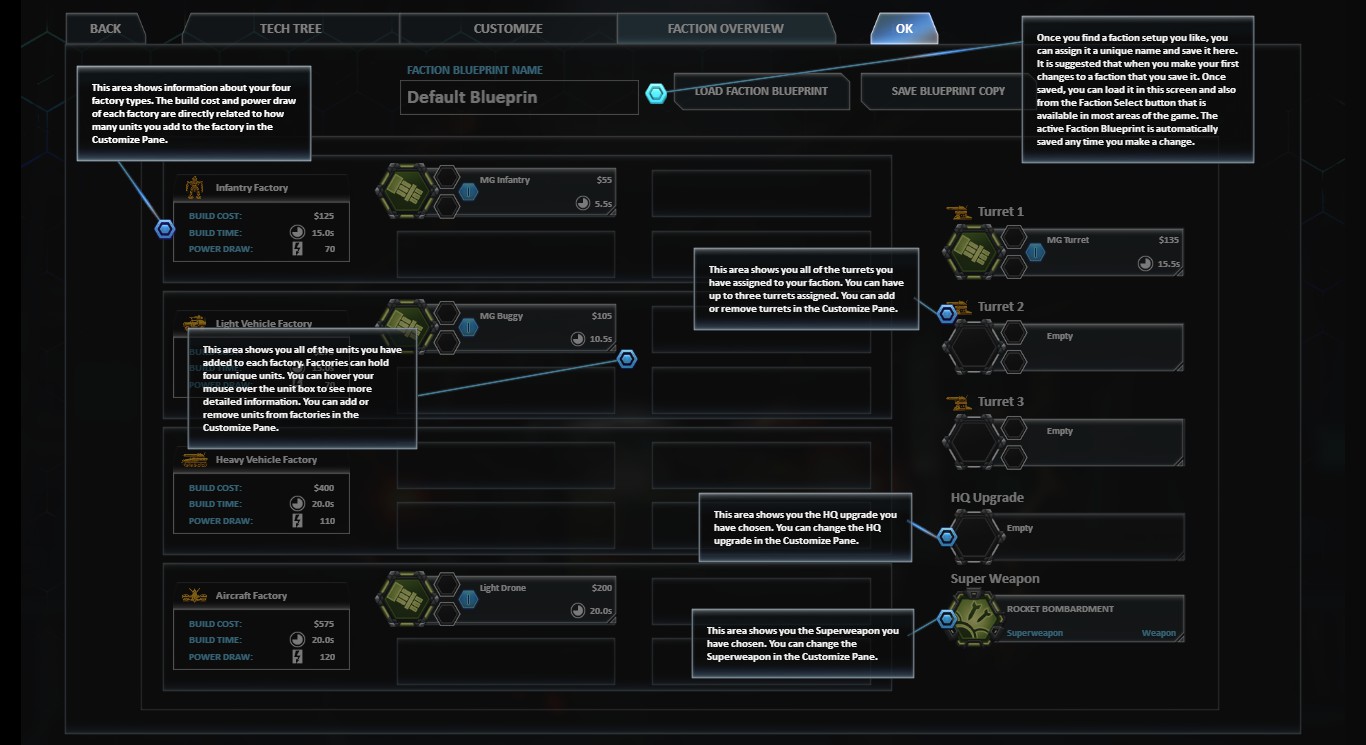 All of this aside, Forged Battalion was still a mess. Tutorials were vast, and when you’re in the middle of them you’ll know because once again text serves as its main deliverance. For an RTS with as many of rules and nuances as Forged Battalion this is a huge mistake. I was practically falling asleep while reading many of the in game hints and long stretches of tutorial sections. To say the least, these parts of Forged Battalion were appalling to go through. The worst part? Once you’re passed these long periods of text, nothing in Forged Battalion is worth the wait.

A lot of the game is just a copy of most popular RTS games of the modern age. That’s it. There’s nothing special about the gameplay here, and rarely did I catch myself (a casual RTS player) caught off guard by the game’s mechanics. I’d start by building the basic structures needed in most other games in the genre; a farm for currency, a barracks for more troops, and some other amenities which support the fire power of my fairly simple army. One thing I will amend Forged Battalion for; its art direction. My mechs often trudged through the ugly grime of an apocalyptic world to the delight of my eyes. Greens flashed with a bright radioactivity, red beams of light fired from my tanks to brighten the pallet, explosions littered the battlefield enough to make fighting more electrifying. This was all great, but the fact that Forged Battalion’s gameplay felt done before just made my clicks all the more robotic and non strategical. I was simply mashing buttons which I knew could lead to victory, and when they didn’t Forged Battalions worst bits revealed themselves. The AI which tried to challenge me instead made their plans of attack more obvious than any player would like. 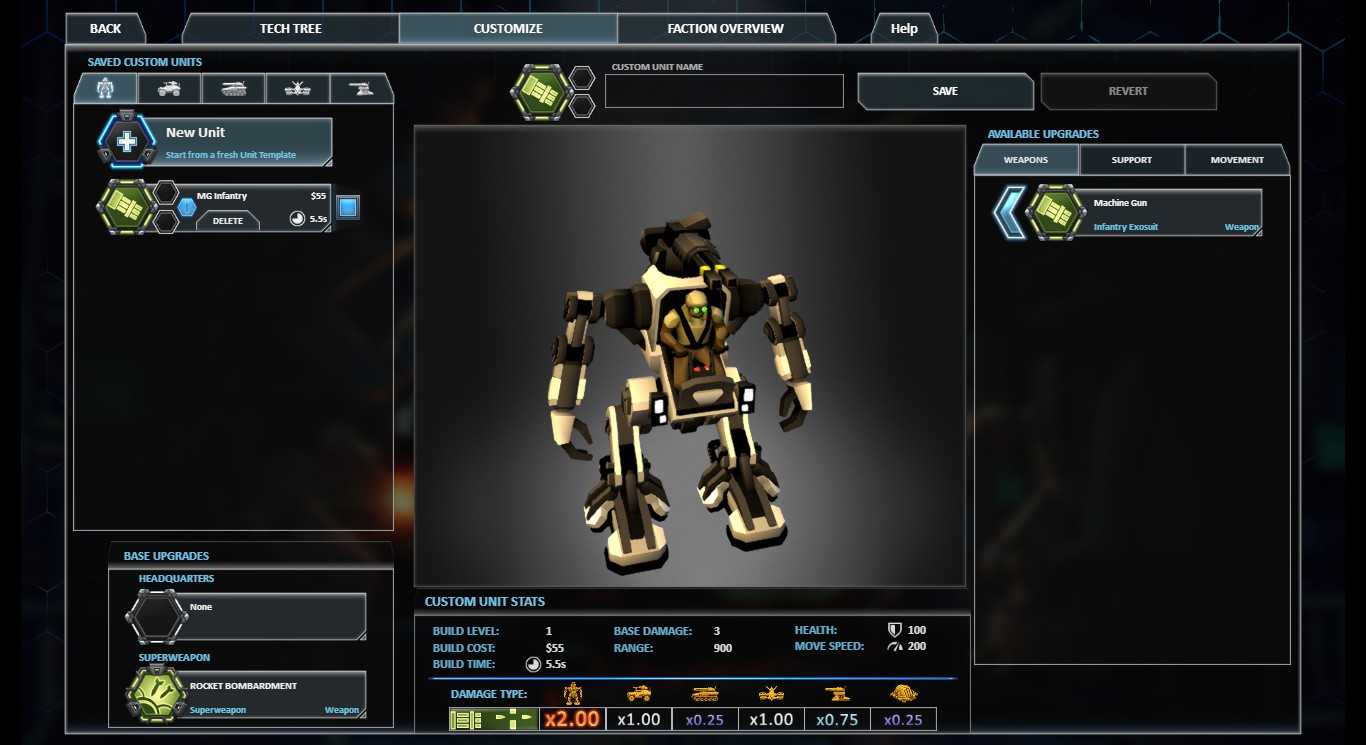 Playing a couple of minutes on the average difficulty I started to notice that the enemy AI was programmed very vertically, and very few elements of their attack or defense surprised armies of four to five units would usually go down the same paths as the last ones. With a little bit of studying almost anyone can realize that Forged Battalion has a real problem with AI, and that after about a game or two it becomes quite boring to play with. At the time of posting Forged Battalion’s online mode is not up. But what I can imagine (for now) is playing online for a couple of matches could also wear on you, mostly because of Forged Battalion’s unoriginal gameplay.

One thing is special here; the unit creator. Forged Battalion’s creative system allows for a little customization in the way your units combine their weapons and abilities. These things are unlocked through gameplay and creates a tiny progression system in an otherwise stationary feeling campaign. Though this mode entertained me for a little bit, it ultimately couldn’t save the time I was spending in matches, and couldn’t make me anymore interested in Forged Battalion. It had potential, but like many of the other areas of Forged Battalion the customization just felt shallow and not different enough to spark any need to play this RTS. While I don’t think this was a total waste of a game, at all, I also don’t feel players of the RTS genre need to pick this up when there are so many other games doing what Forged Battalion does better. More importantly, I don’t think the RTS genre needs more of the same, it needs a lot more original ideas. 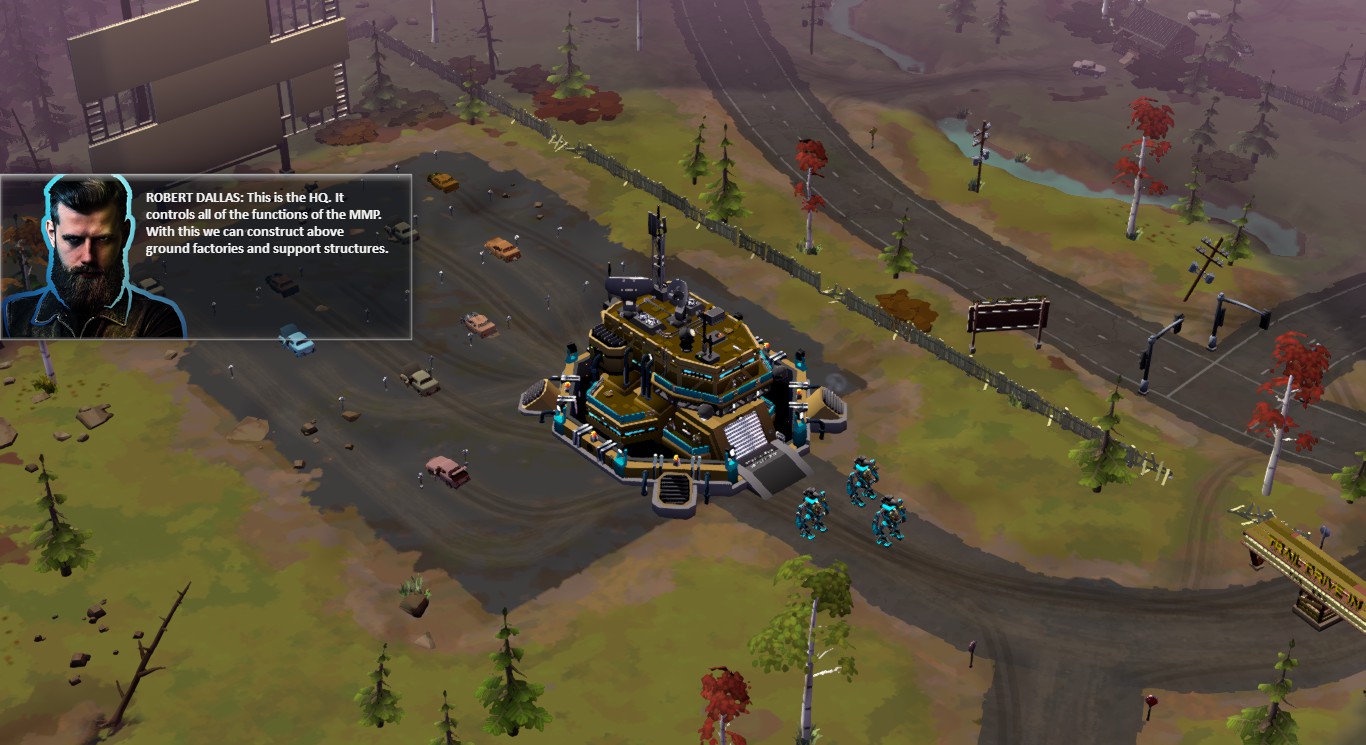 Forged Battalion is a game I categorize very simply; done already. Though the premise of creating my own units and using those in battle is kind of fun, it ultimately lacked the depth I would’ve wanted out of such a possibility. Not only do these additions to the RTS formula feel shallow, they also aren’t great when terrible AI insures matches played in single player probably won’t really prepare you for online play. If you’re a fan of the genre, or new to the genre, I would recommend purchasing a lot of other competitors on the sheer fact that they’ve done things Forged Battalion has done first, and some have done it way better. It’s best to wait for reviews to come out when Forged Battalion is released in full, rather than spending the money now for something that is an average retread of the real time strategy genre. 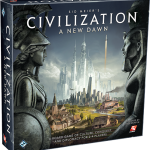 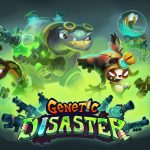