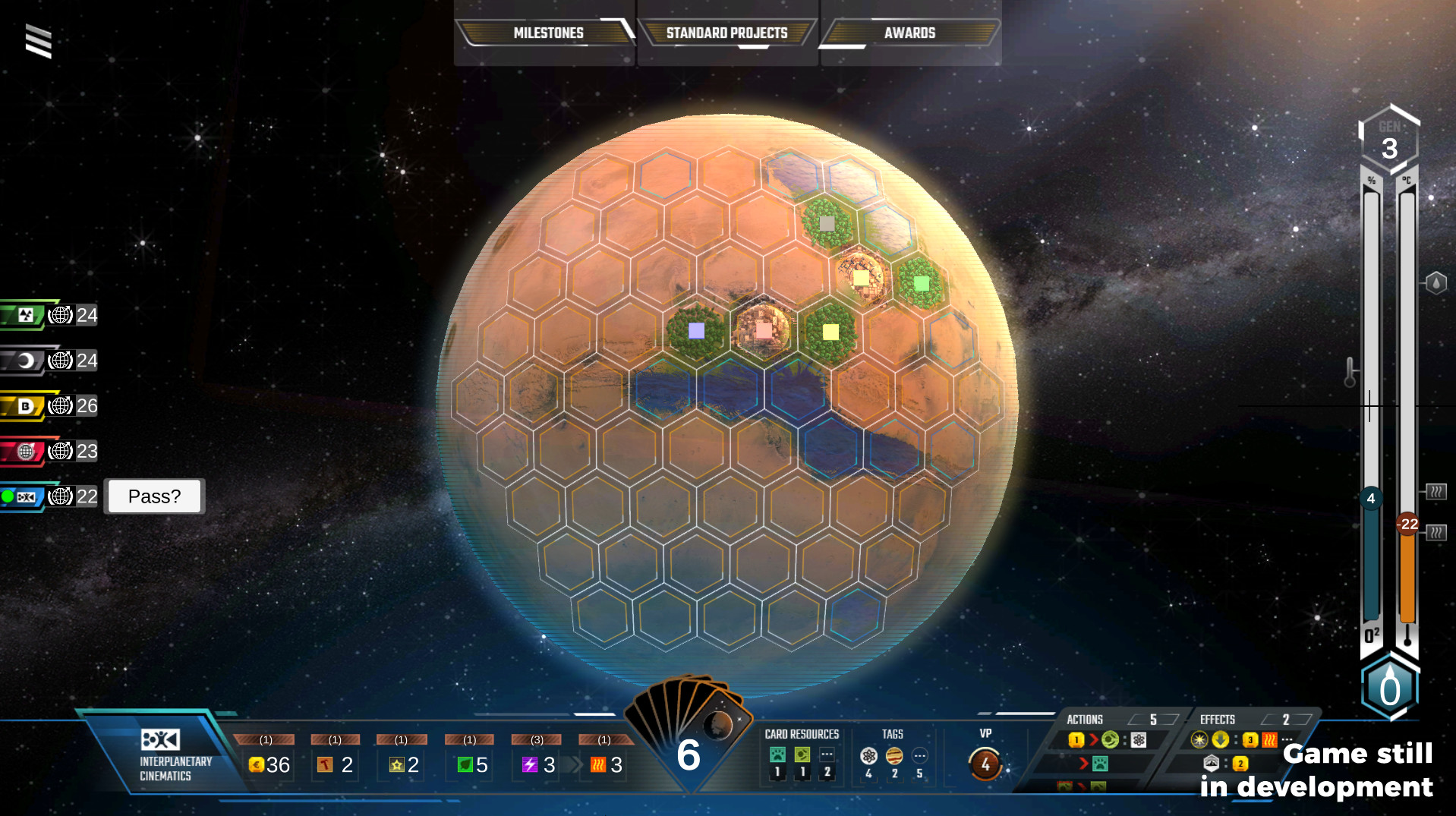 Terraforming Mars is a strategy board game where players take the roles of several corporations who are trying to terraform Mars for a profit. Your job is to score as many points as possible before the oxygen, water and temperature meters fill to the top and the game ends. To do this, you have several standard projects you can perform, as well as a hand of special projects that can have various effects on your score and resource production.

Okay, so the first important thing to note about this preview is that it is based around the pre-alpha build, which was first shown off at PAX East, so obviously there is a lot more to be done before the game is ready for its release in a few months’ time. In its current state, anyone who wants to boot the game up and understand how it works is going to have a tough time of it.

So far the only way to know what you’re supposed to do or what any of your goals are is to download a copy of the physical board game’s rulebook and read through it. There is no help system in the game that explains things to you, and there is definitely no tutorial that can introduce you to how the game works. You have to extrapolate what you can from tooltips and the actual rules themselves. Luckily, the game is pretty much a straight port of the board game, but even so it can be difficult to try and translate certain elements of the board game to the PC version, such as how you get tags and which numbers on your screen refer to which resource or statistic.

Okay, so the game doesn’t teach you anything, but obviously this is something that is more than likely to change by the time of the full release (especially since there are tutorial and rules headings in the options menu which are currently empty), and the instructions for the game are freely available online. So once you’ve had a game or two, you can probably extrapolate easily enough how to actually play the game. Once you’ve crossed the current hurdles of the game, there is a lot to be enjoyed.

The PC game managed to capture a lot of the elements that went towards making the original board game such a big hit with people. There are deep layers of tactics to everything that you do, and the HUD for the game does a decent job of conveying all of the important information without being so cluttered that it feels totally overwhelming. All of the important bars and meters that tell you how close the game is to ending and how many points each character has so far are present and easy to find, at least once you’ve figured out which one is which.

The game does a good job of replicating the visual style of the original game’s board and pieces but also manages to add effects or features that you just couldn’t get in a tabletop game. When you move your mouse around the planet board, your view rotates around the curved sides of the planet, giving you a real sense of floating in space as you play. The sound effects and music help with this as well, borrowing quite heavily from many other space-themed soundtracks which feature occasional beeps and gentle synth/piano music, as well as atmospheric swirling noises.

Terraforming Mars is in a very good position right now. It is being built around one of the most enjoyable strategic board games of 2016, and even in its extremely early state, it is still a ton of fun to play once you’ve got the hang of it. If they add support for online play, as well as maybe even a hot seat mode, then there is no reason why this game won’t be a massive success, considering its strong foundation. 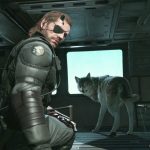 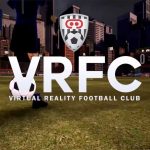