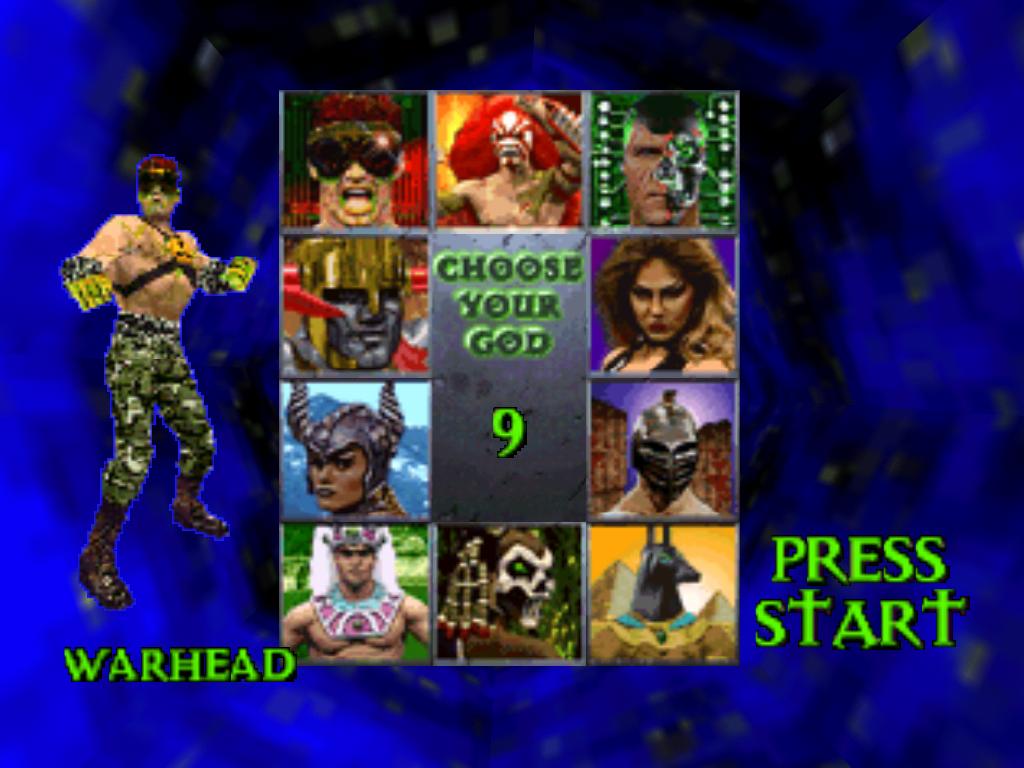 It might seem strange that I’ll be starting my article on this week’s retro game by talking about a completely different one, but it would be impossible to talk about War Gods without at least paying the briefest of lip service to the game that inspired not just it but many other releases just like it.

War Gods falls comfortably into a category that has come to lovingly be known as “MK Klone”. If replacing the “c” in “clone” with a “k” hasn’t tipped you off, I’m of course referencing the video gaming behemoth that is the Mortal Kombat series.

Released to the arcades by Midway in 1992, the original Mortal Kombat made an immediate splash with its digitised graphics and horrifically brutal “fatalities”, which saw the kombatants murdering each other with reckless abandon and unapologetic glee.

Buoyed by the success of the series, other companies decided they’d like a piece of the digital gore-fest pie, and thus the video game world was “treated” to such classics as Kasumi Ninja and Way of the Warrior. These games retained the digitised graphics, along with the fatal finishing manoeuvres, but all of them failed to live up to the original series that inspired their creation. 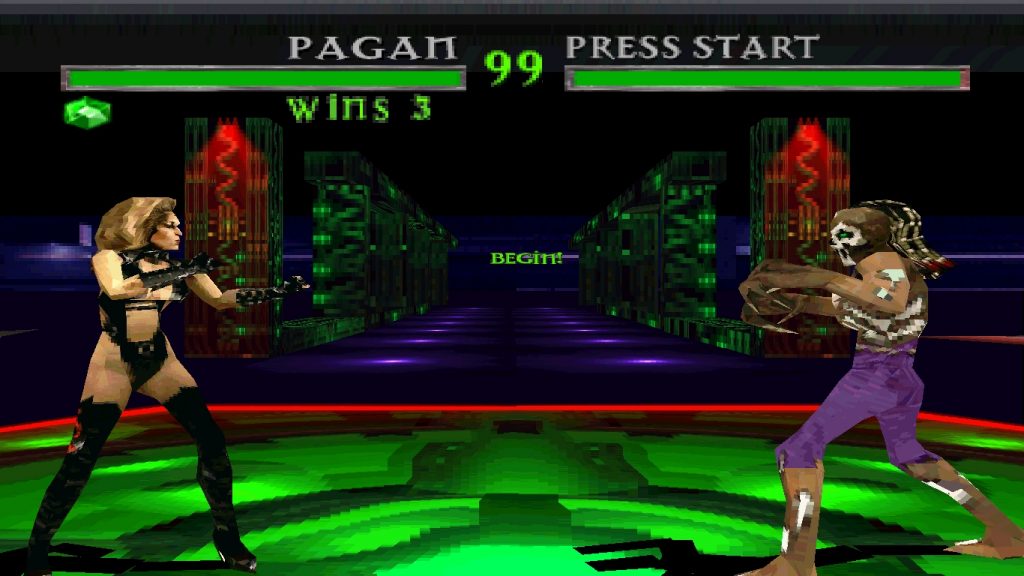 The truth was that, simple as the series might have seemed to the outside eye, Mortal Kombat and its 2D sequels just did wholesale violent slaughter better than anyone else. The games were just on the right side of playable to make up for the comparatively stiff controls (especially when compared to the speedy and fluid gameplay you would find in a game like Street Fighter II), and though the gore itself was a big selling factor, the game also had a sharp sense of humour and colourful characters that connected with people.

Midway enjoyed continued success with the original MK’s two sequels, improving on each previous release with increasingly vicious death moves, even more outrageous characters and an ongoing story, which saw evil emperor Shao Kahn come to Earth Realm with a ruddy great army to conquer it like Julius Caesar on steroids. However, it was clear that as successful as the series was, it was likely that it would soon need to show some innovation to remain in the public’s good books.

With the 90s moving onwards and 3D games becoming all the rage, Midway decided that it might be a good idea to move the MK series into the third dimension to keep pace with the ever evolving industry. However, rather than just diving straight in with a 3D version of MK, they decided they’d have a trial run first to give them a chance to iron out the kinks. Thus, War Gods was conceived. 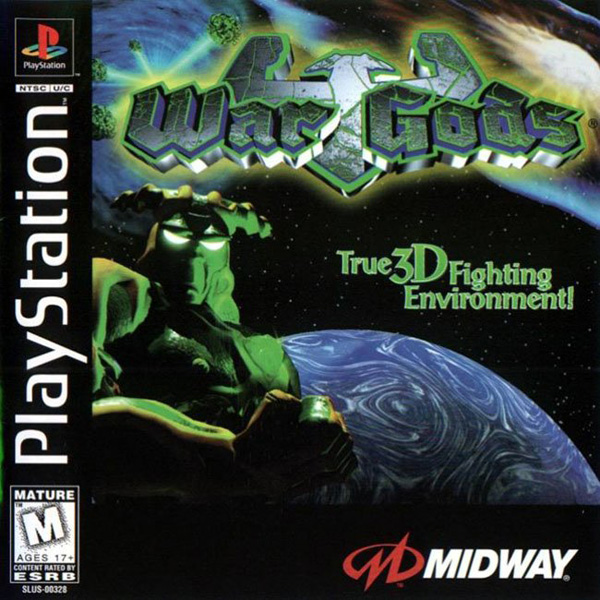 Released to arcades in 1995 before seeing ports to home consoles and PC in 1997, War Gods follows the story of ten fighters who have all interacted in some form with a mysterious ore from space which has turned them into literal Gods of War (sadly, Kratos doesn’t make an appearance), and now they will battle one another to claim ultimate power.

One plus side to War Gods is that the fighters themselves are pretty striking and do leave a lasting impression. Characters like Voodoo, Kabuki Jo and Tak all especially stand out, and all in all, Midway have put together a rather impressive collection of freaks for us to battle with. Despite this though, there isn’t really any payoff to the fighters’ battles.

Every fighter in the game has the same generic ending, whereby they defeat hidden boss Exor and grab all the pieces of the ore, bringing peace to Earth. There’s no character specific text like you would find in the Mortal Kombat games. This means that, ultimately, there isn’t really any reason to complete the game with every fighter because you’ll just end up getting the same ending ten times in a row.

The generic text doesn’t make sense either. Why would a power hungry dark sorceress like Pagan winning control of the ore bring peace to Earth? Surely she’d stomp all of humanity under her leather high heels and rule with a merciless iron fist? And what do you think would happen if reanimated evil witch doctor Voodoo got hold of the ore? I doubt things would be all hunky dory, personally. On the contrary, I’m betting he’d proceed to muck everyone’s shizzle up without a moment’s notice. 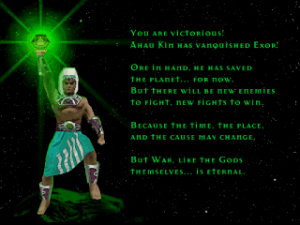 This is a hugely disappointing approach, if for any other reason that Midway were never above giving a fighting game a humorously dark ending if you decided to complete it with one of the trenchant baddies on offer, usually followed up with a cheerful message of “have a nice day” after glibly telling you that your chosen fighter obliterated the entirety of existence all thanks to your dedicated assistance.

Being that War Gods is not just an MK Klone but an MK Klone made by Midway themselves, it of course has its own collection of fatalities for its head smacking roster. Unfortunately though, the moves themselves are missing the panache of their more successful relative. A couple are okay, such as Ahau Kin ripping out his opponent’s heart and then chomping on it, but the rest just feel flat. Some of them are also nonsensical. For instance, why would Vallah, a Viking goddess of ice, have a fatality that involves her burning her opponent on a bed of fire? Surely, it would make more sense for her to off them via the use of ice rather than fire? You wouldn’t catch Sub-Zero setting someone on fire, would you?

But the biggest issue for War Gods, above all else, is that it just isn’t that fun to play. I wouldn’t say it was unplayable, but it’s a 6 out of 10 game at best with serviceable, if thoroughly underwhelming, controls and moves. Tak chucking a boulder like Donkey Kong throwing a barrel certainly has entertainment value, but sadly it proves to be the exception rather than the norm. The game never really feels like it’s truly making use of the 3D element either. It creates the feeling like its 3D almost for the sake of it. 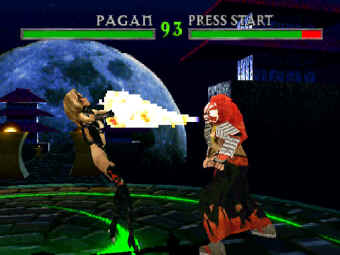 War Gods wasn’t a particularly well received game critically, getting middling scores at best from most outlets. Mortal Kombat 4 got better scores in the 7-8 out of 10 range, meaning that War Gods at least did its job as a litmus test for ideas as Midway tried to adapt the series to a new medium.

I can’t really recommend War Gods. I played it quite a lot in my younger days as the son of my childminder used to have it for his PlayStation. I always saw it as a pale imitation of MK, even in my youth, and that feeling is even more pronounced these days. It’s a shame in some ways as I think with a bit more care this could have been a decent game. The roster certainly has potential in the right hands, and the gameplay wasn’t entirely awful either. It just lacks the spark that was found in Midway’s other series and almost feels like a bit of an unloved child who was neglected in favour of its more popular sibling. 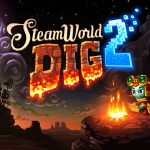 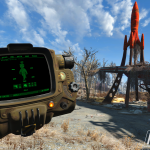